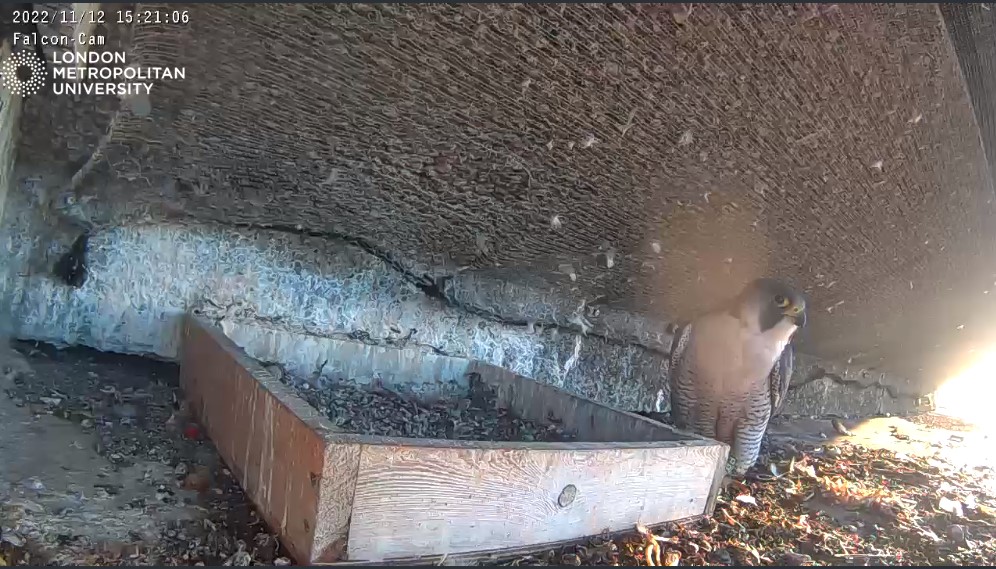 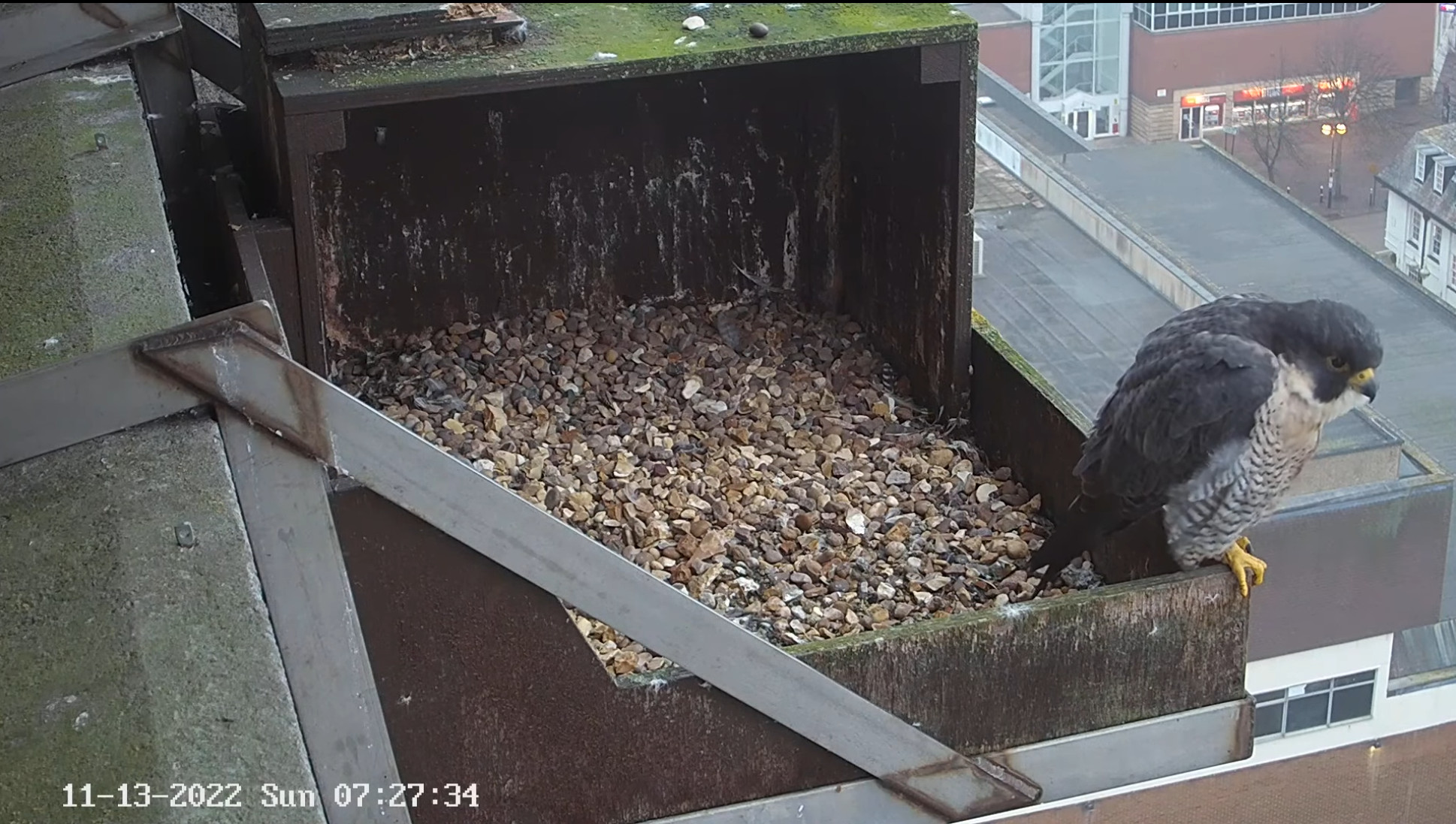 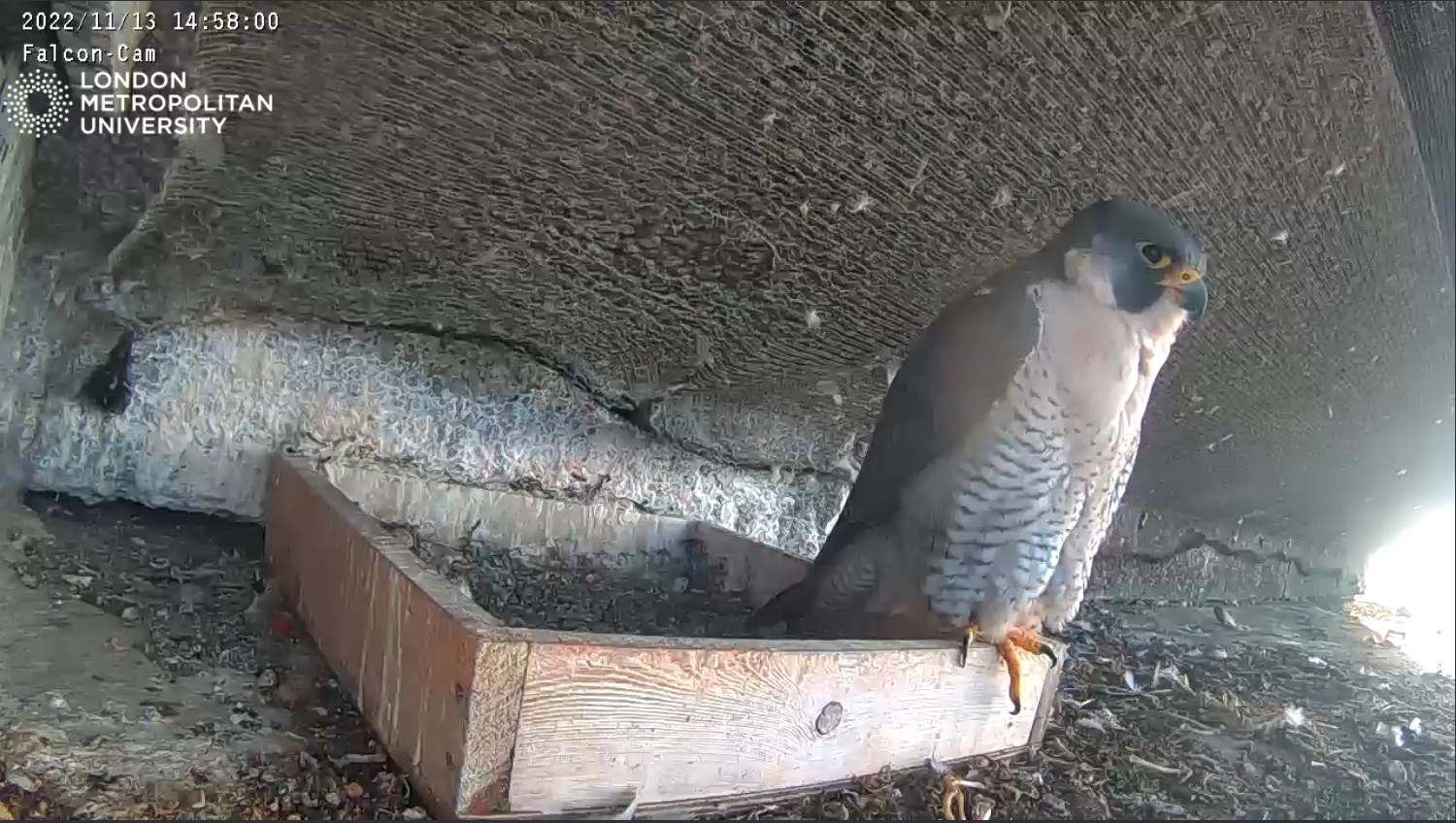 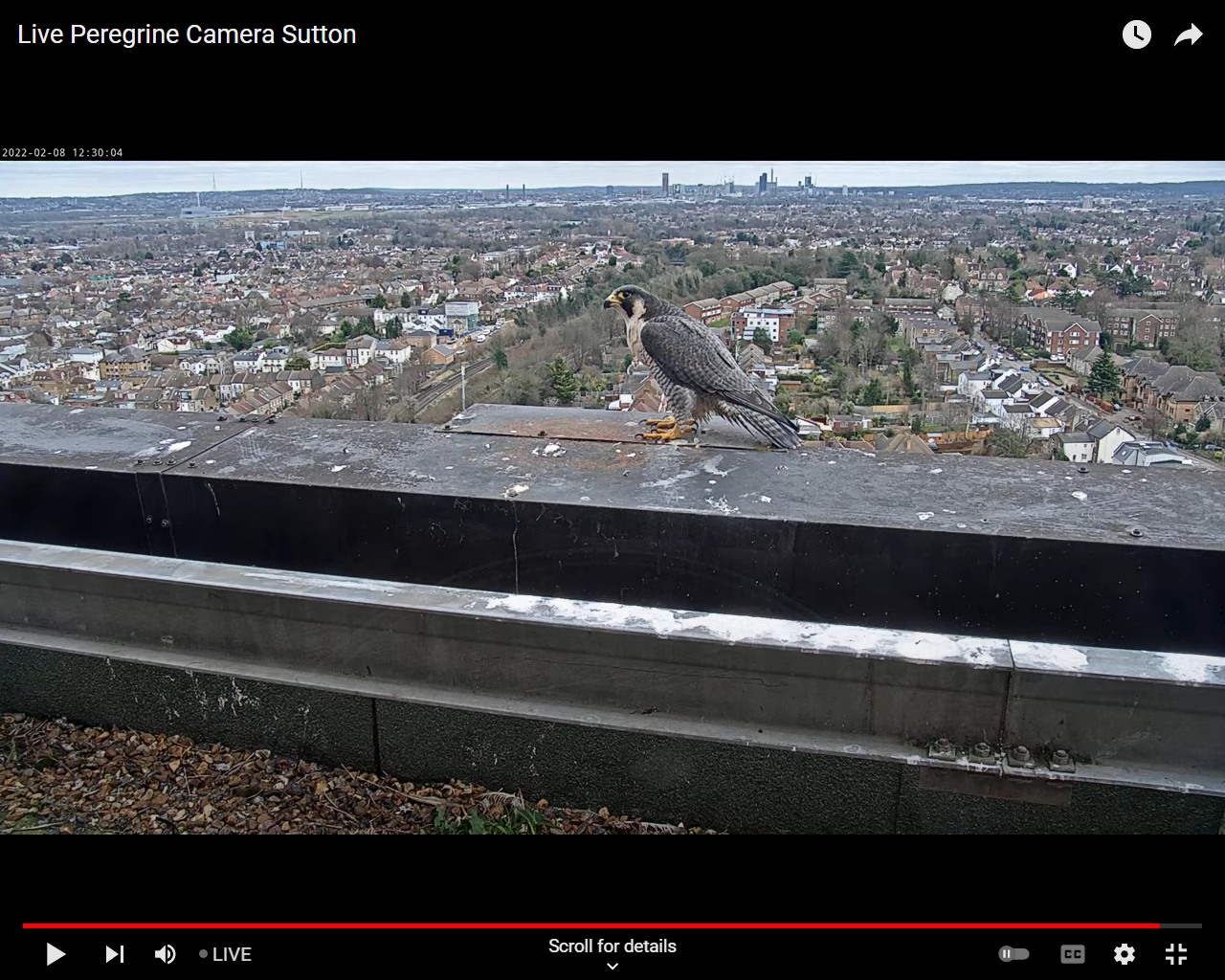 It's with a heavy heart that I write this to advise that Gwen died last Friday, 11 November. An adult female Peregrine had been found grounded and injured just off Sutton High Street and fairly close to a building Gwen often frequented. Recovered by Wallington Animal Rescue, who were subsequently in contact with Stuart (London Peregrine Partnership), it was unfortunately not possible for her to be taken to a specialist facility due to the current restrictions as a result of the bird flu epidemic, so she was taken to a local vet for assessment and subsequently euthanised. The photos we were sent confirmed that it was Gwen.
We're not sure how old Gwen was - both she and Perry are pictured in full adult plumage in the header photograph which was taken by Phil Wallace in June 2011, meaning both will have hatched at least 2 years prior to that. Peregrines have bred on Quadrant house since 2009 and it’s possible Gwen was the falcon from the start, but there’s no confirmation of that or photos of either of the adults prior to 2011. In 2009/10 they hatched 8 chicks, of which 7 survived.
Since 2011, which definitely coincides with both Gwen and Perry being resident, they've hatched 37 chicks of which 32 successfully fledged, so she leaves an impressive legacy. The photos section here has many photos/screenshots of her and Perry taken over the years, and many of their offspring too, and is worth looking through again.
It’s not known how she became injured or grounded – it will have been either been as a result of an impact accident or perhaps following a fight with another/intruding falcon. As yet I’ve not seen evidence of that and since Friday have only seen Perry in the area.
Thanks go to Neil and Amanda from Wallington Animal Rescue ( Wallington Animal Rescue - WAR ) for responding and doing all they could in the circumstances. John (JB). 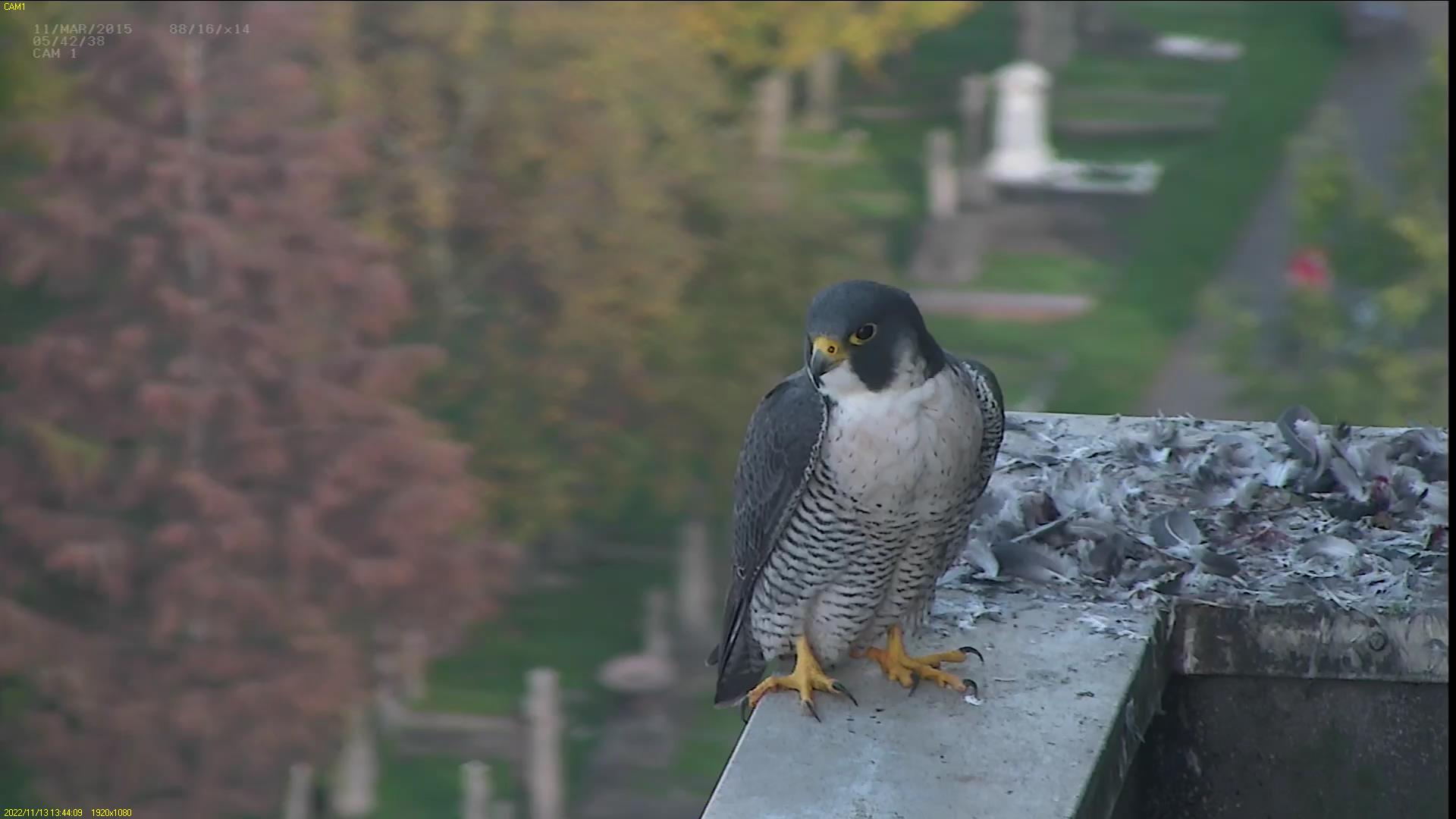 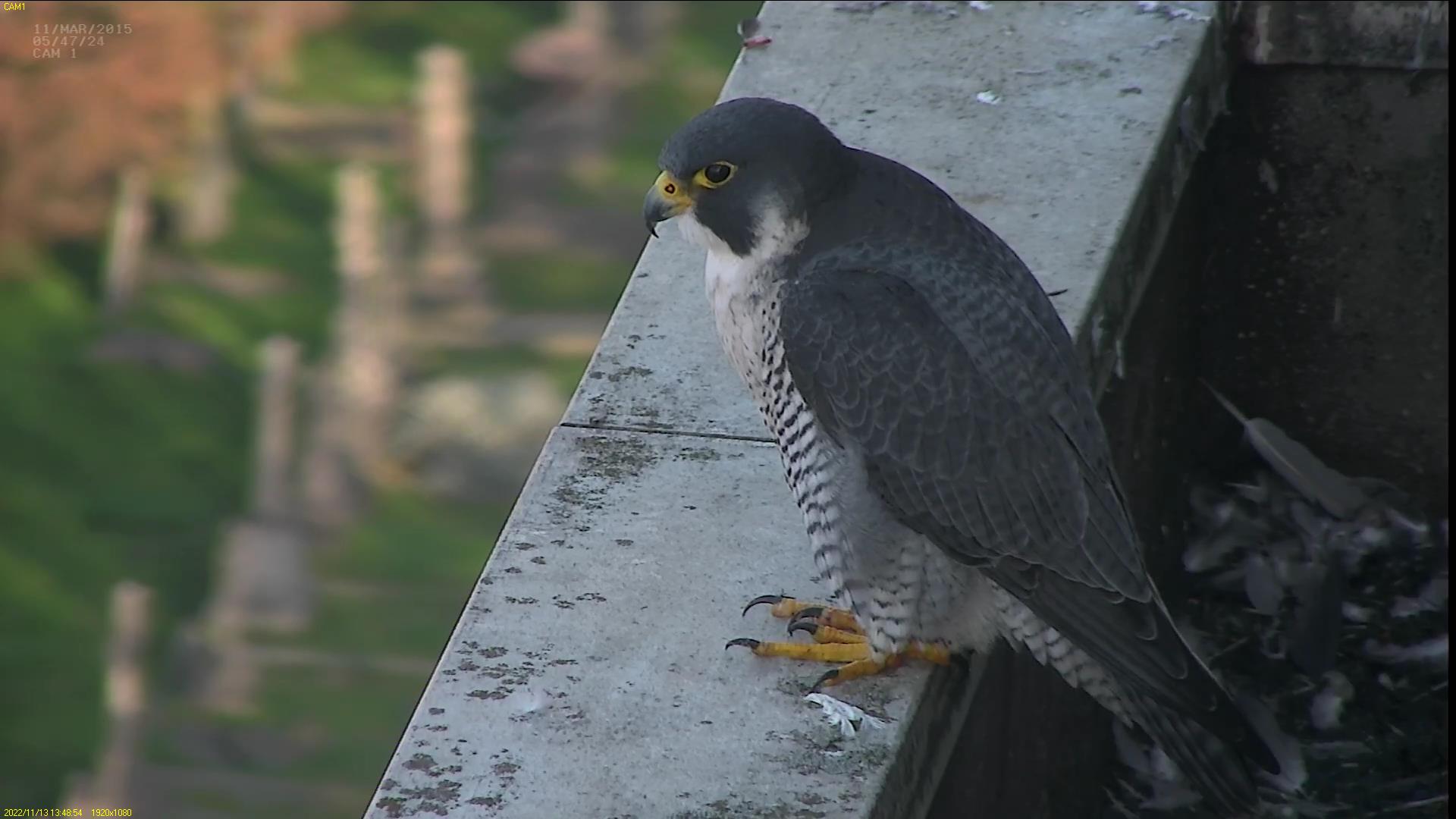 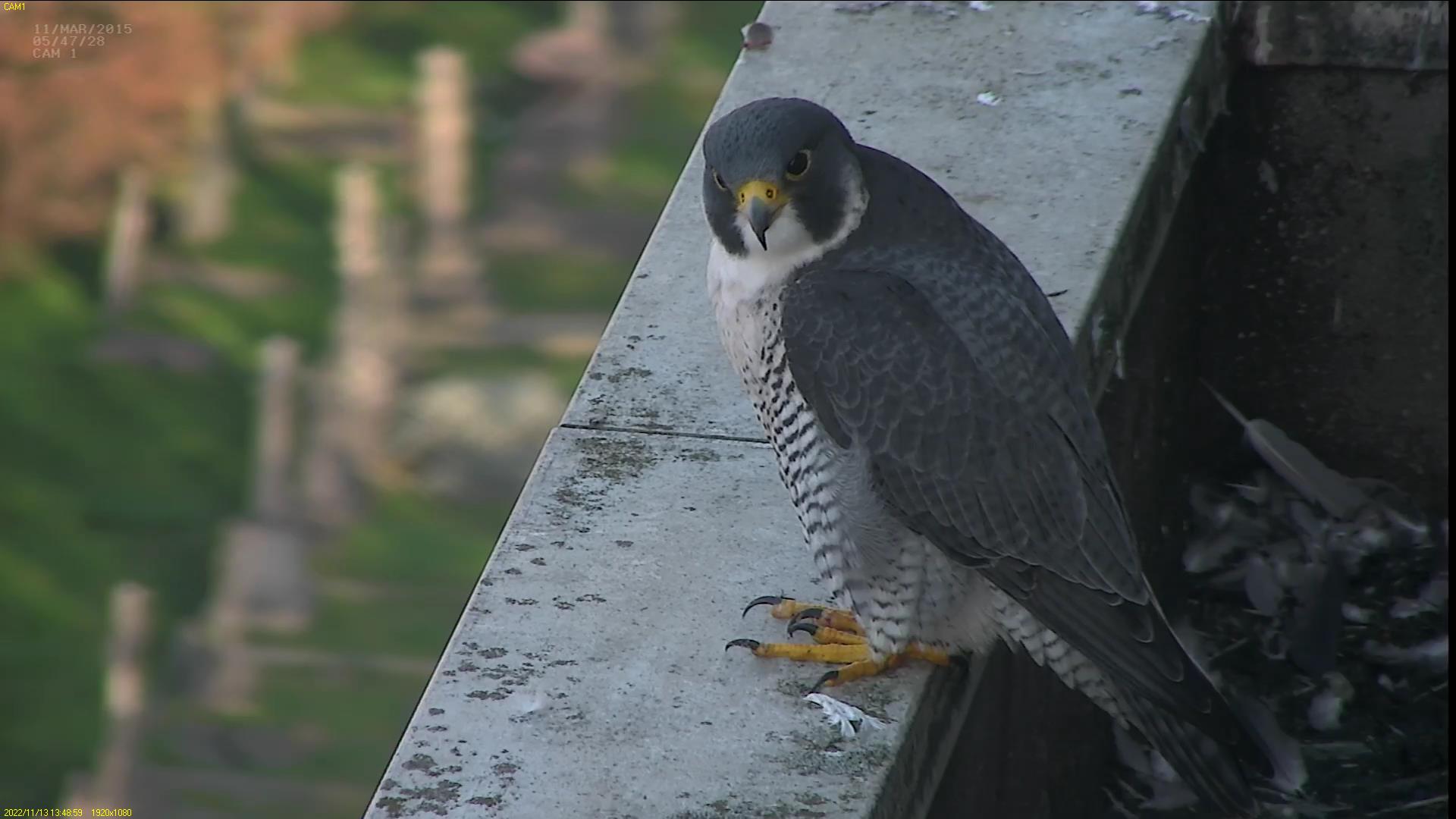 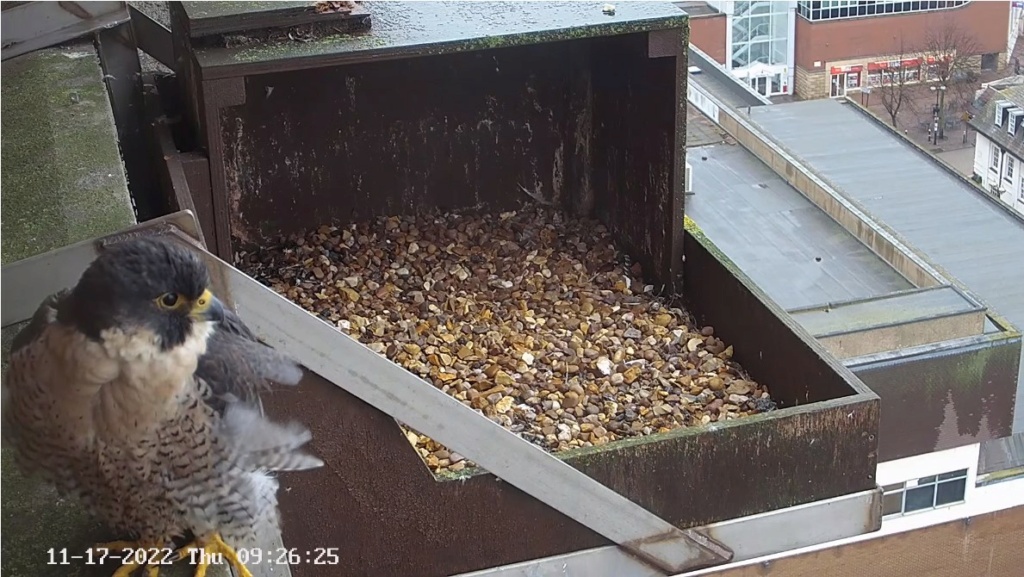 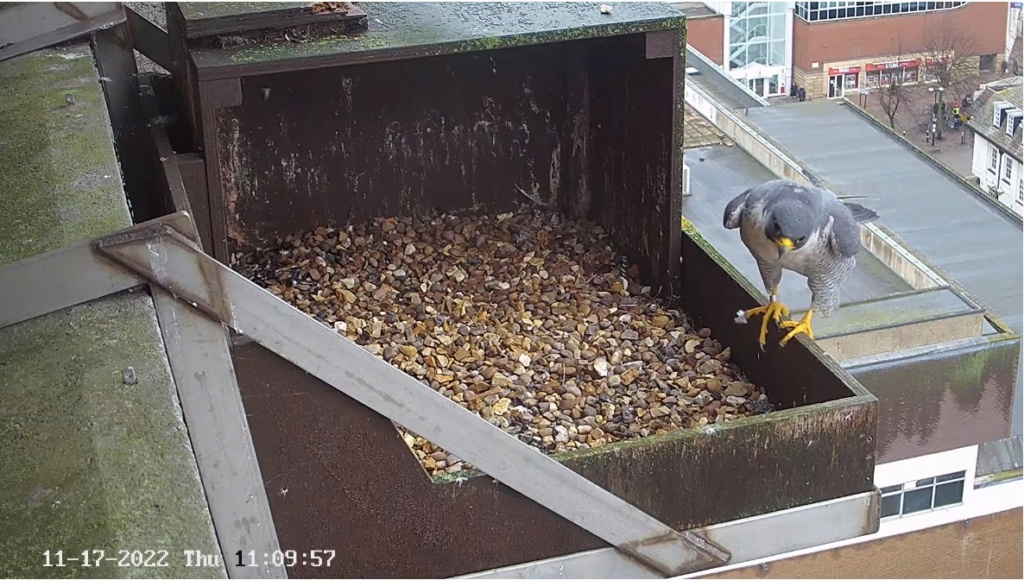 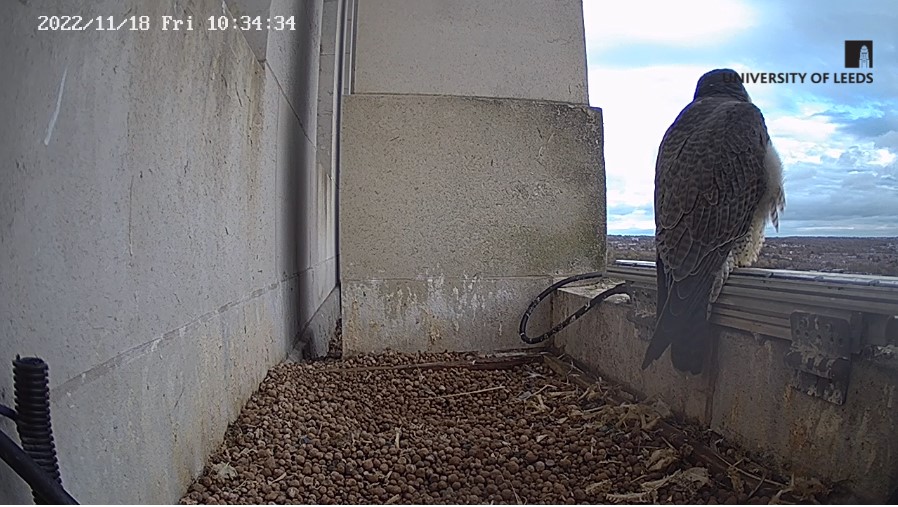 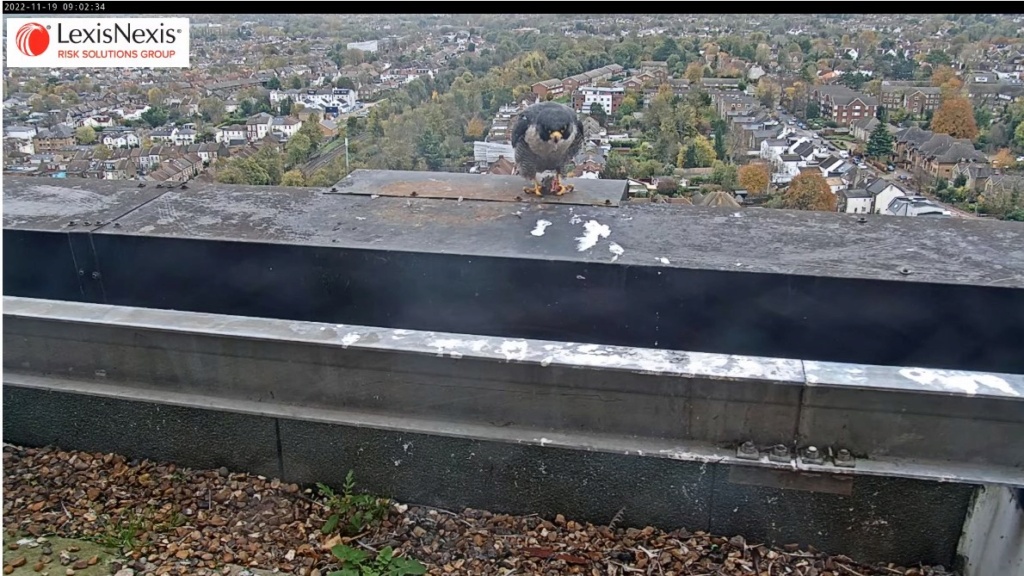 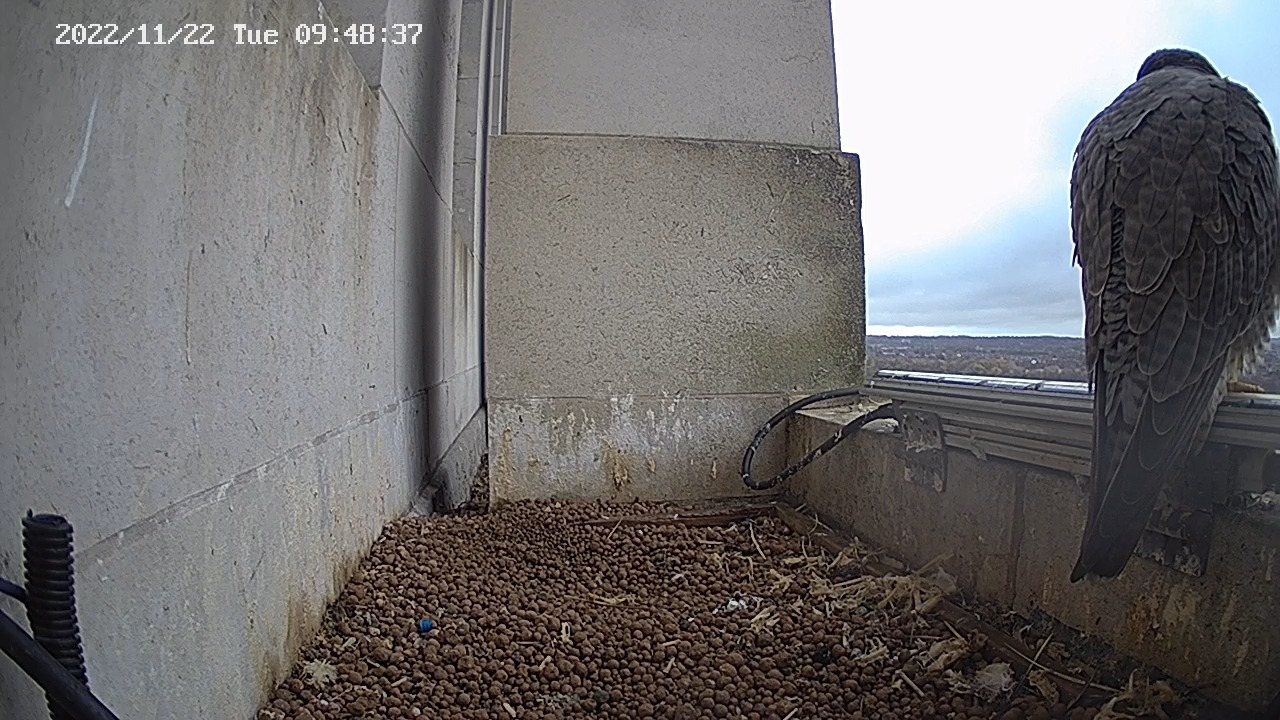 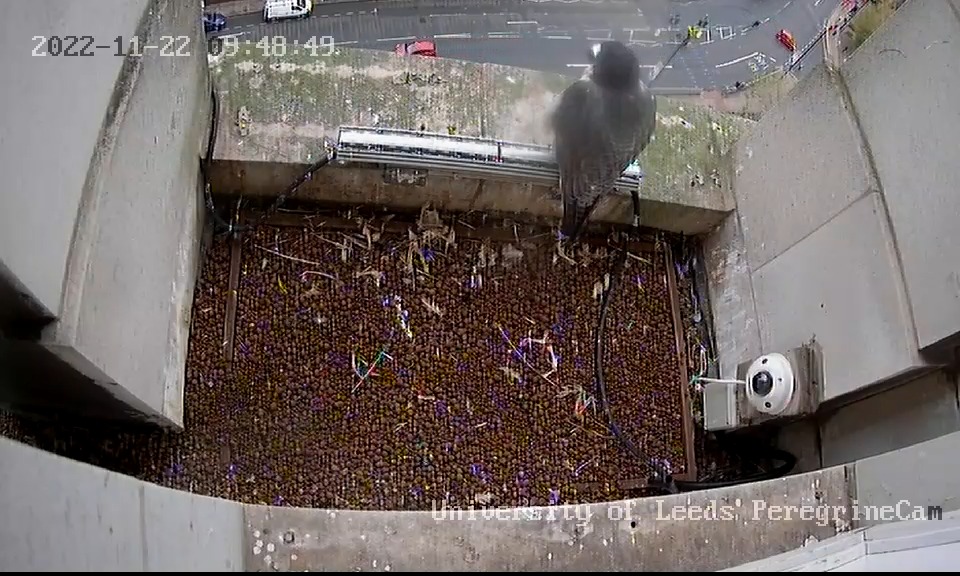 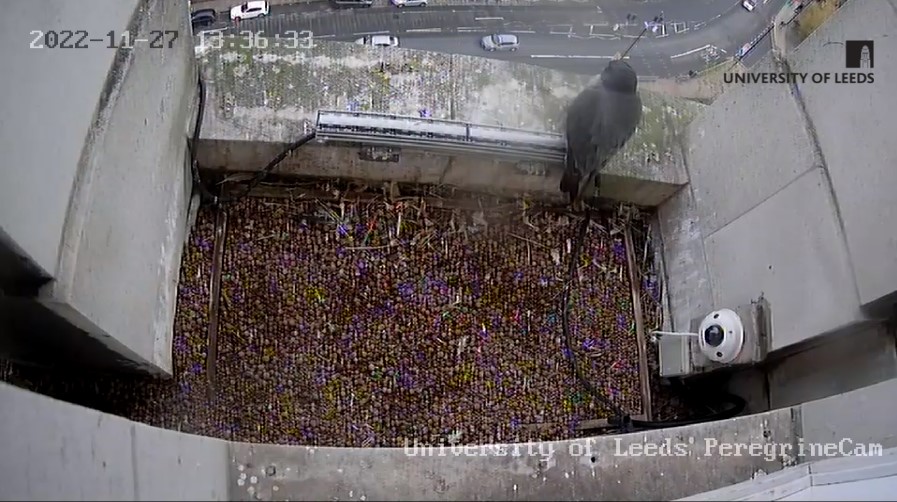 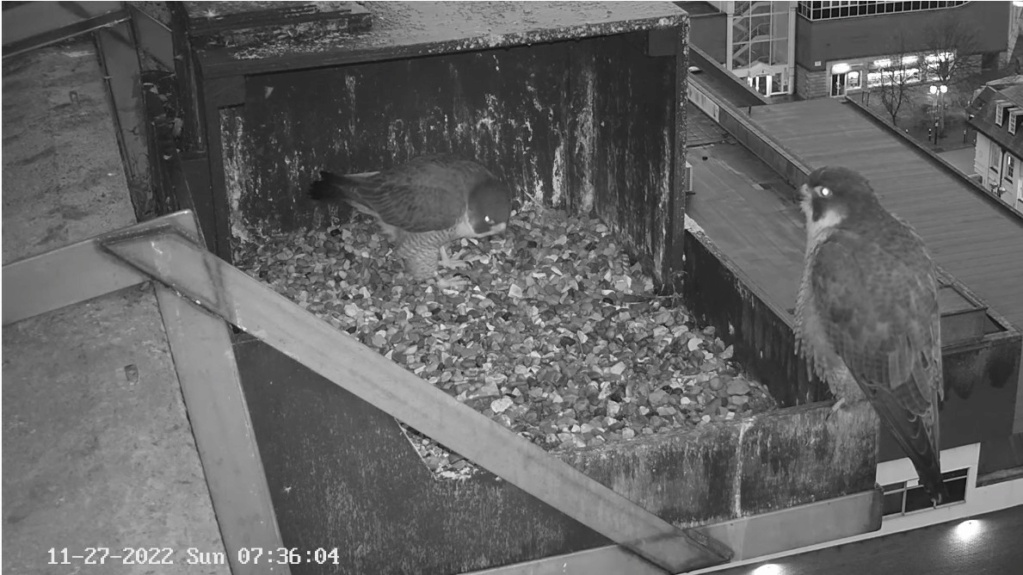 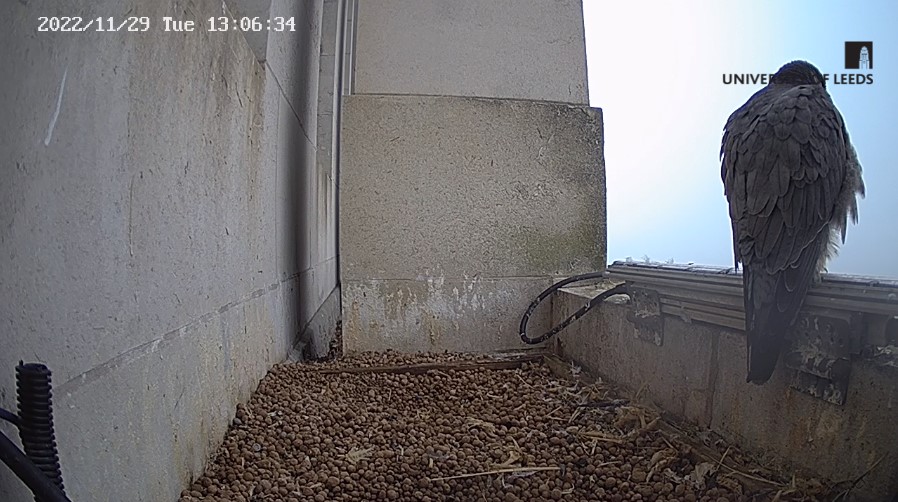 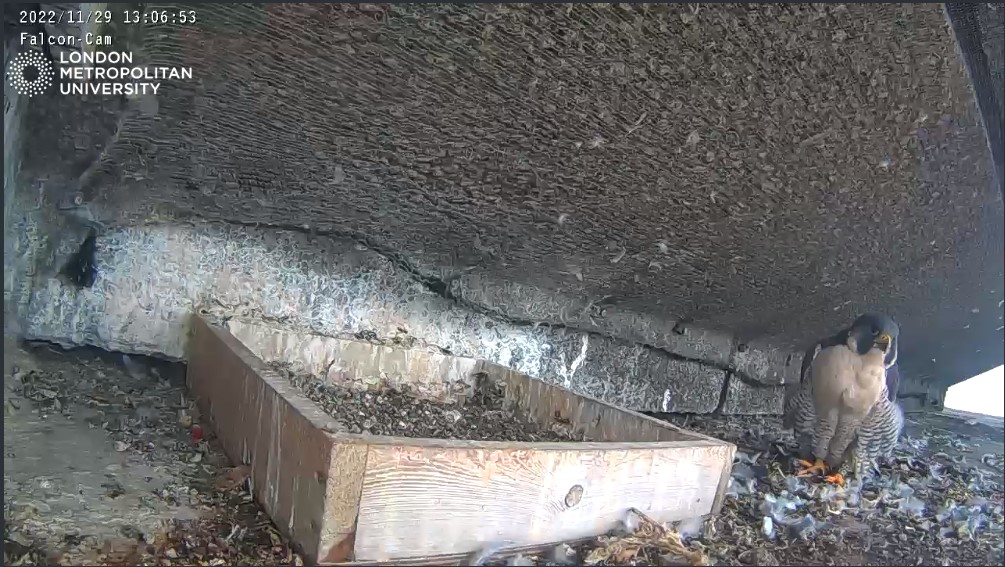 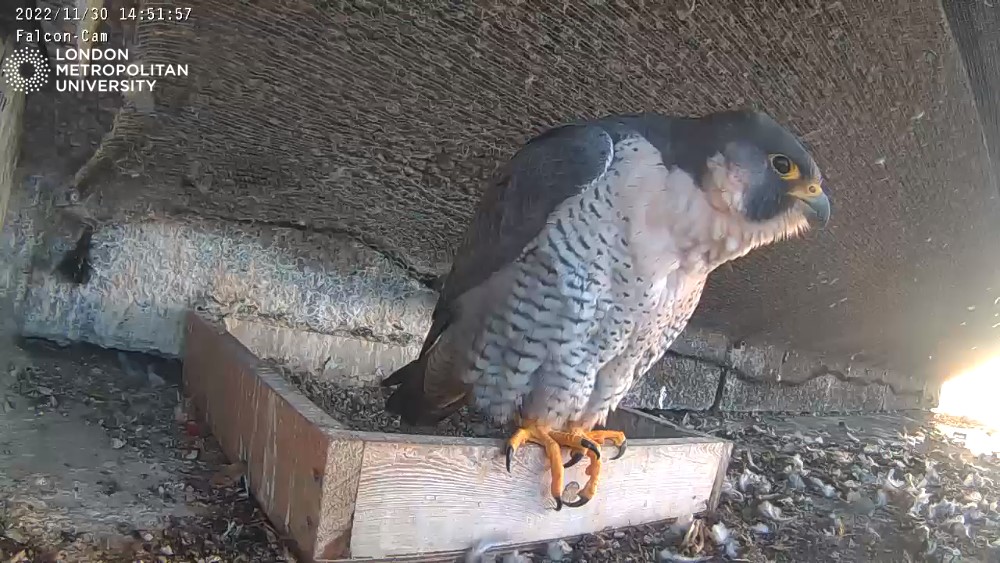 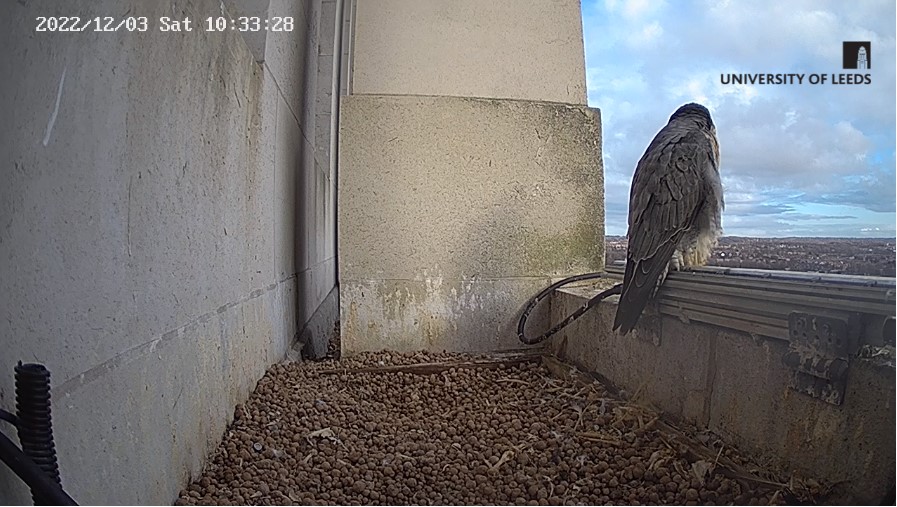