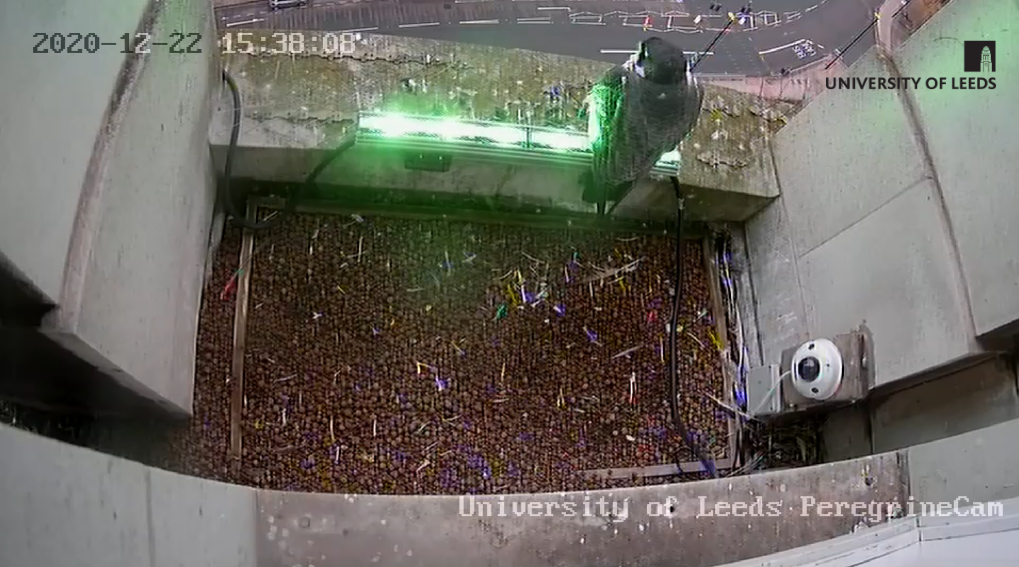 Fulham. Nederlandse valk! A/ZN ( 's Hertogenbosch 2018  Heineken )
As you can see on some of the shots the ring on the right leg of the new visiting female reads AZN in a triangle. I have been in touch with the ringers. She was born in the Netherlands in 2018. But she has been in London since at least April 2019 when she was identified by Stuart of the London Peregrine Partnership at Alexandra Palace, where she was until last week it is thought.  We are pretty sure that she was one of the intruders landing on the ledge during the incubation so she'd already paid the site a visit. It's only around 10 miles between the sites so, for a Peregrine, it's pretty much next door

I am told that she tends to disappear from time to time so will she stay or will she go back there? She seems to like it here and I hope Tom will accept her but I am quite puzzled by his courtship flights which still seem to be a tad aggressive. Only time will tell...
The last two shots show Tom on one of the Fulham Reach cranes and the female on another crane much further away in Hammersmith. I saw her stooping from there a couple of times, presumably to catch one of the numerous Pigeons there. 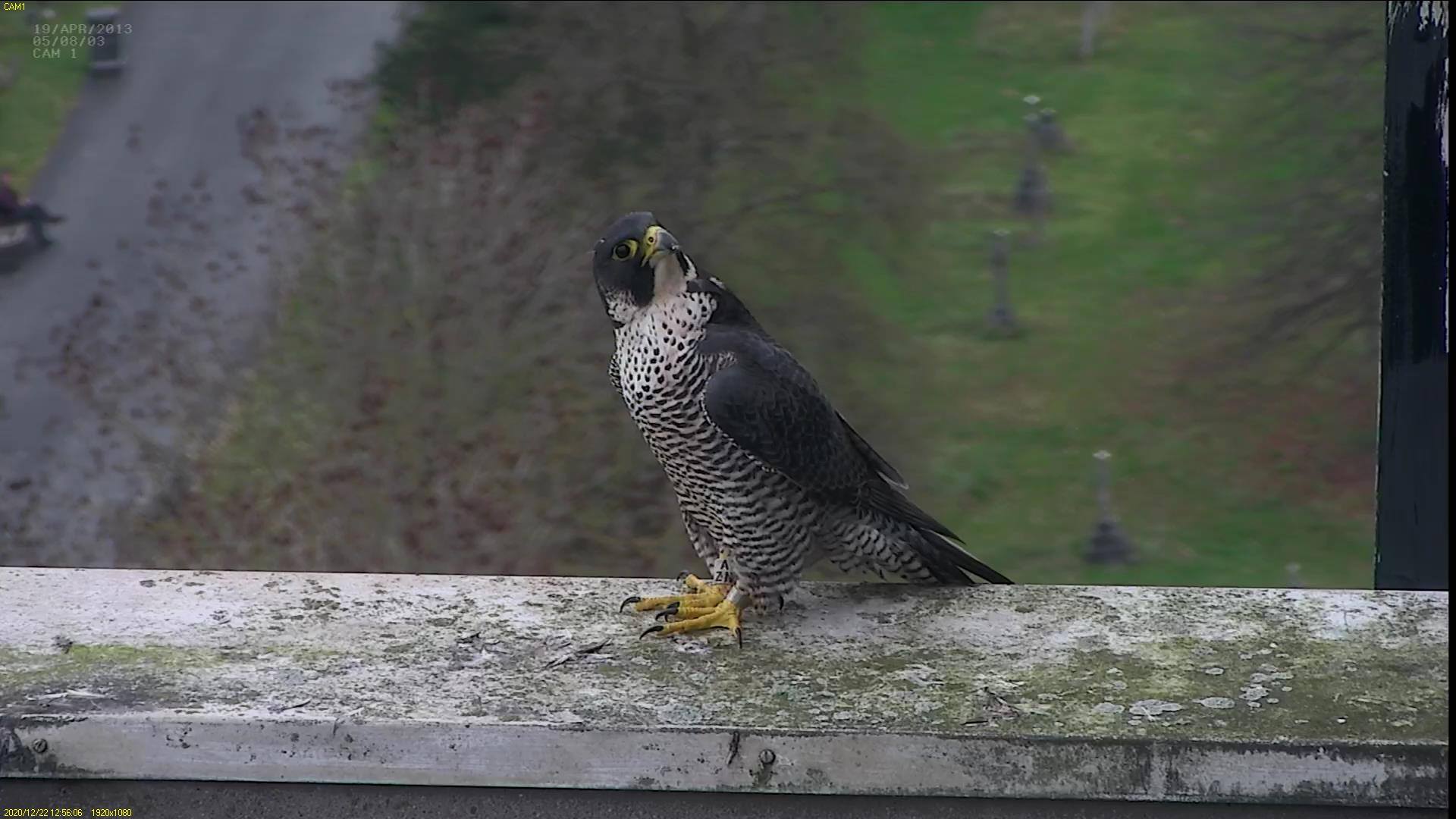 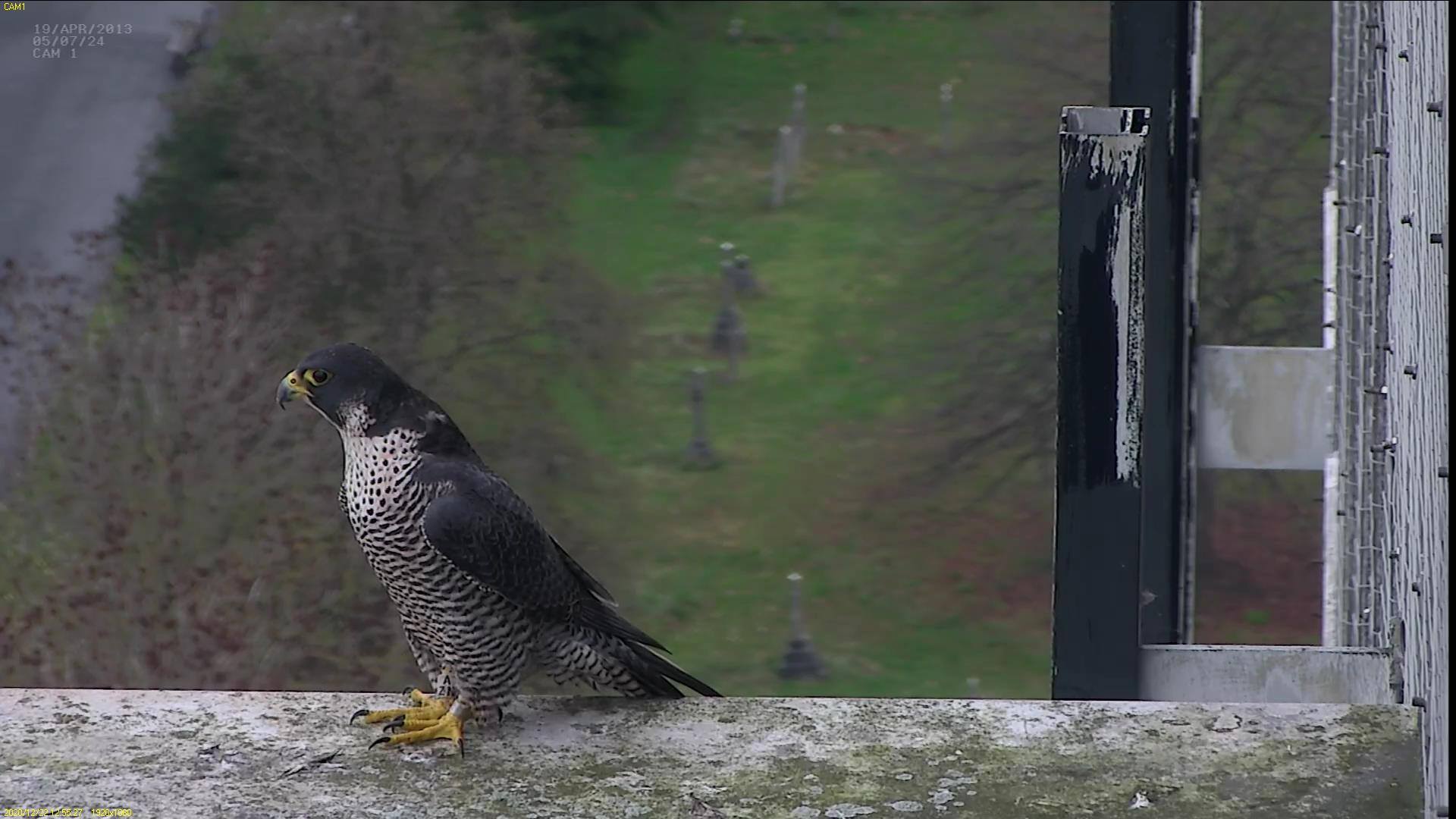 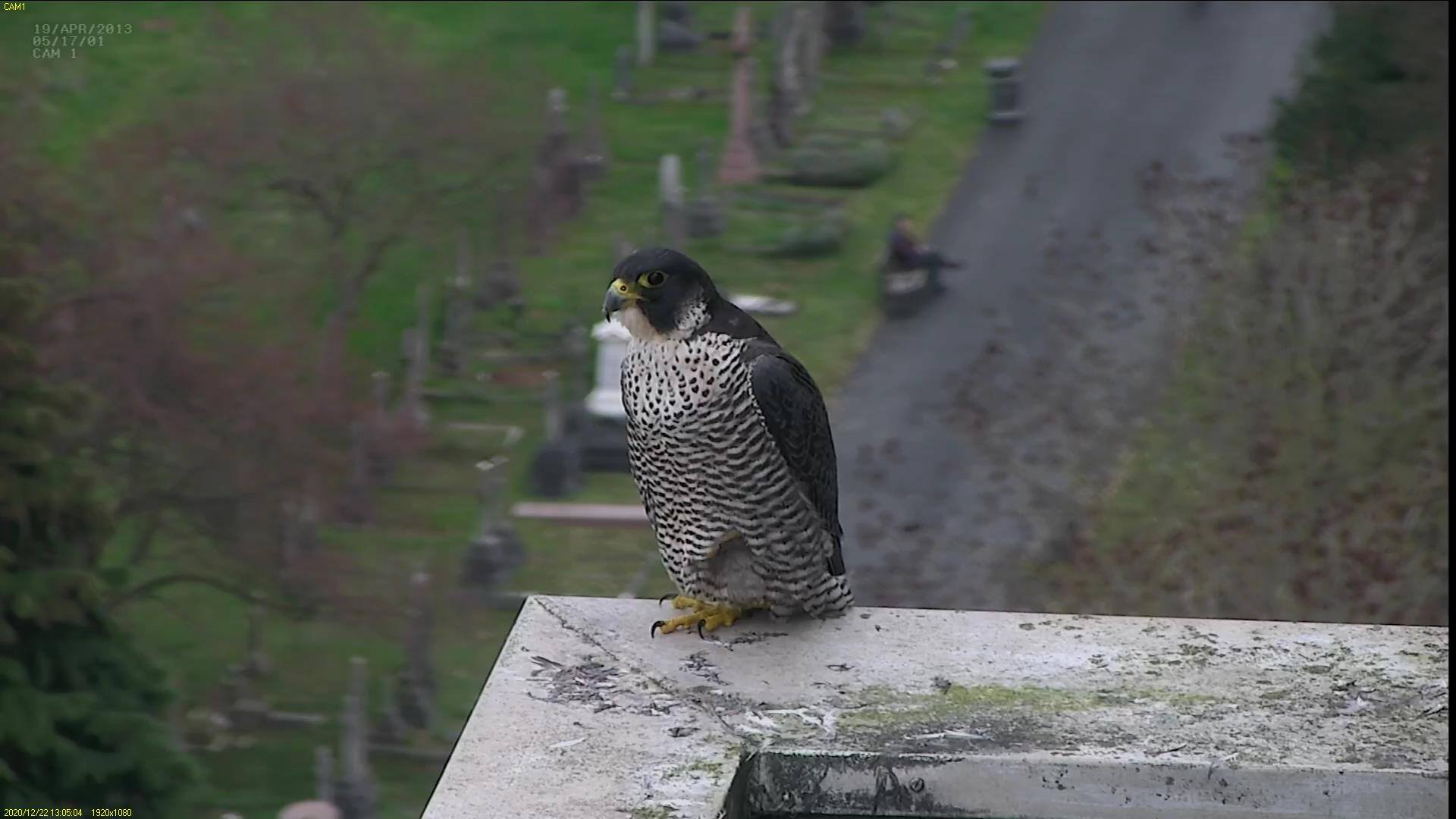 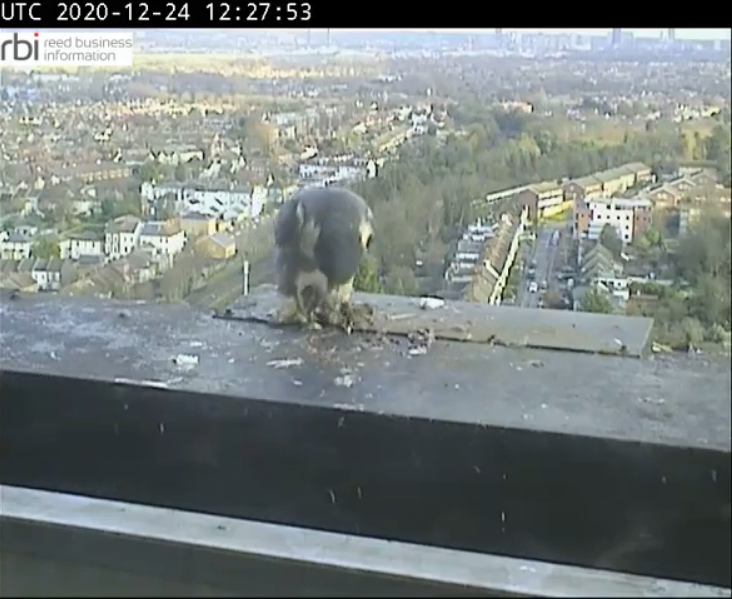 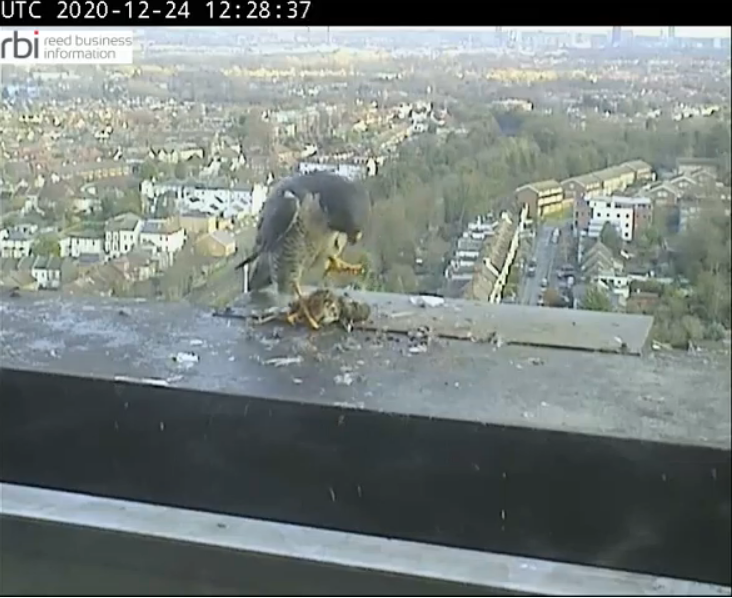 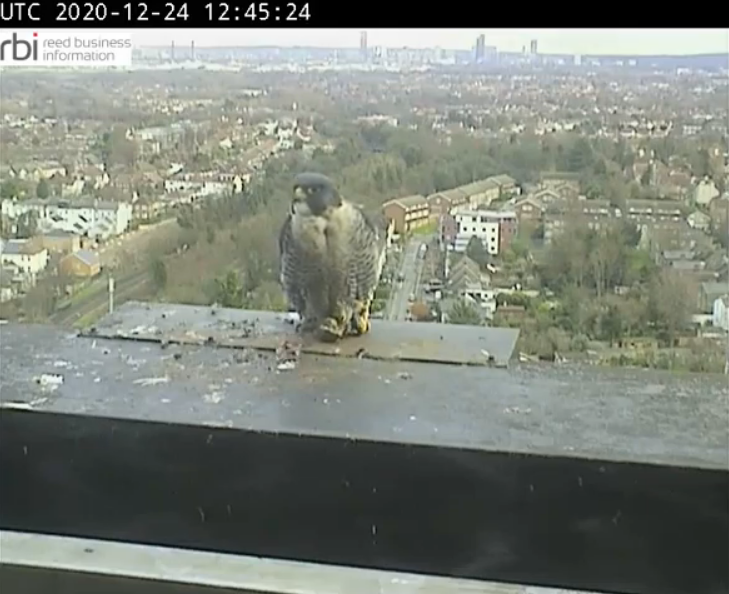 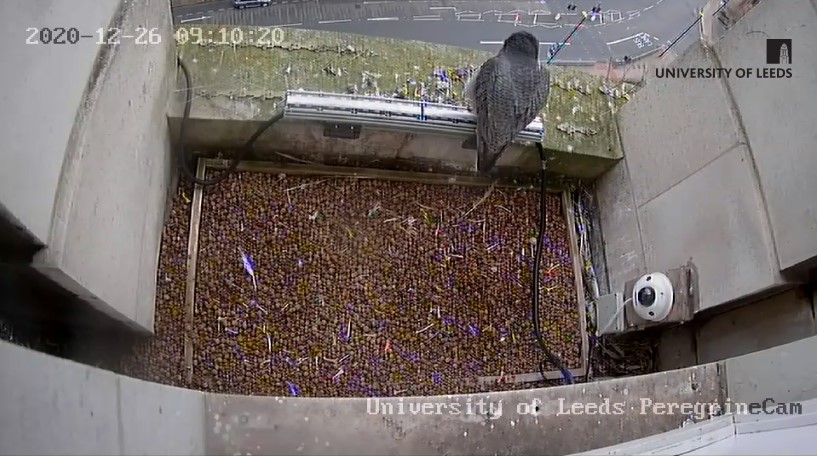 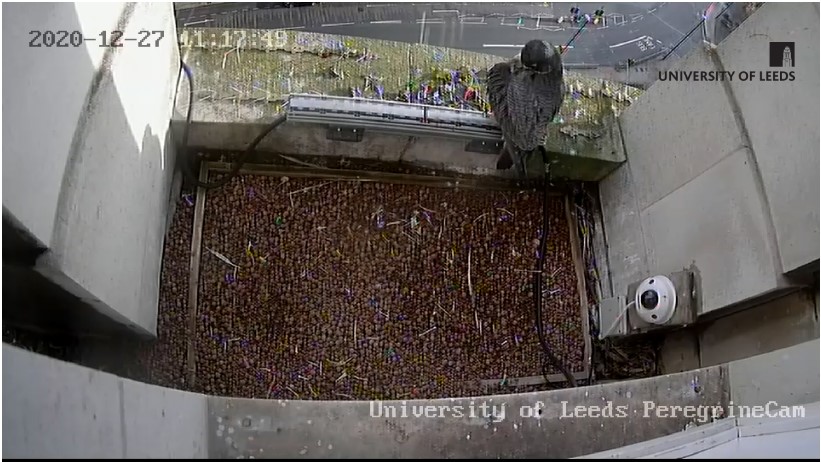 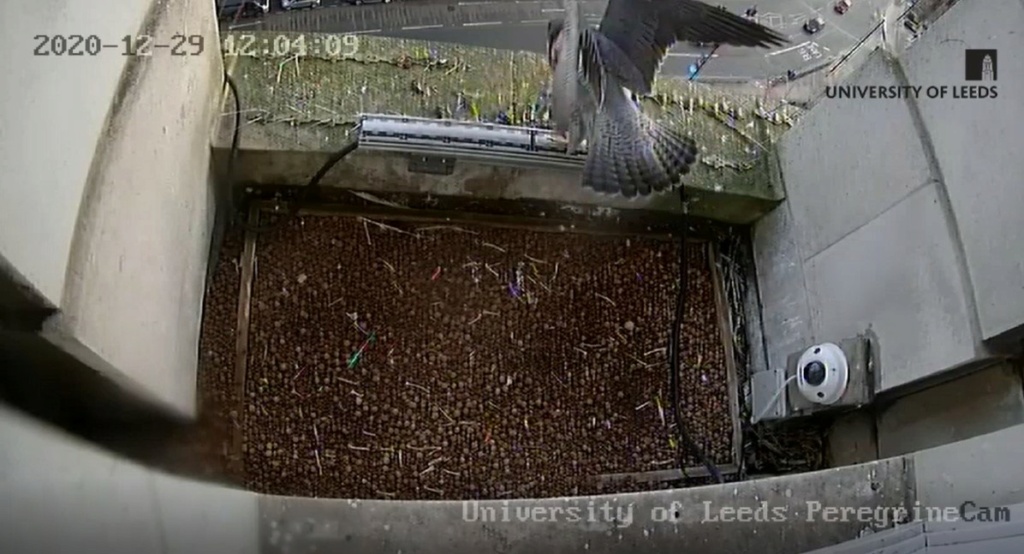 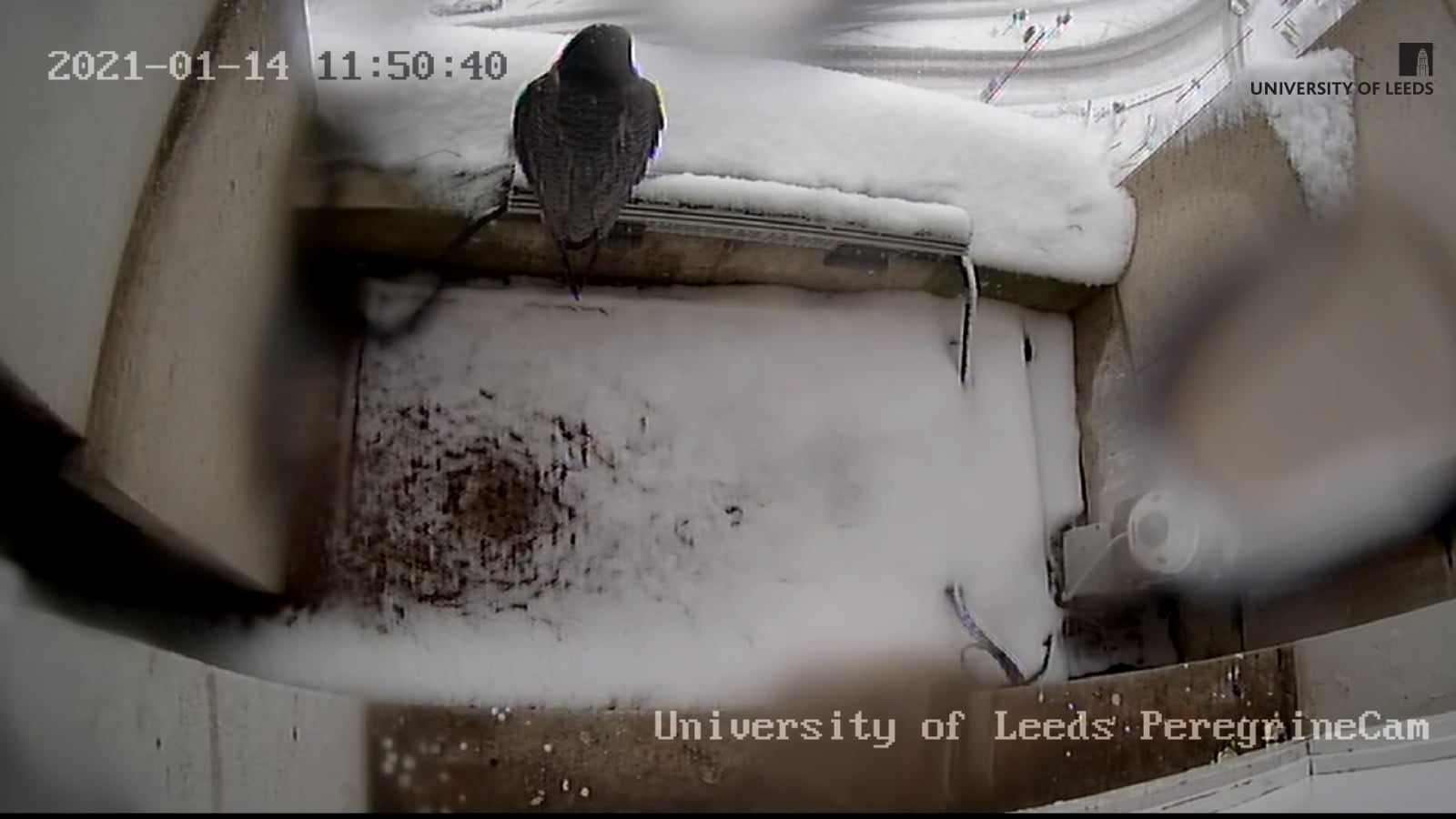