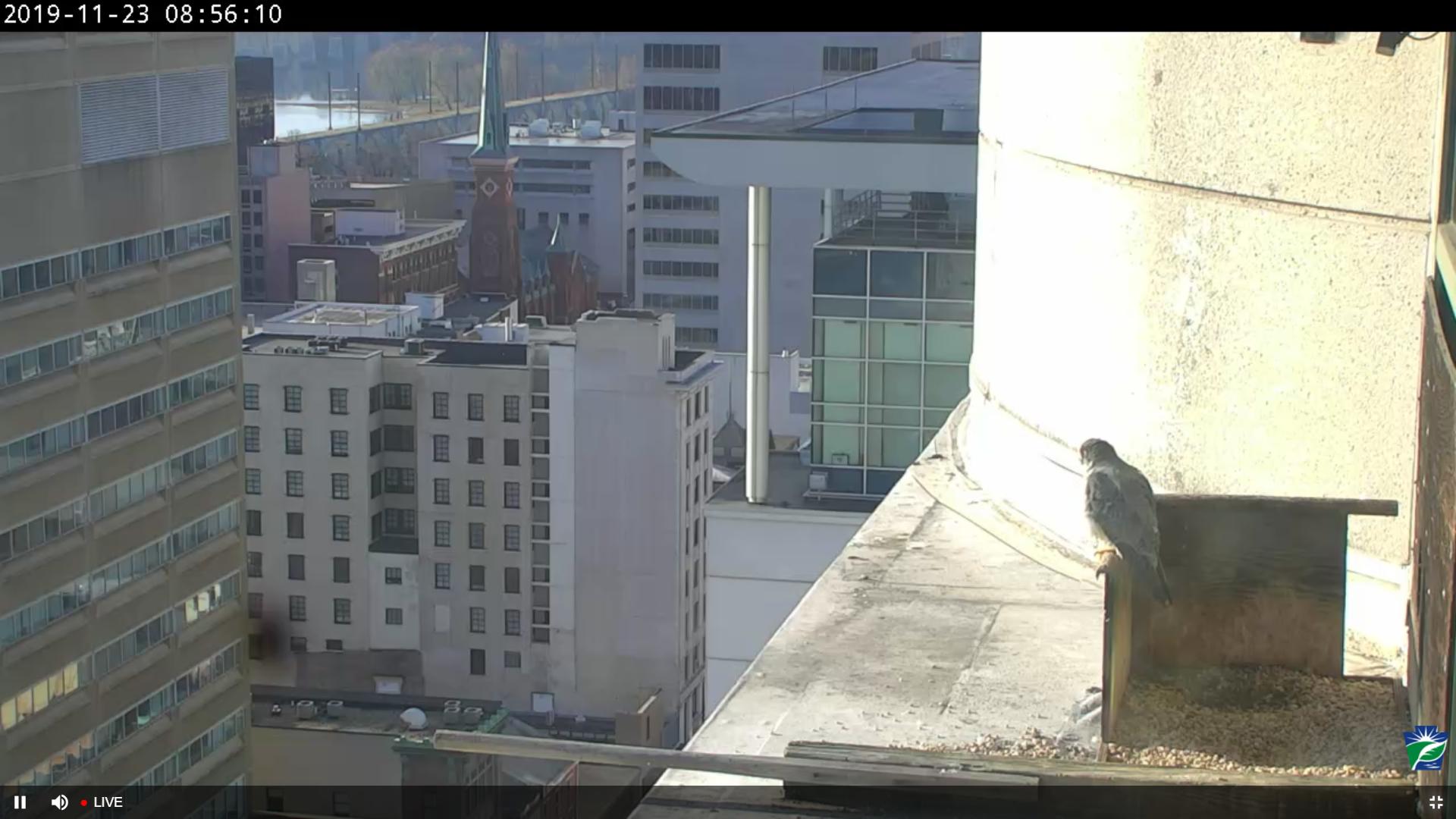 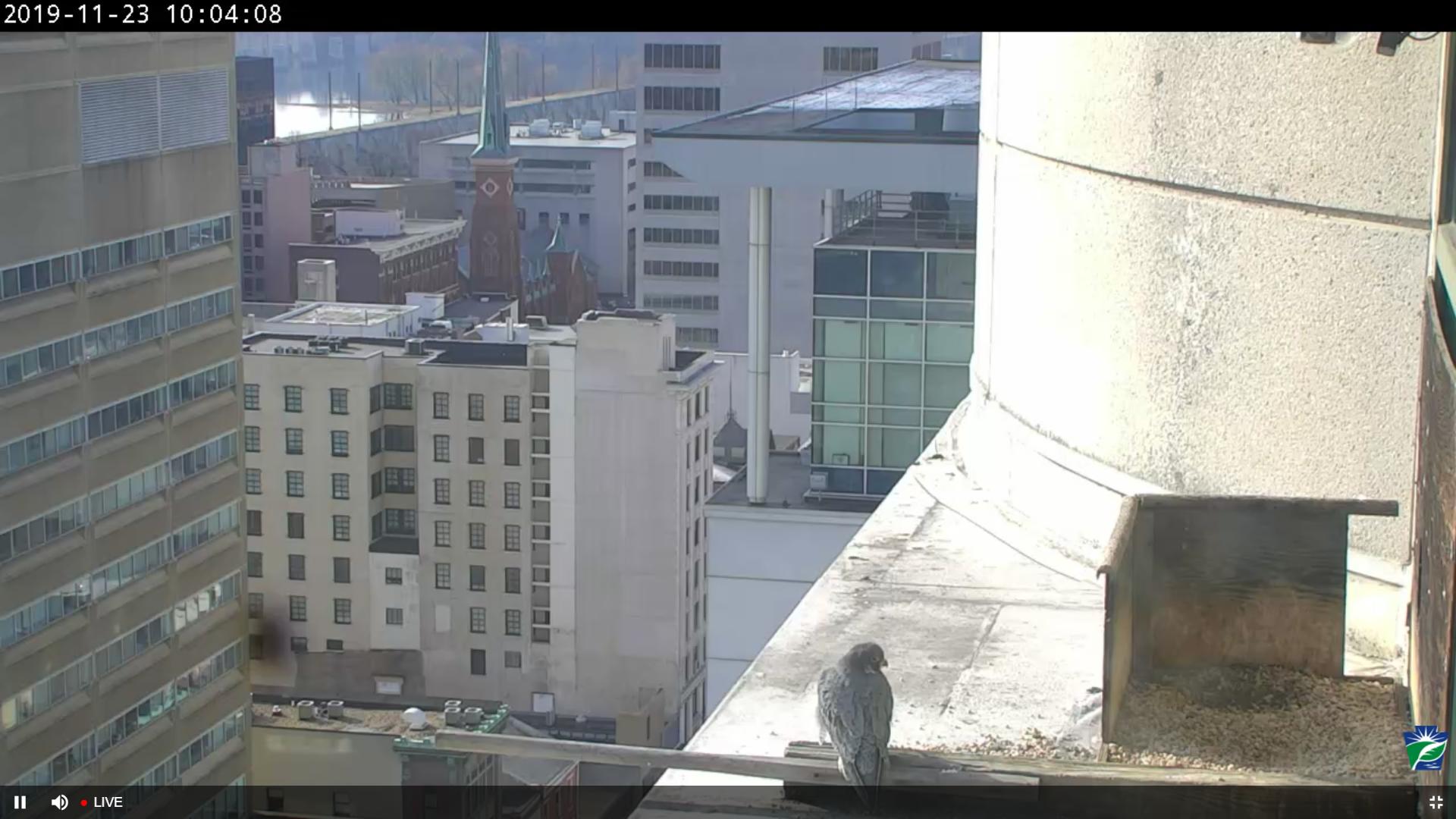 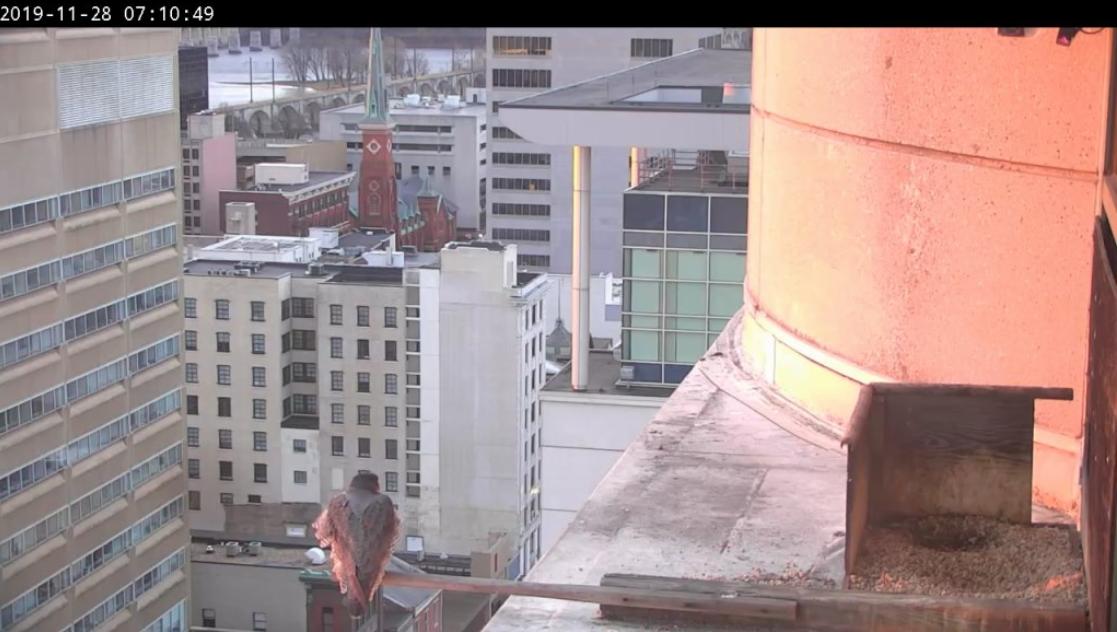 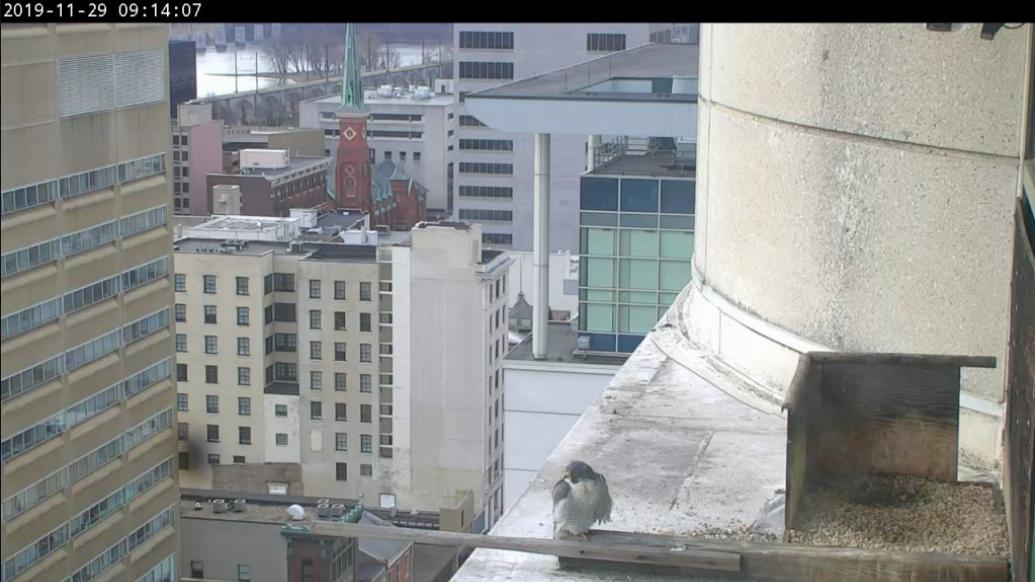 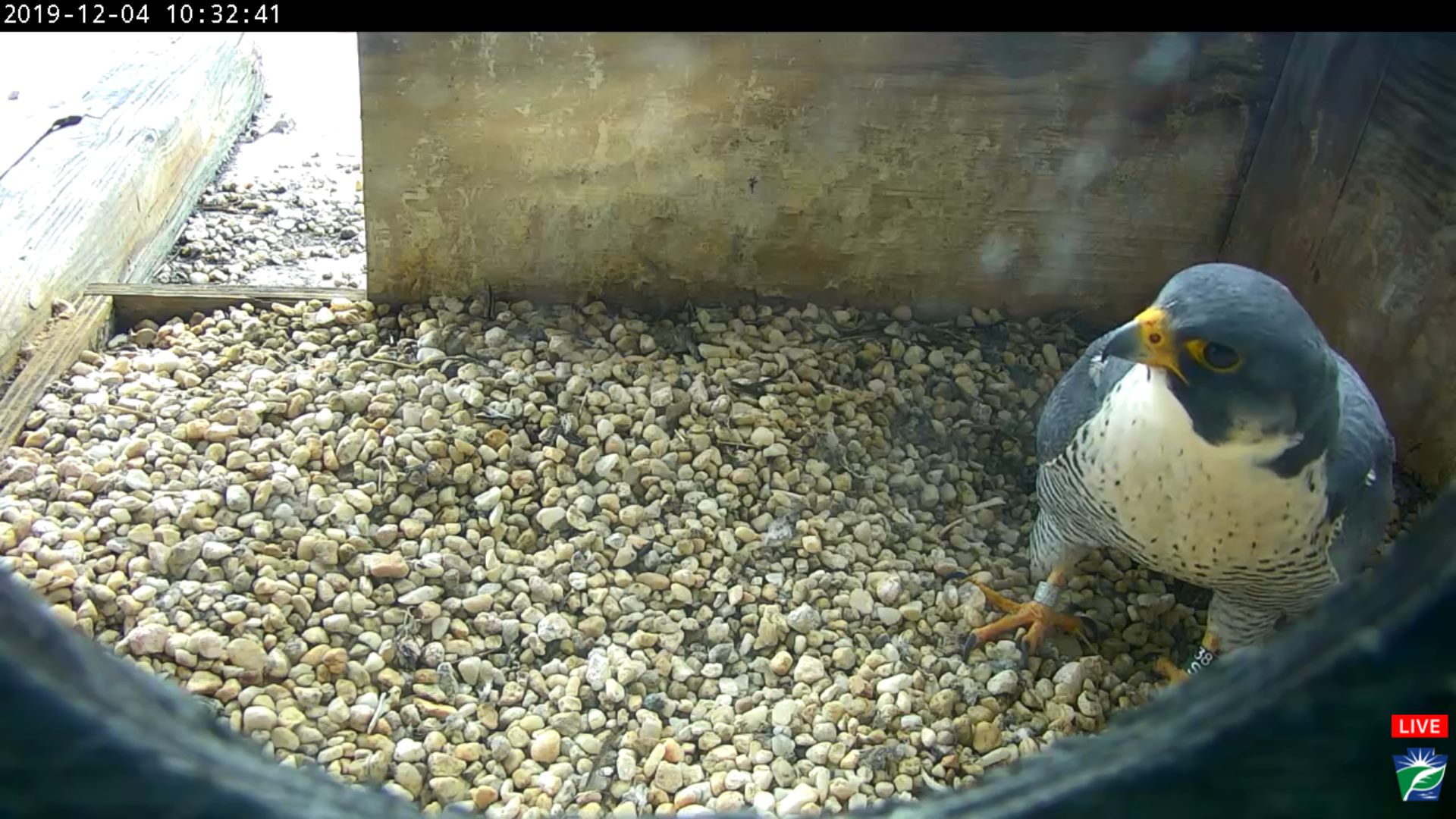 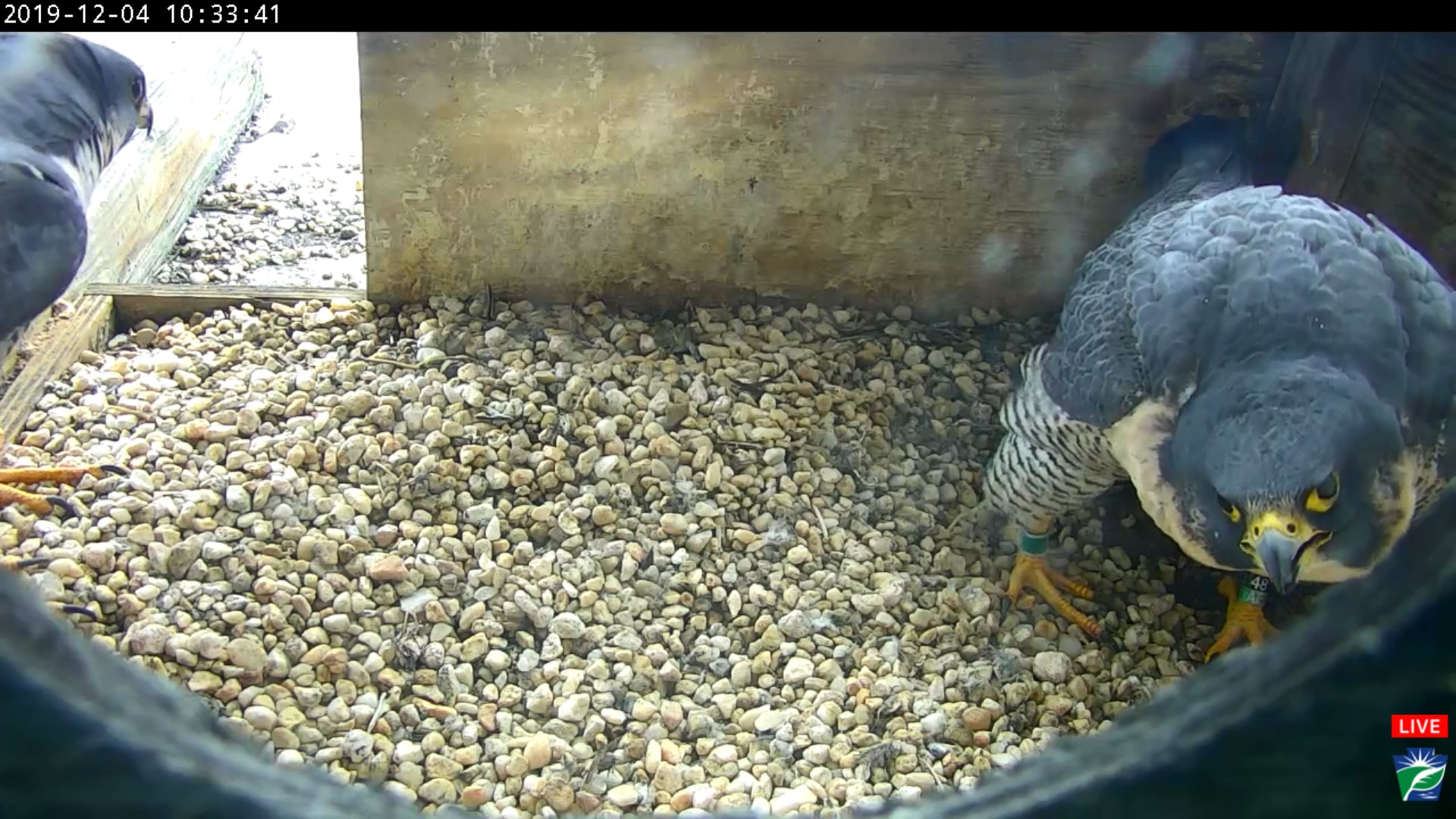 12/4/2019 :: Interloper
Merriam-Webster defines interloper as "one that intrudes in a place or sphere of activity." In the falcon world, this definition fits our current situation. As was the case in previous years, another adult male peregrine, banded 38S, has again made his presence known on the 15th floor ledge. At some point, it is possible that conflict between the veteran male, W/V, and the interloper, 38S, could emerge as the younger falcon may attempt to displace the veteran. 38S attempted this last year, but obviously was unsuccessful! Birds of prey do mate for life unless a partner dies or, in this case, possibly loses a challenge from another male. Biologists also indicate that falcons are strongly attached to a specific nesting site, even more so than to their current partner. Does this mean that 38S is going to replace W/V? It is certainly possible, but based on prior years, it's more than likely W/V will persevere. Of course, there is only one way to know for sure and that is to keep tuning in to DEP's Falcon Cam and Falcon Twitter. As the breeding season approaches this current situation will be resolved so stay tuned!
_________________
Het leven is soms veel te kort,geniet ervan en durf te leven! 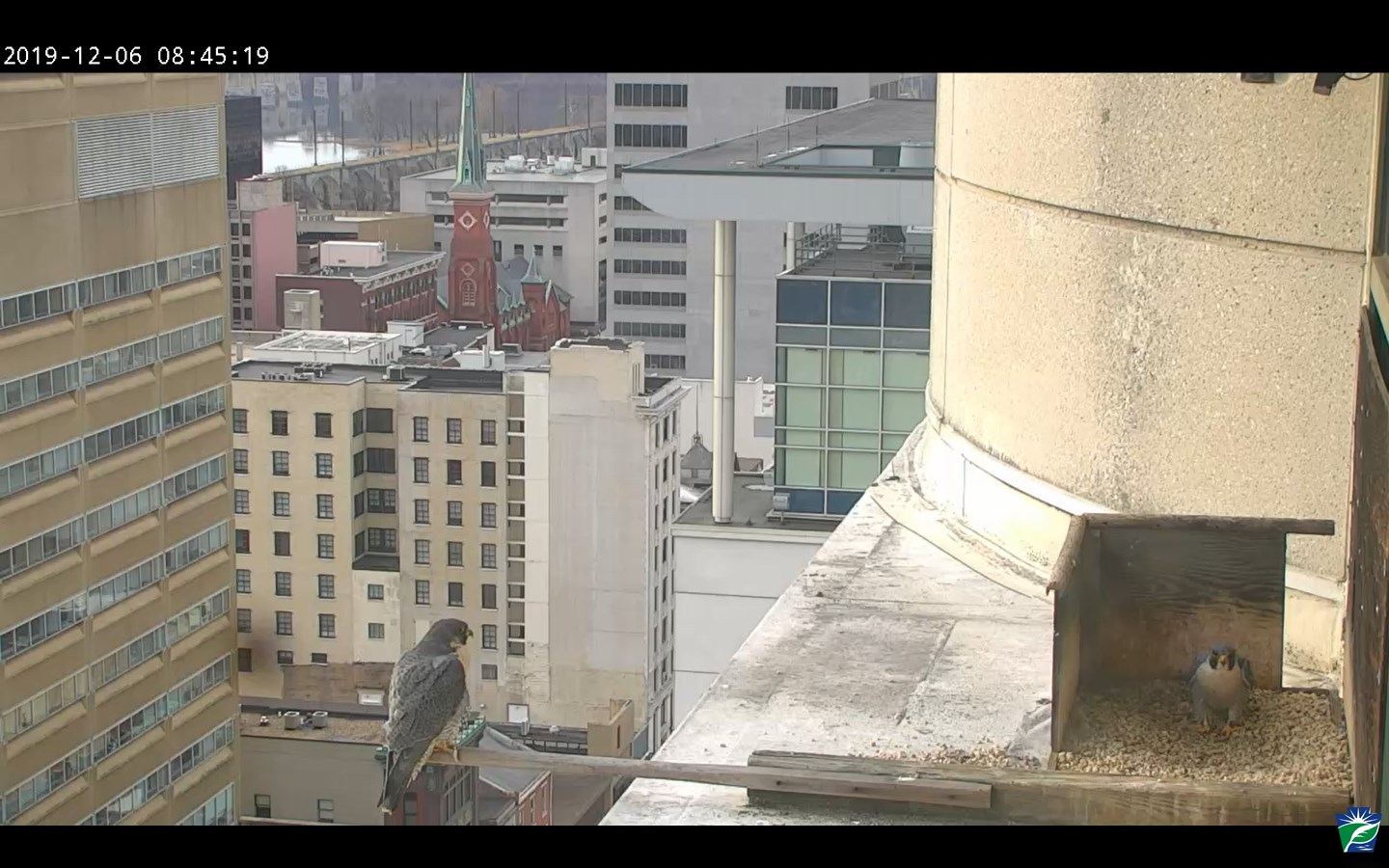 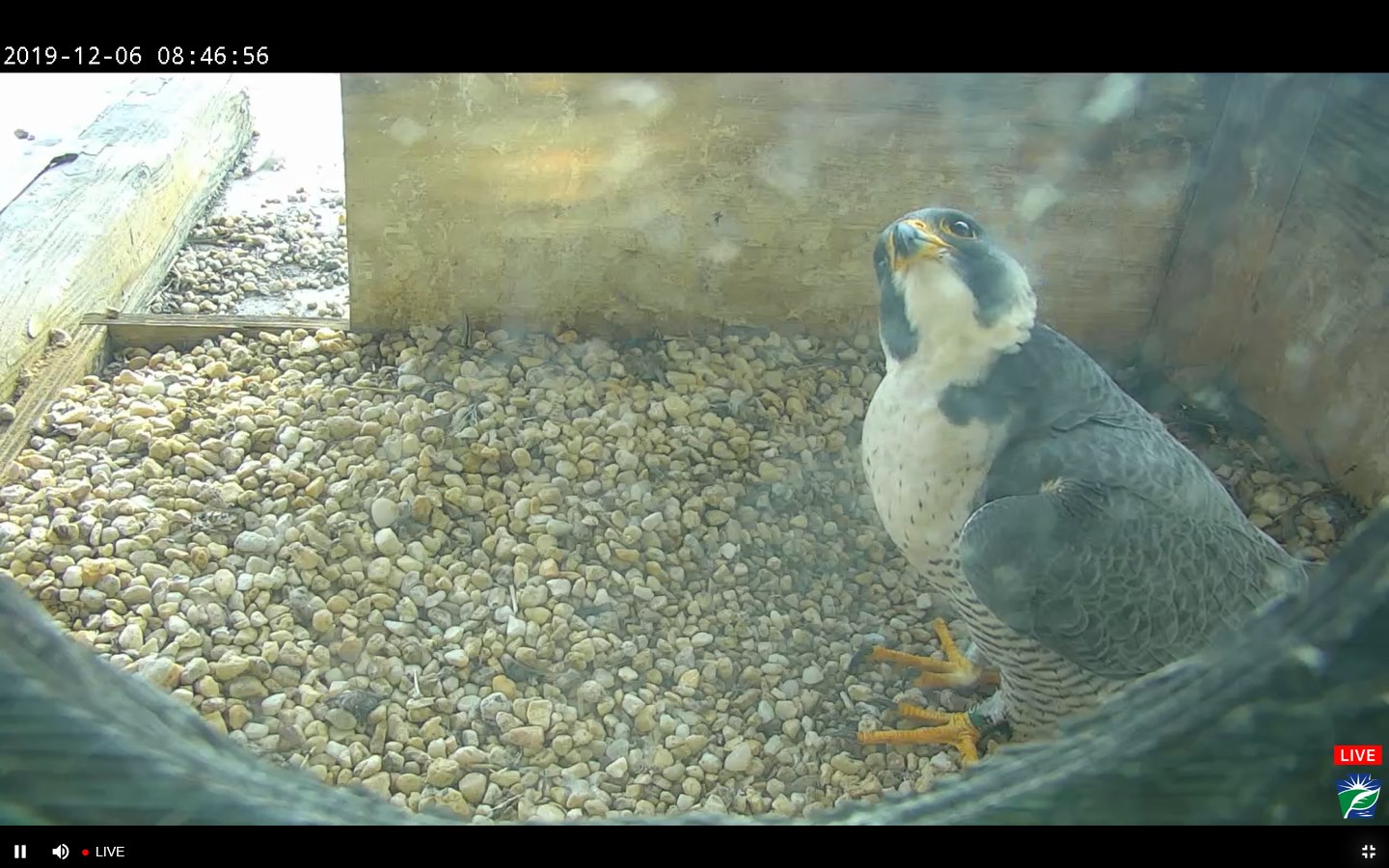