Bericht Reenie.
11/16/2020 :: New Camera Installation on Tuesday
For our Falcon Cam followers:
On the morning of Tuesday, November 17, the cameras will be temporarily turned off. During this time, DEP will be replacing one of the cameras and completing some basic maintenance. As soon as this new camera is online, all four cameras will be turned back on!
_________________
Het leven is soms veel te kort,geniet ervan en durf te leven! 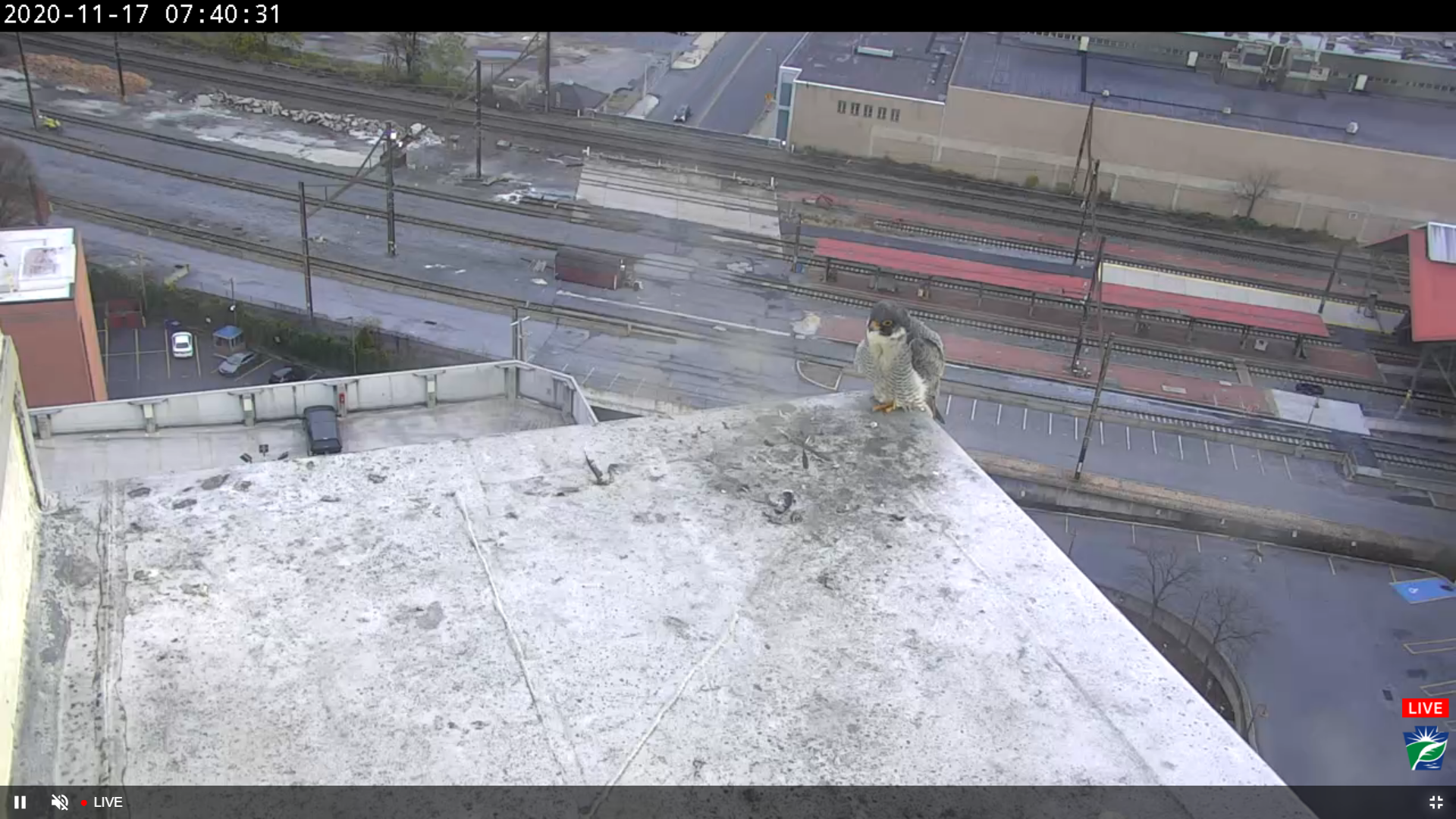 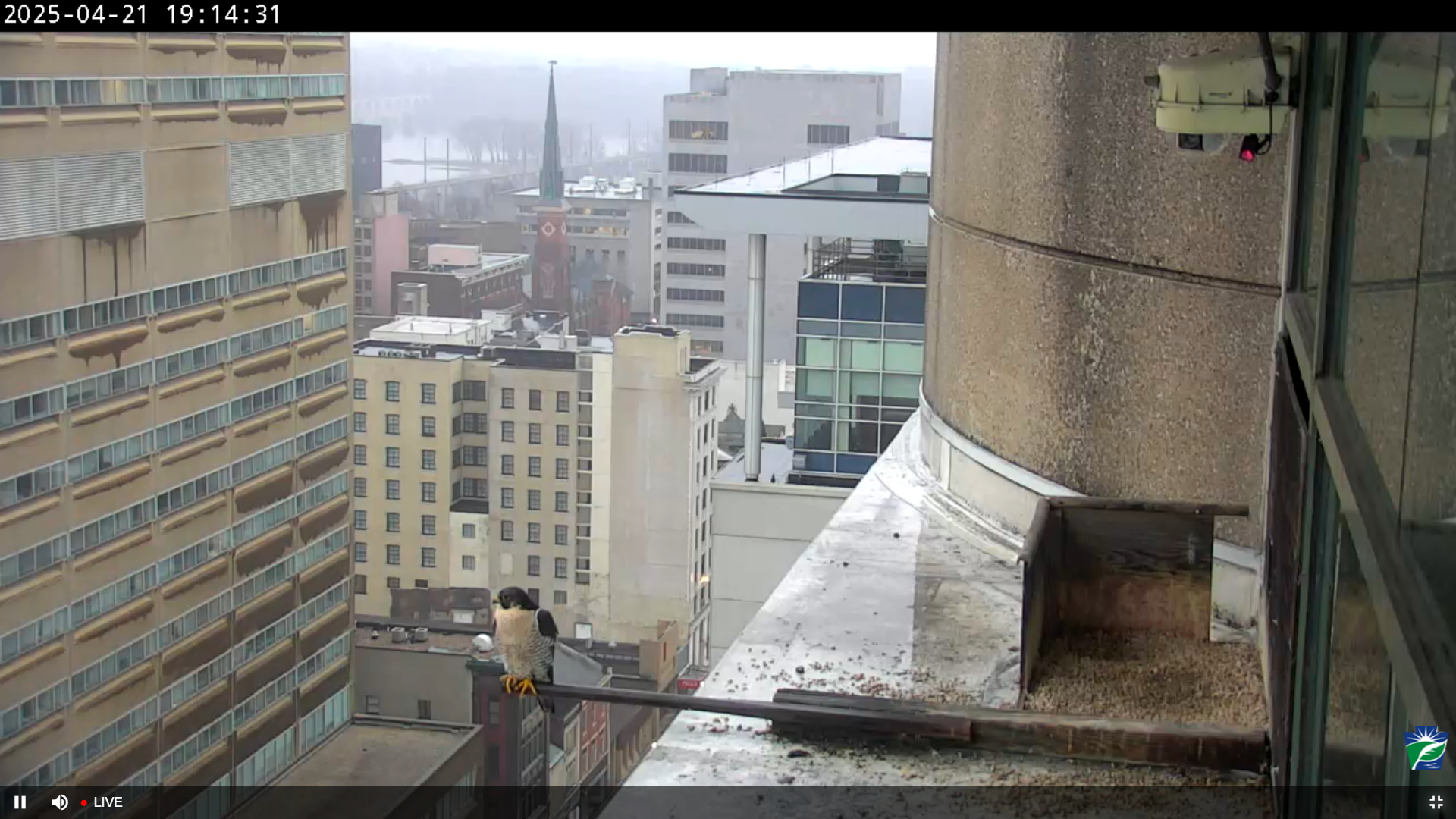 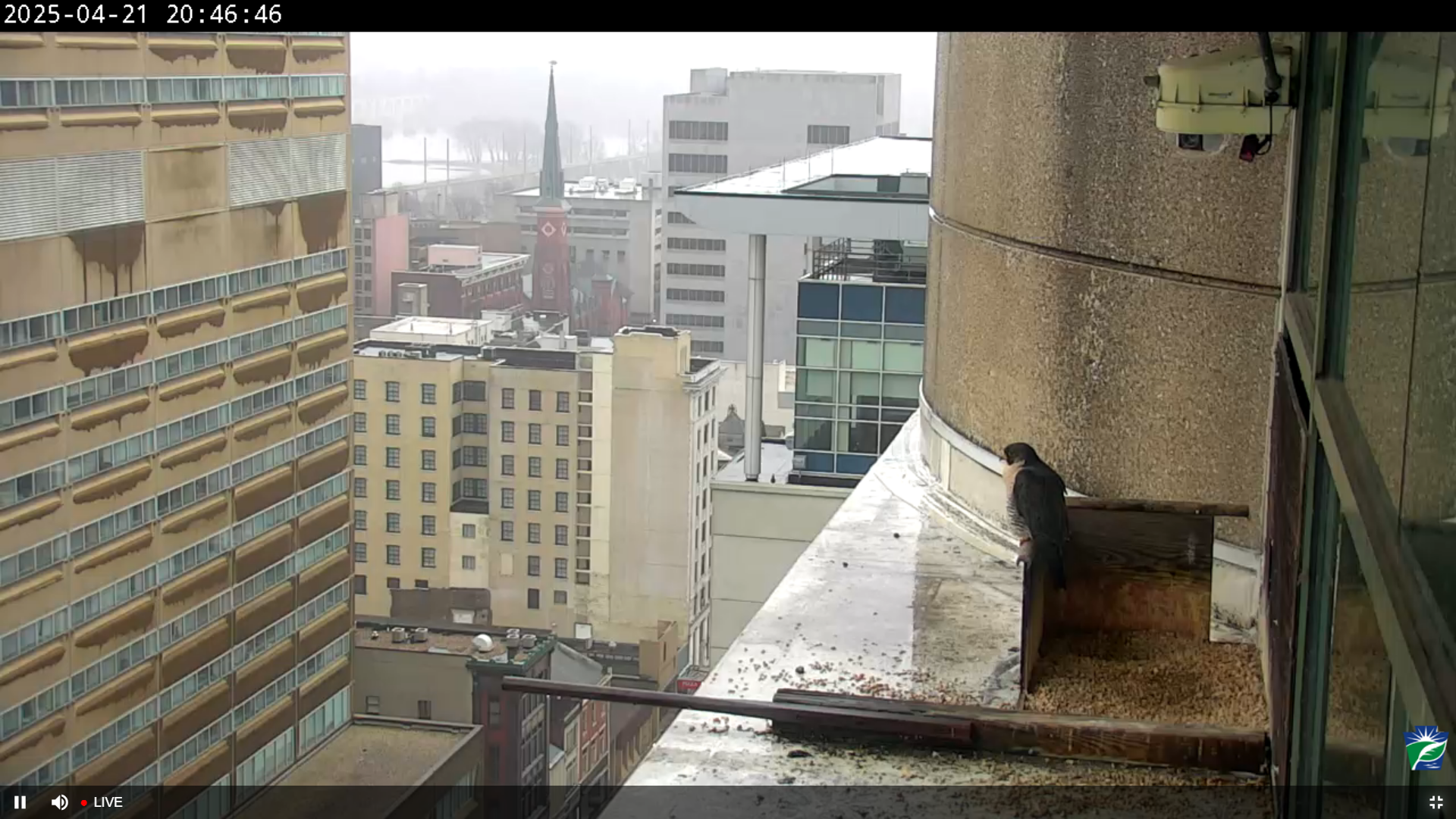 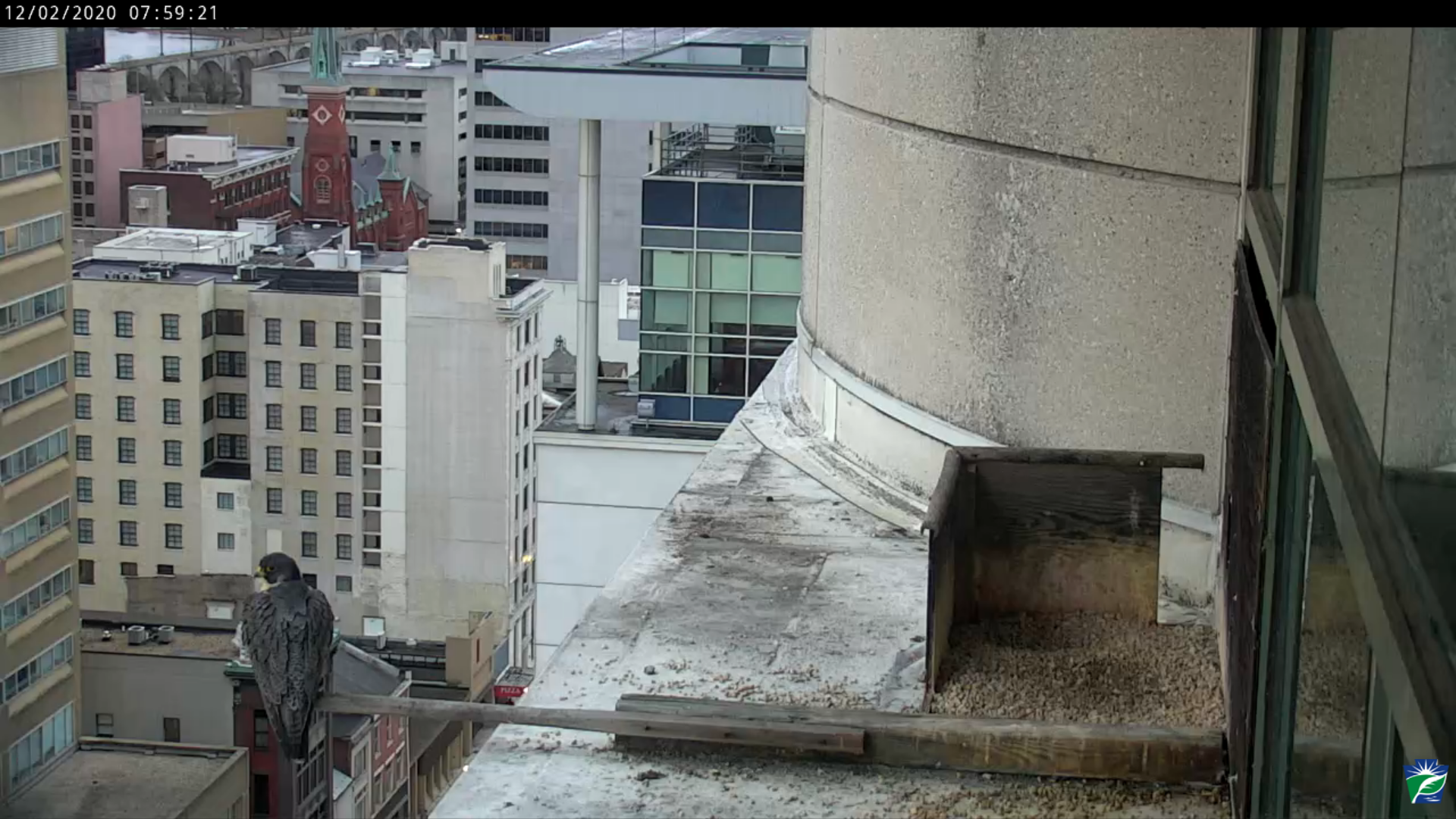 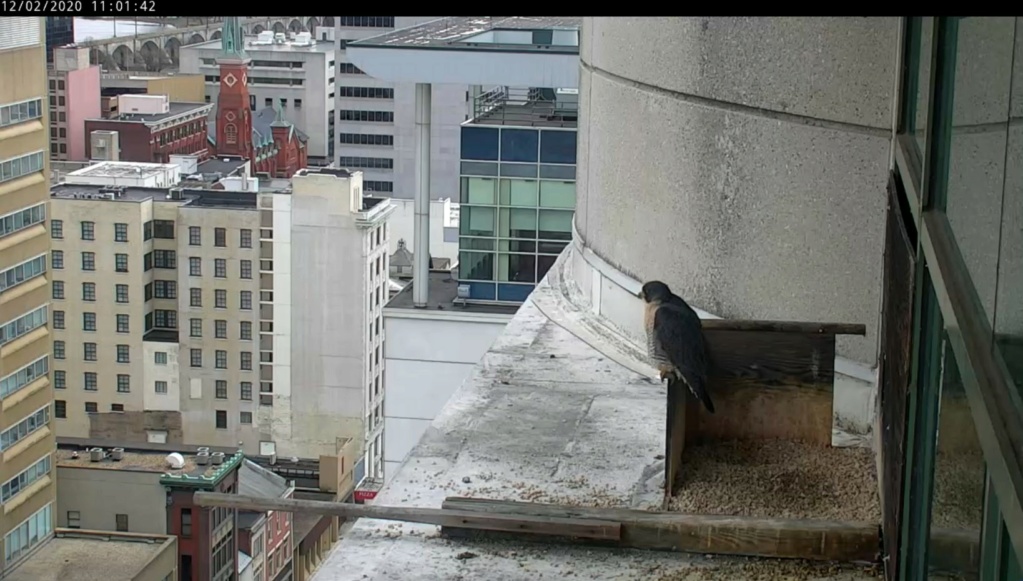 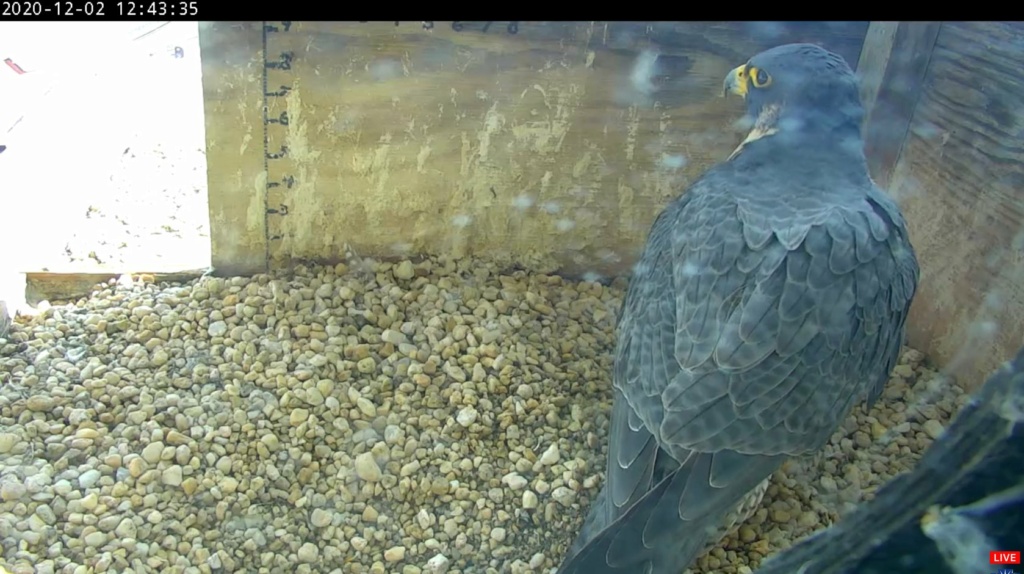 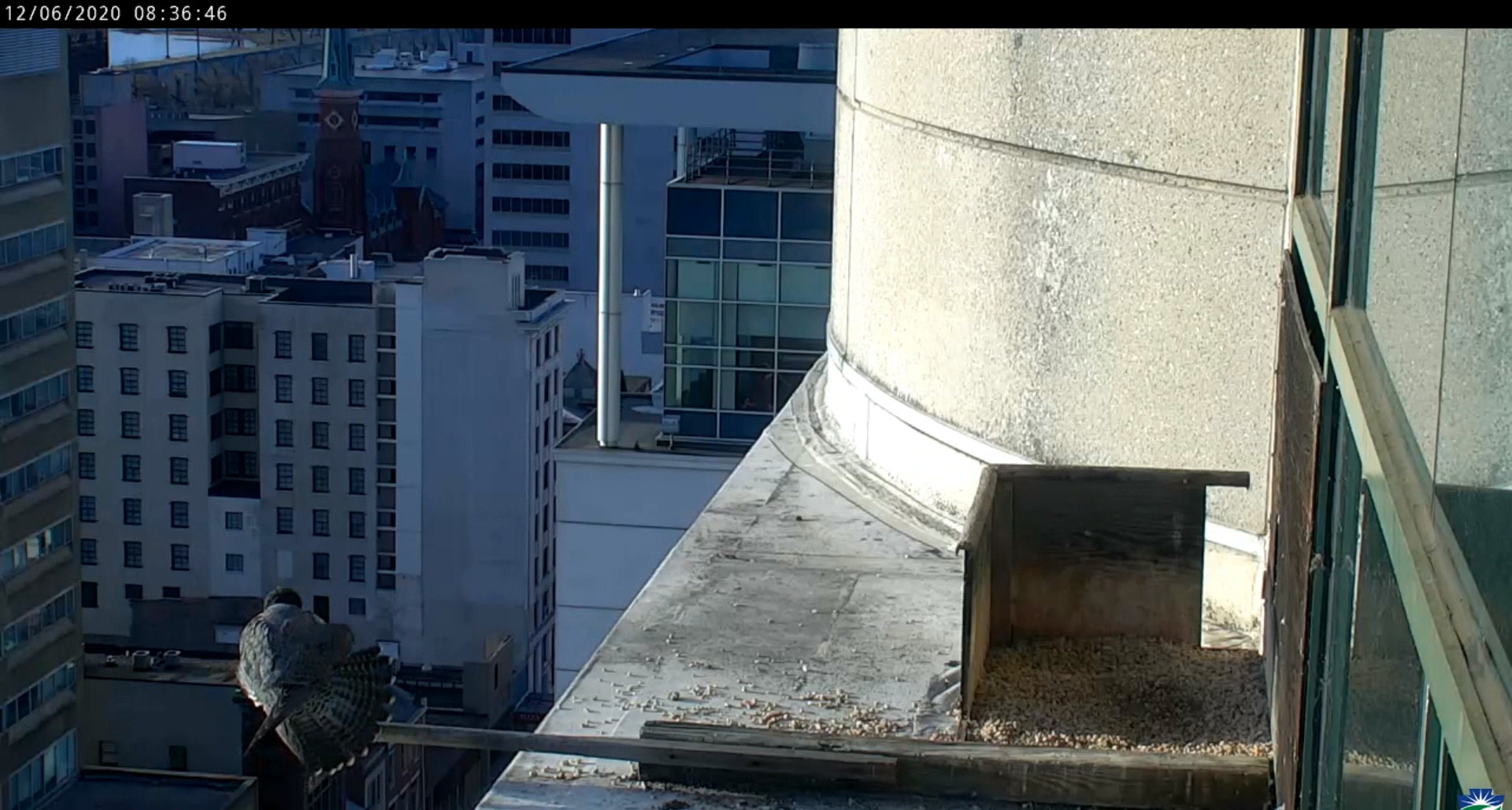 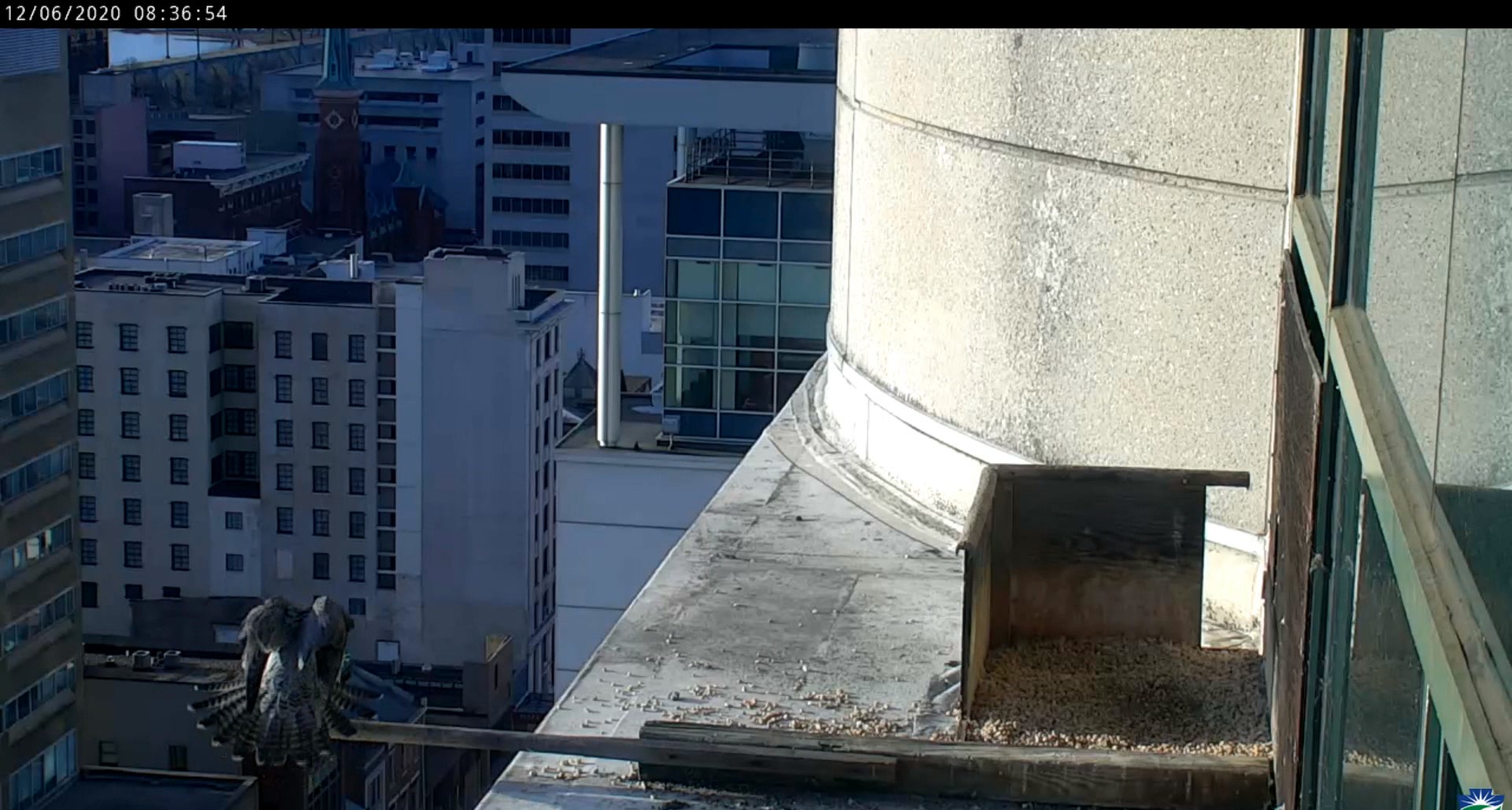 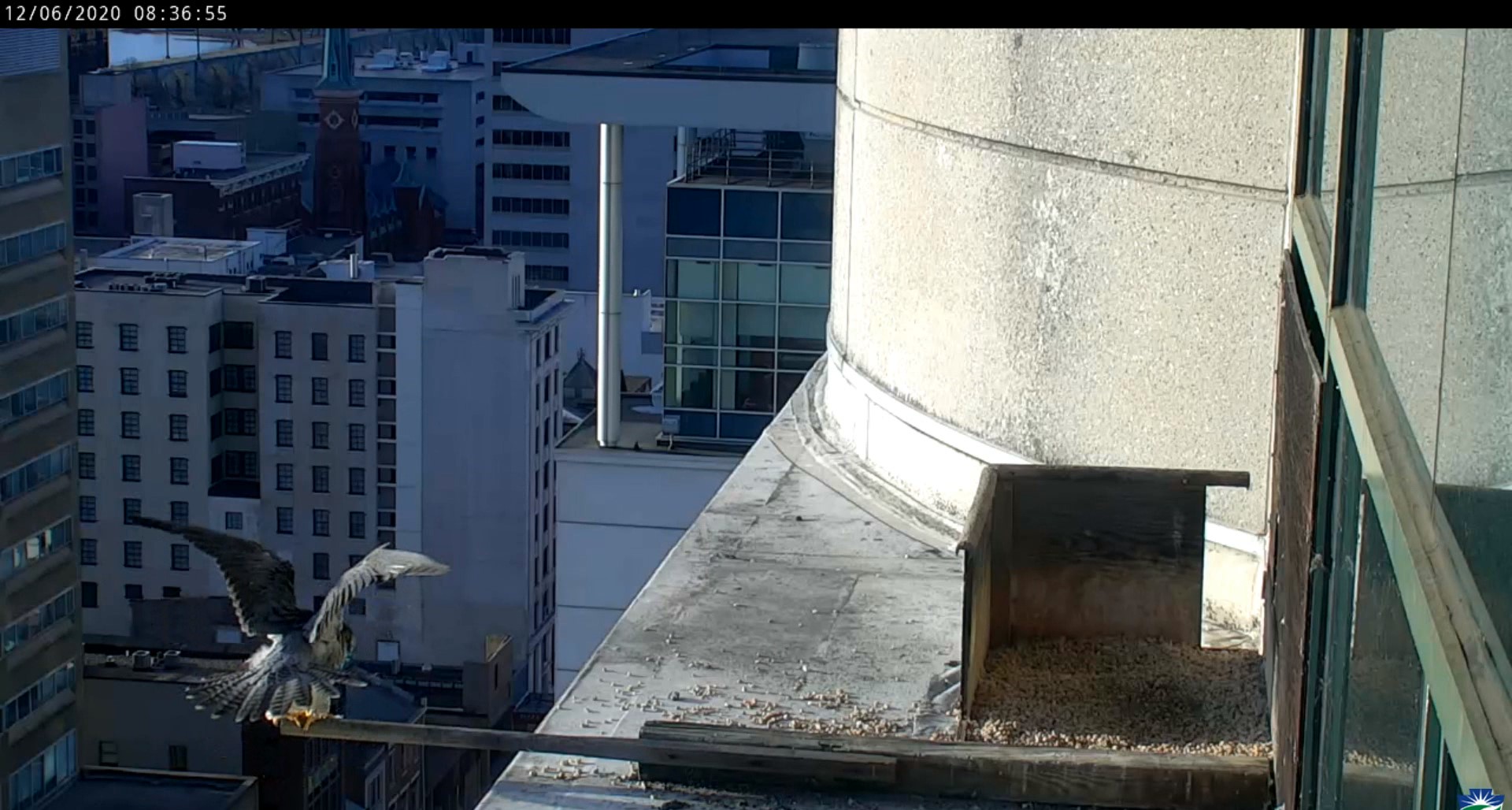 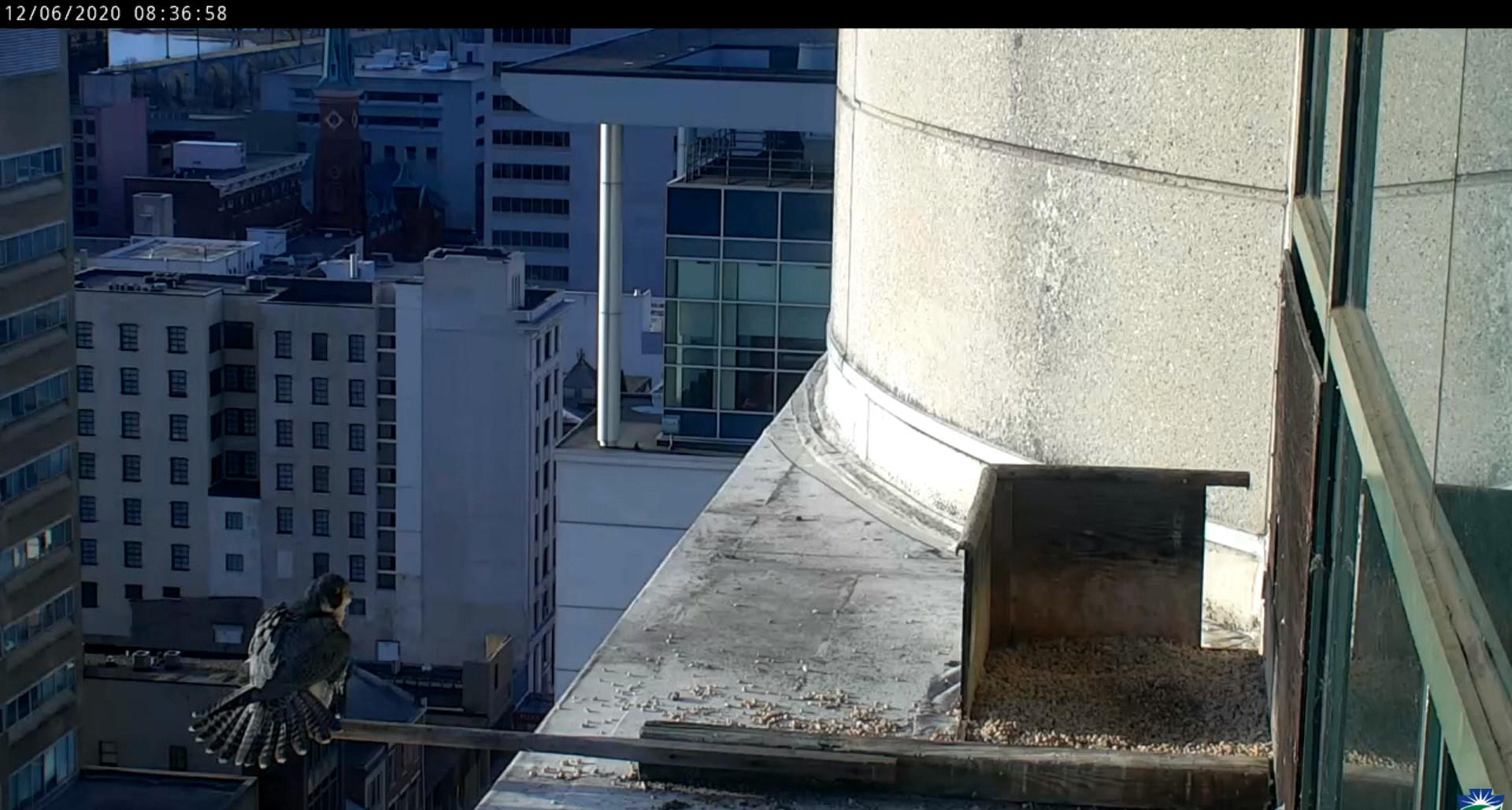 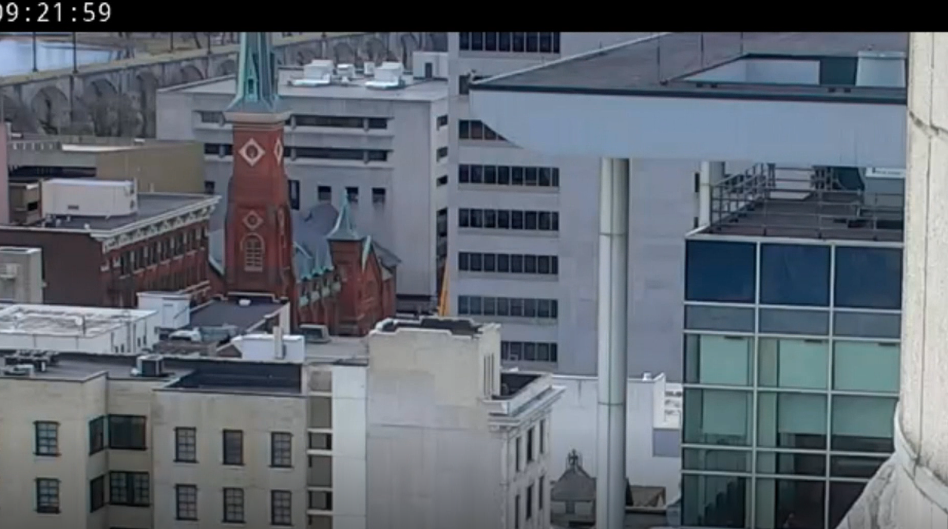 Update!
FALCONWIRE:
12/8/2020 :: The Interloper Returns
As has been the case the last few years, another male falcon, banded 38S, has been hanging around the 15th floor ledge of the Rachel Carson State Office Building. The current male falcon (W/V) arrived in March 2005 and fledged from the Walt Whitman Bridge in Philadelphia in 2003. Therefore, W/V is 17 years old; quite old for a breeding male. The interloper, 38S, has unsuccessfully tried to unseat W/V the last few years. Previously, W/V has triumphed, sending 38S on his way. Will W/V once again persevere? Normally, W/V doesn't regularly return to the 15th floor ledge until late January into early February. At this time, the dominant male will be determined. Keep watching the PA Falcon Cam to see how this situation unfolds!
_________________
Het leven is soms veel te kort,geniet ervan en durf te leven! 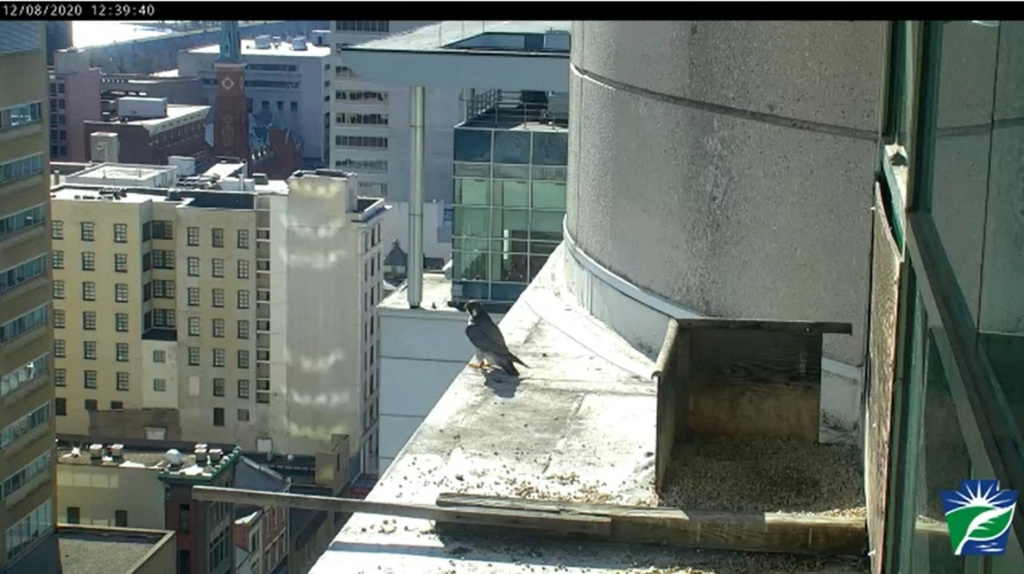