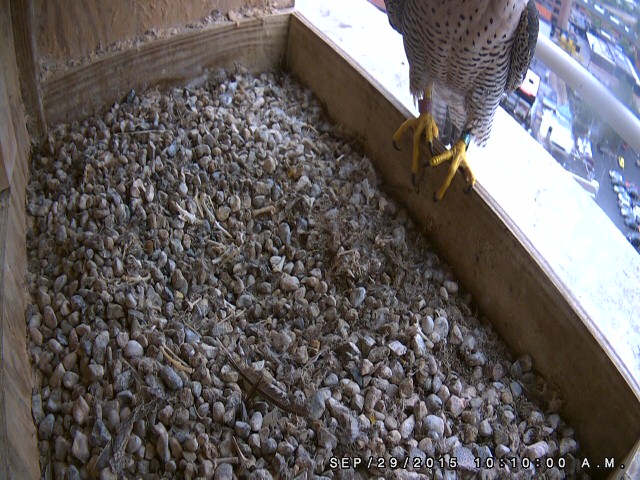 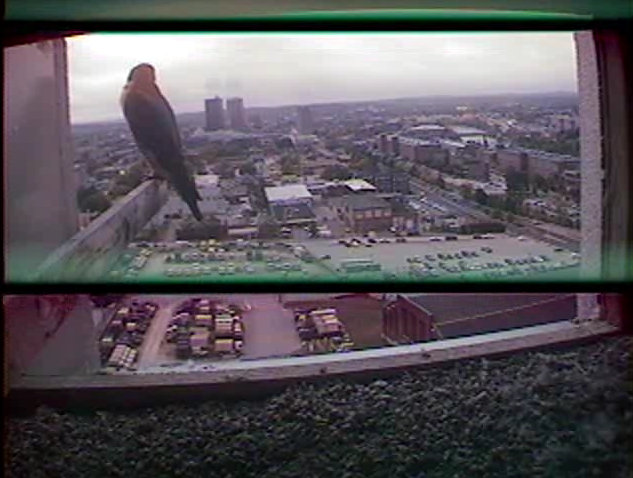 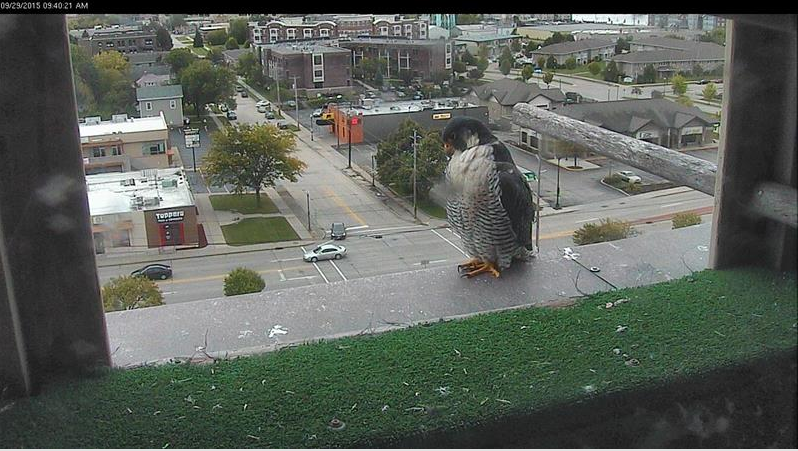 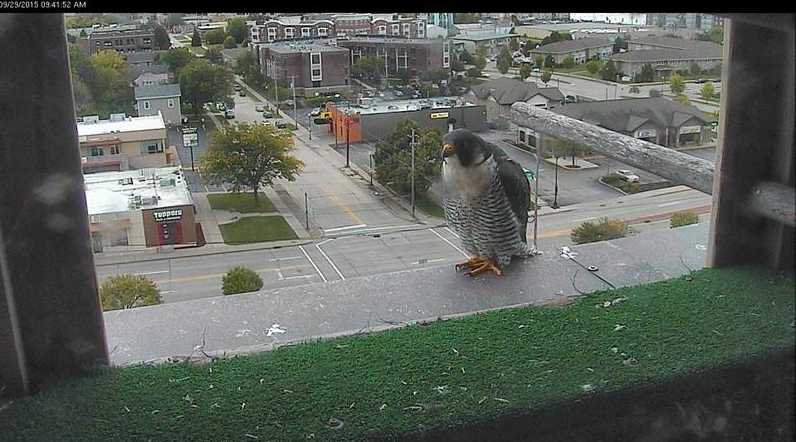 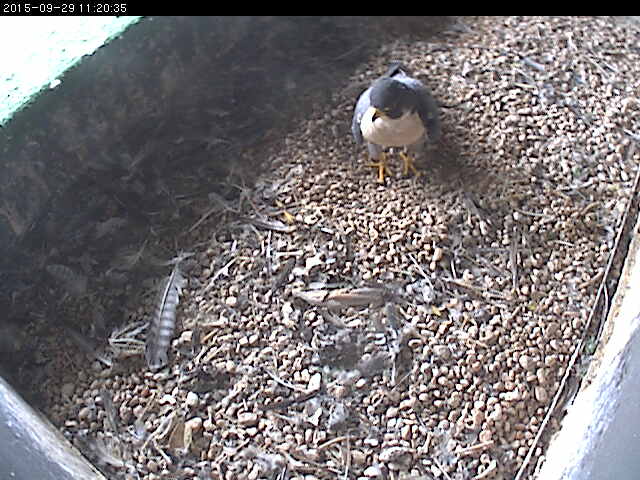 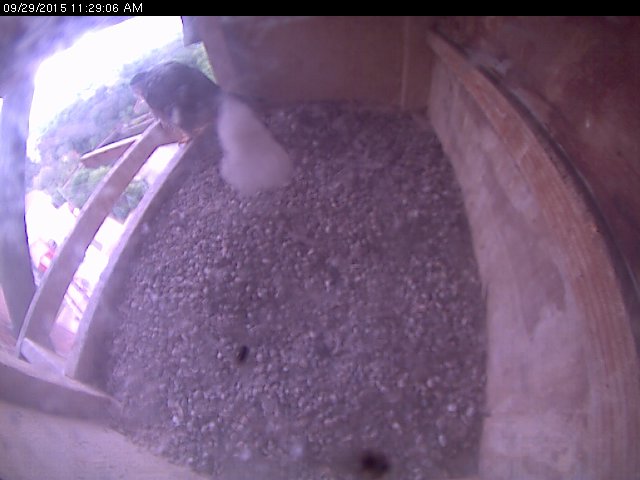 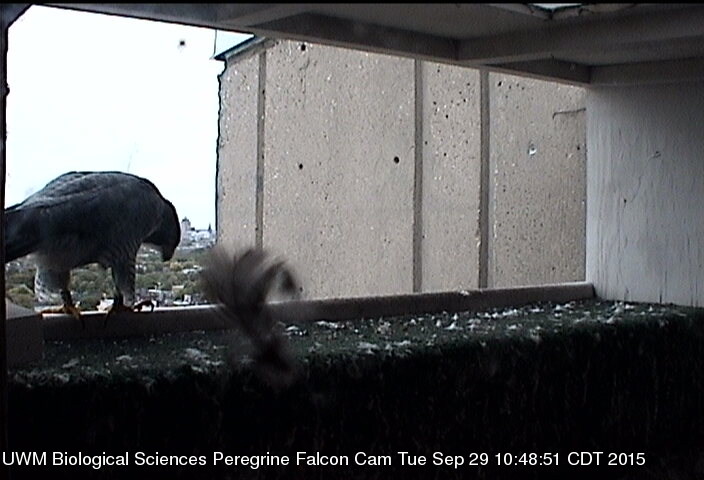 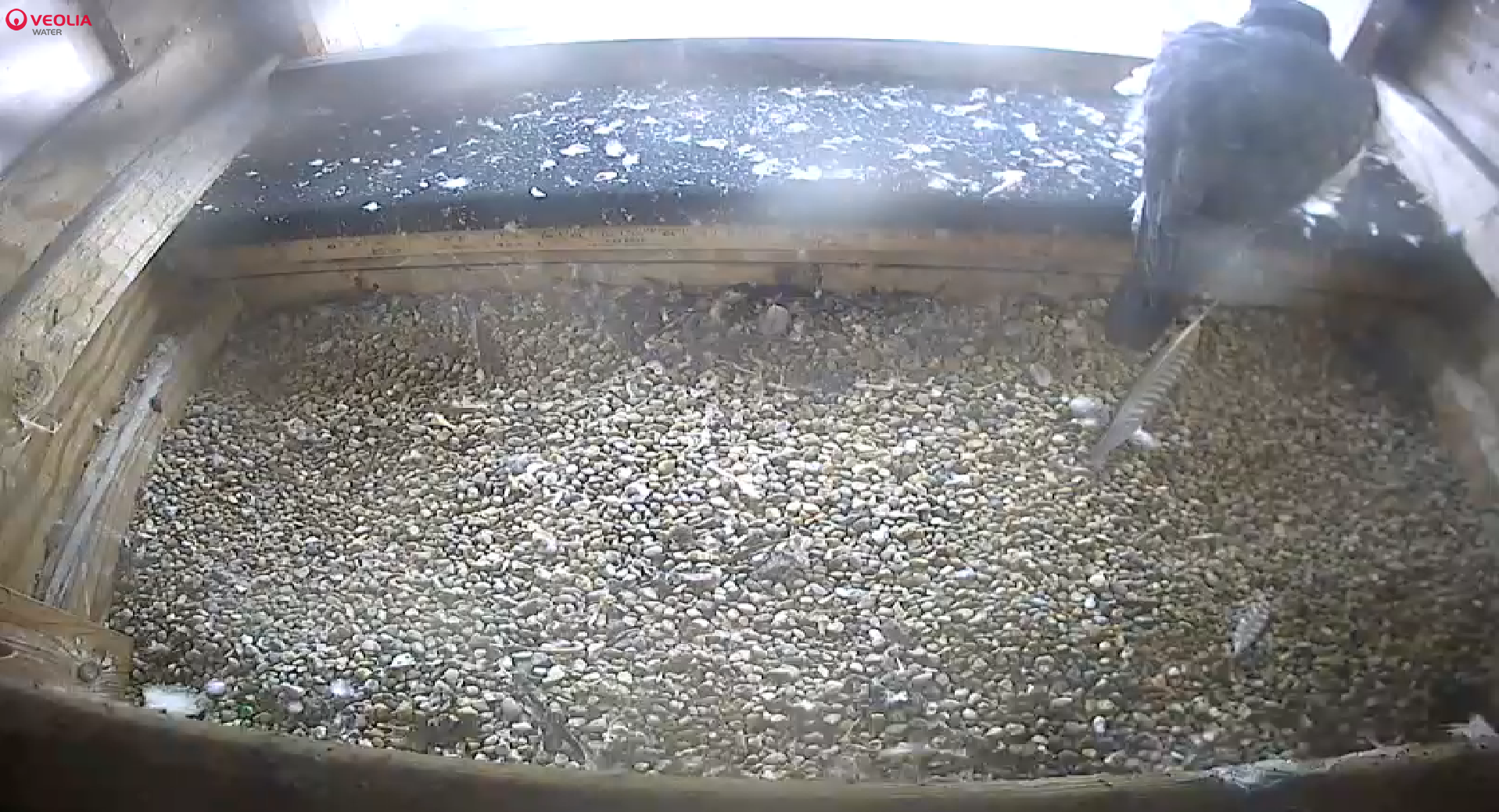 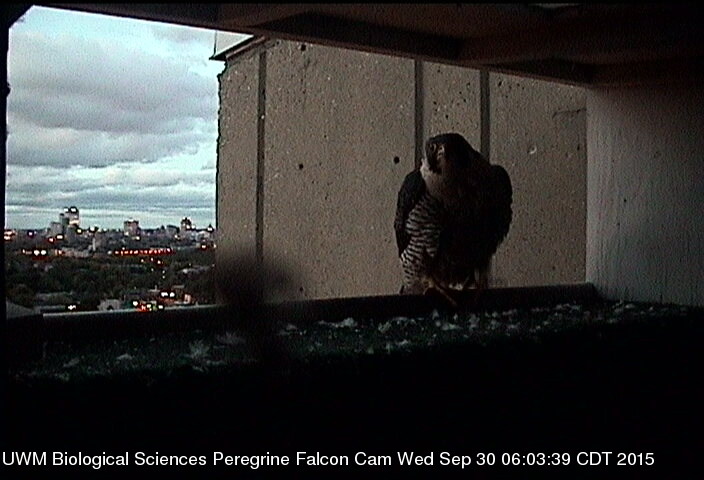 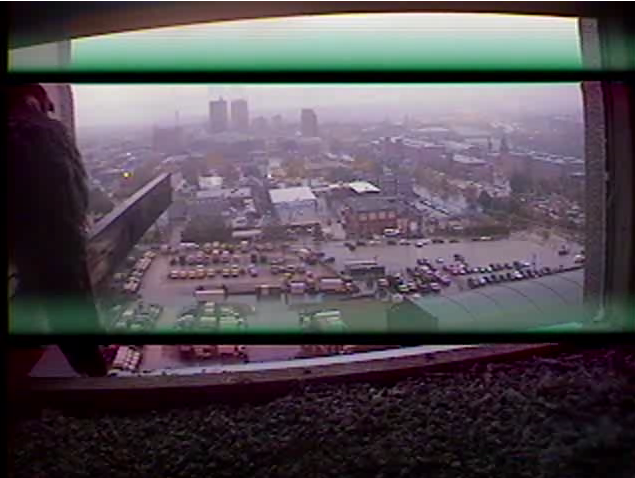 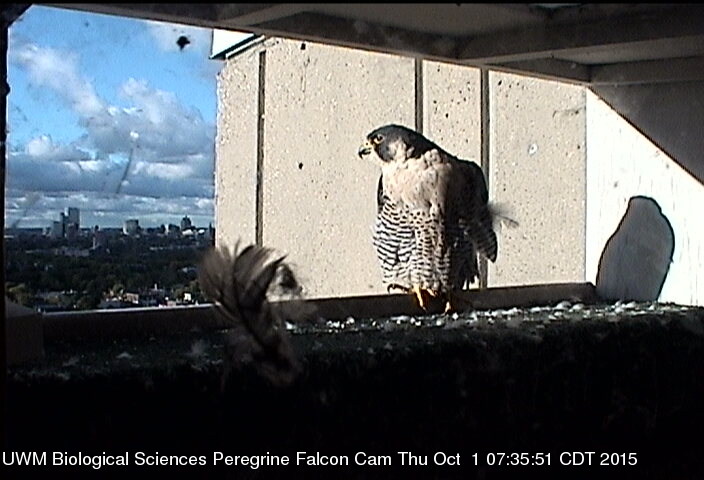 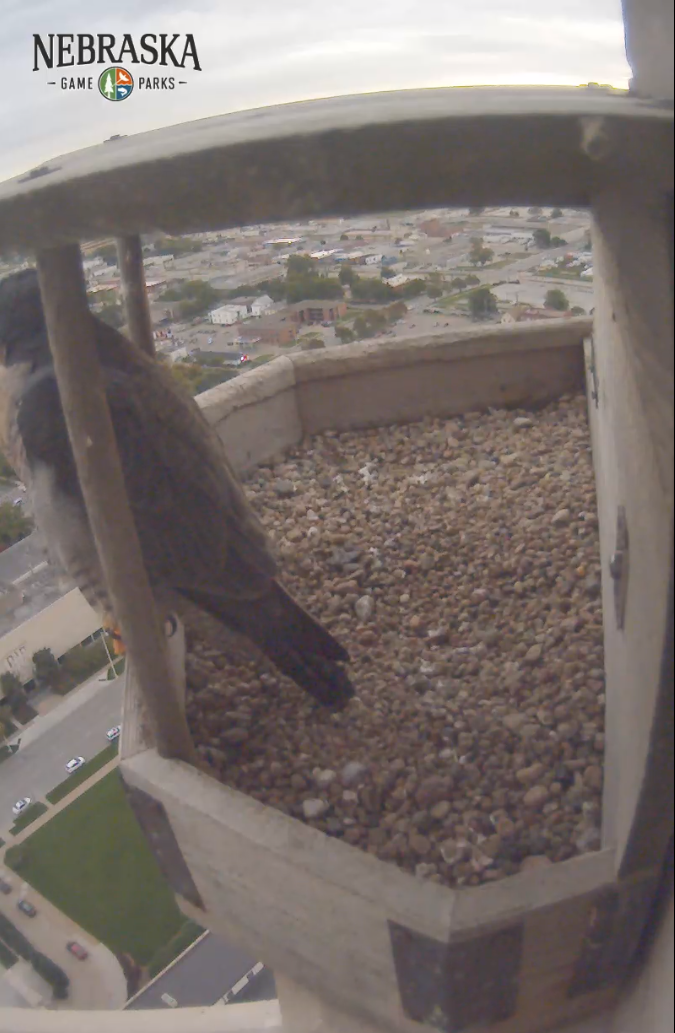 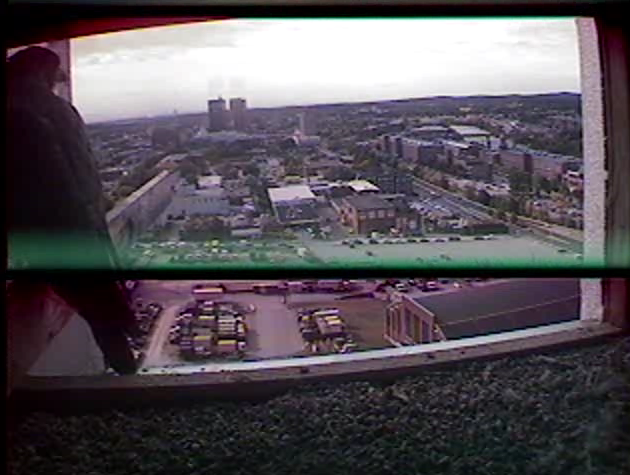 Wilmington Facebook:
Here's a report from Dave from a couple days ago, along with a video or Trinity and Red Girl!
"I noticed, from my window, a big bird on the tippy top of the antenna on your building. I went over to see if anything was up. The bird was one of our falcons intently watching the skies. The other falcon was in the nest box, sometimes ee-chupping. The one on the antenna took off to the north to move a hawk along when an mature BAEA flew over the nest box. That made the other falcon ee-chup even louder, and the bouncer moved from the hawk to the eagle (which had moved away by the time the falcon got there.. Then the bouncer flew into to the nest box and joined the one already there. I recorded over 20 minutes of an empty nest box shelf, hoping to capture the ee-chup conversation, but all I got was city noise and an empty shelf (the falcons were both inside).
Trinity emerged and silently watched some turkey vultures circling to the north. He turned around and I got to watch falcon butt for a while as he continued his conversation with Red Girl. Then he took off and ran off another hawk to the east, past DuPont. He came back and perched on BB. Red Girl emerged from the nest box and sat on the shelf. Both looked to be in fine condition, and the tercel showed no head wound at all. The osprey you saw appeared and circled a couple times, getting quite low. No one took off after it, but they did kick up a verbal fuss (which is on the video) . A few minutes later, after the osprey had moved westward, Red Girl took off and chased something past WSFS. I didn't get a look at it. When I looked back Trinitry had also flown." 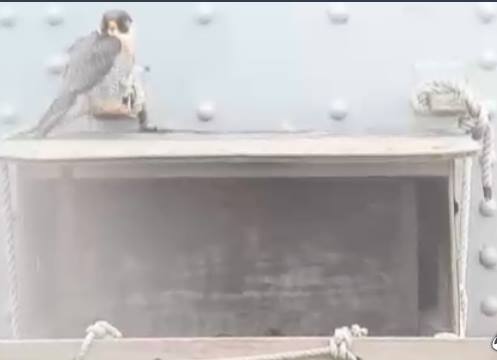 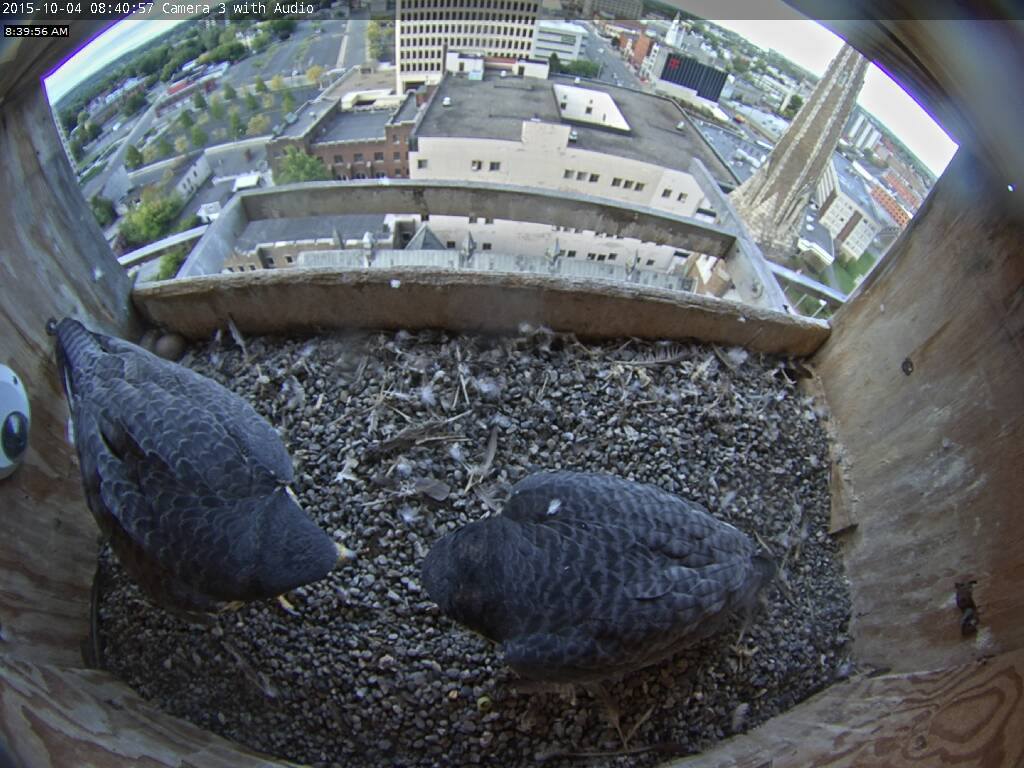 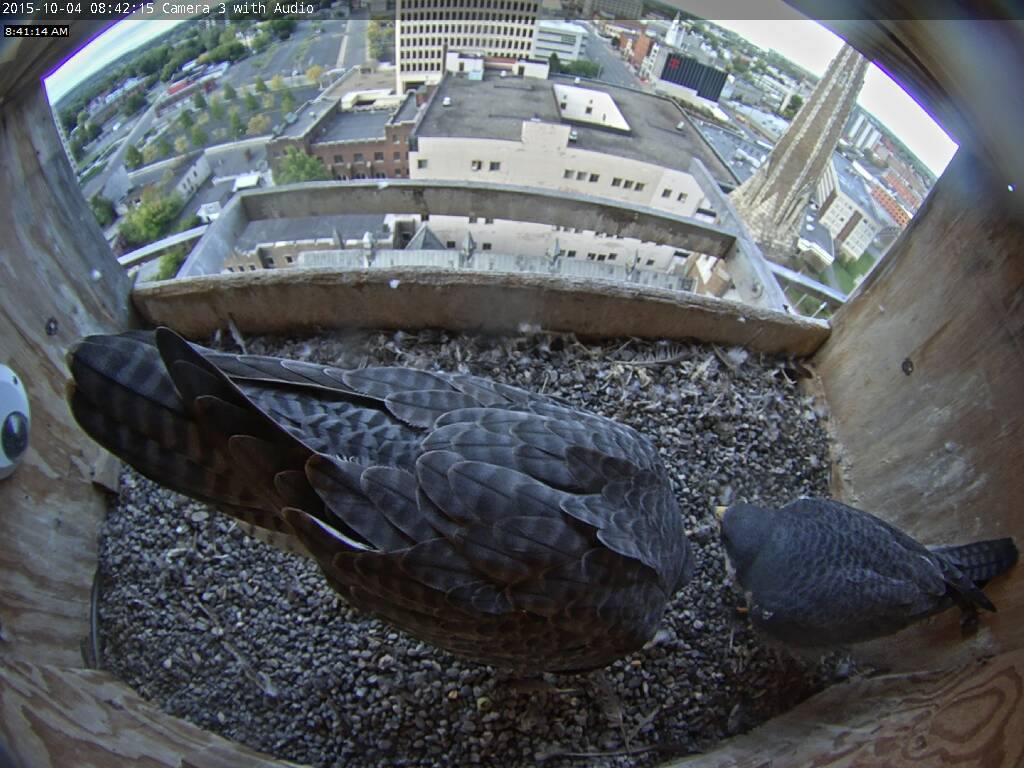 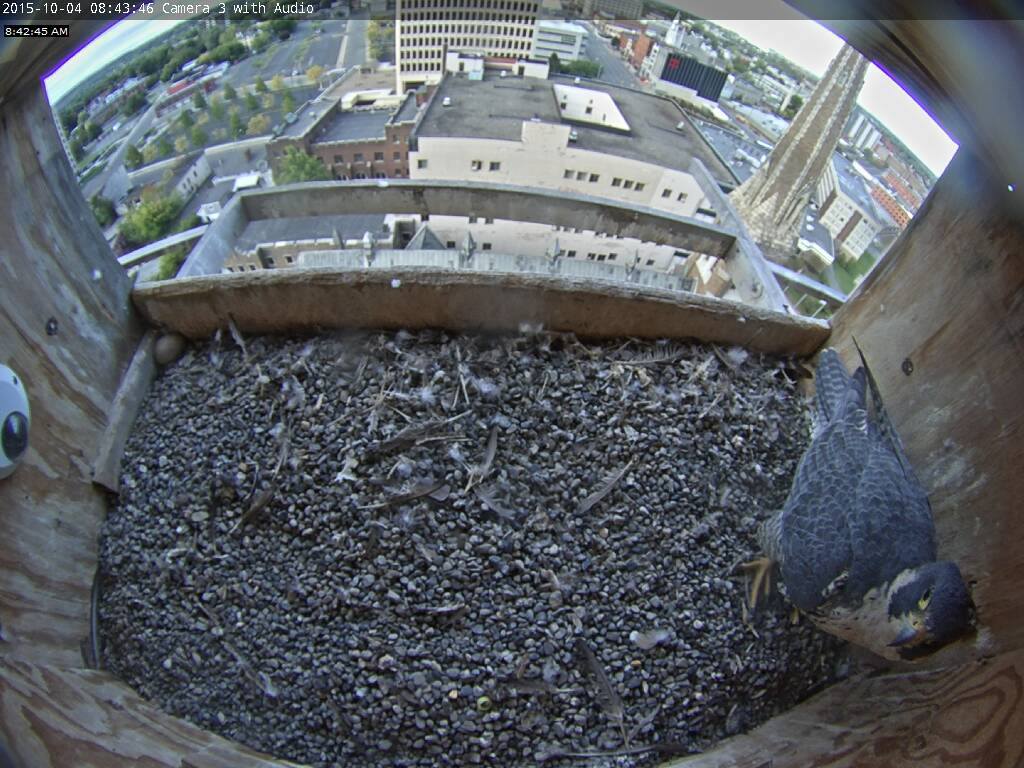 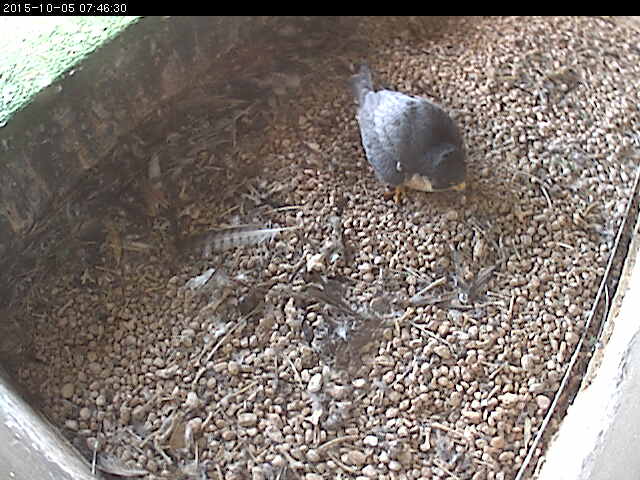 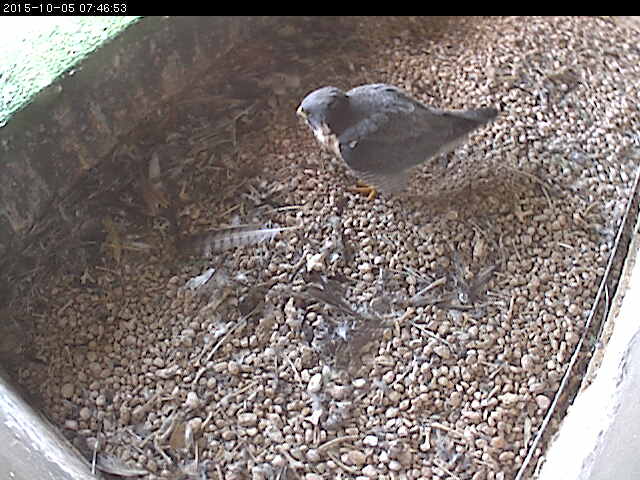 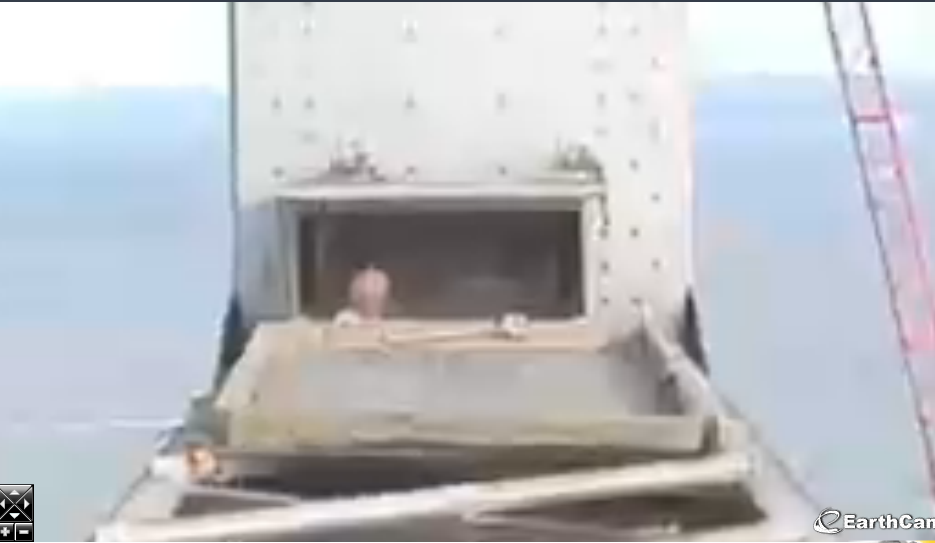 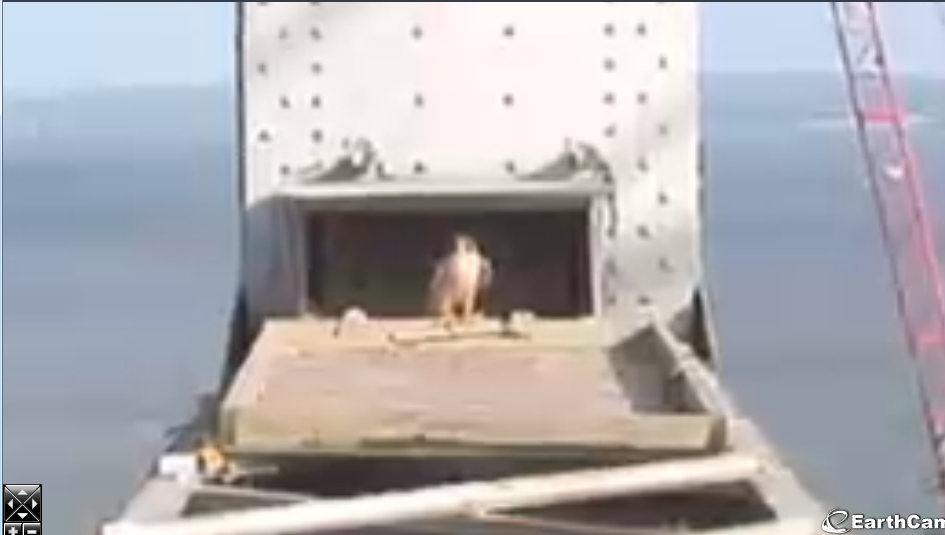 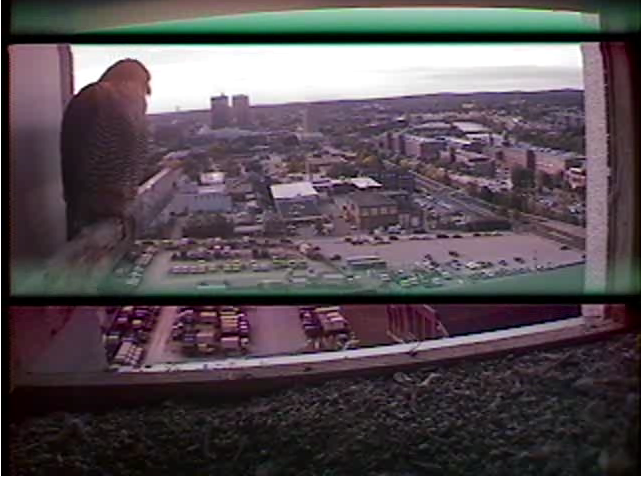 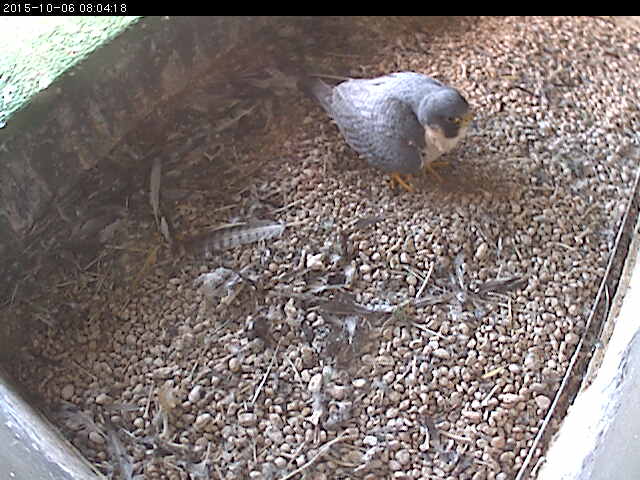