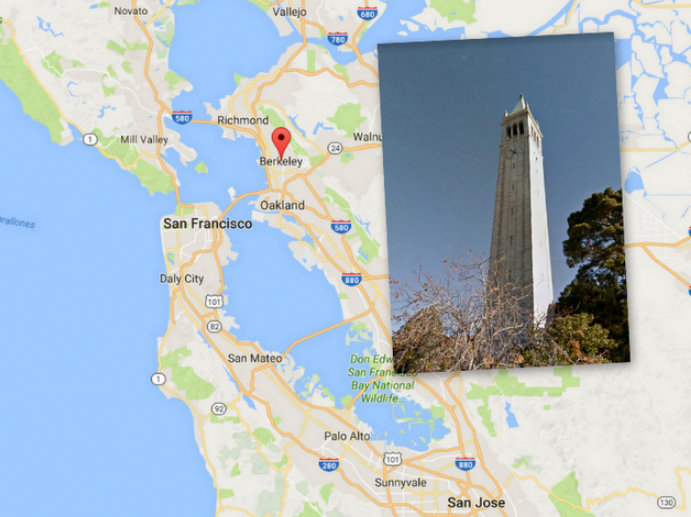 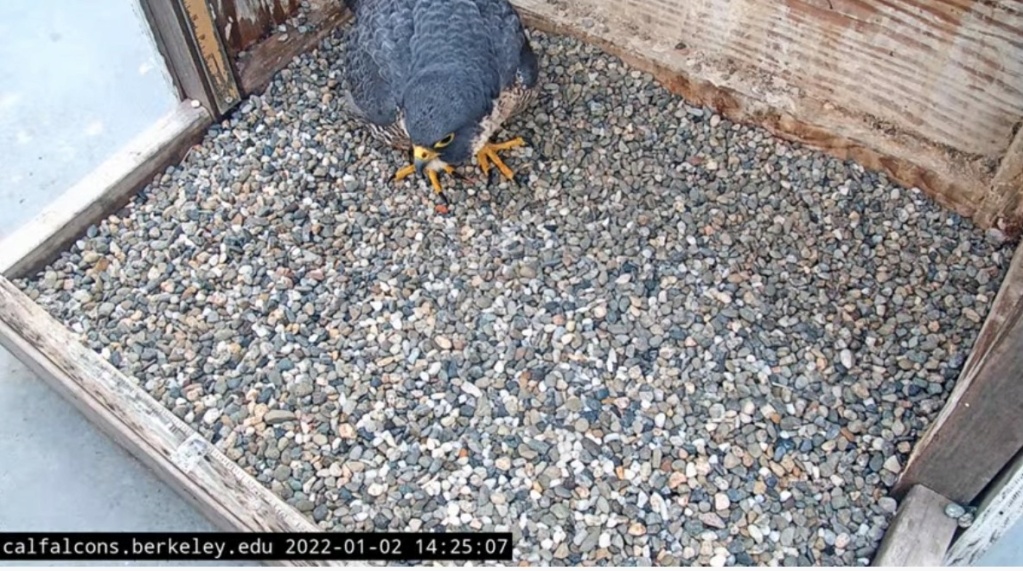 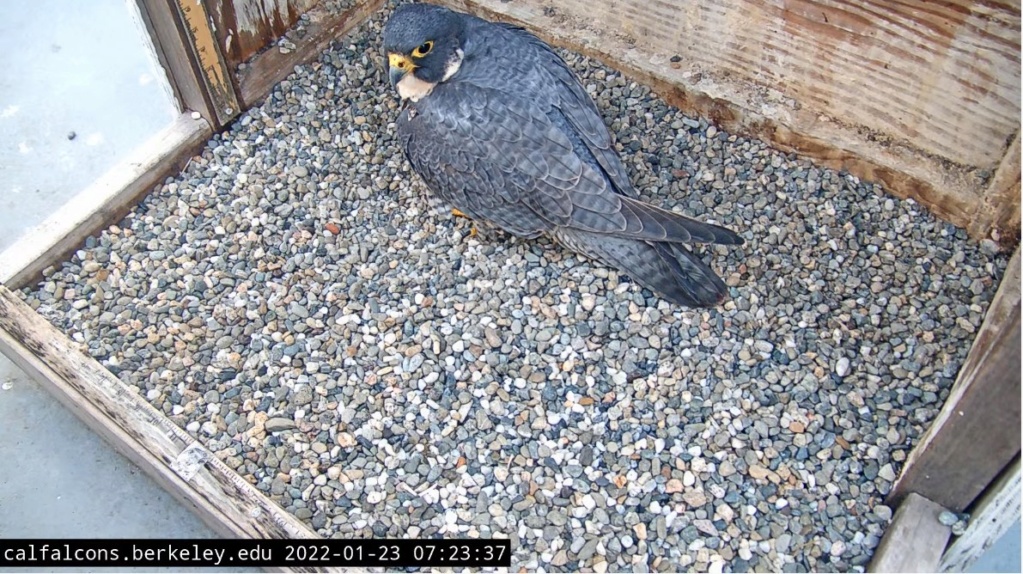 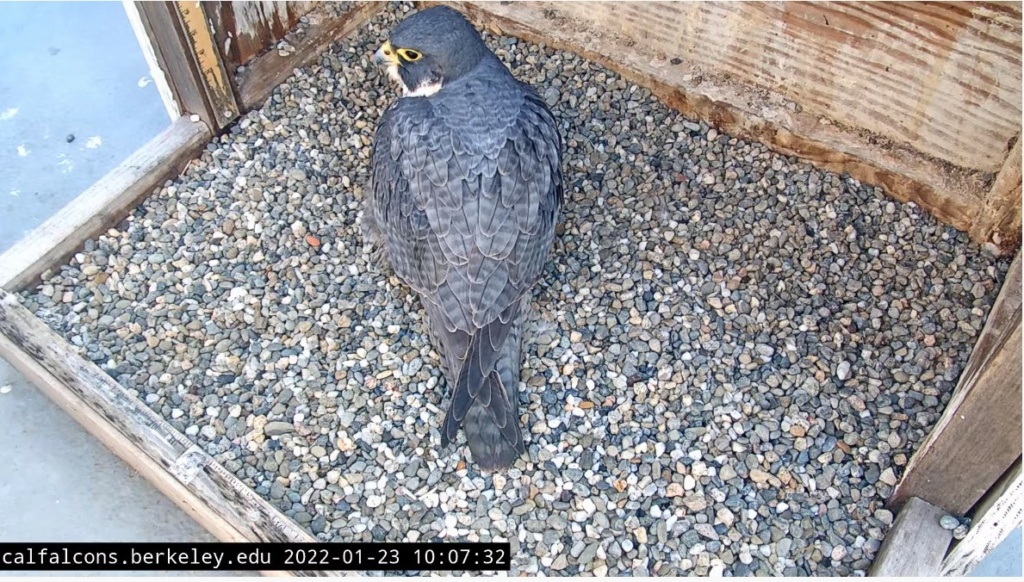 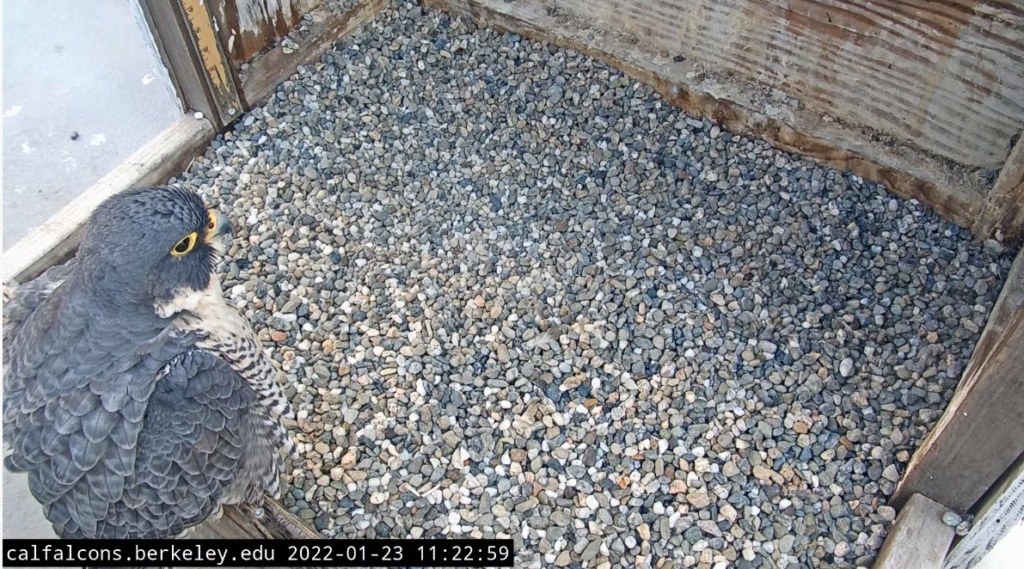 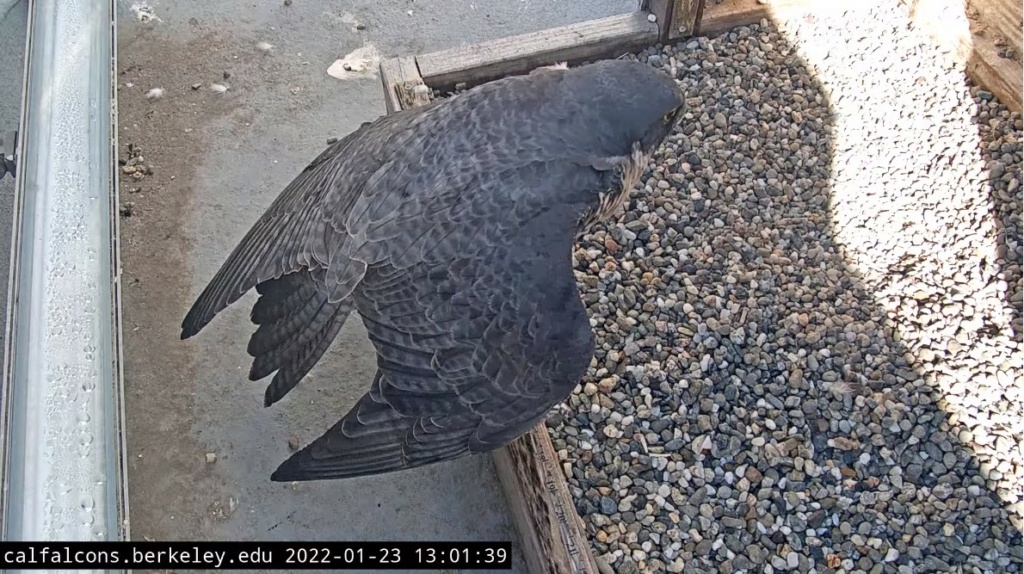 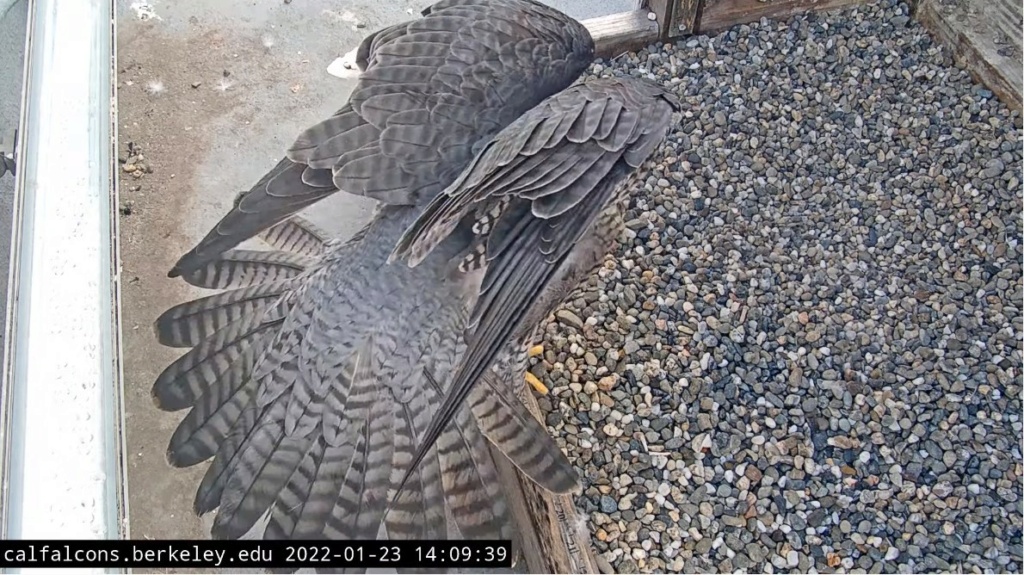 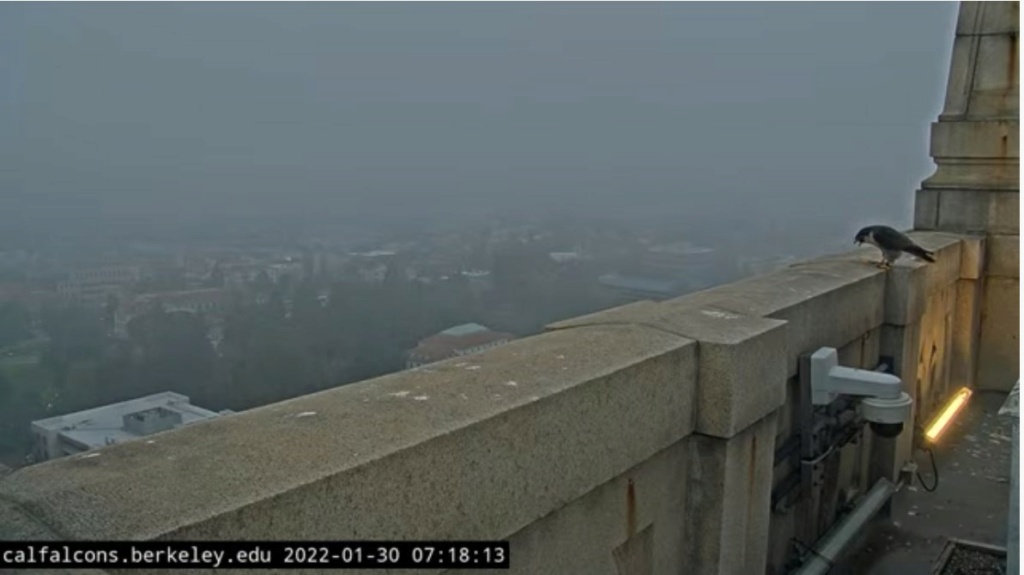 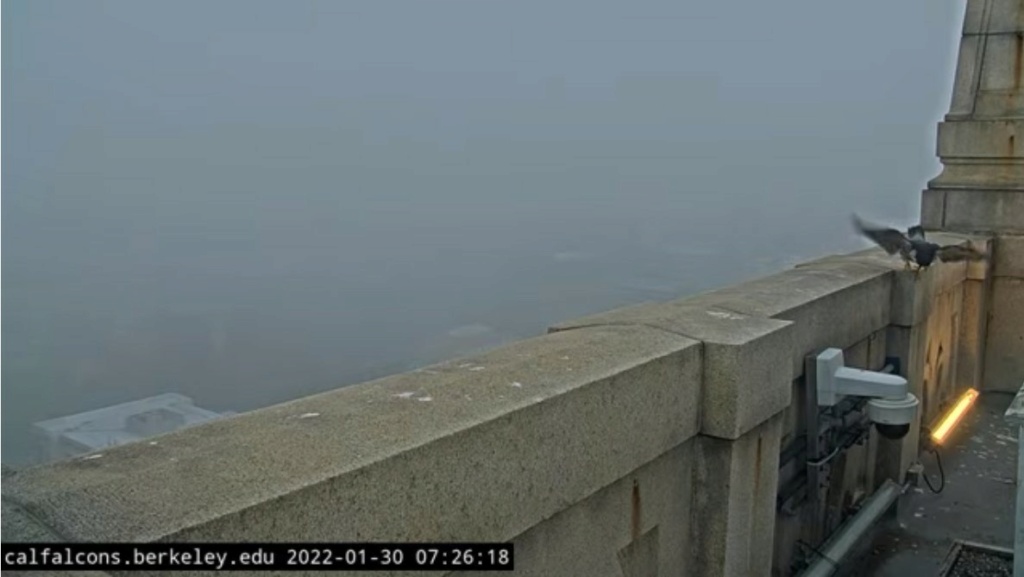 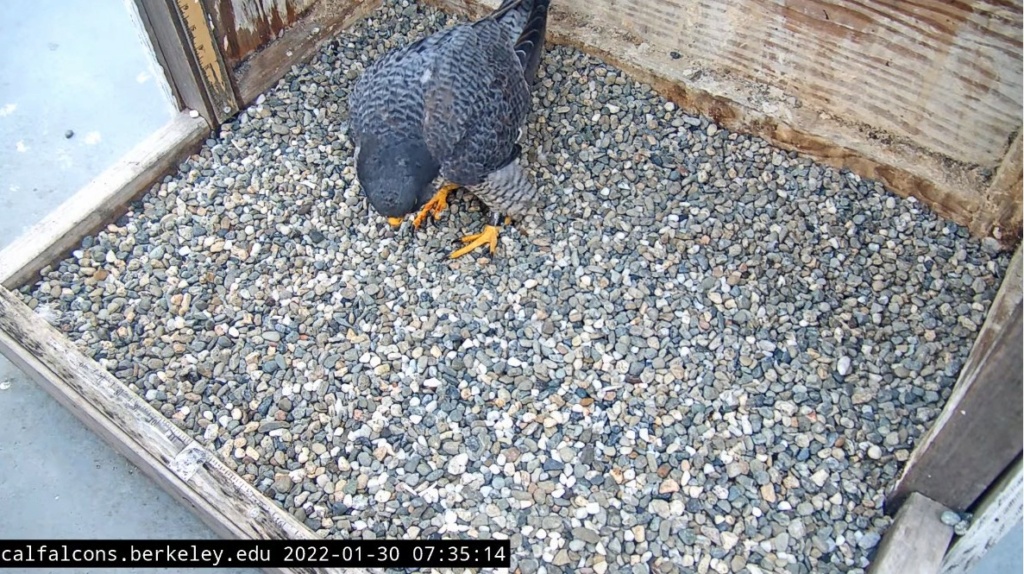 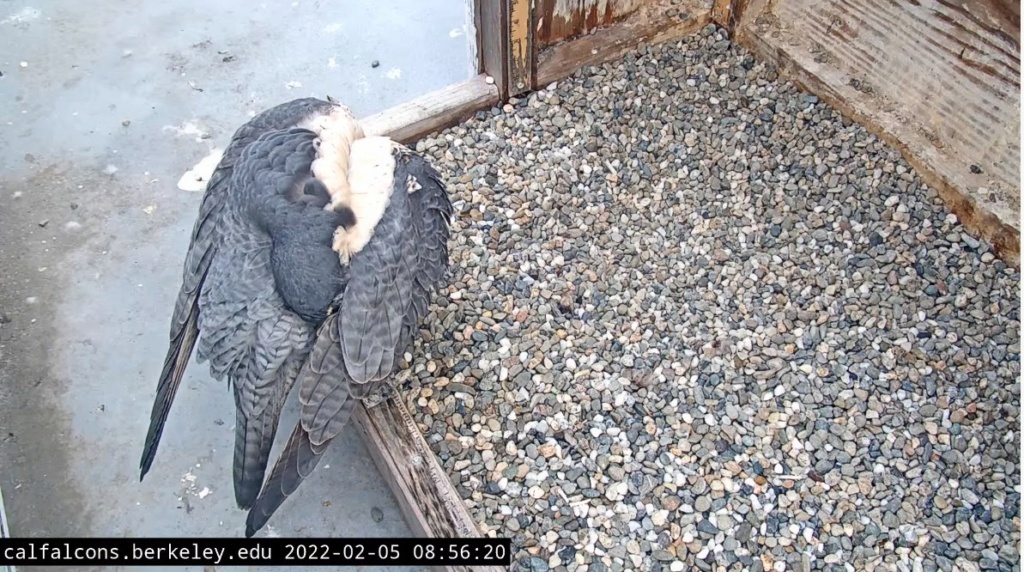 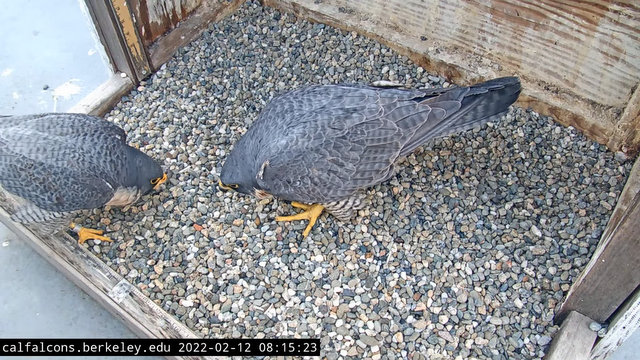 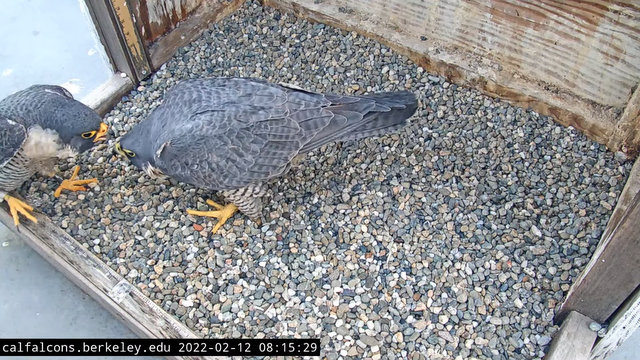 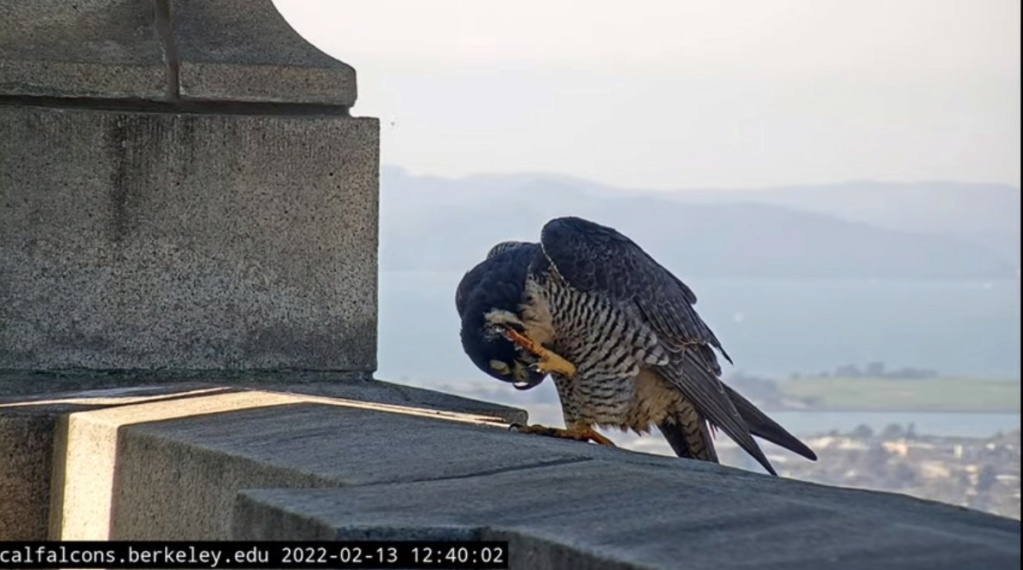 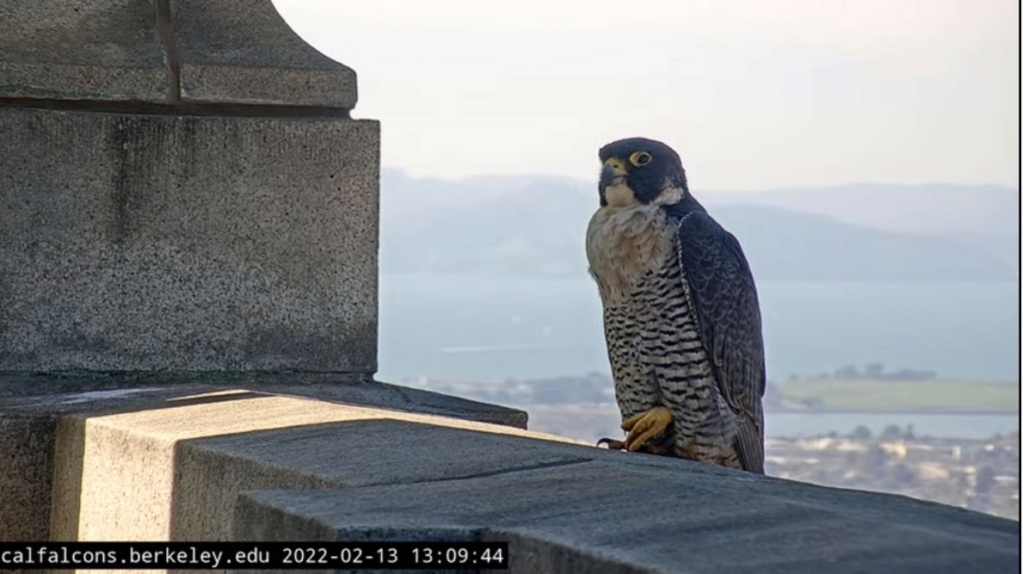 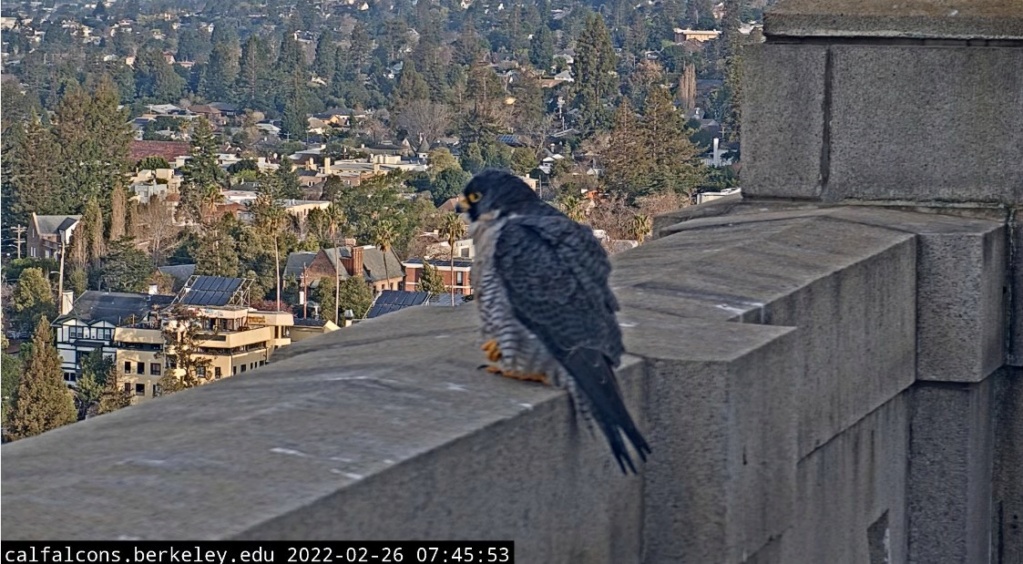 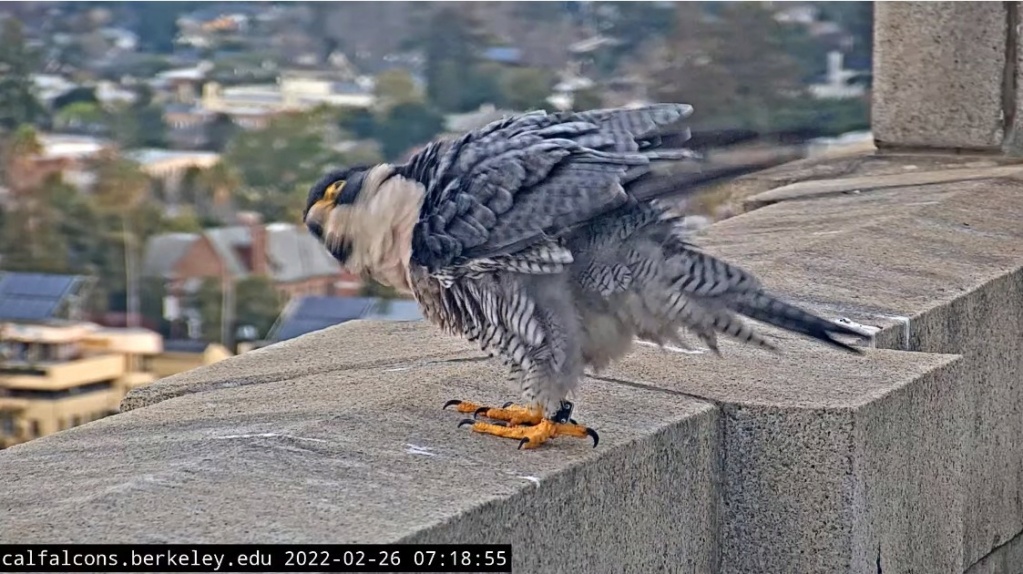 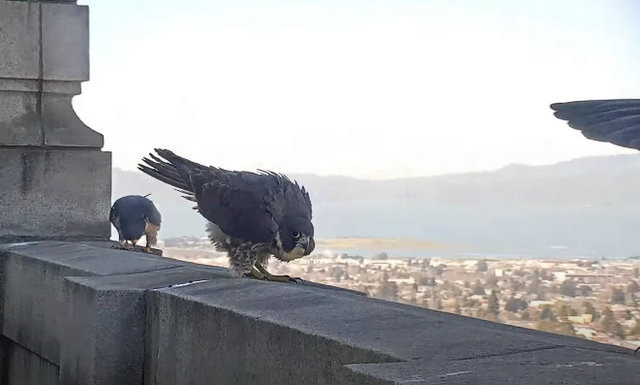 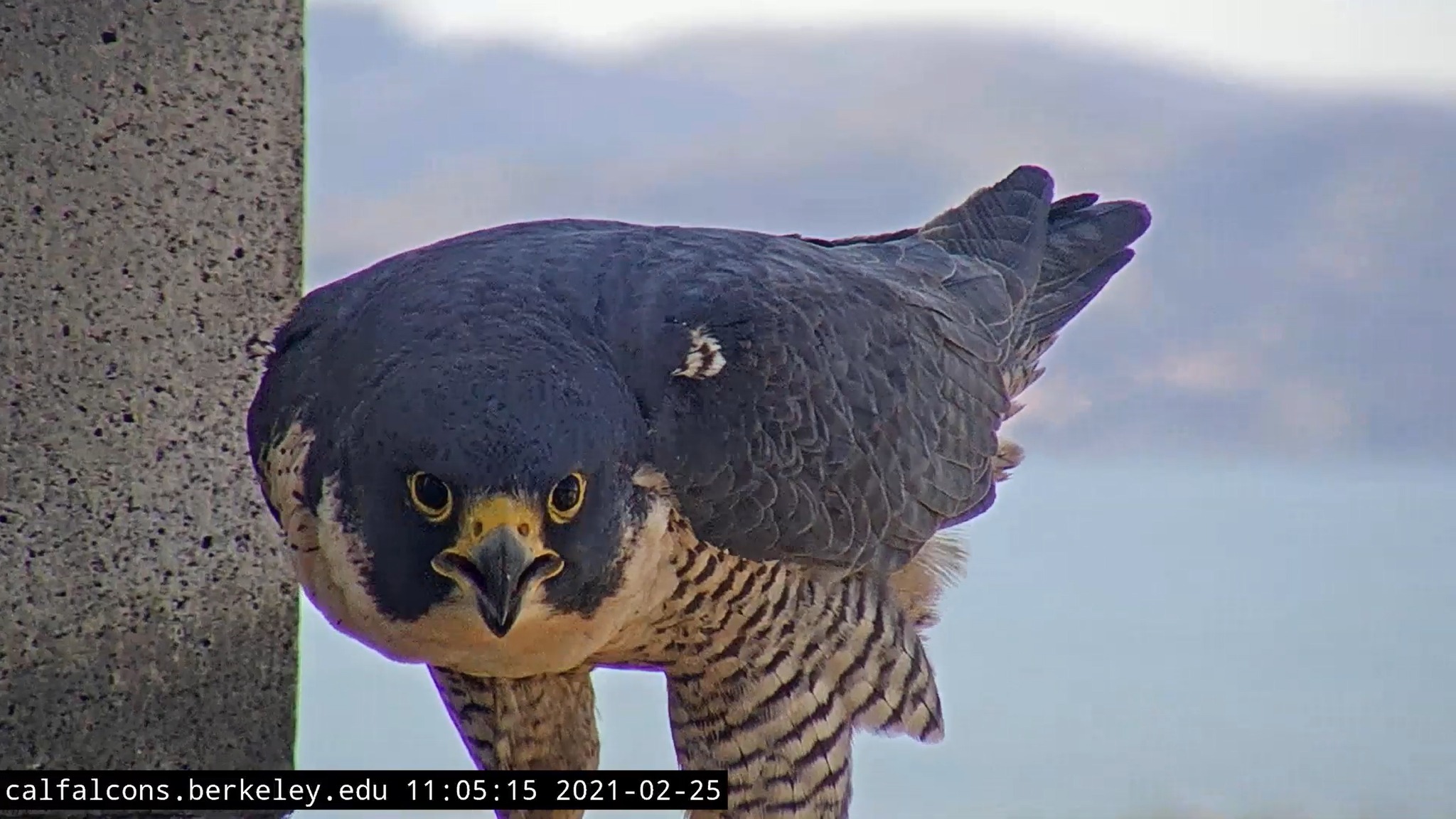 Over the past week, we have had a number of new females spending time at the tower and have not seen Annie at all. Unfortunately, we believe that Annie has either been displaced from the territory, is injured or dead.
Currently, Grinnell has been seen soliciting courtship from an unbanded juvenile falcon, who has been on the Campanile for the last few days. A few other adult falcons have spent time there as well. We don't believe the territory has settled at all, and there could still be a lot of turnover before the territory owners are decided. We expect at a minimum, breeding this year will be delayed for some time, with a pretty strong possibility no eggs will be laid this year.
It's incredibly difficult to say goodbye to Annie. She was a wonderful mother and raised 13 chicks in five broods. We are heartened, though, that there are already new falcons exploring the Campanile, a testament to how well they've recovered from the brink of extinction. We are going to miss Annie immensely, but we are so grateful for the five years we got to spend with her and her chicks.