5/28/2022 :: Update from the ledge
Today saw the fledging of the young falcon banded Blue at 10:47 am. A scant two hours later, Blue, while attempting to land on the 15th floor ledge of the Rachel Carson State Office Building (RCSOB), flew into the side of the RCSOB and perished. As unwanted as this outcome is, it is important to remember that the mortality rate for young falcons is about 60%. This means that approximately 6 out of every 10 falcons hatched will die in its first year of life. Due to the dedication of the Falcon Watch and Rescue Volunteers the actual first year mortality at the RCSOB is quite low which explains why this nest site is the most productive within the Commonwealth.
_________________
Het leven is soms veel te kort,geniet ervan en durf te leven! 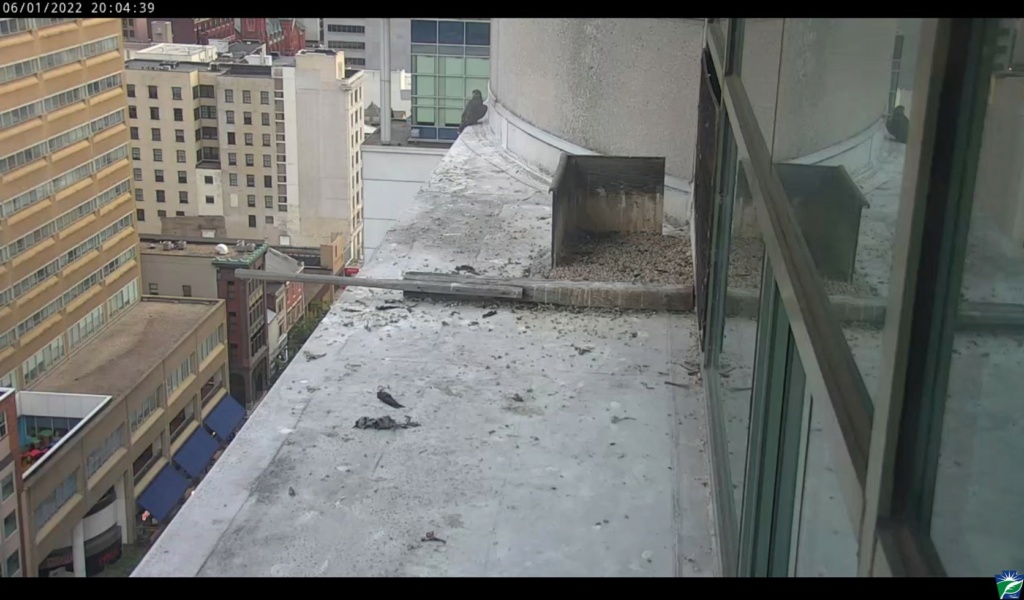 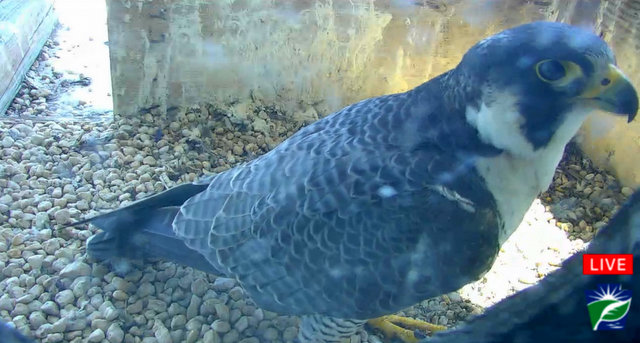 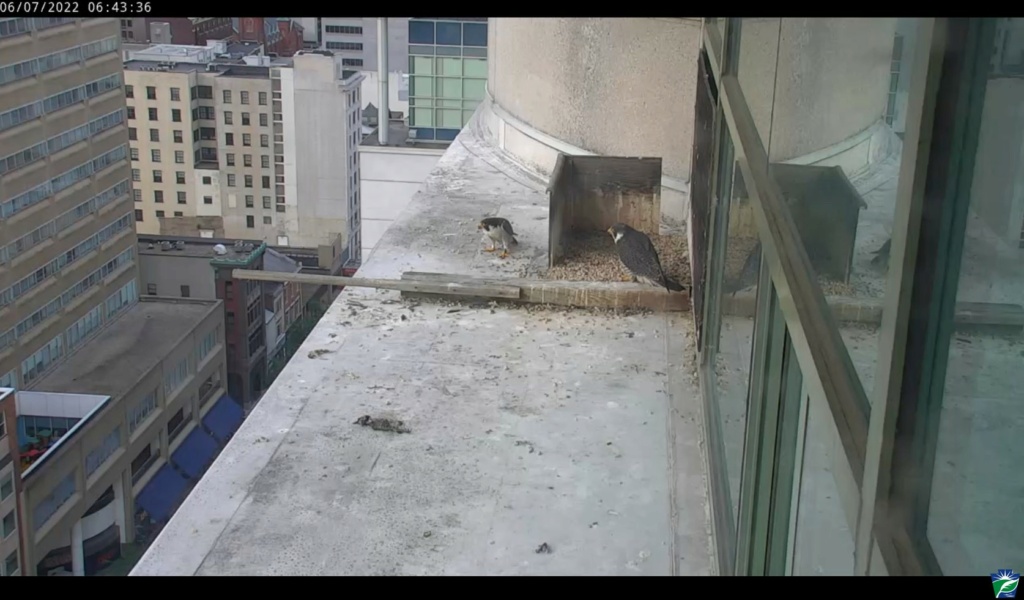 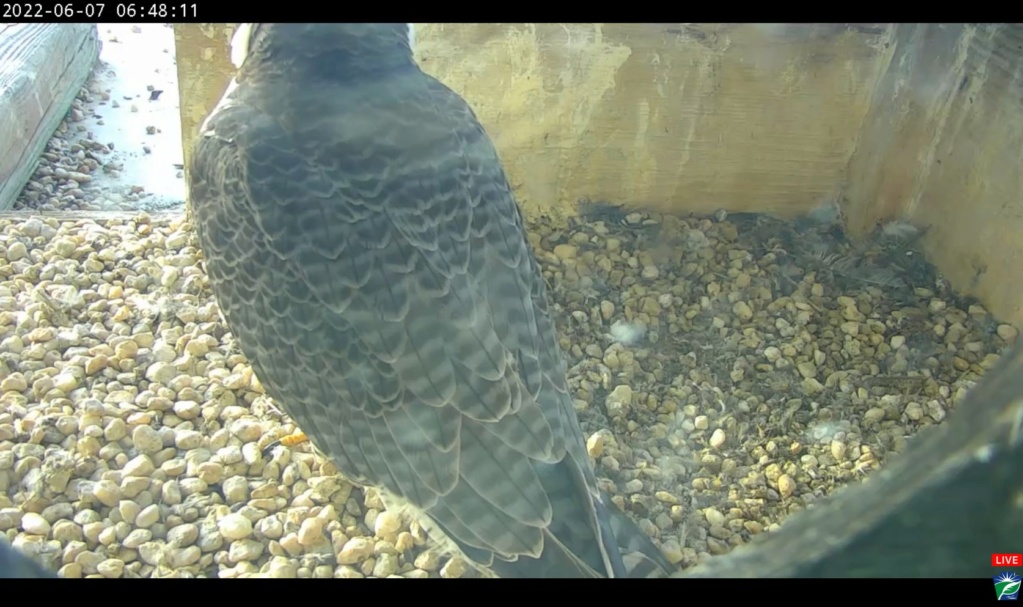 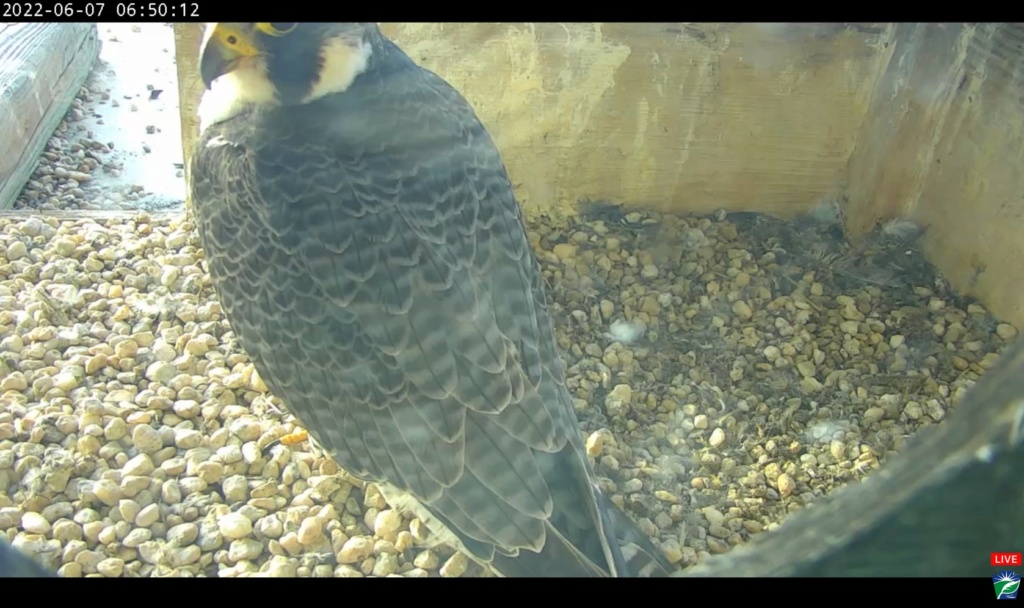 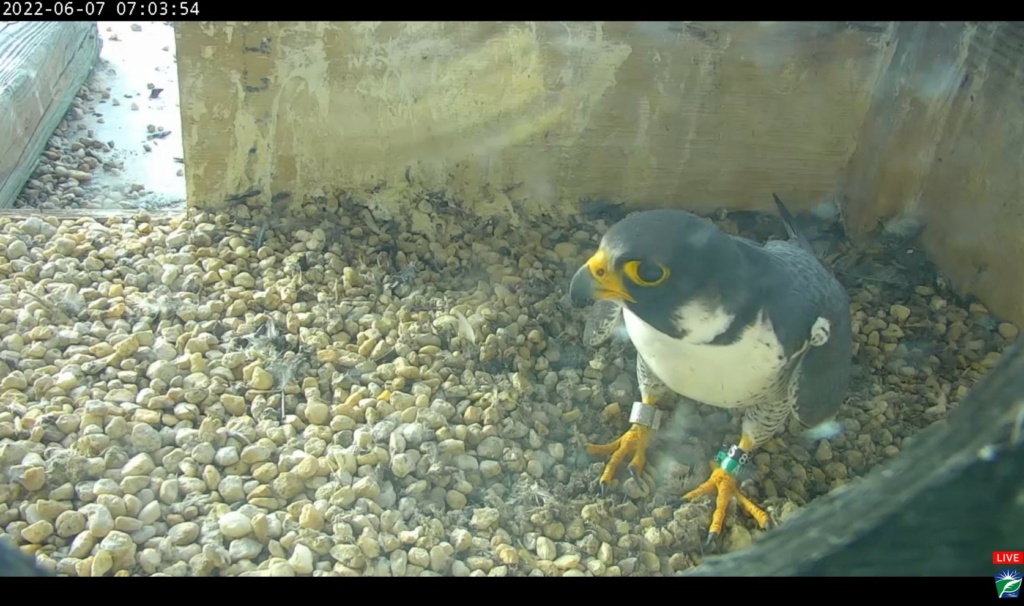 dep.pa.gov/falconwire
The former dominant male, W/V, is her grandfather. Her grandmother was banded 4/4 and bred successfully on the ledge at the Rachel Carson State Office Building in Harrisburg from 2000 to 2010.
We will continue to provide updates if/when more information on Yellow, Green, and Red is received. Falcon Wire will also continue to provide updates on 48/AE, the former female. 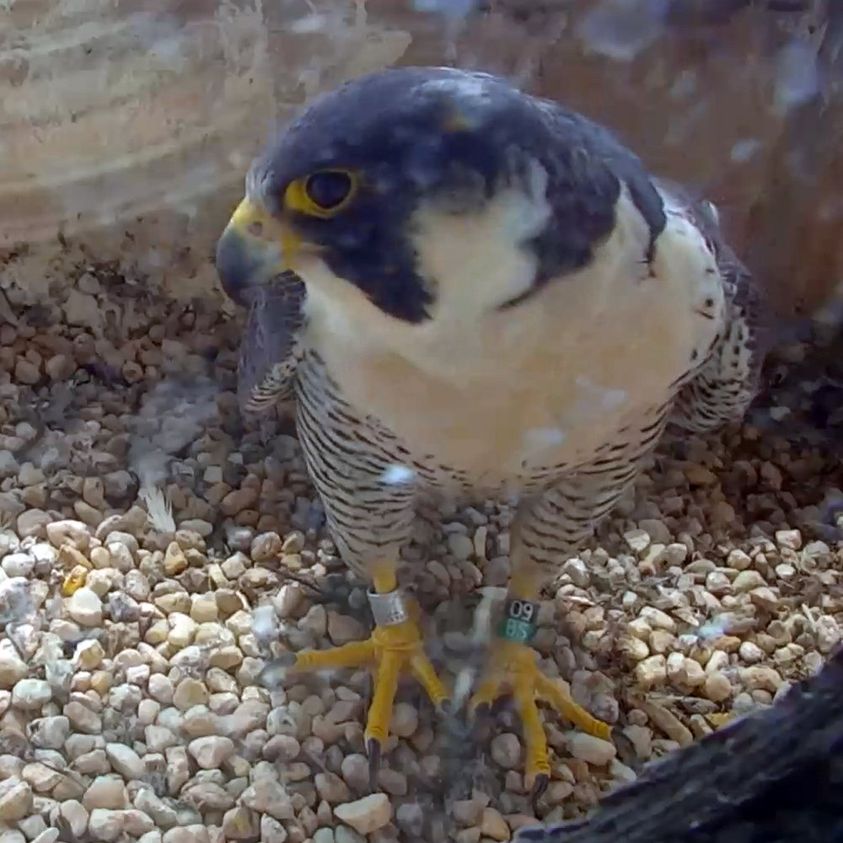 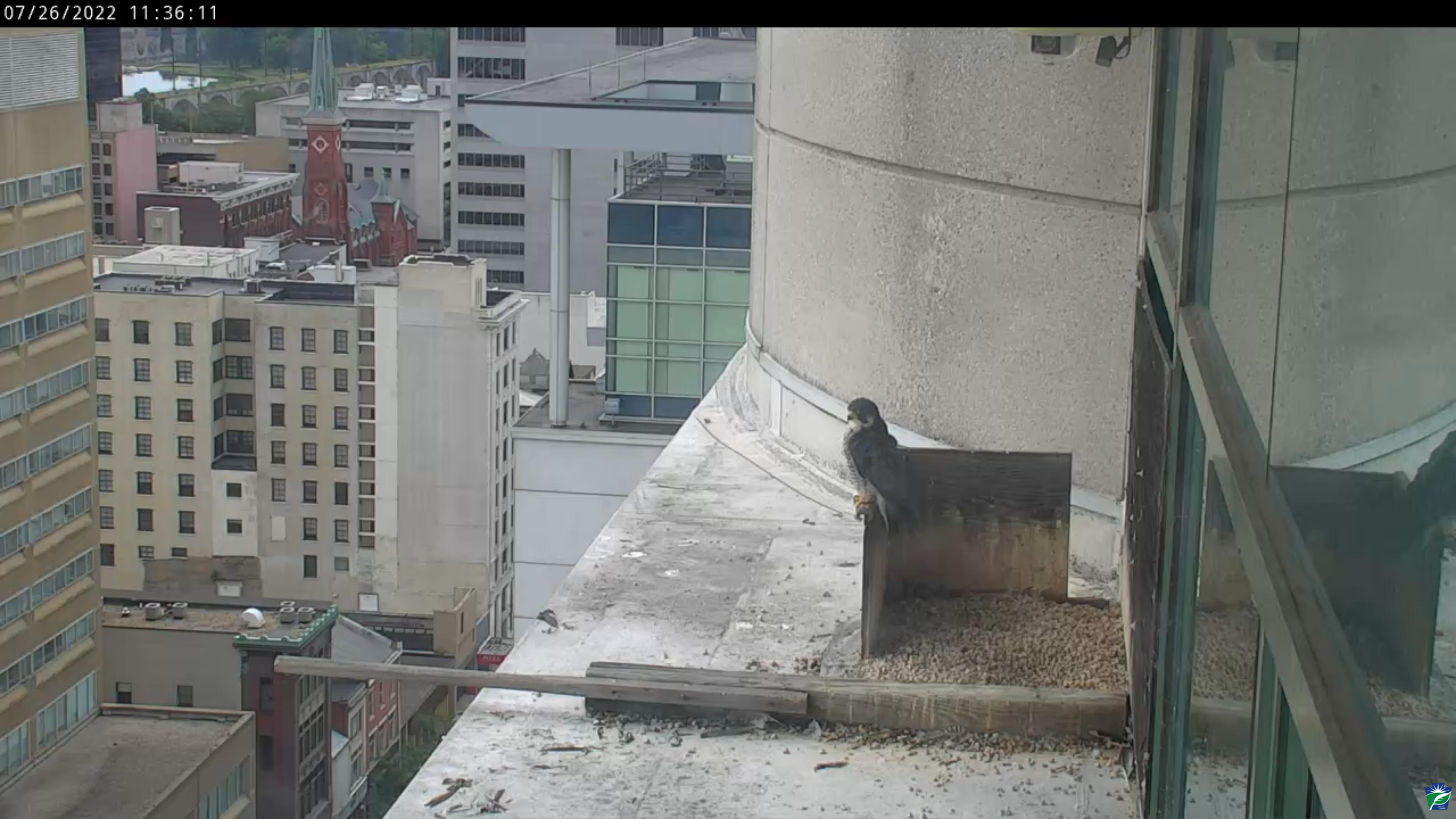 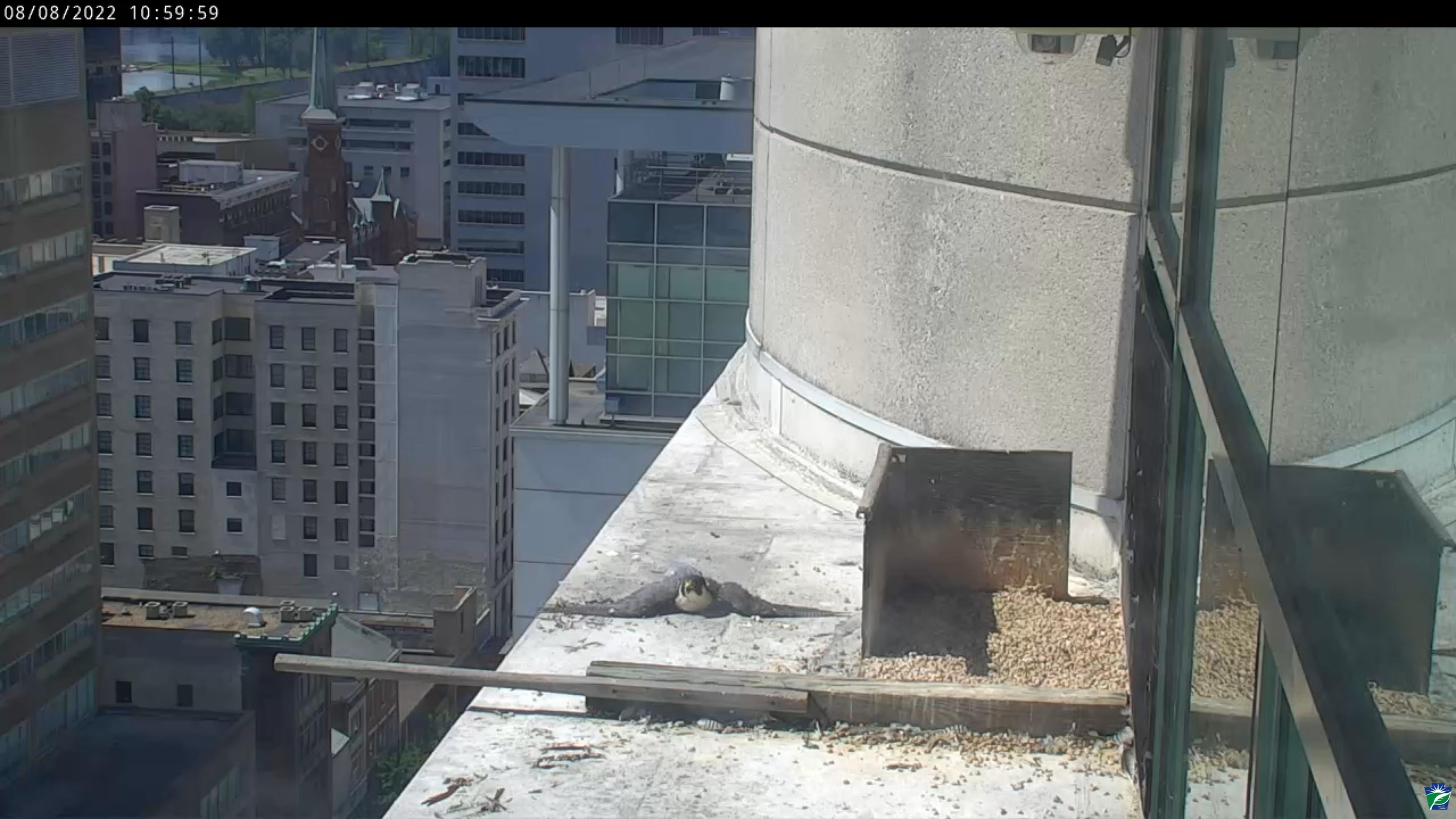 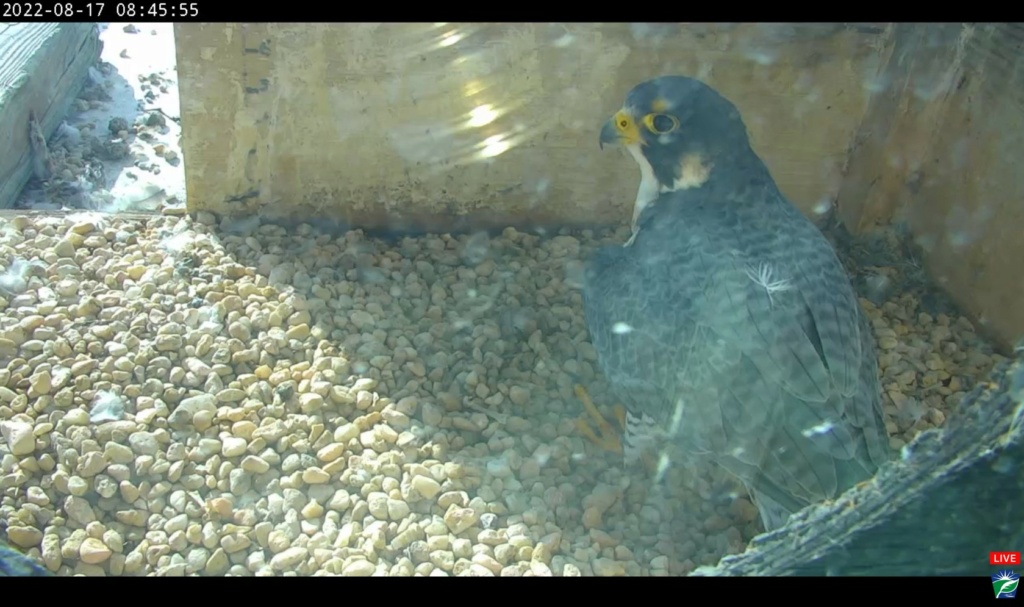 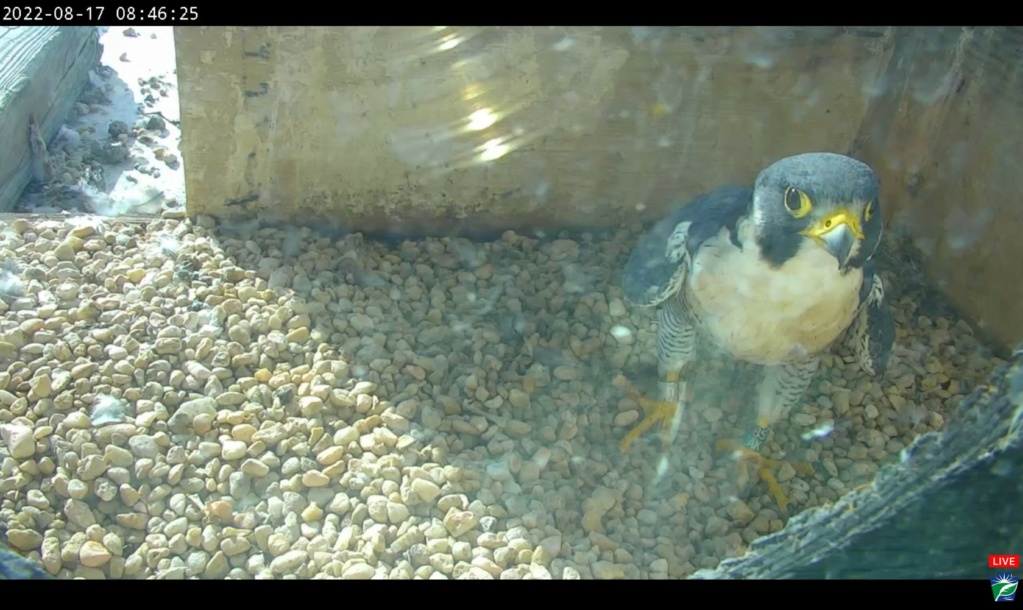 8/16/2022 :: Update on 48/AE
48/AE, the longtime resident female, continues rehabilitation at Red Creek Wildlife Center. Falcon Cam followers may remember that she was rescued after spending hours on top of the Harrisburg Transportation Center. Due to the heat, 48/AE's feet were burned and required treatment. As she was not in a flight cage while her wing was still healing, the feet required an additional treatment. This second treatment was successful, and the feet have now healed. During this time 48/AE's wing has continued to heal as well. Now the wing is being carried close to its normal position. Therefore, in the near future, she will be moved to the flight cage and begin strengthening the injured wing and continue to hone her flight skills. As mentioned previously this rehabilitation will be a long process. For 48/AE to be returned to the wild, her wing will need to be at or near 100% primarily due to the forces Peregrine falcons are subject to when diving at extreme speeds.
_________________
Het leven is soms veel te kort,geniet ervan en durf te leven! 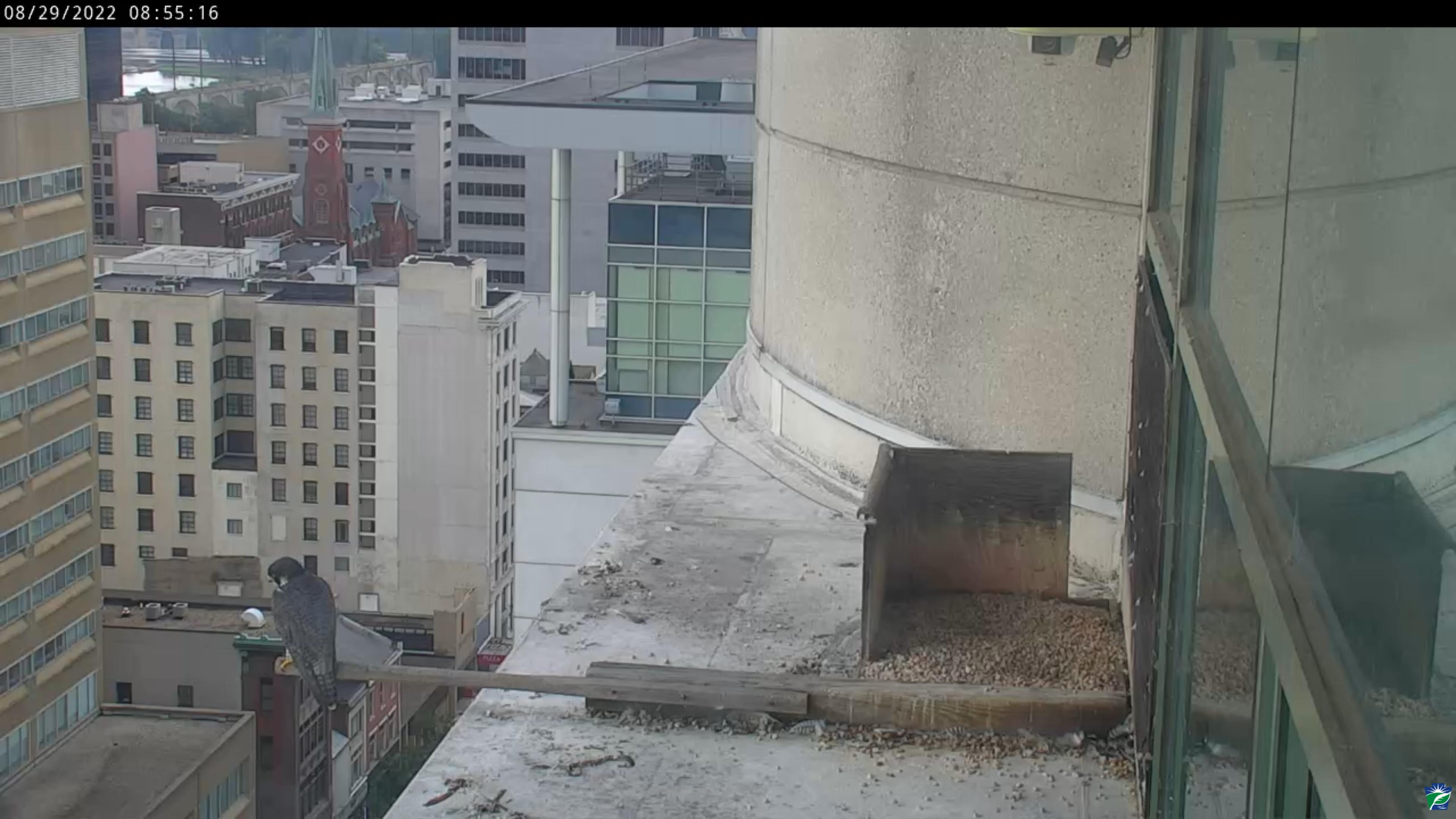 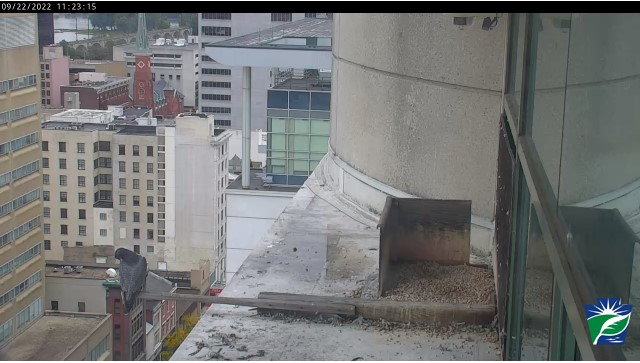 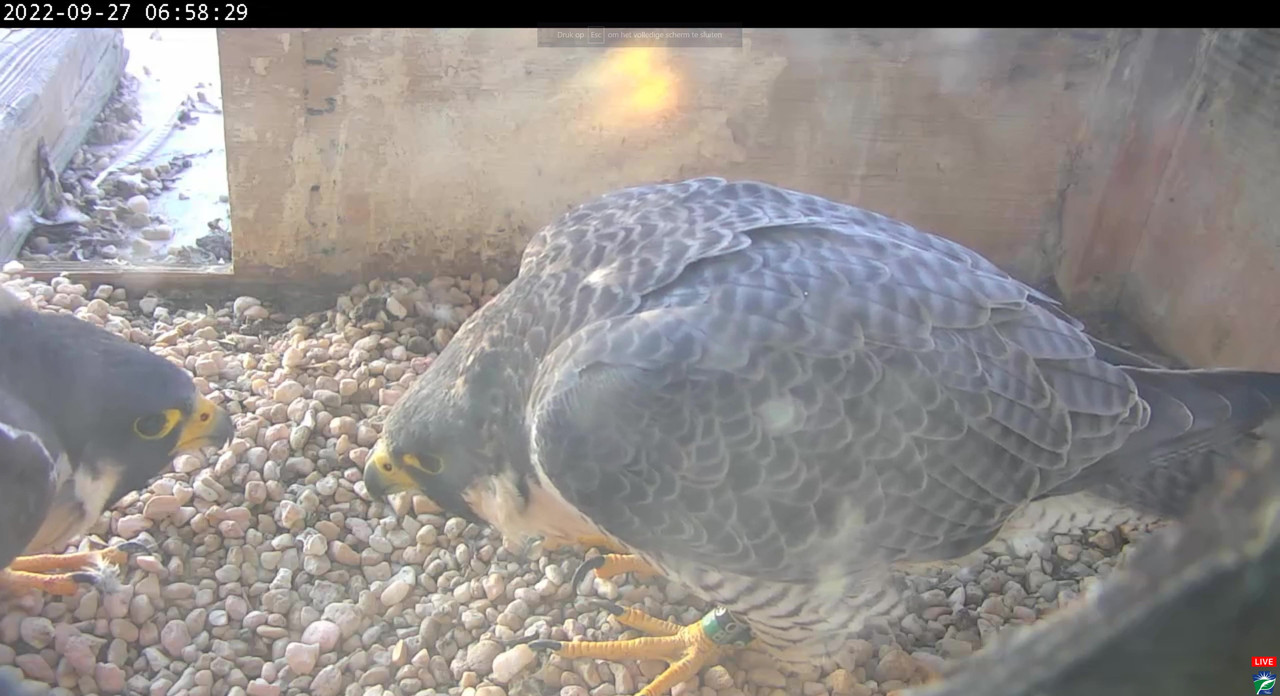 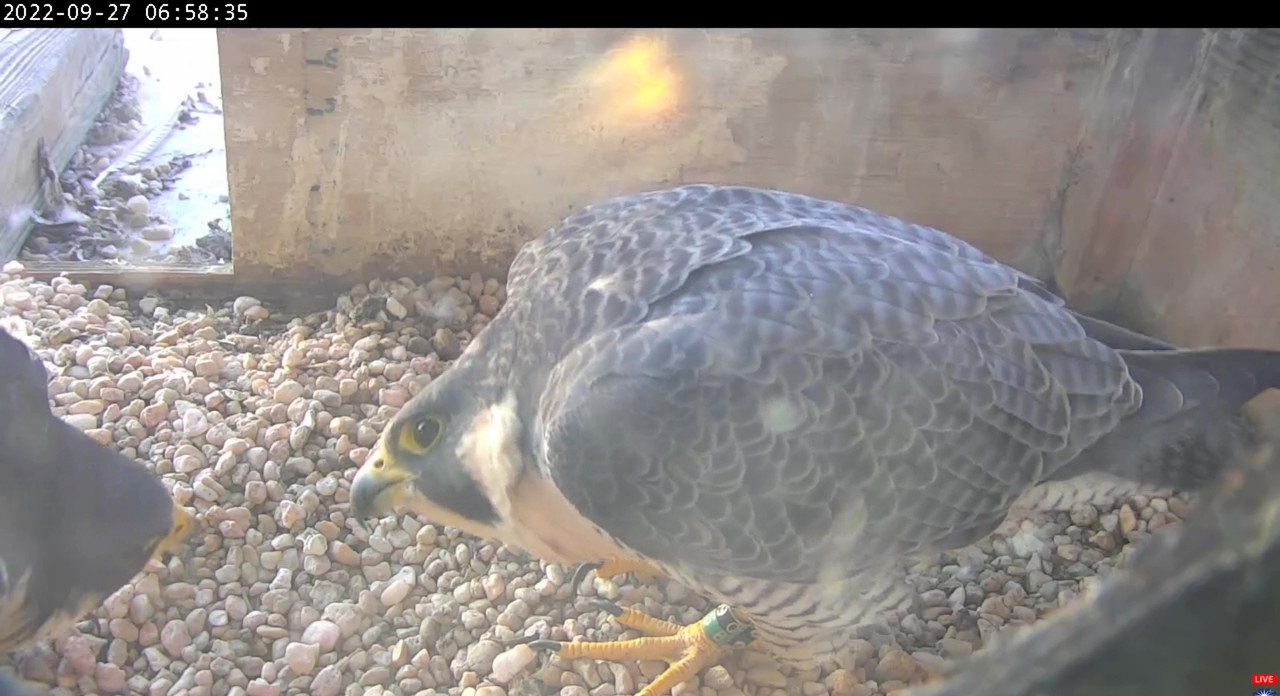 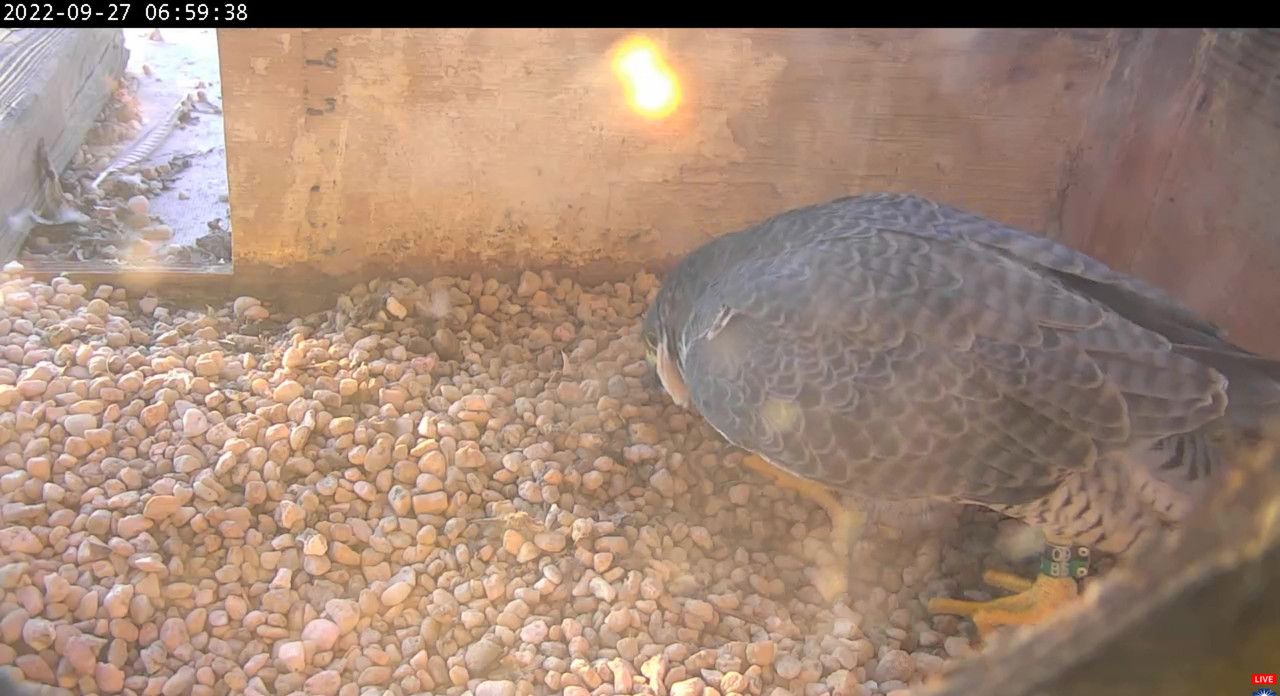 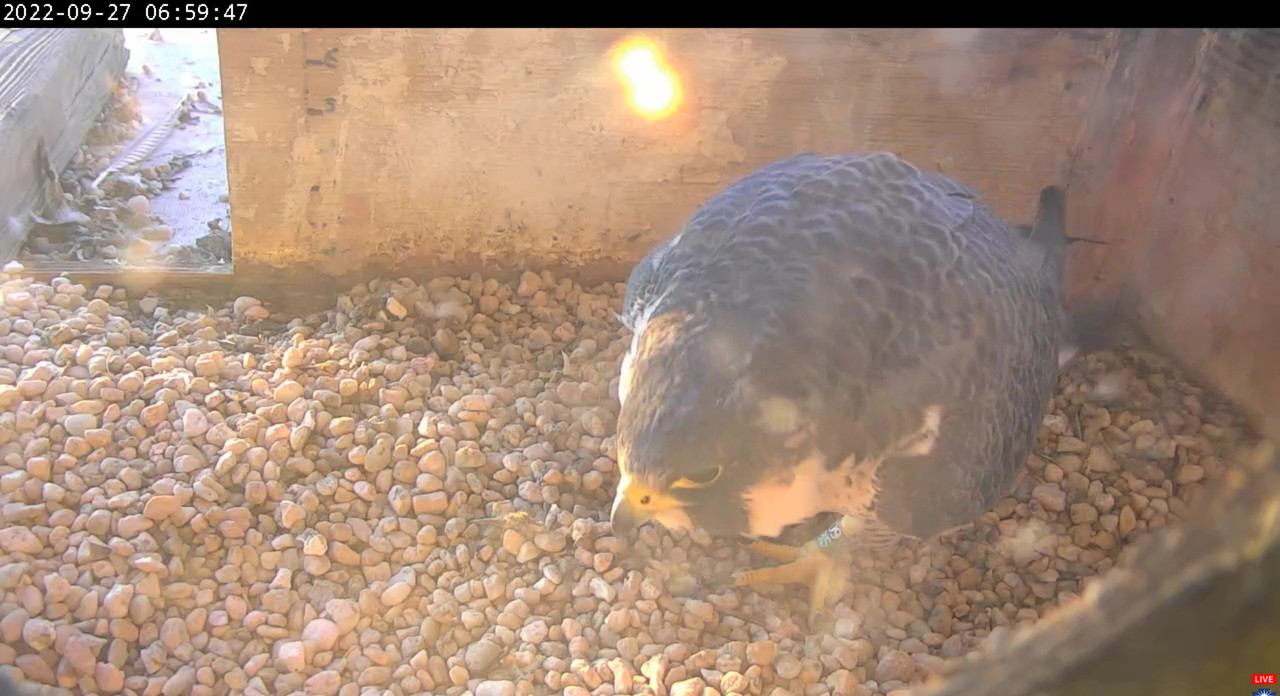 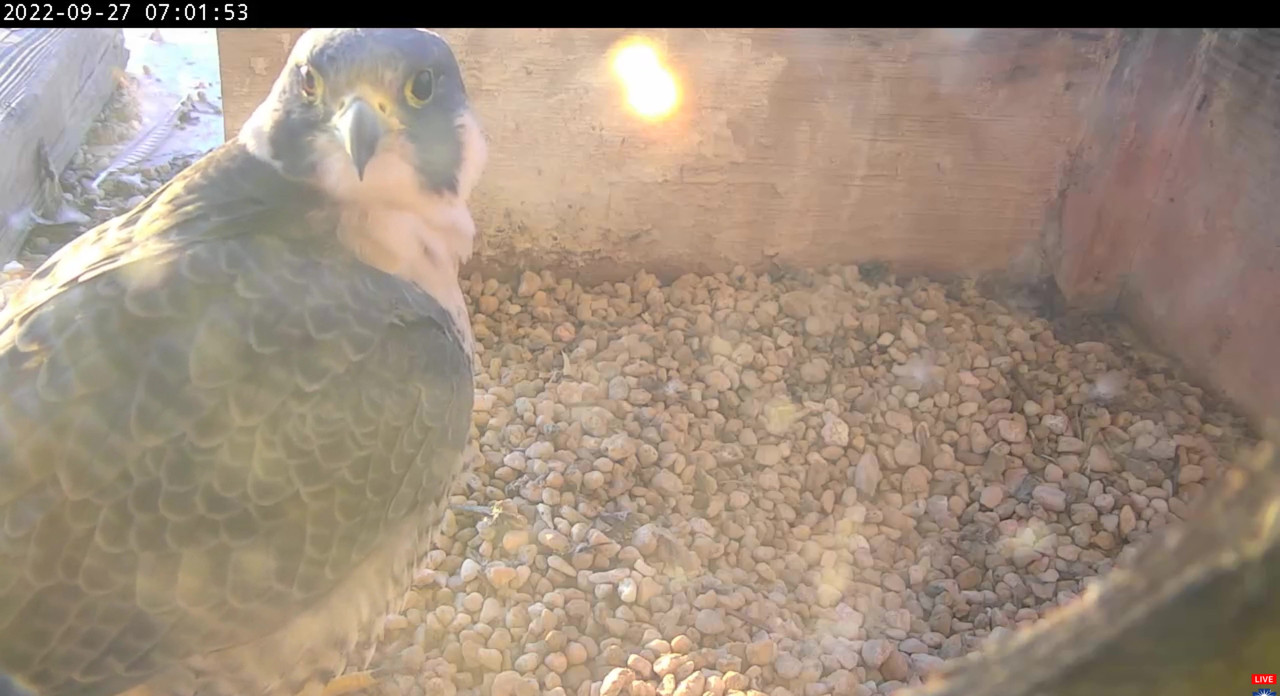