UPDATE on SE15 - 29th November 8pm
According to the senior veterinarian (Larry) at Taronga Wildlife Hospital (TWH), SE15 is doing really well and they hope to release him from quarantine soon.
They are very pleased with SE15's progress and are pretty sure he is indeed a male...however, the elusive bloods including DNA have not come back yet. Larry said that SE15 is a very amiable eagle (of course "our" baby is chilled!).
Regarding the donations we collected for TWH, the money will go directly to them, towards essential equipment supplies.
_________________
Het leven is soms veel te kort,geniet ervan en durf te leven! 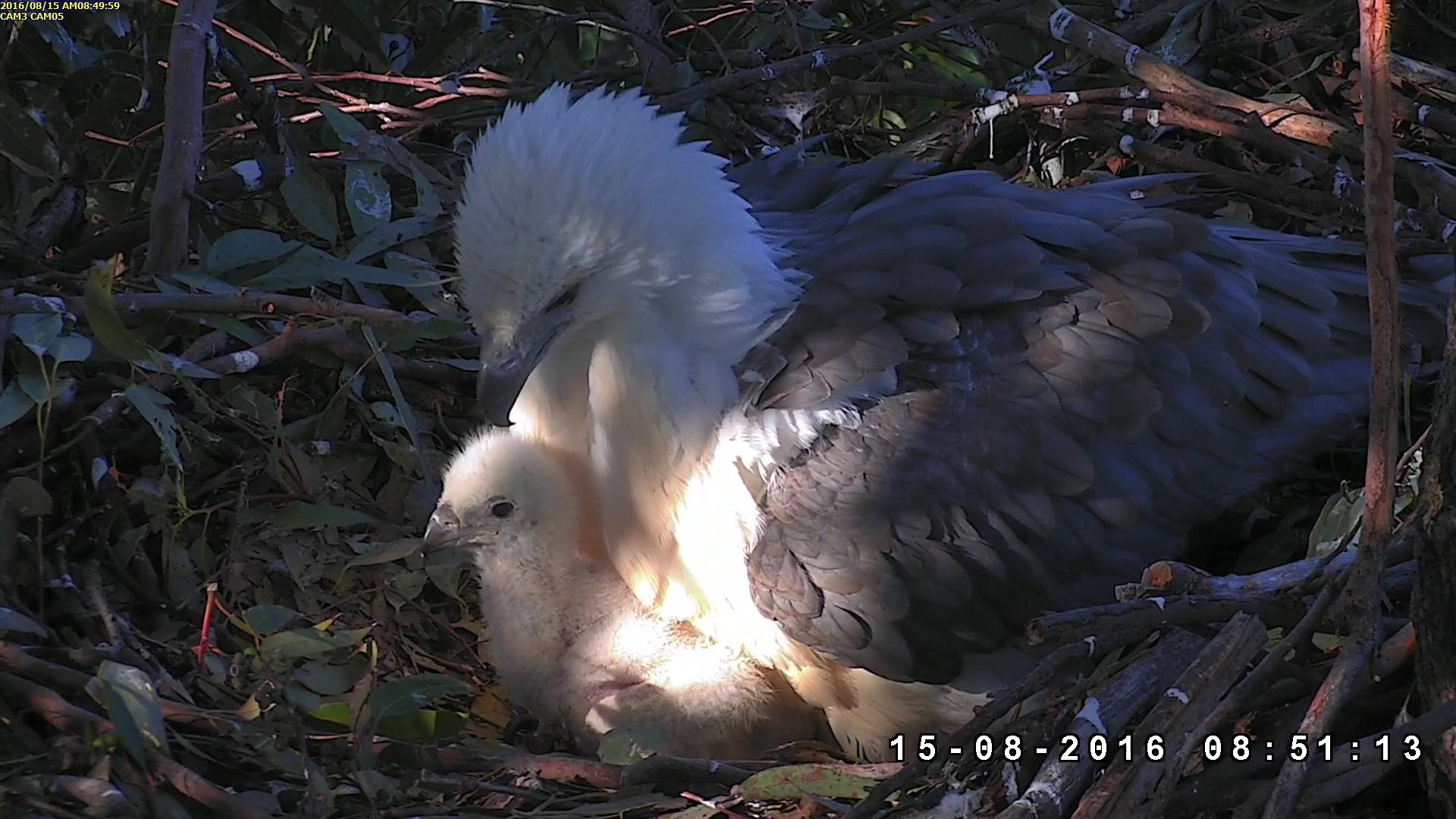 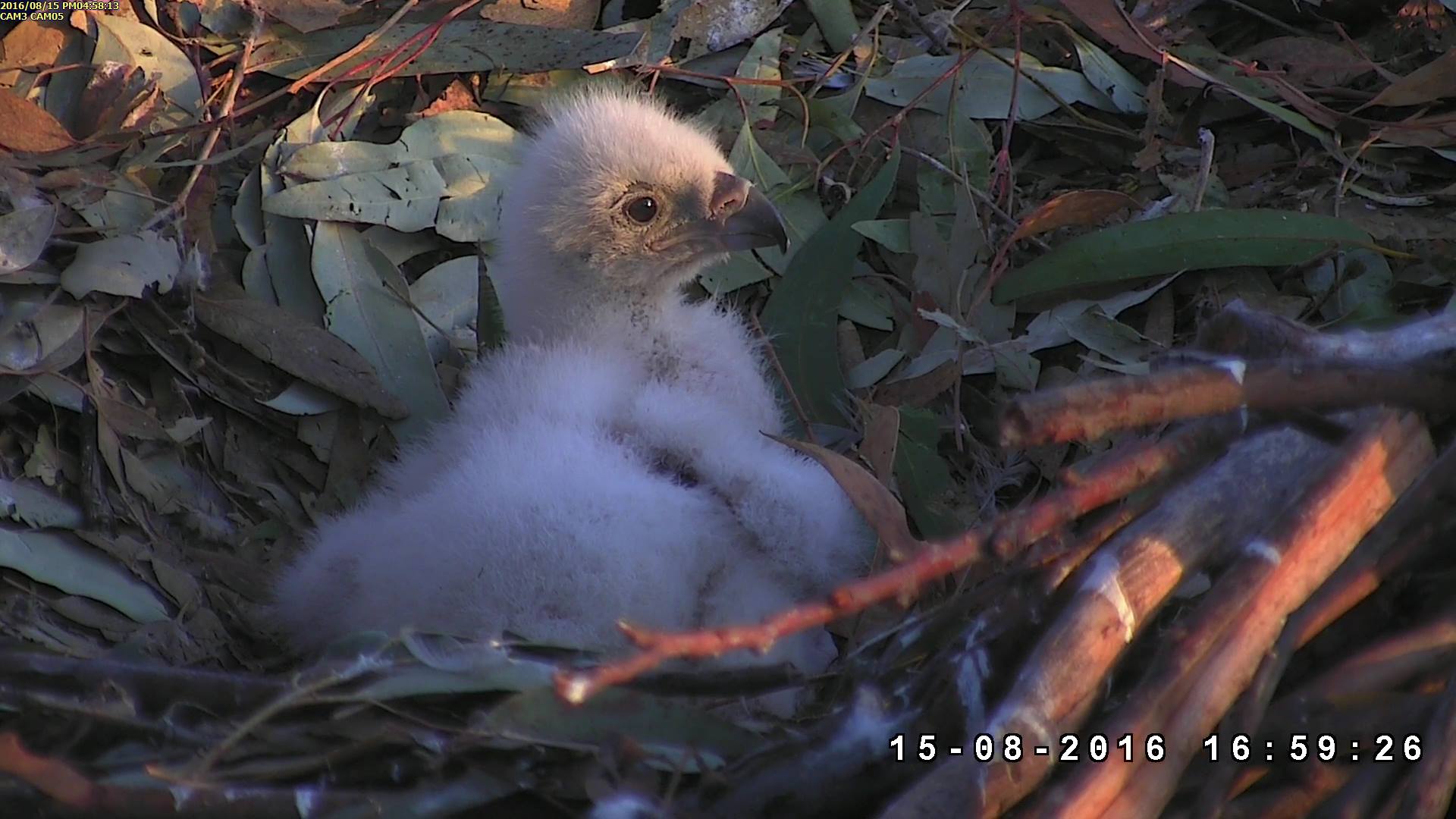 Several people have mentioned that we should have left him/her on the ground, parents would feed, and eventually he'd get back up in to the tree canopy.

While that approach may be feasible in some locations it is not appropriate here. There are foxes in the area. In fact, a fox was seen approx. 100 metres away from SE17 (nest area) this morning.
Fortunately "we" managed to secure the area around SE17 before the fox got there. Yes, they usually hunt at night, but I guess if they are hungry they will also hunt in daytime.
_________________
Het leven is soms veel te kort,geniet ervan en durf te leven!

# NEWS # 2:40pm. We just heard from the zoo. SE17 is very healthy. We are in discussion about next steps. More later.

The National Parks and Wildlife Service (NPWS), Sydney Olympic Park Authority and BirdLife Australia successfully returned the fledgling White-bellied Sea-Eagle to a safe place near its original nest today. We will continue to monitor its progress over coming days. 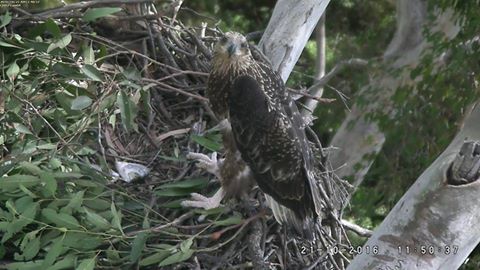 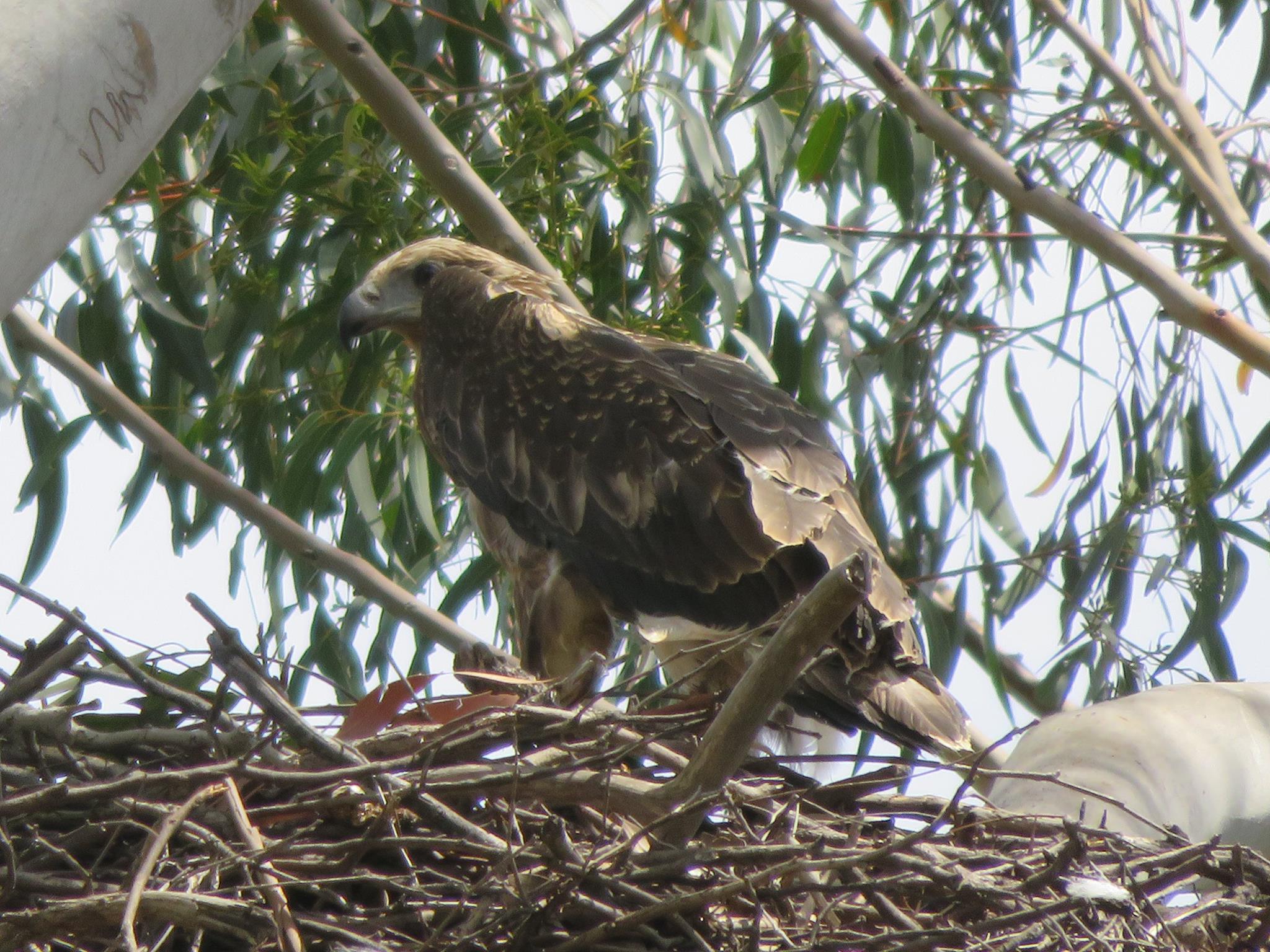 # UPDATE ## 6:10pm, 24th October
No new sightings of SE17 today, just a few comments.
Tomorrow there is a bird survey in and around the park. Fifty volunteers have been asked to look out for SE17 while they do their surveys.
Our team is run by volunteers. Judy our lead researcher has put in a HUGE number of hours looking for SE17, Friday, Saturday, Sunday and today. Stephen and his partner Shirley have also been on the ground searching Friday and Sunday. Thanks also to Cathy Cook for being out and about at sunrise today, looking for any signs of SE17 or the parents flying to particular locations around the perimeter of the reserve. All the rangers and security personnel have been asked to report any sightings. All of our moderators are doing a terrific job looking after the comments here on Facebook, our group page and on chat/social stream.
The current situation is not out of the ordinary. In 2011, S2 vanished "without a trace" for nearly a month before being sighted at the waterbird refuge. Following that, we didn't see him for 5 months. In 2012, S4 took his first flight from the nest and apart from that day, wasn't seen for nearly a month. Even then "we" didn't see him or his sister every day. They were around (the river) off and on for a couple of months, prior to moving on.
If SE17 is found injured or unable to fly, we would take him for treatment. Yesterday, despite not leaving the ground for several hours, when Judy and co. approached from a different direction, he flew off.
Lastly, if you are local, or plan visiting the area. please do not feed either SE17 or his parents.
If there is an update, we will tell everyone.
_________________
Het leven is soms veel te kort,geniet ervan en durf te leven!