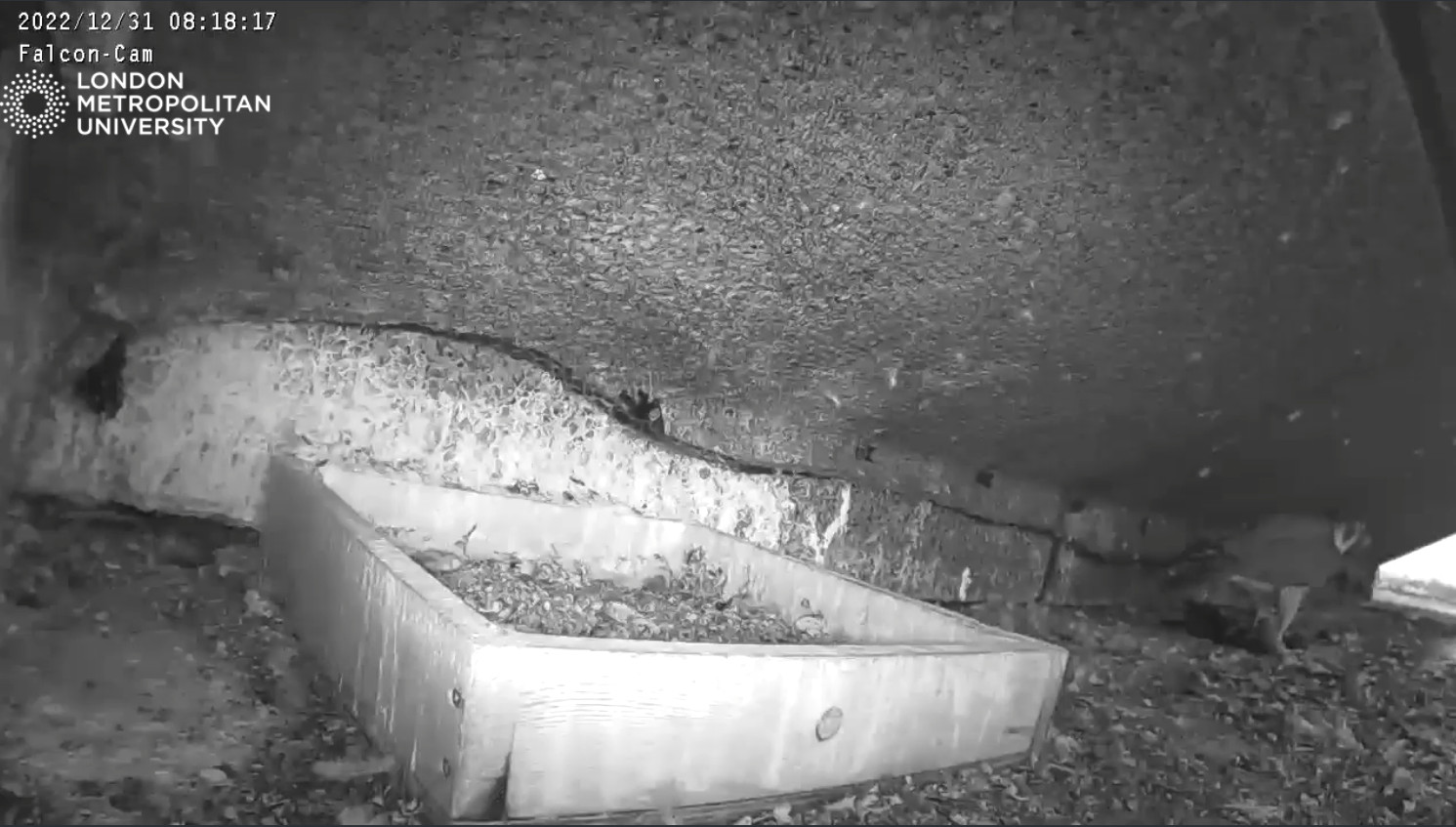 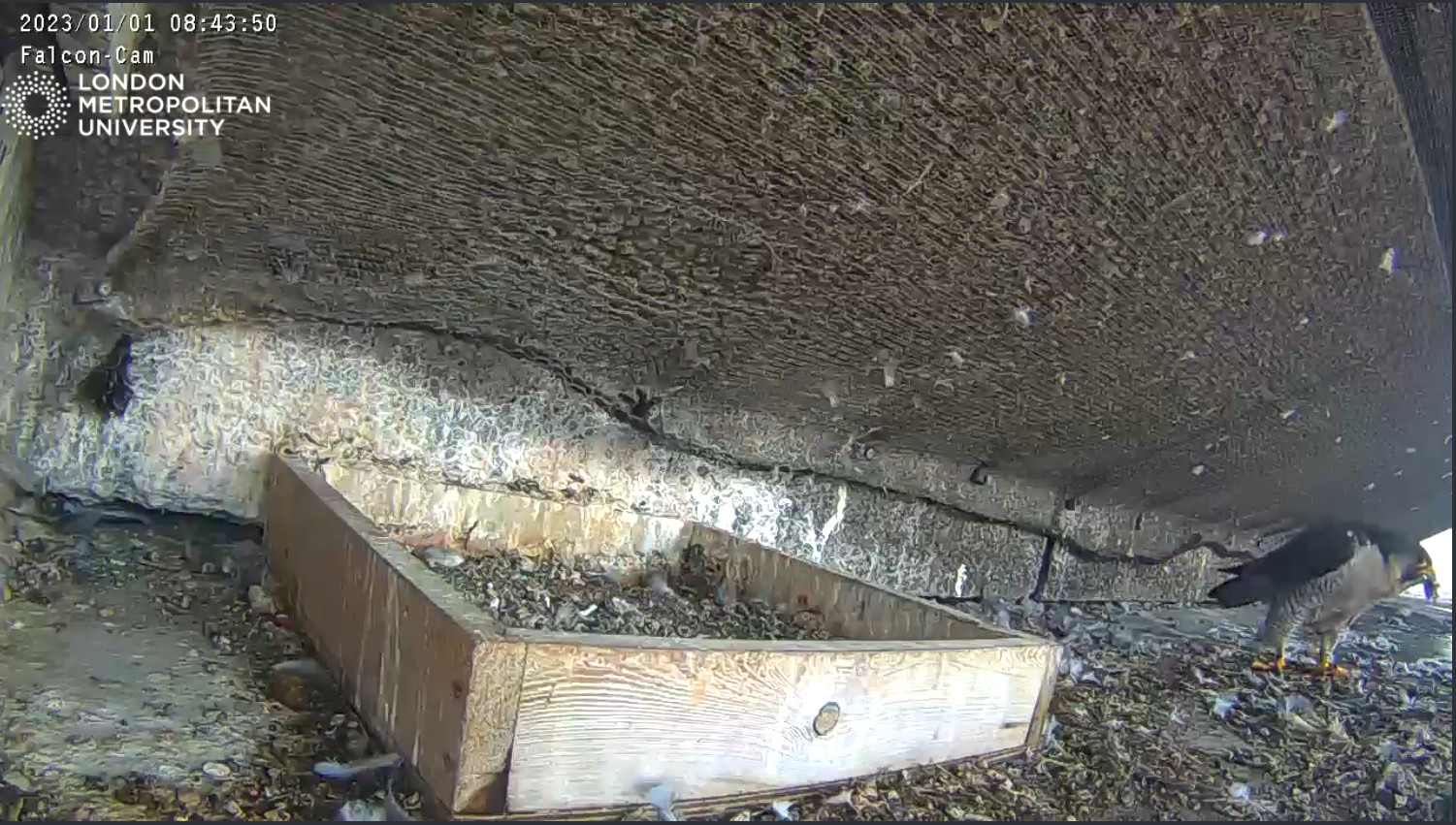 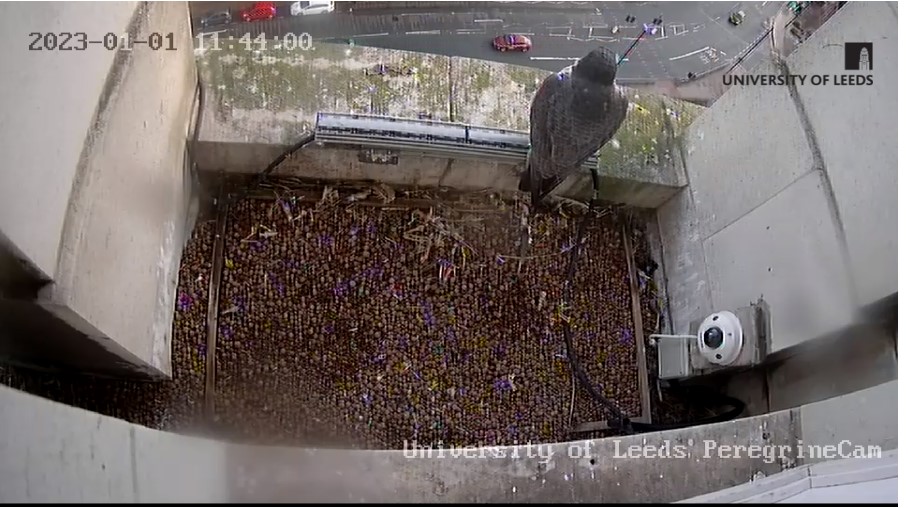 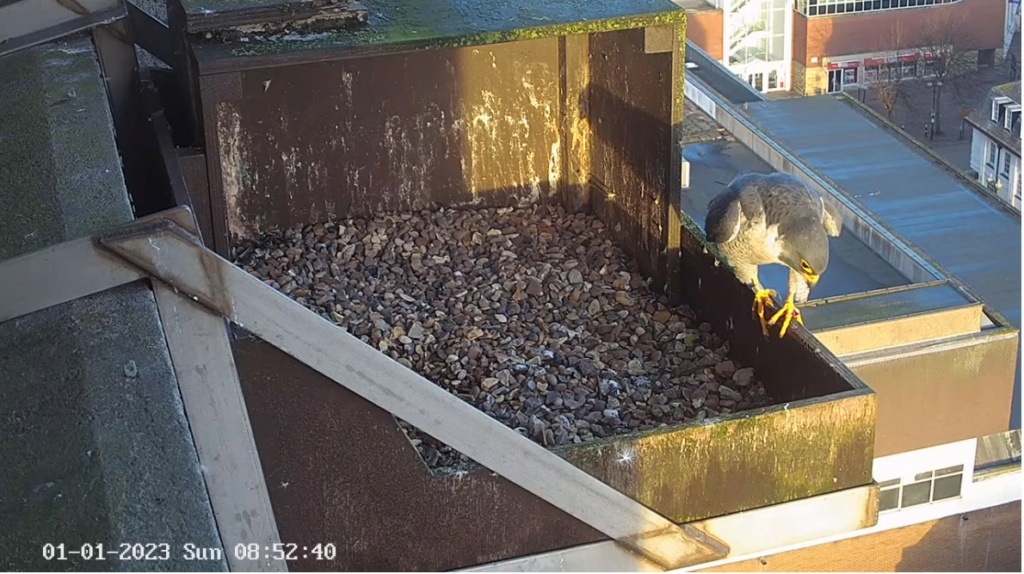 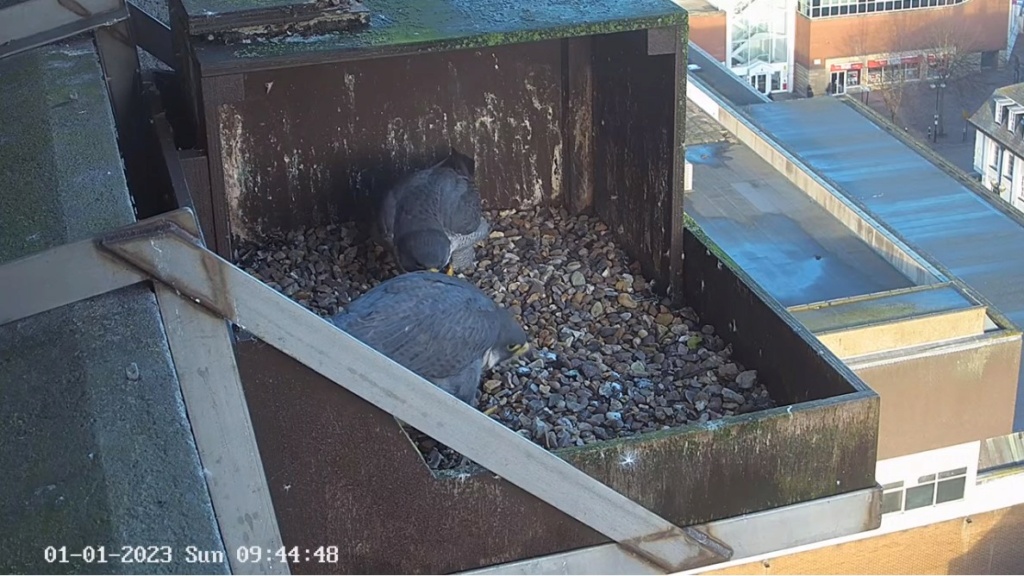 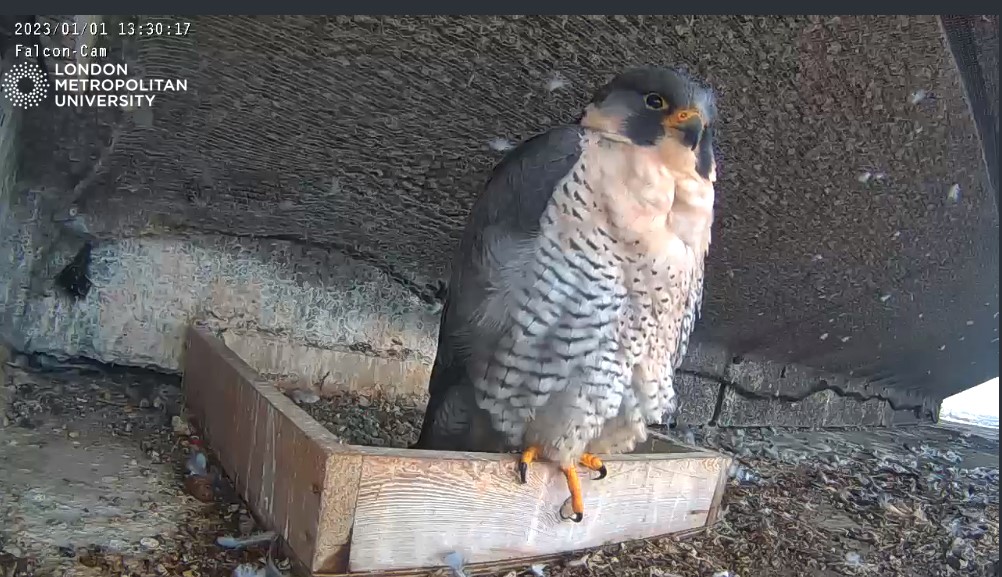 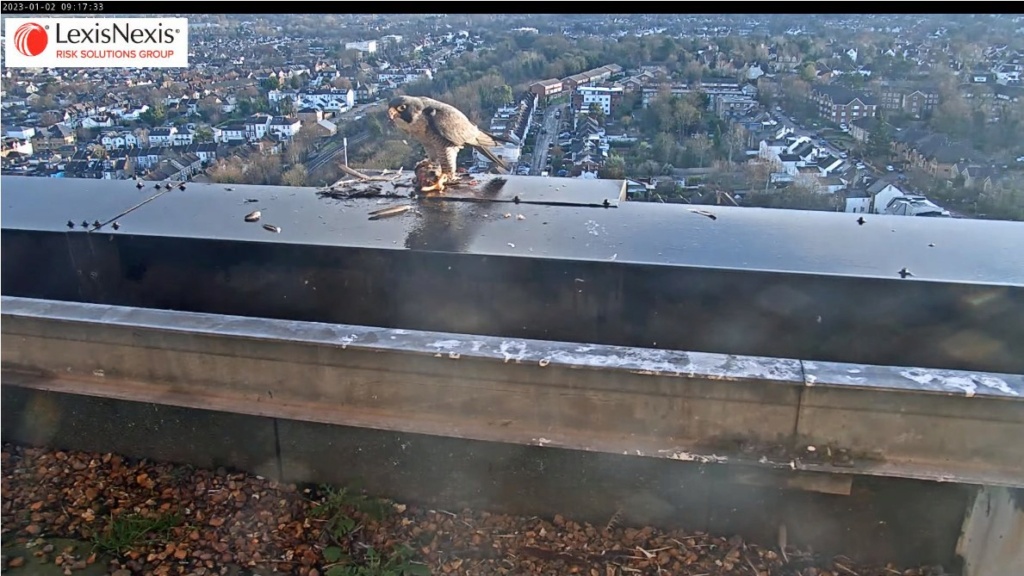 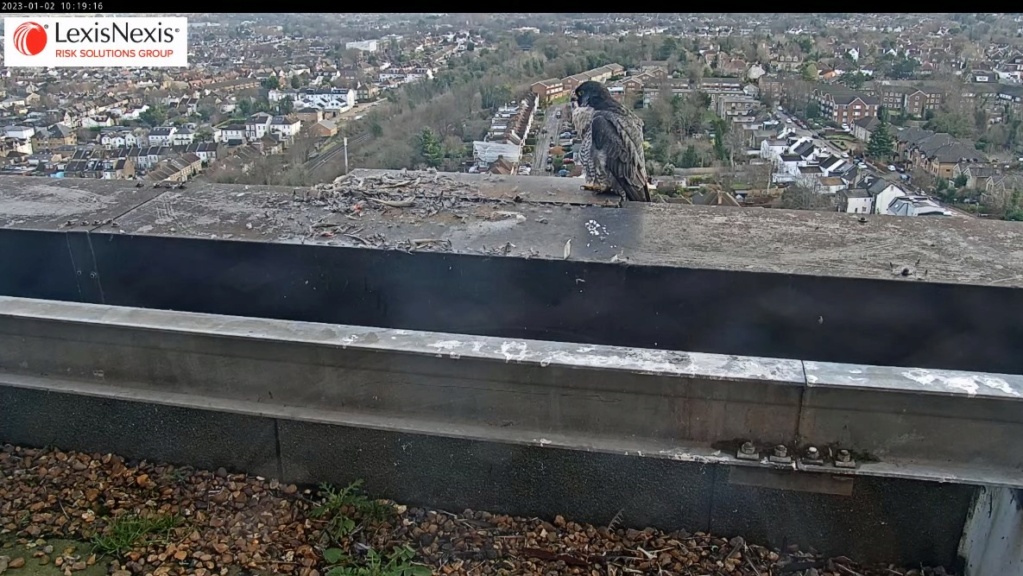 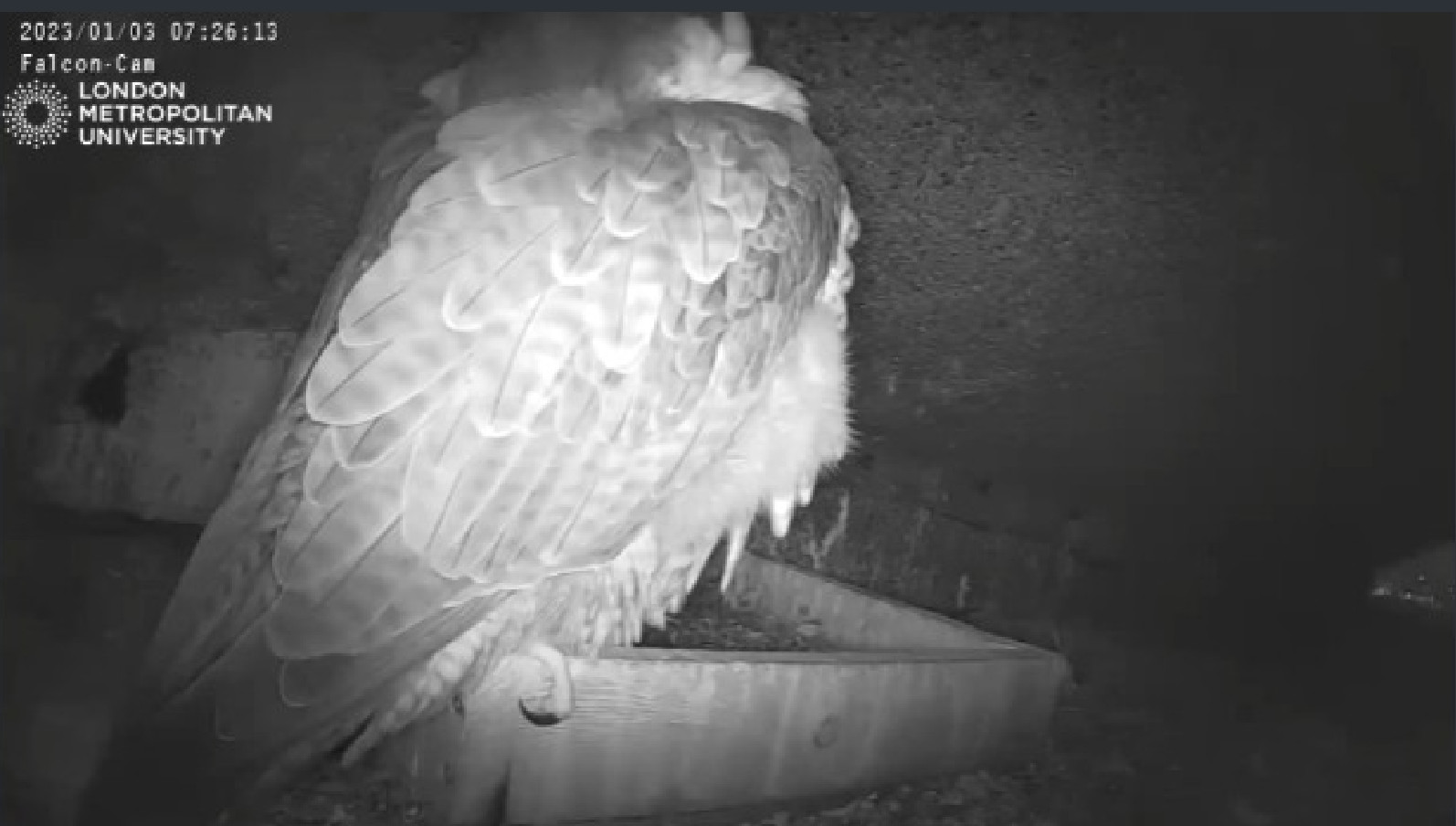 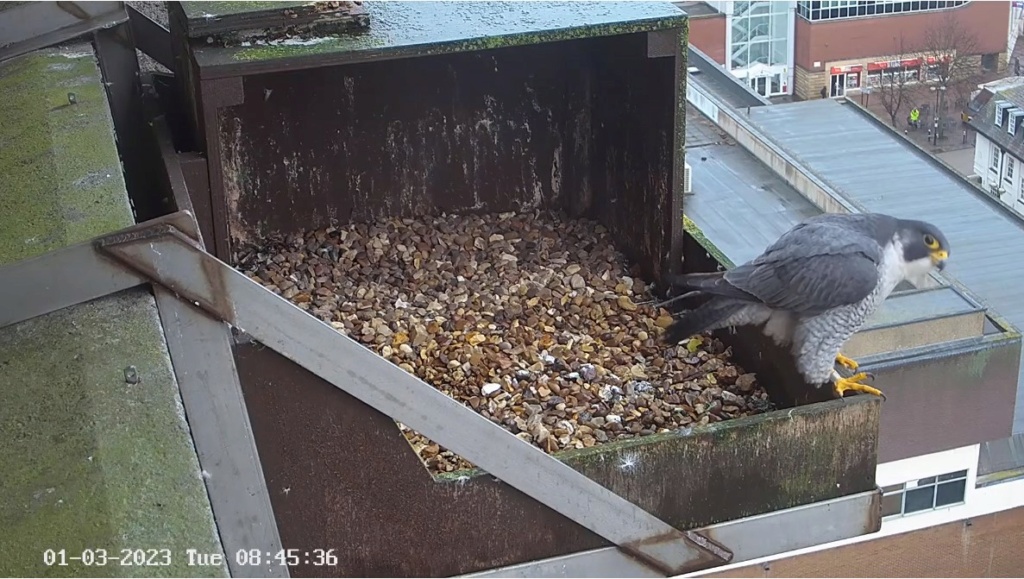 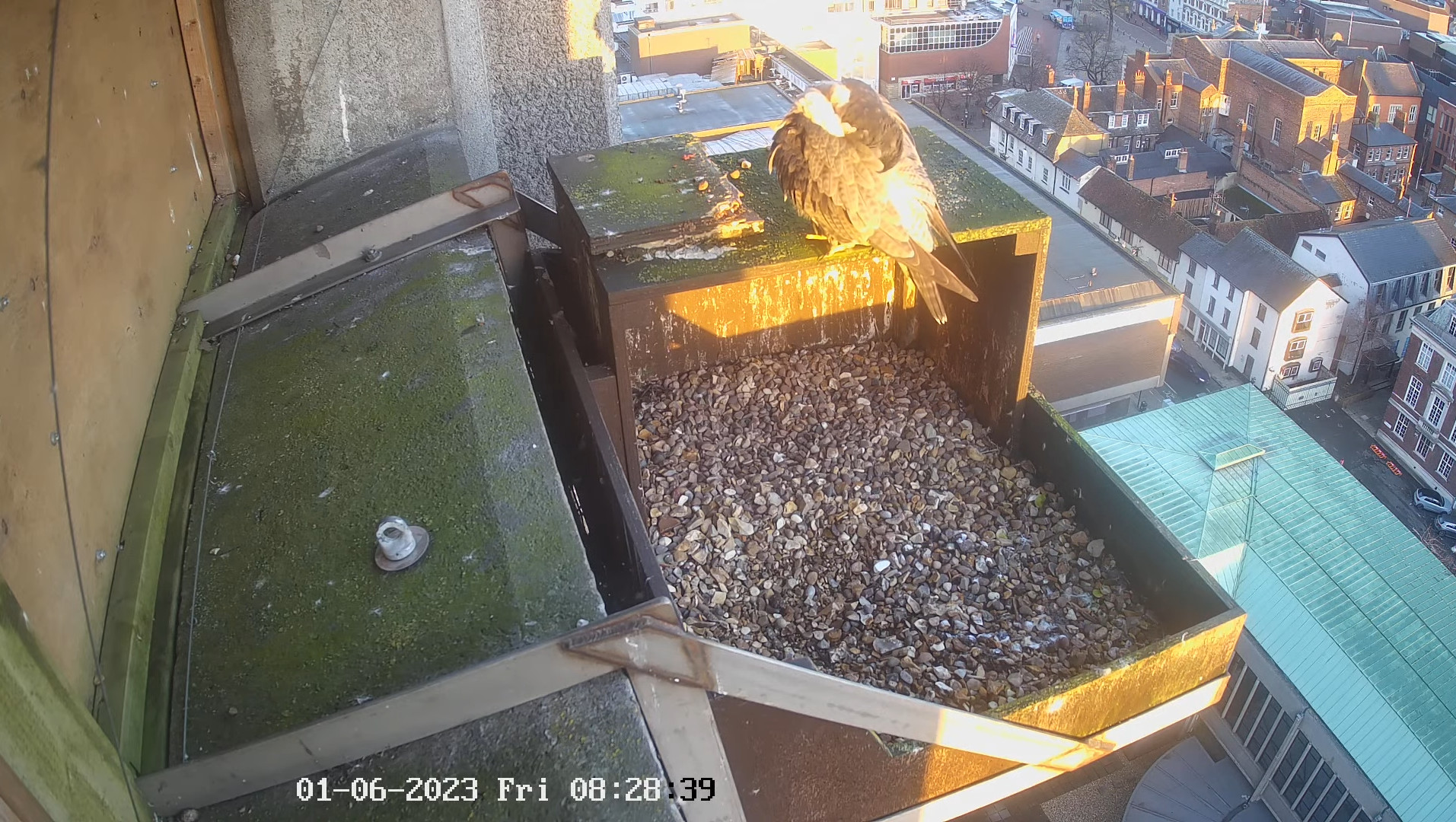 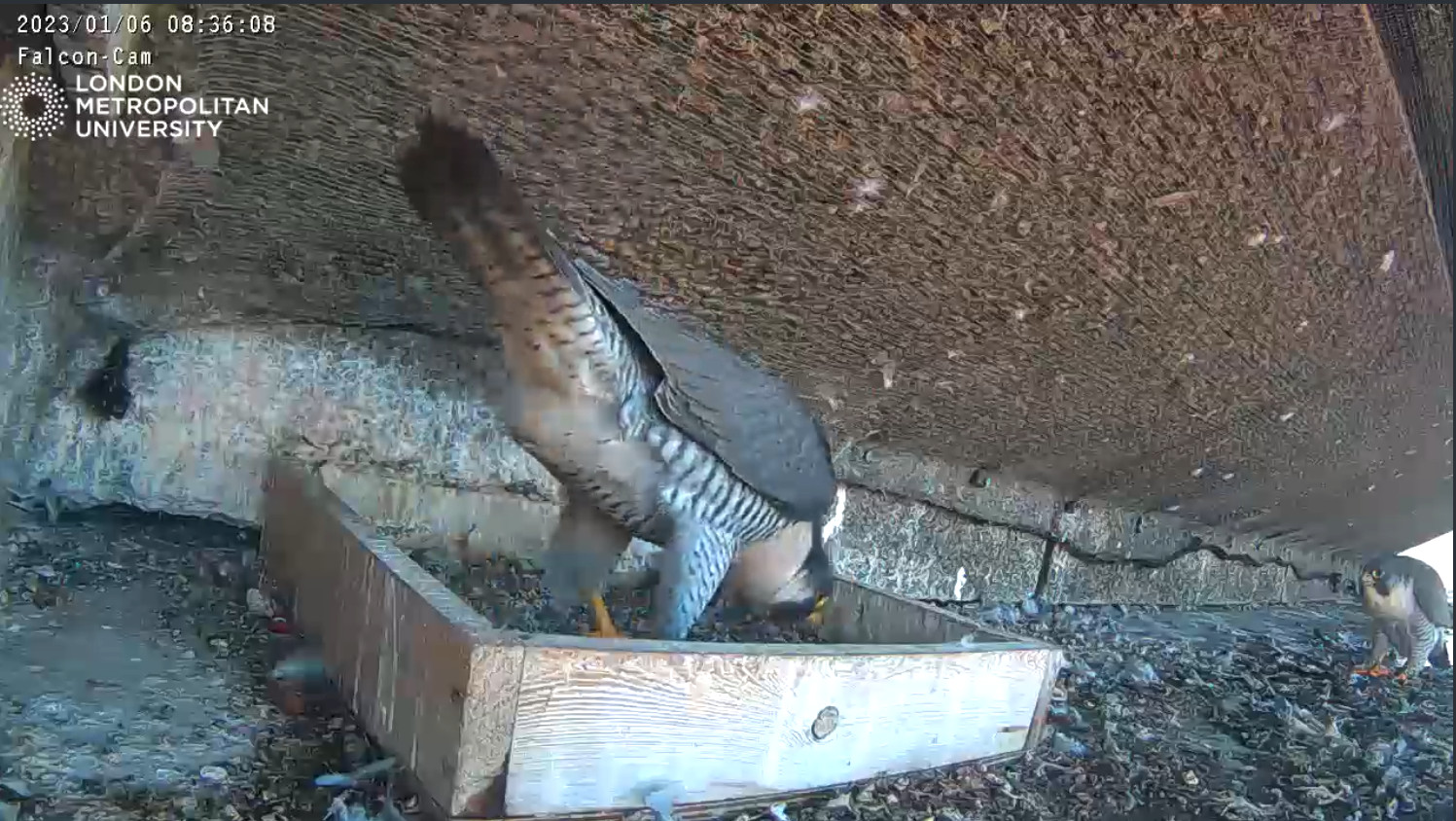 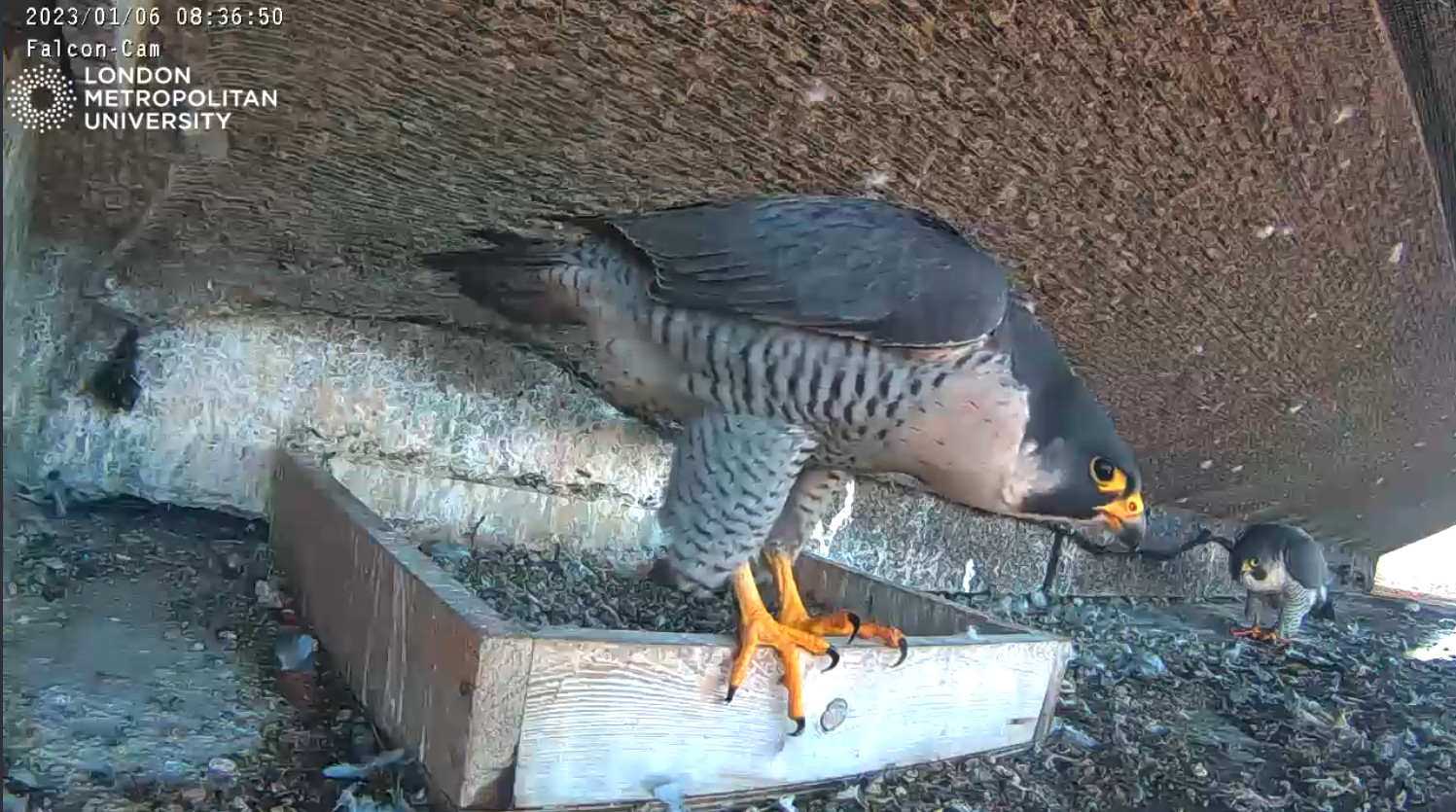 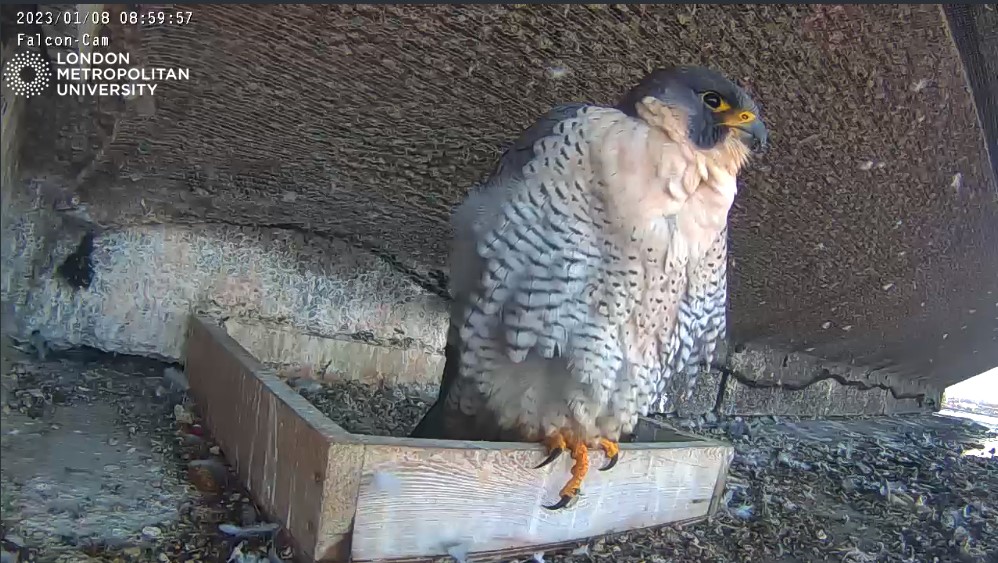 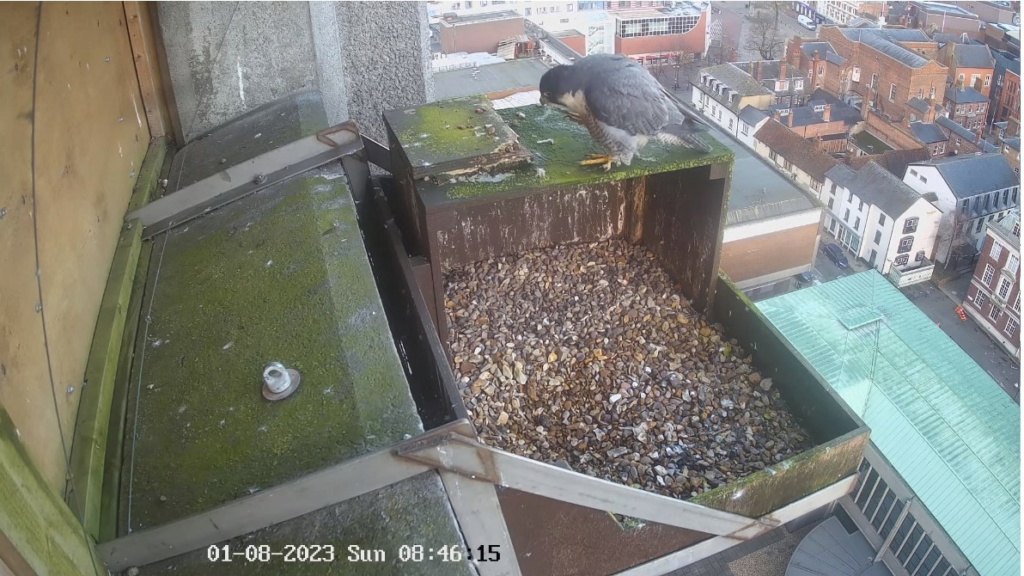 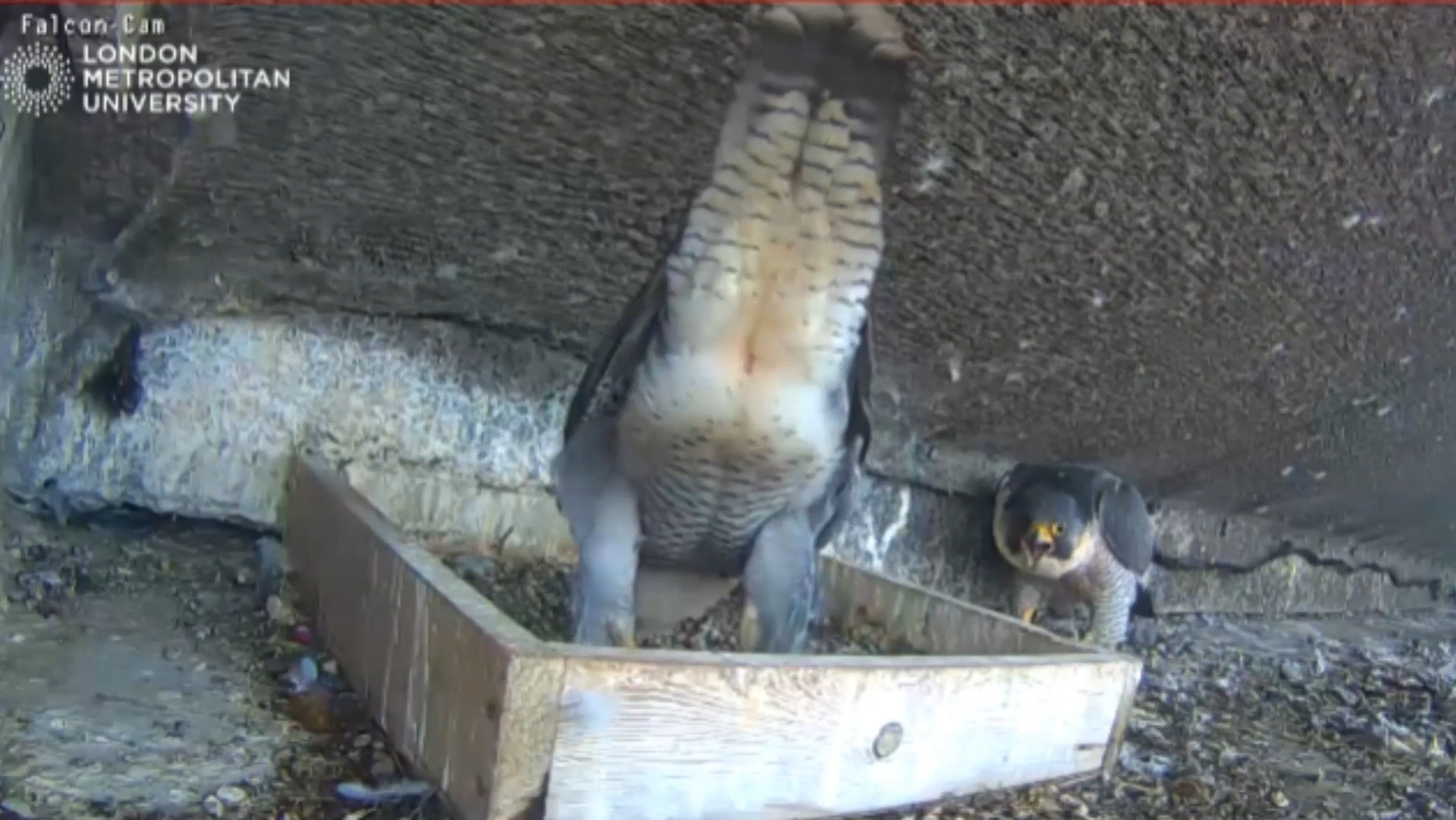 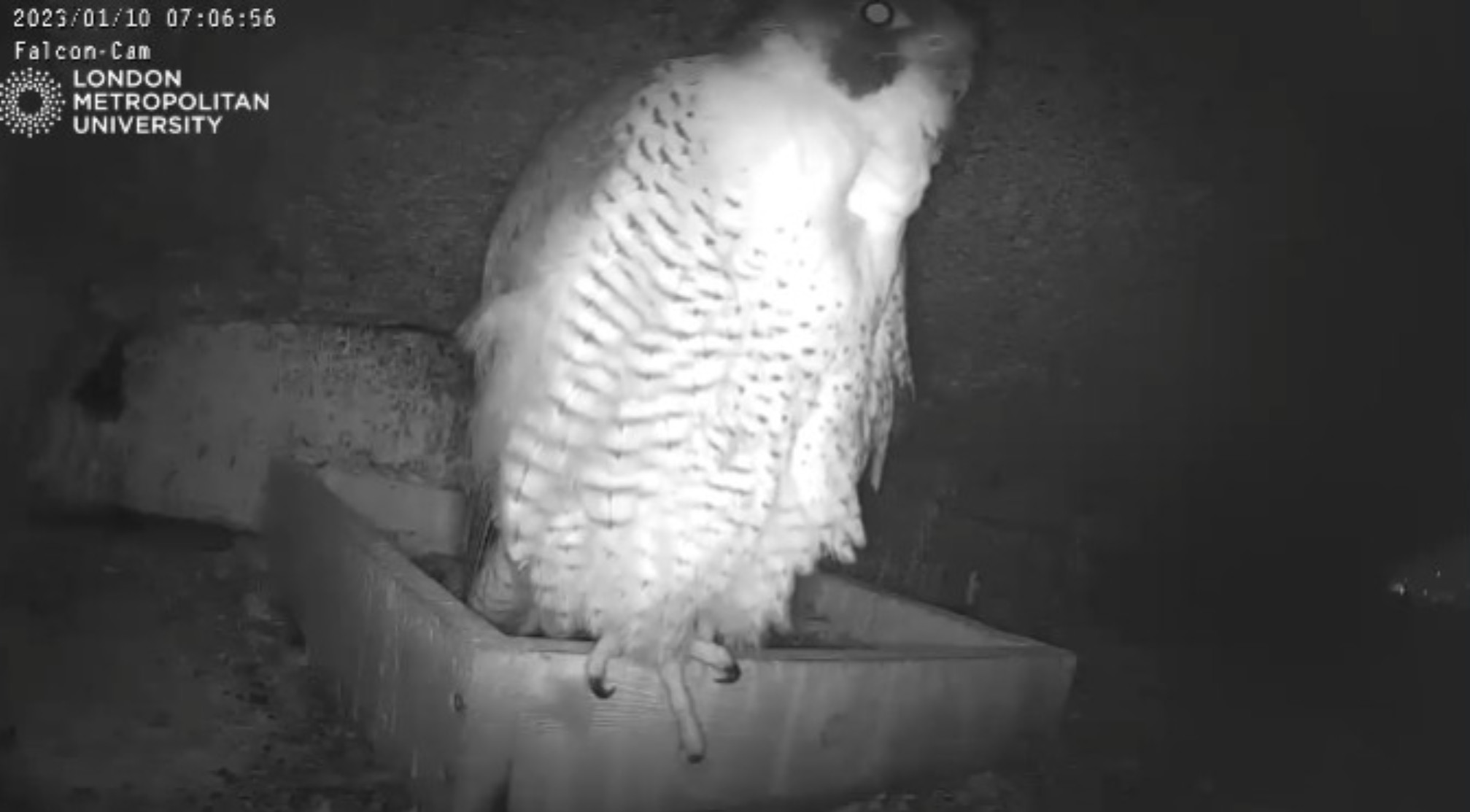 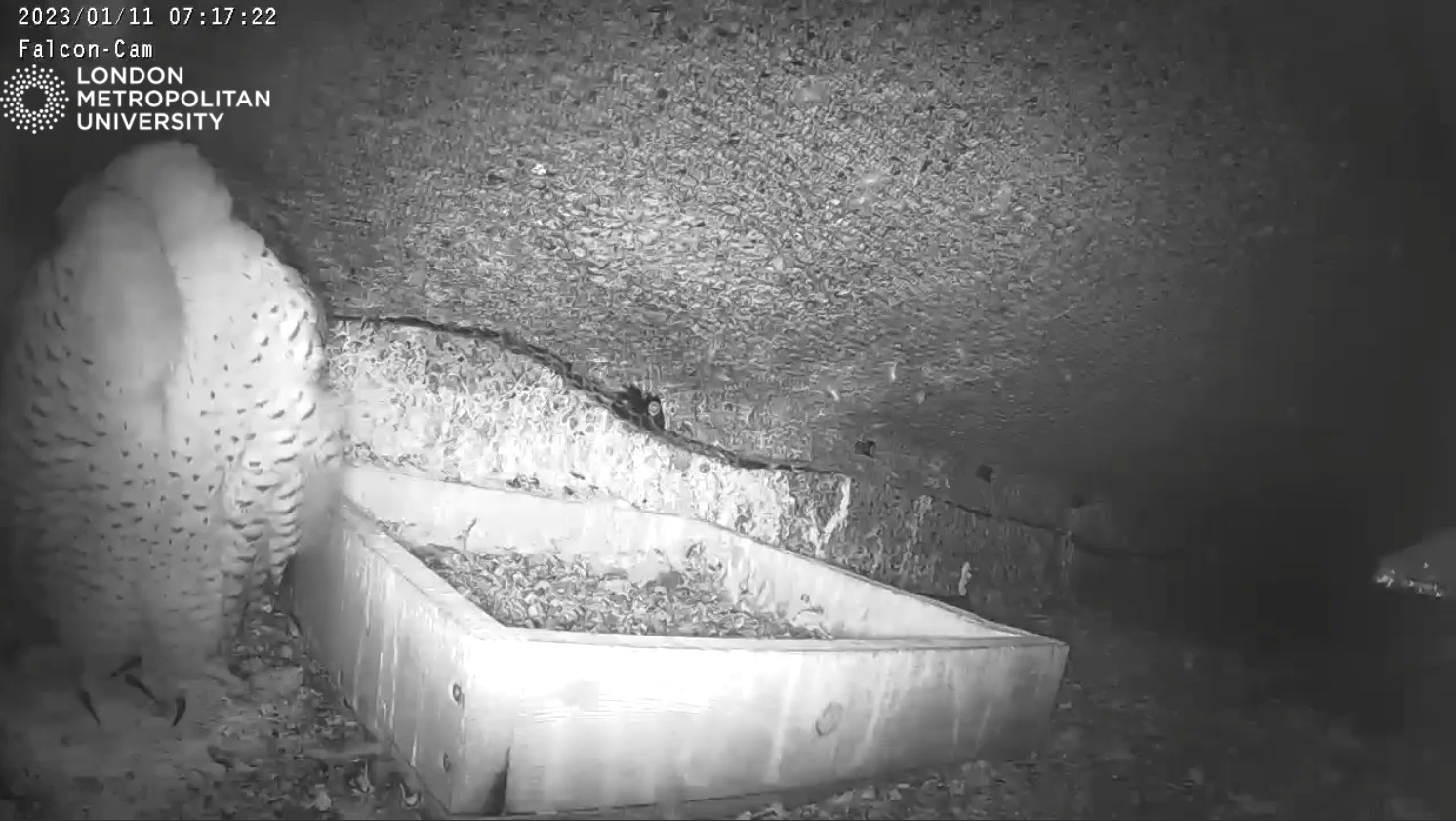 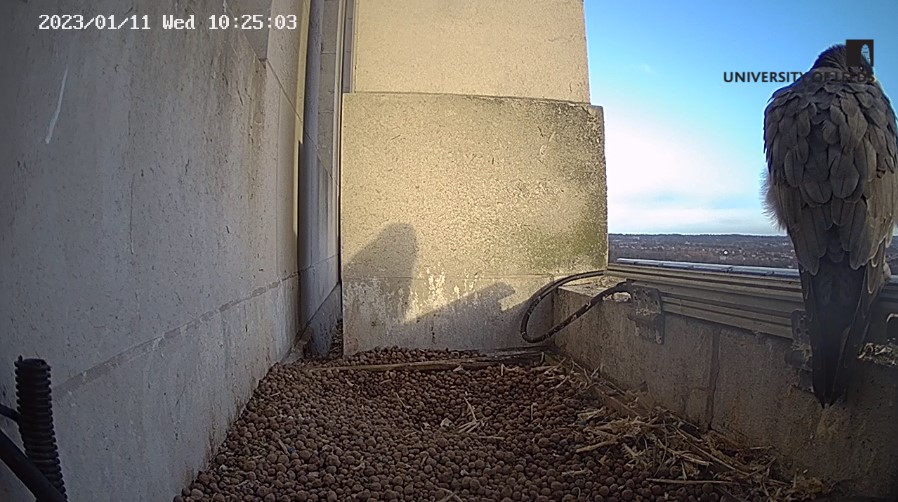 Facebook.
An interesting and unusual day. The first images here are of an unringed female (falcon) at 07.28, the orange Darvic ringed female (falcon) at 07.34 and feeding at 11.18, and the unringed female again at 11.35. We still believe the orange ringed bird to be a female at this stage, not a  large male.
At around 12.00 things got interesting. A bird which proved to be a male (tiercel) flew in and appeared to slip off the ledge and ended up on the main roof under a rail. The unringed female then went and attacked it but fortunately not too aggressively, then the orange ringed female turned up on the ledge. She then seemed to be displaying to the male which was at this point was still on the 'ground' under the other female who was on the rail!
The male was unringed and we are pretty sure it's Perry. He stayed on the 'ground', perhaps looking a bit unsure and bewildered, until it started to rain at about 13.40 and by which time the others had gone, before flying off unhindered and seemingly none the worse for wear a few minutes later. There was no further sighting of any birds on the ledge today.
What seems to be happening is that there are 2 females on site, neither having yet become dominant, and tolerating each other for now. Unusual behaviour certainly, but this has apparently happened at other sites in the past. Personally I think that the the orange ringed bird is more settled for now, but anything could happen!
Darran from LexisNexis IT was in the office today and able to move the camera around to get the views we did. Unfortunately we still didn't have an opportunity to read the ring. Darran's uploaded a short clip of the 3 bird 'incident' to Sutton Peregrines YouTube which he administers. It's fascinating and well worth watching, and behaviour I've not seen before.   John (JB).
https://www.youtube.com/watch?v=2XomsJJIiss
_________________
Het leven is soms veel te kort,geniet ervan en durf te leven! 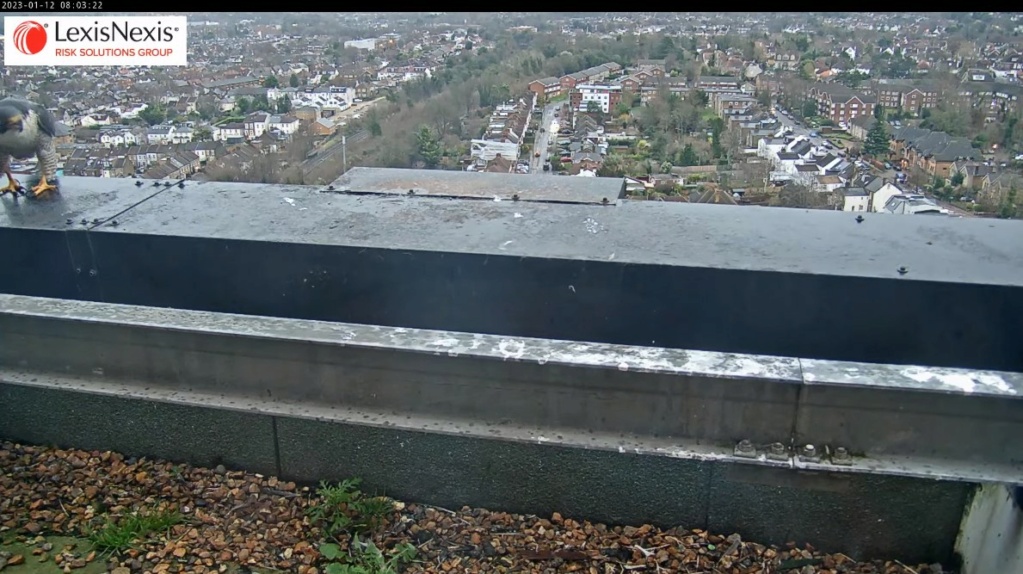 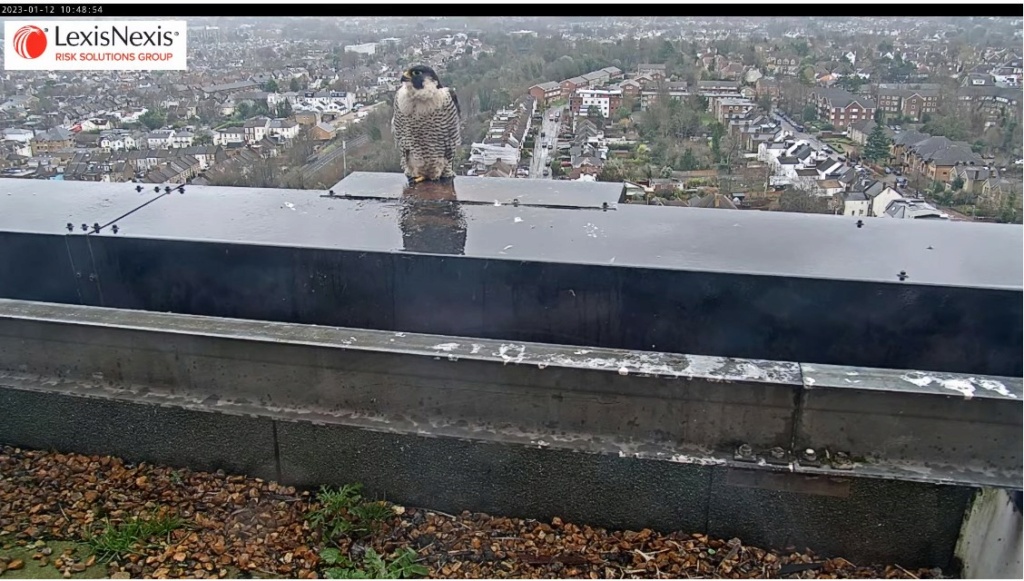 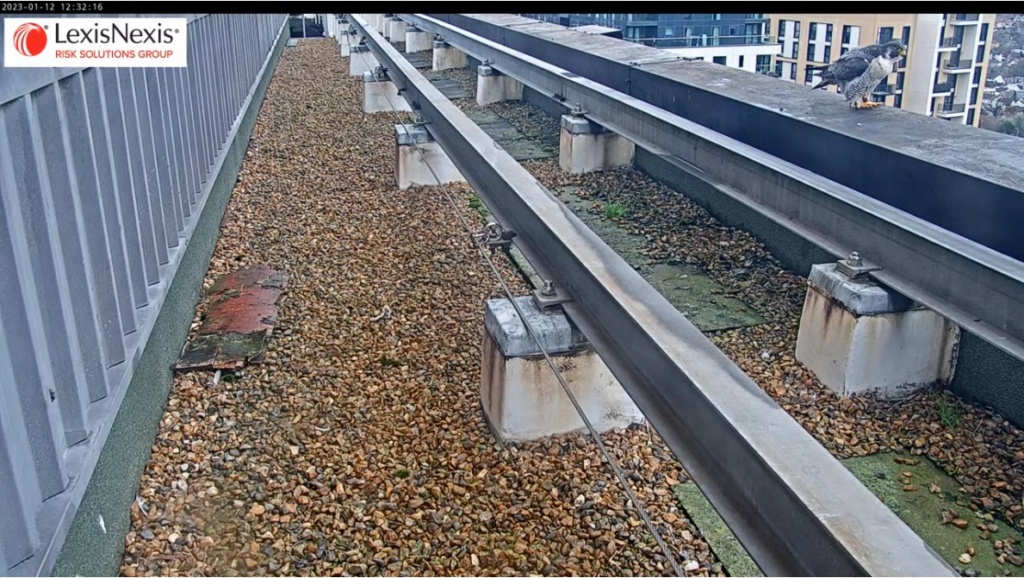 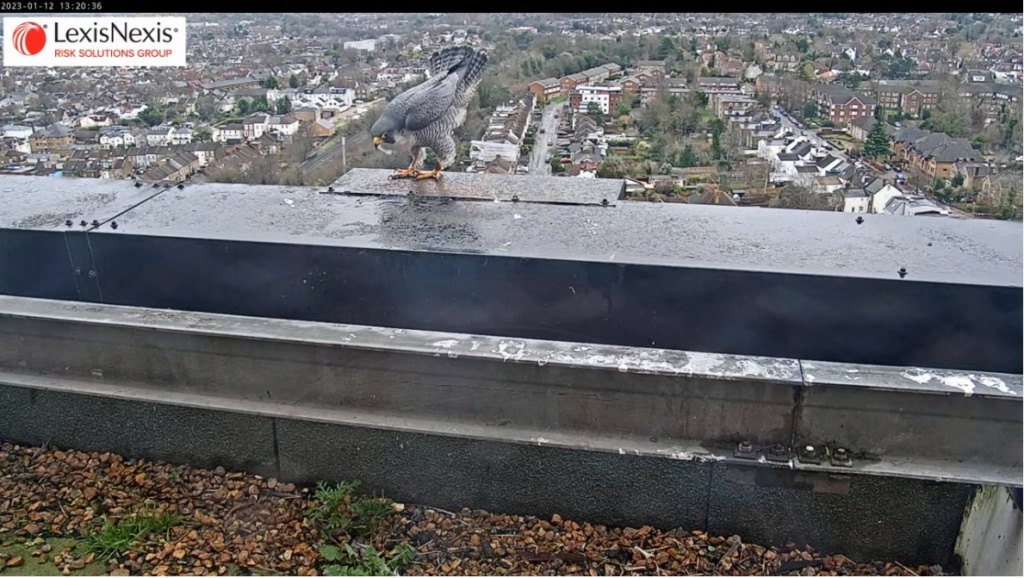 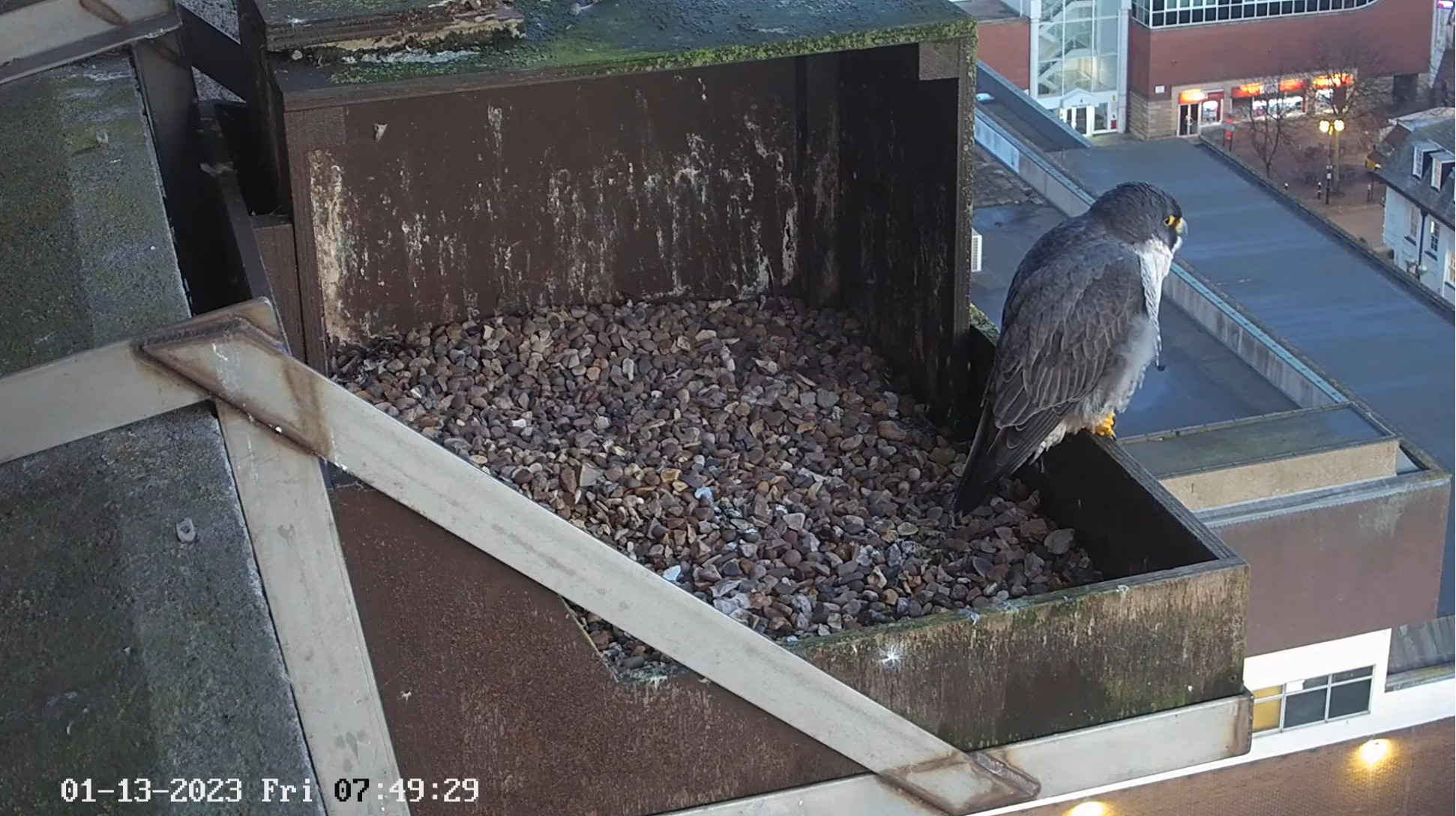 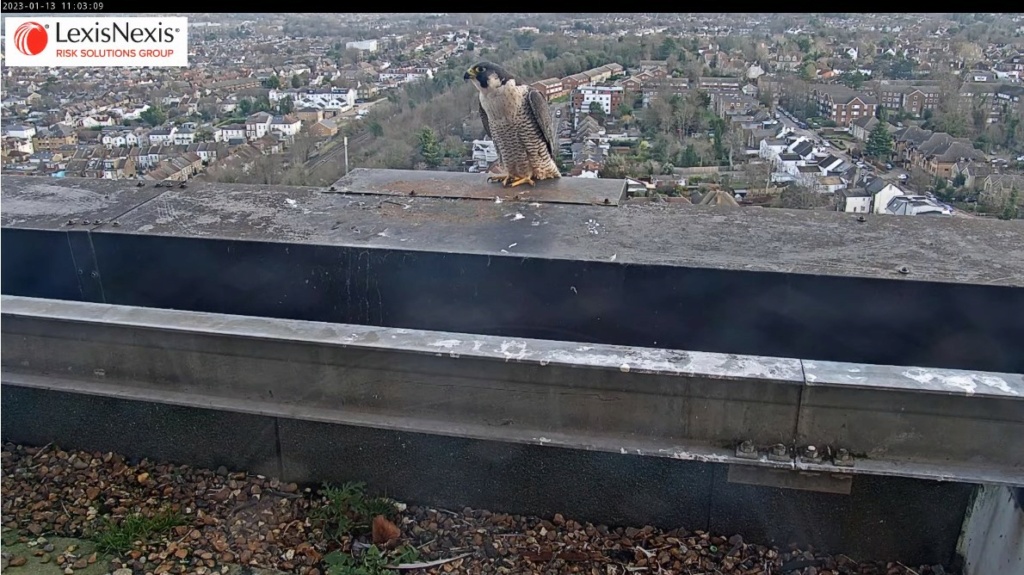