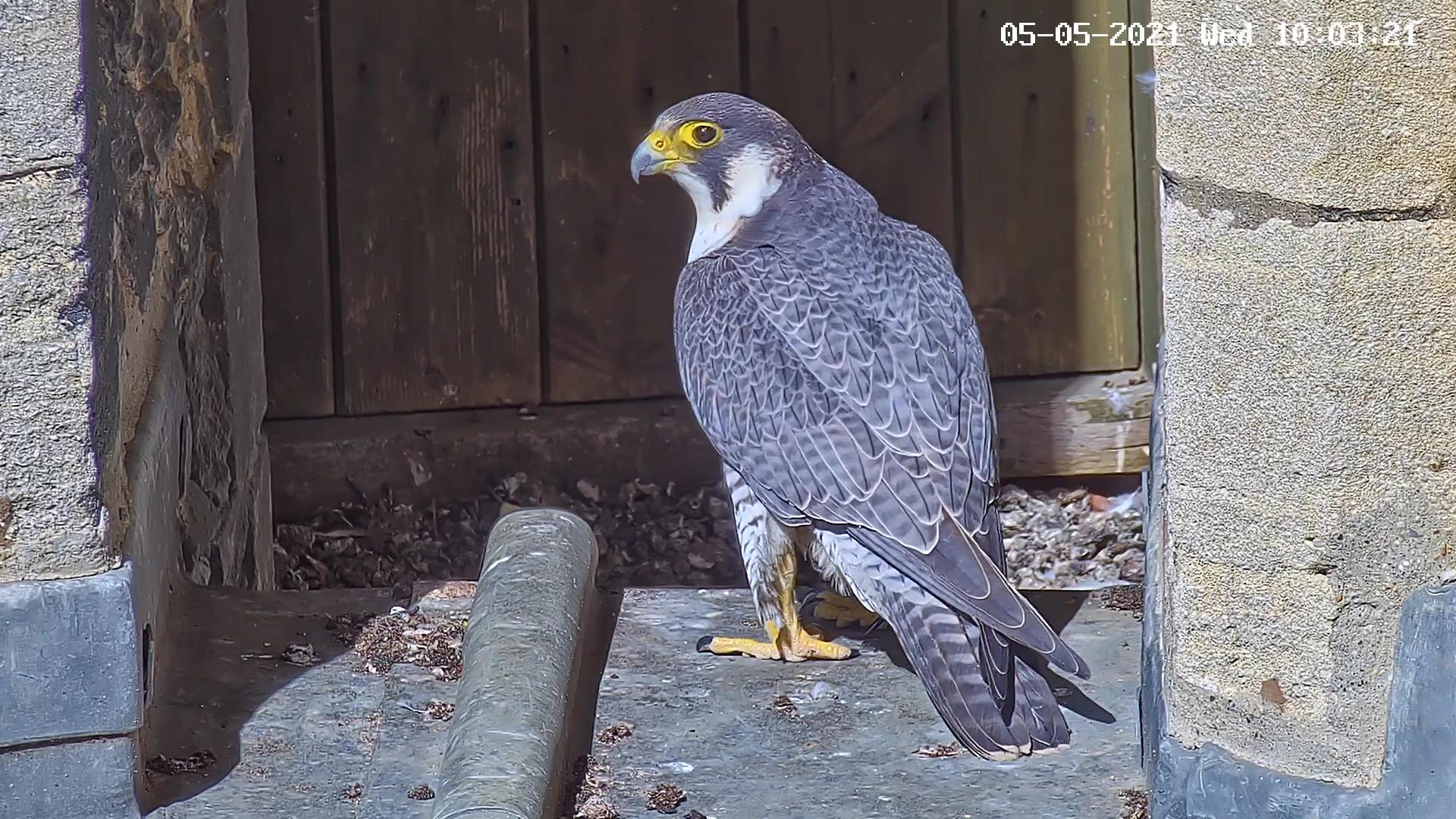 Recap:
-Last year’s falcon (female) has not been seen on our cameras for around ten days at Ely Cathedral. She disappeared from our camera view on the 23/3/22.
-On the 24/3/22 a new falcon with an orange leg ring (called WC ) appeared at the site and she was on our screens for that day.
-This morning 31/3/22 a third falcon has been seen on camera. From looking at the footage, we believe her to be a younger bird.
-We have reports this morning that there is currently the tiercel (the male) and two falcons flying around at the cathedral. They are fighting for territory and the tiercel.