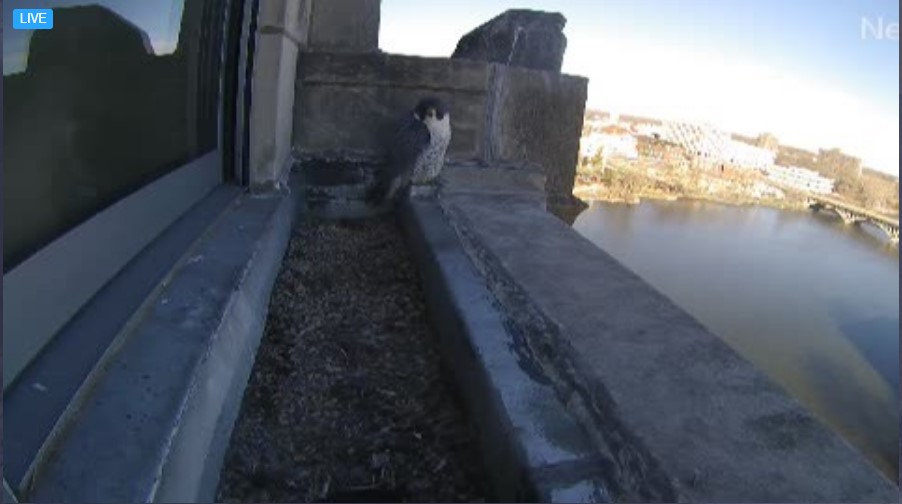 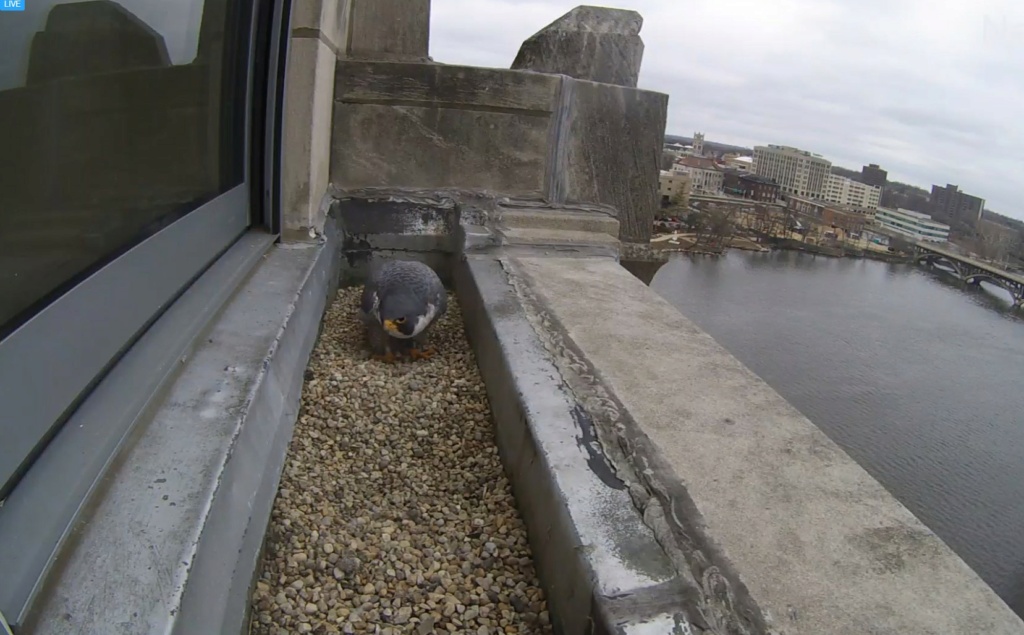 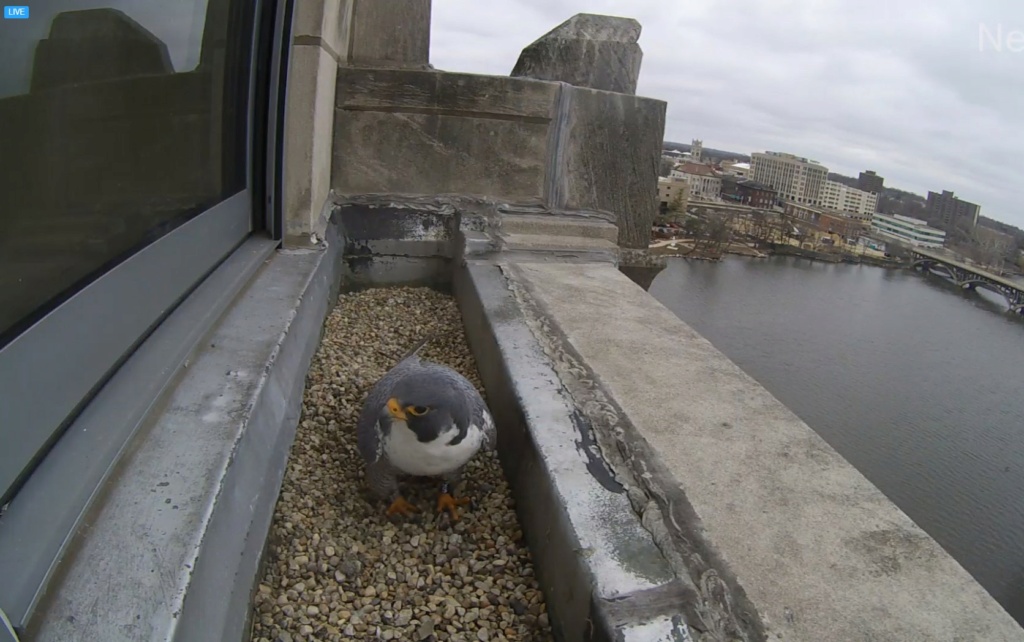 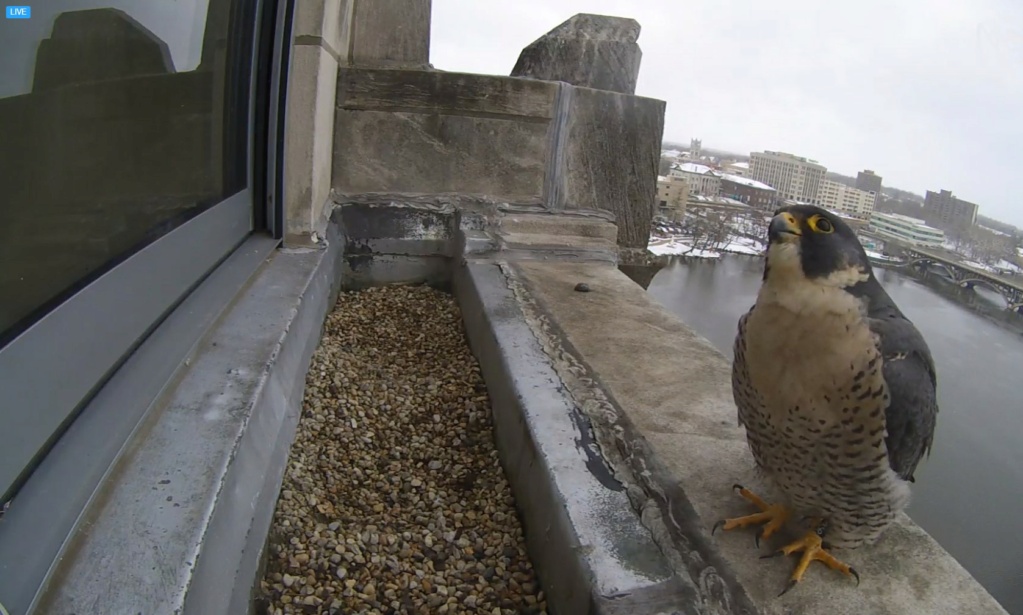 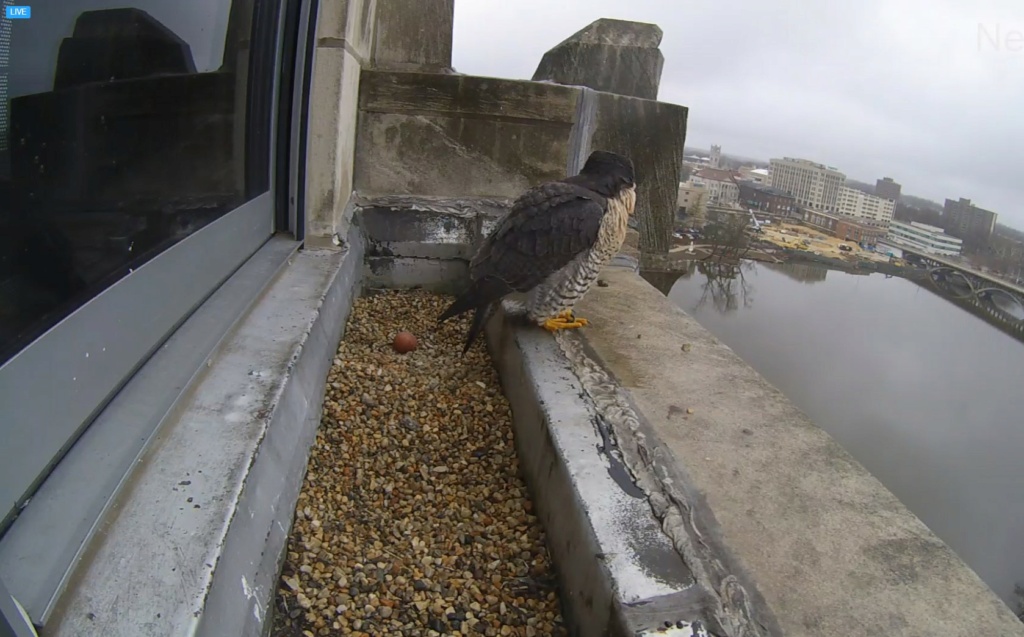 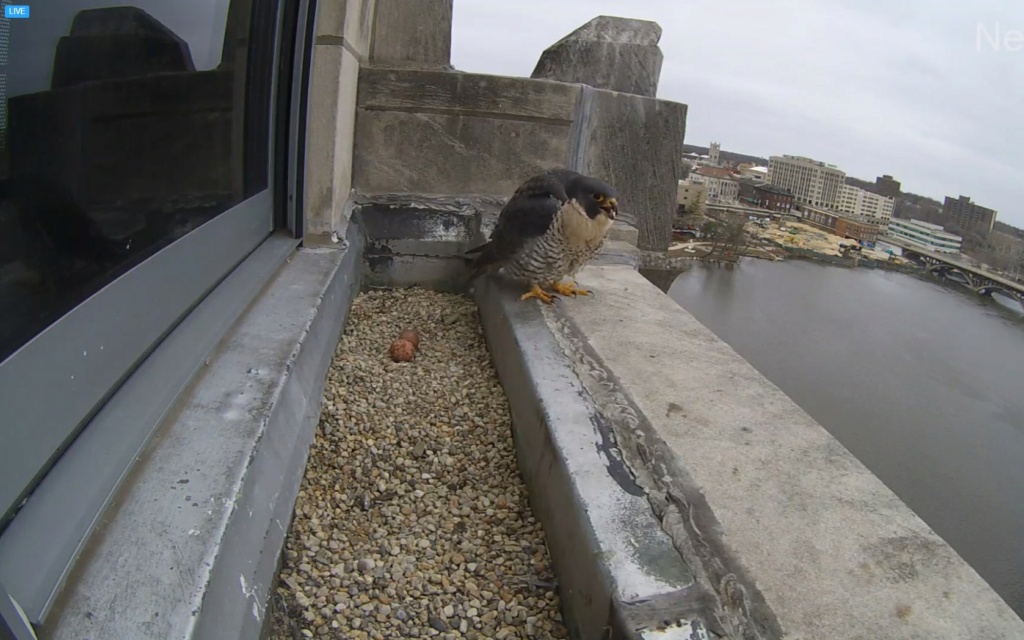 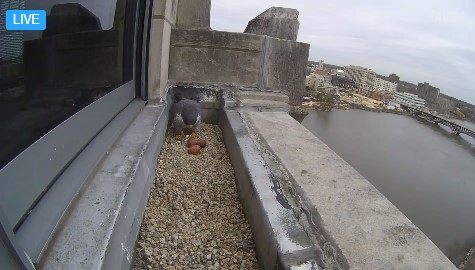 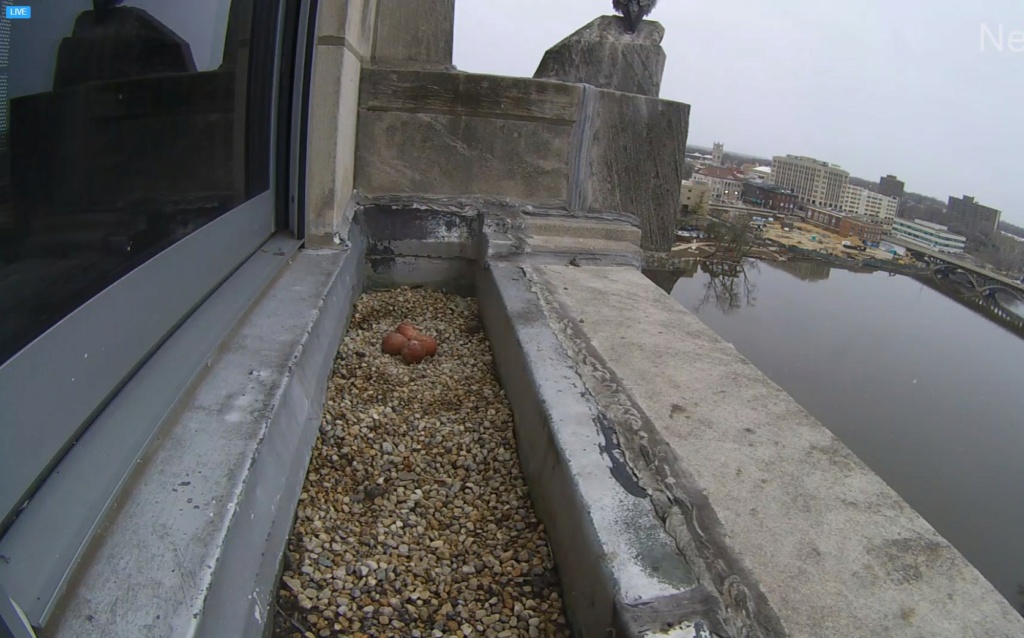 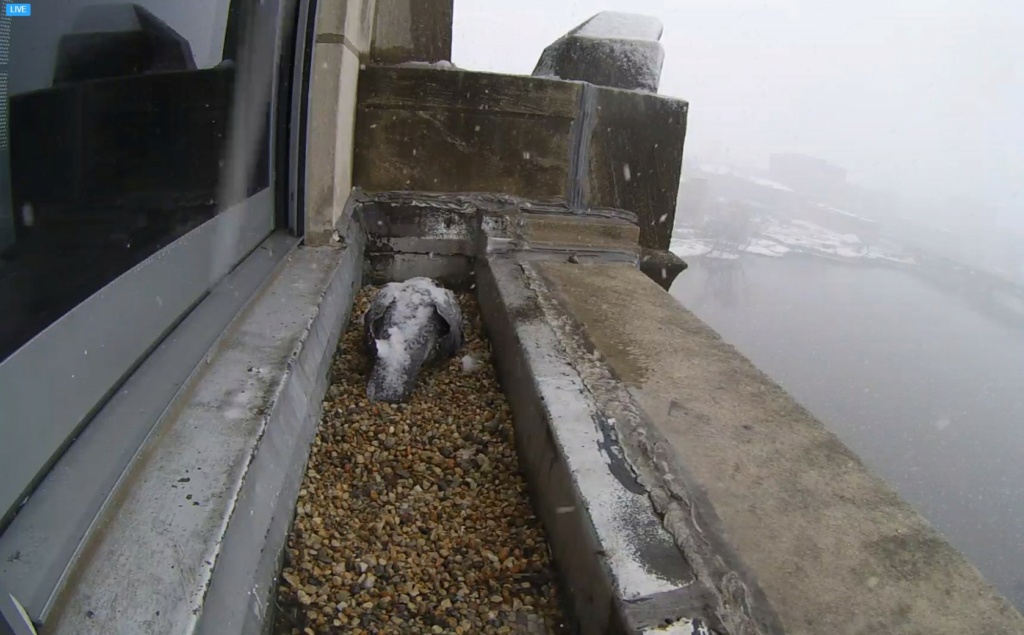 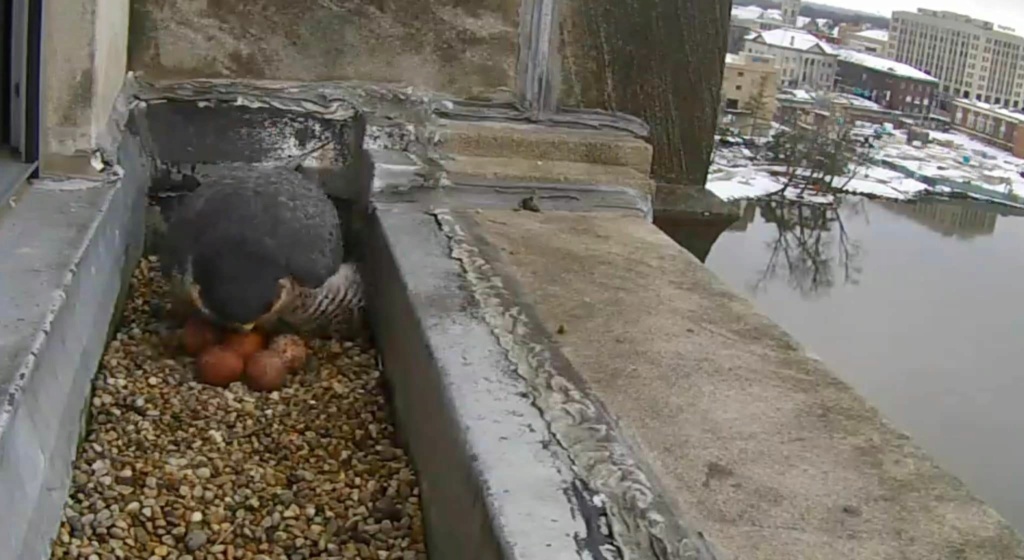 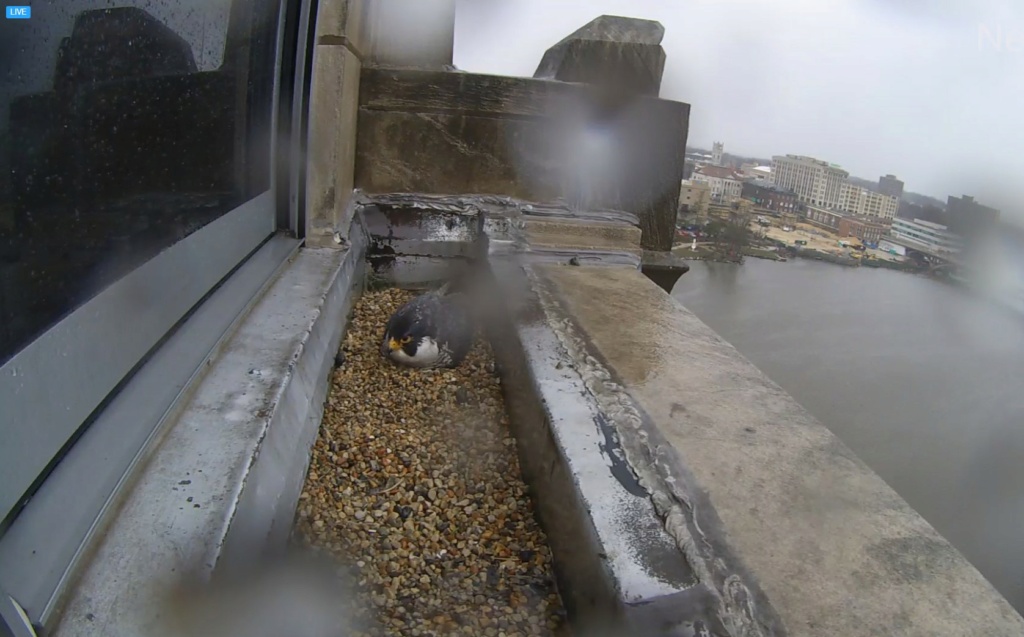 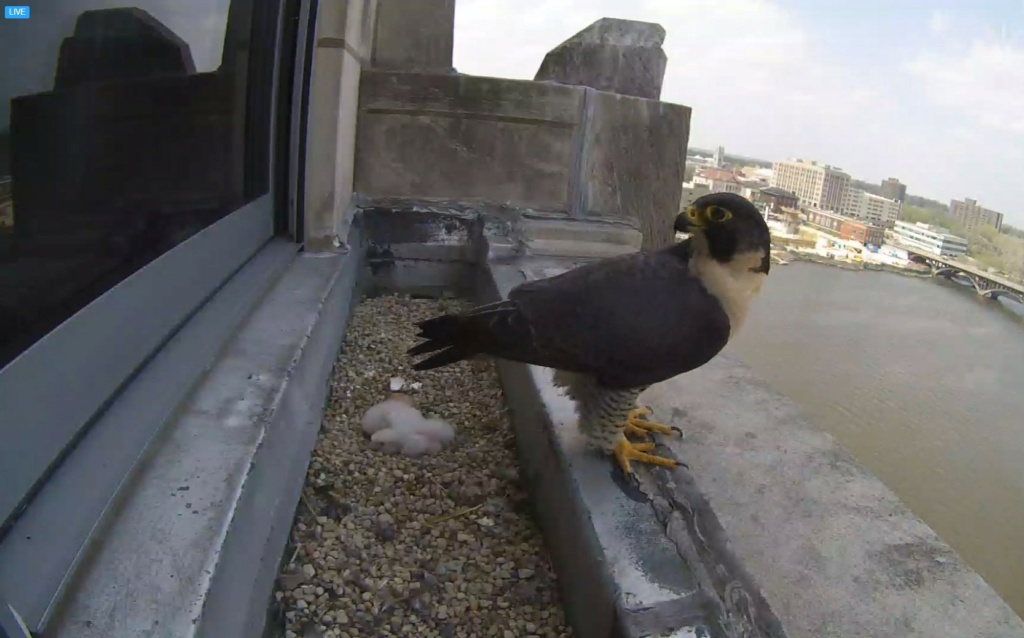 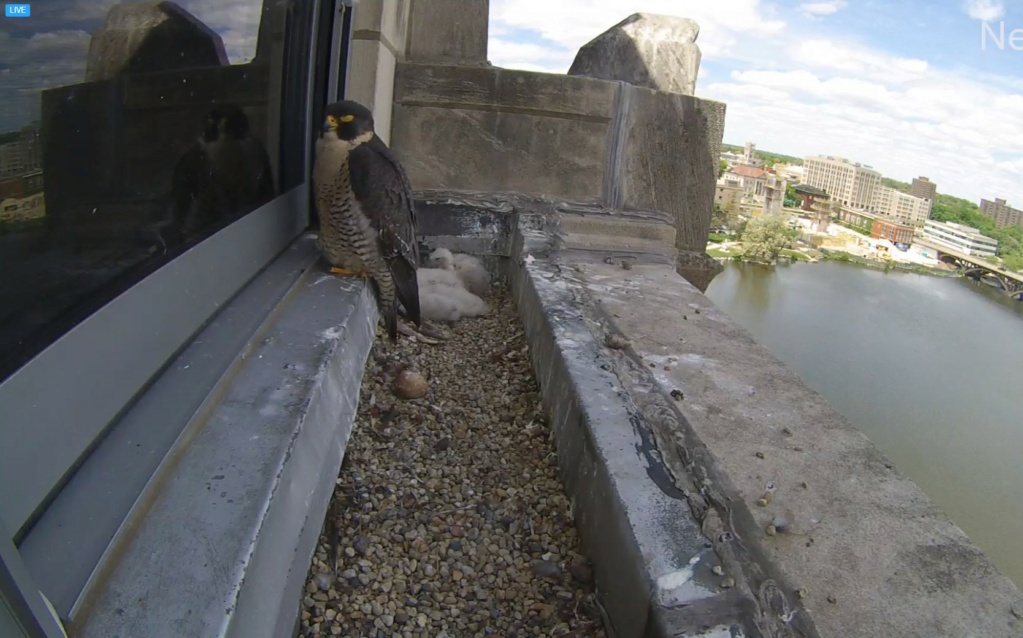 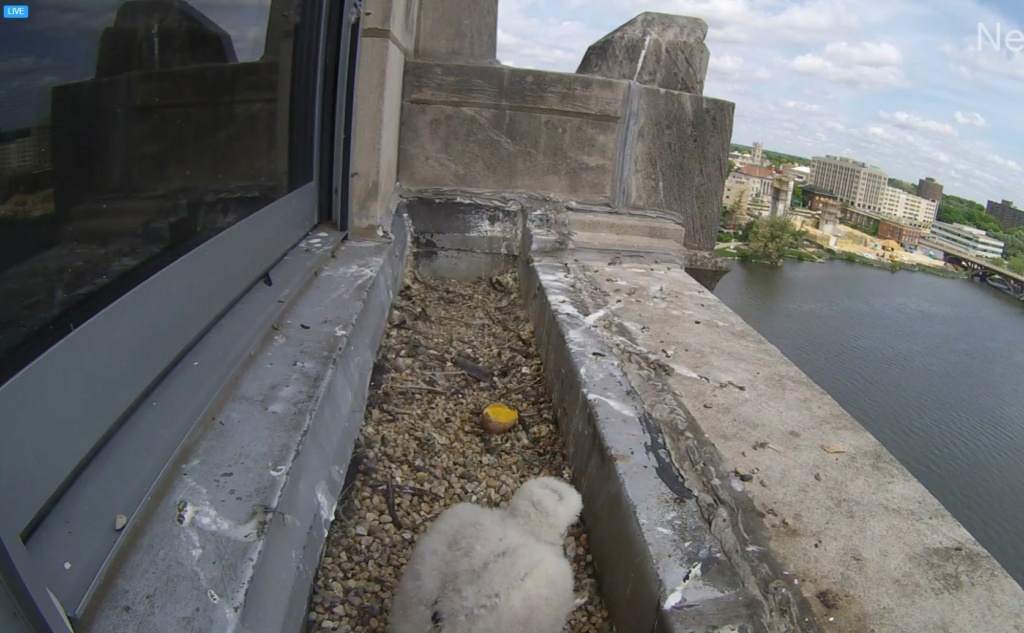 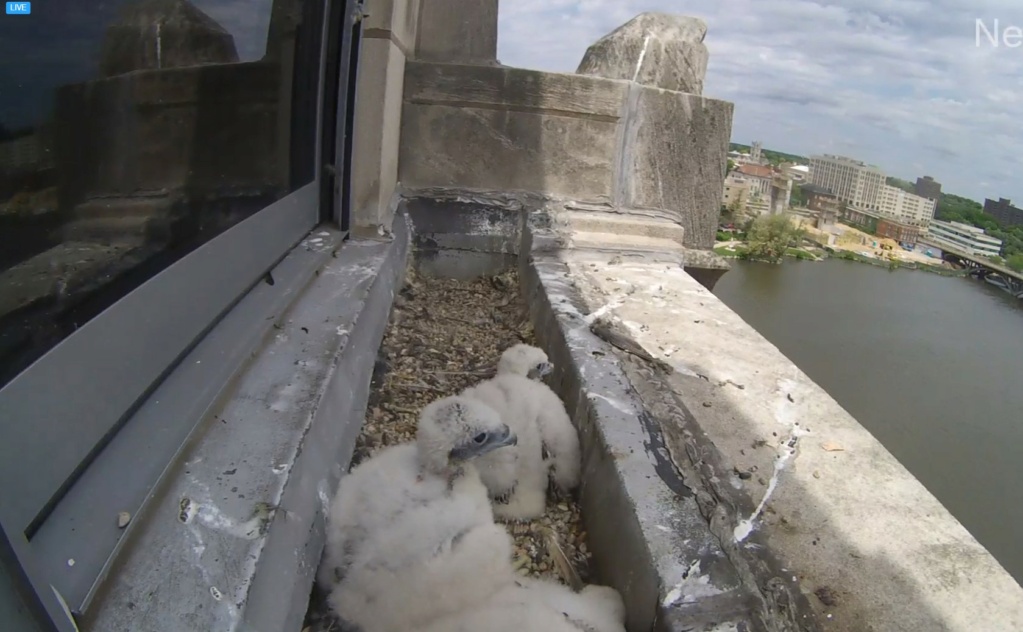 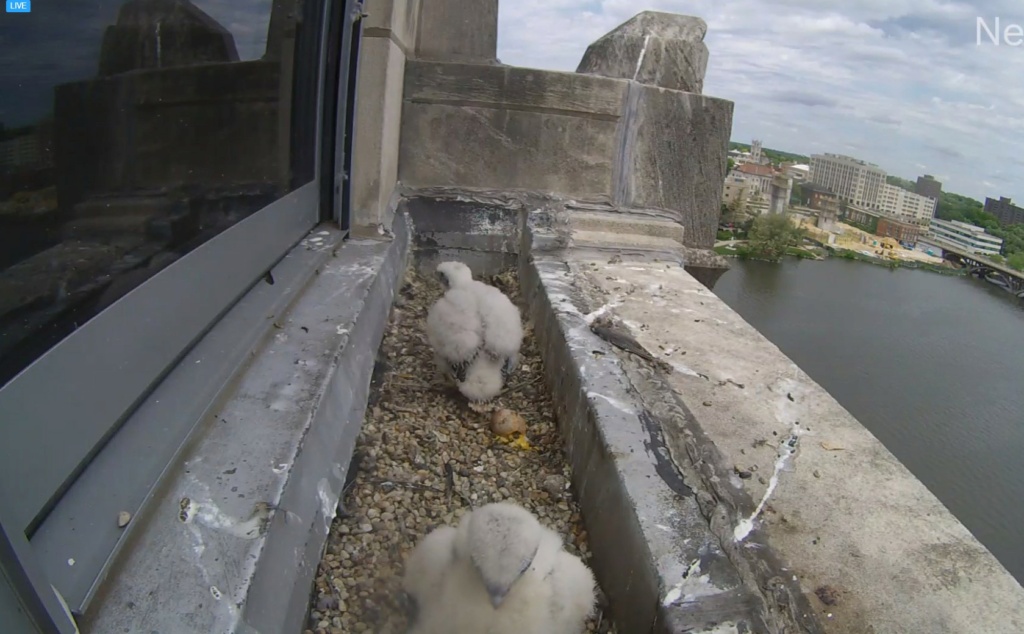 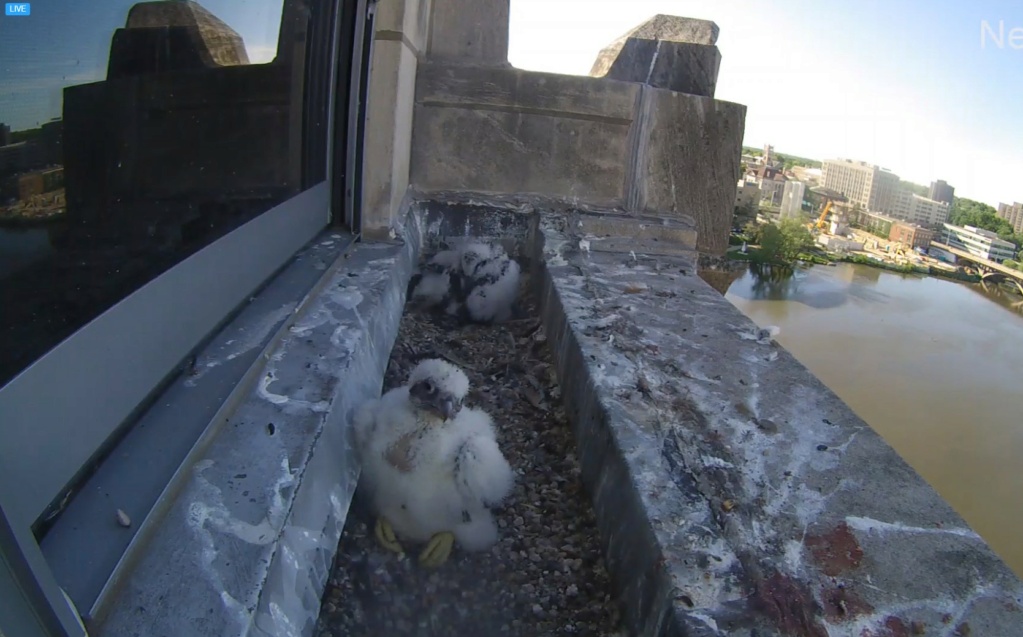 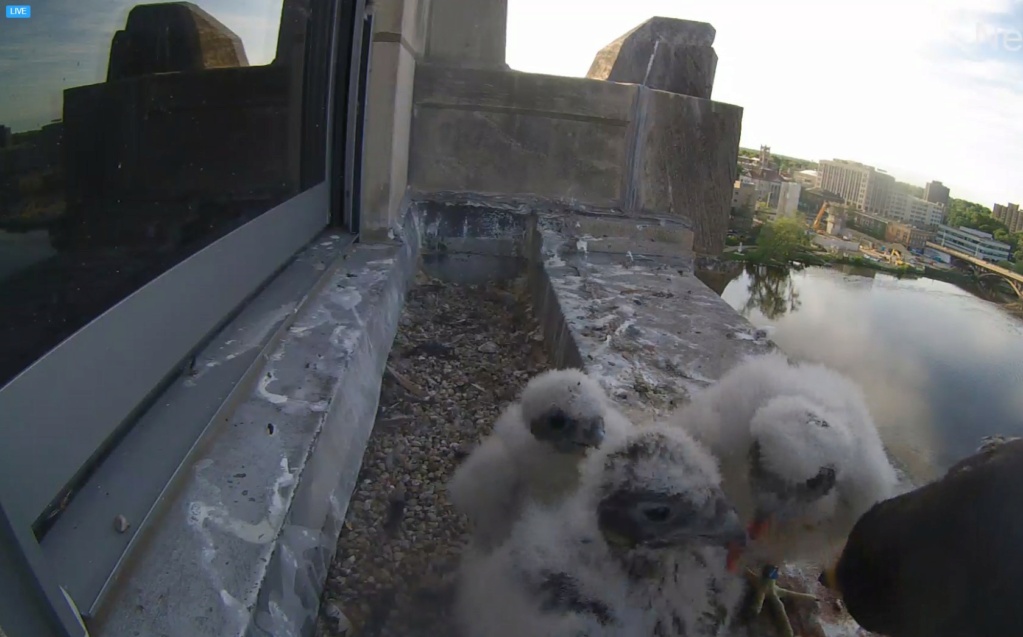 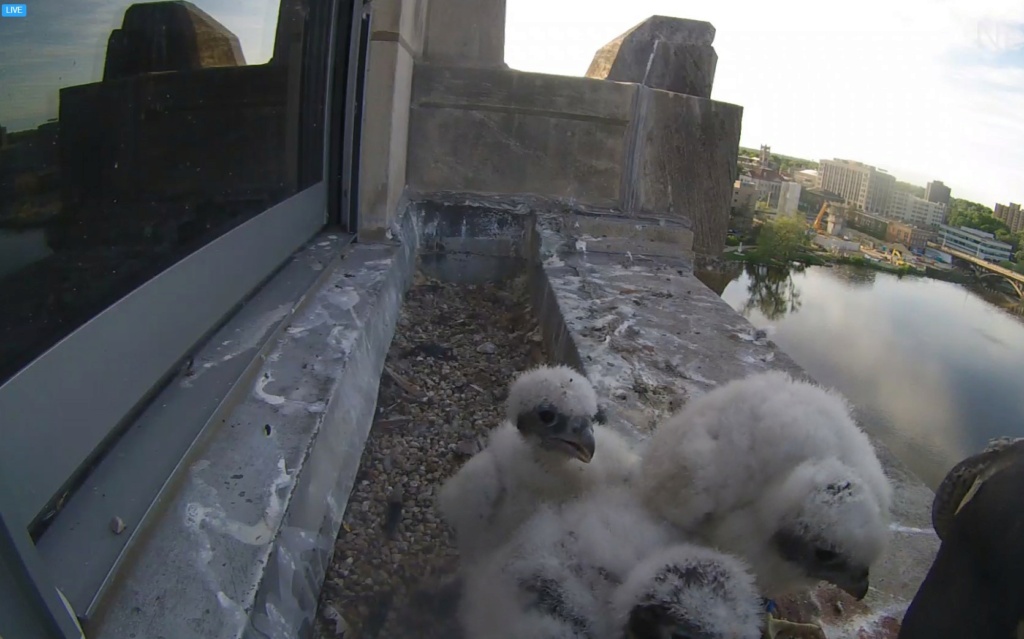 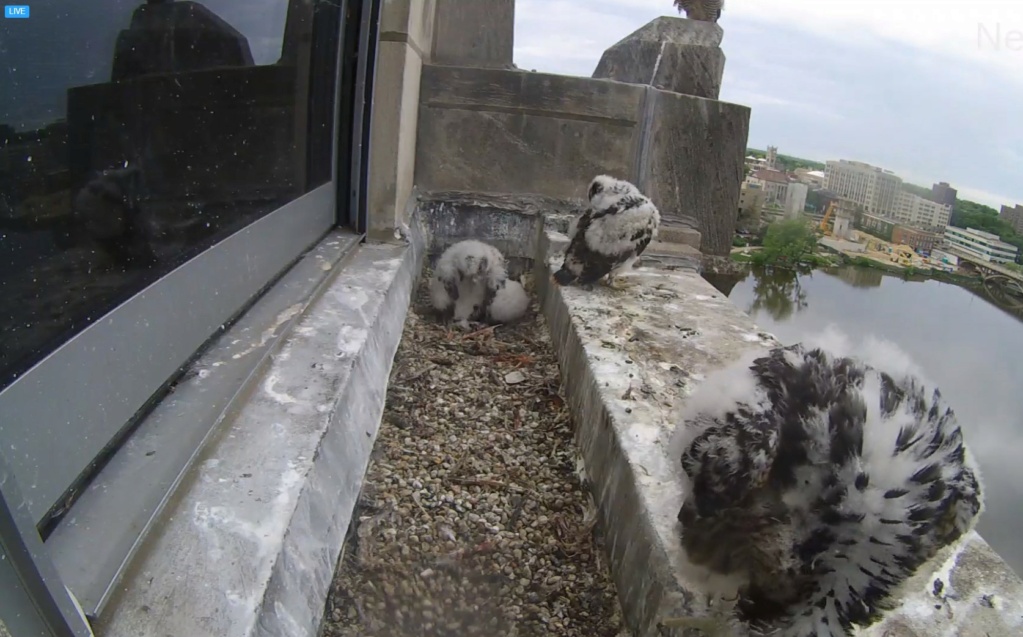 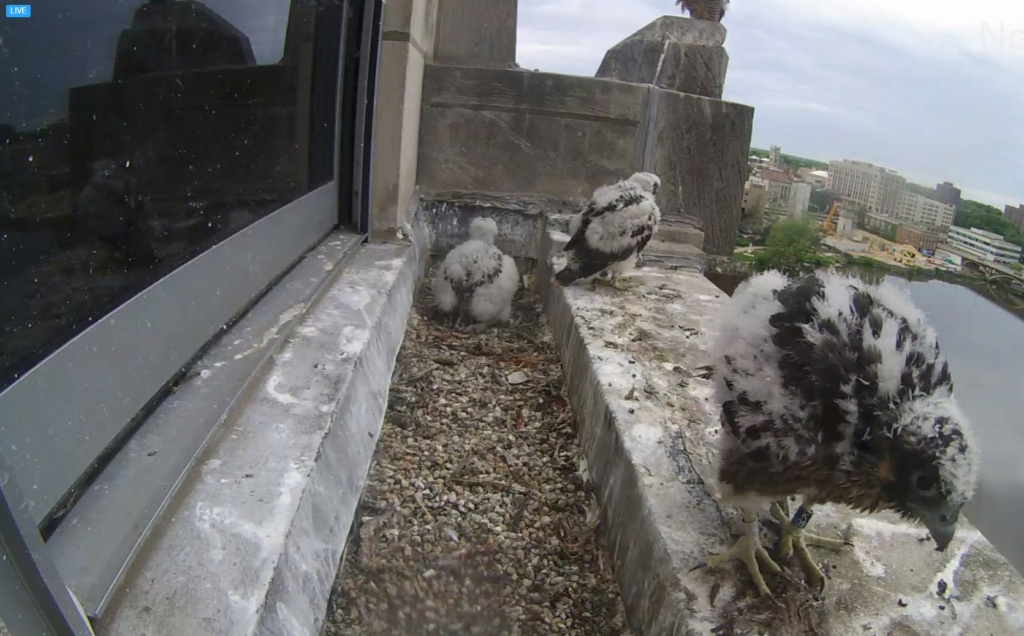 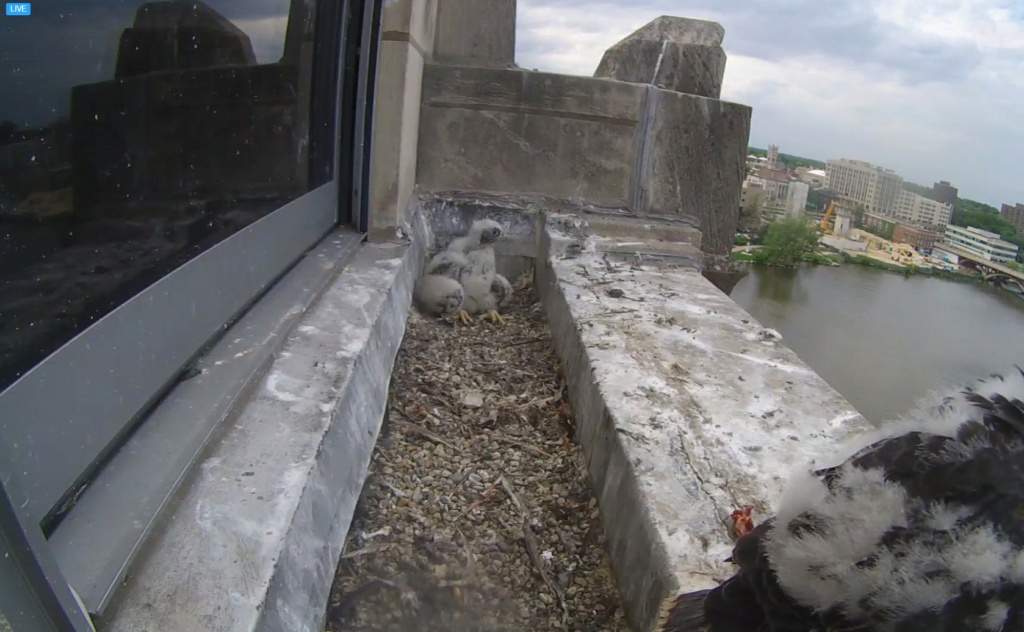 Facebook.
We are very sad to report that earlier this month two of the young peregrine falcons from this year’s clutch (2022) were involved in accidents.
Jane (b/blu K/08), on the right, was found dead after being struck by an aircraft at Rockford's airport. And, Hope (b/blu K/09) was found injured by a building in Rockford. Likely due to a collision with that building. She is currently being rehabbed at Hoo Haven. We are keeping our fingers crossed that she'll be out flying again soon!
While we hope all of the peregrines hatched in Rockford lead successful long lives, the mortality rate for these young birds is about 60%. This means that approximately 6 out of every 10 peregrines hatched will die in their first year of life.
As for the rest of the Rockford birds, we know both Louise and Brian are still hanging out in the downtown area and will probably overwinter here again. Occasionally, you can still find them on the camera. No news on Simon, so we think he’s out there exploring the area. 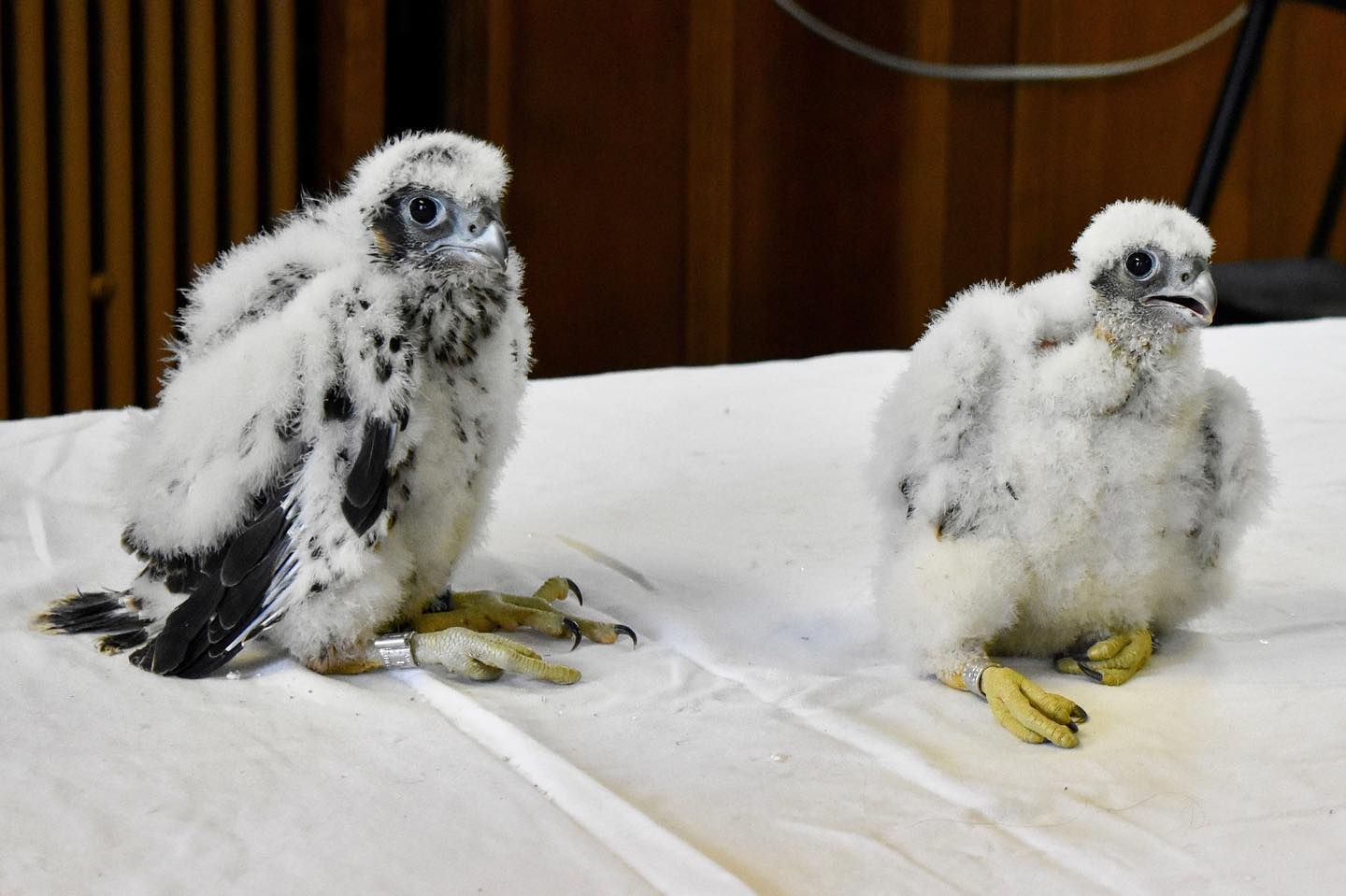