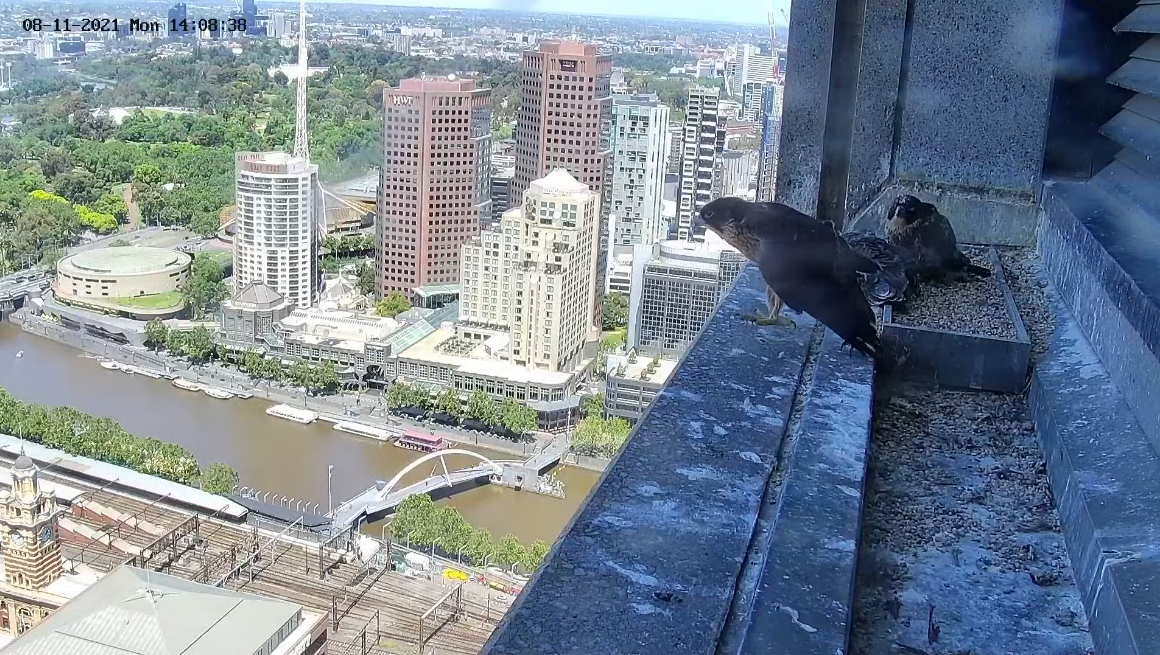 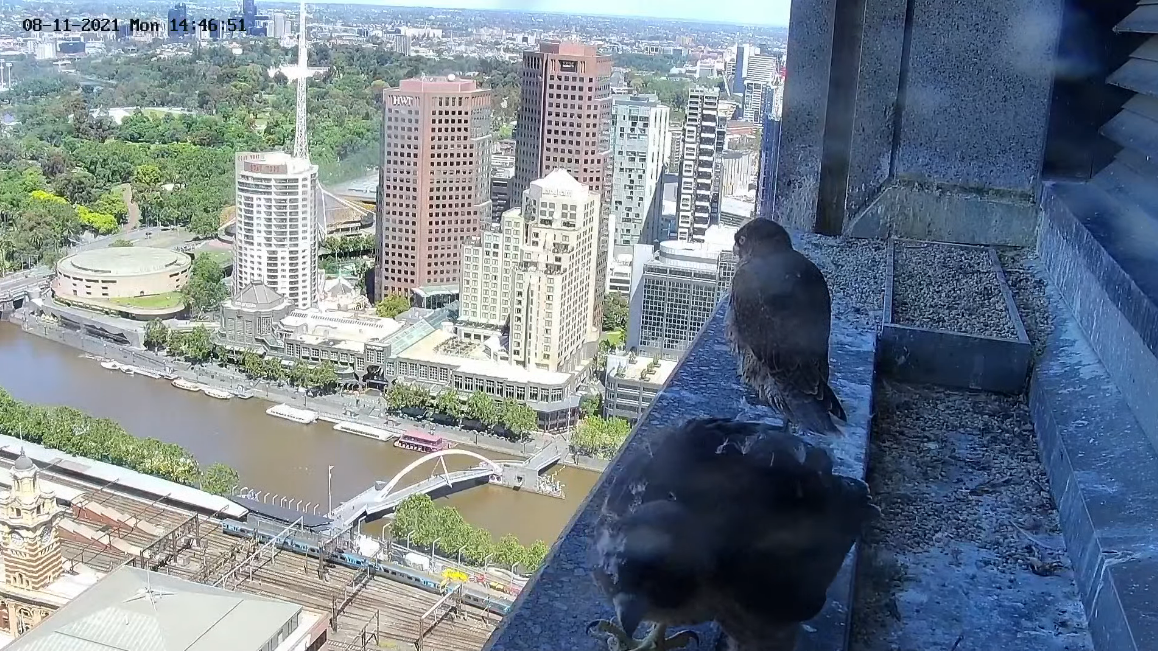 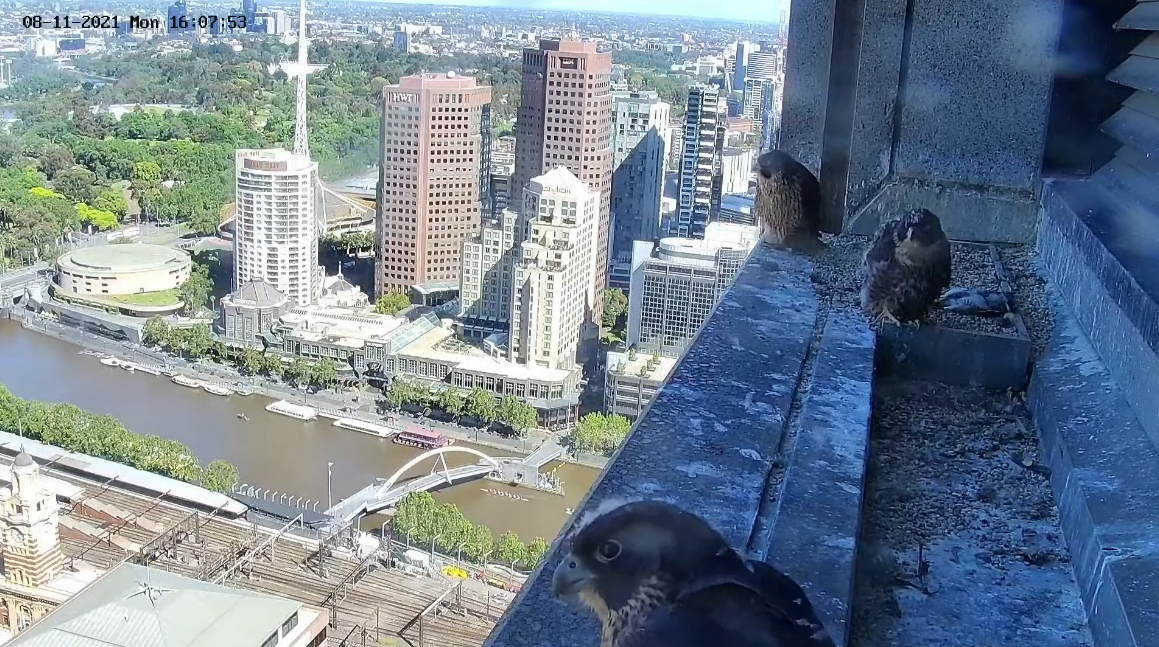 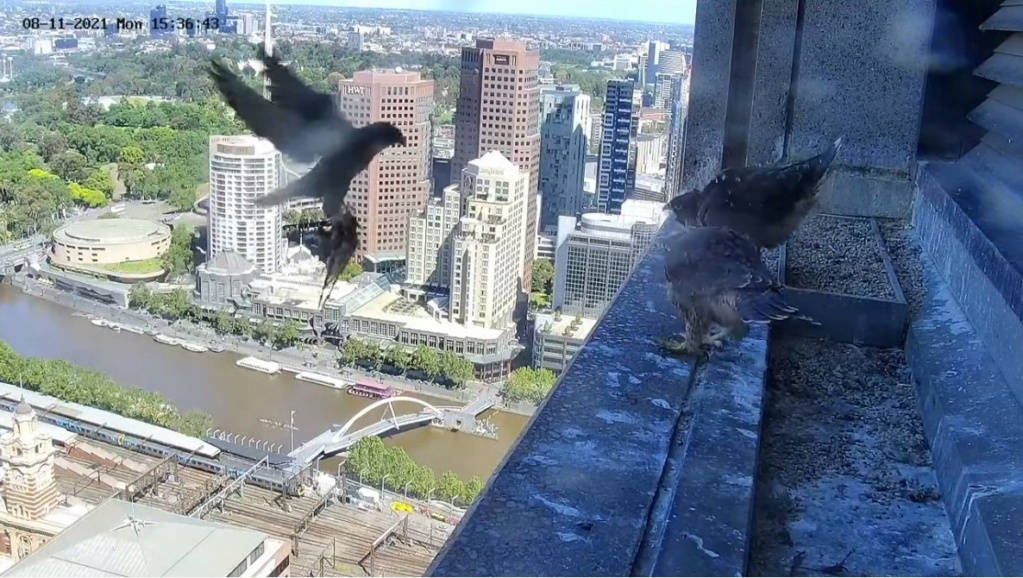 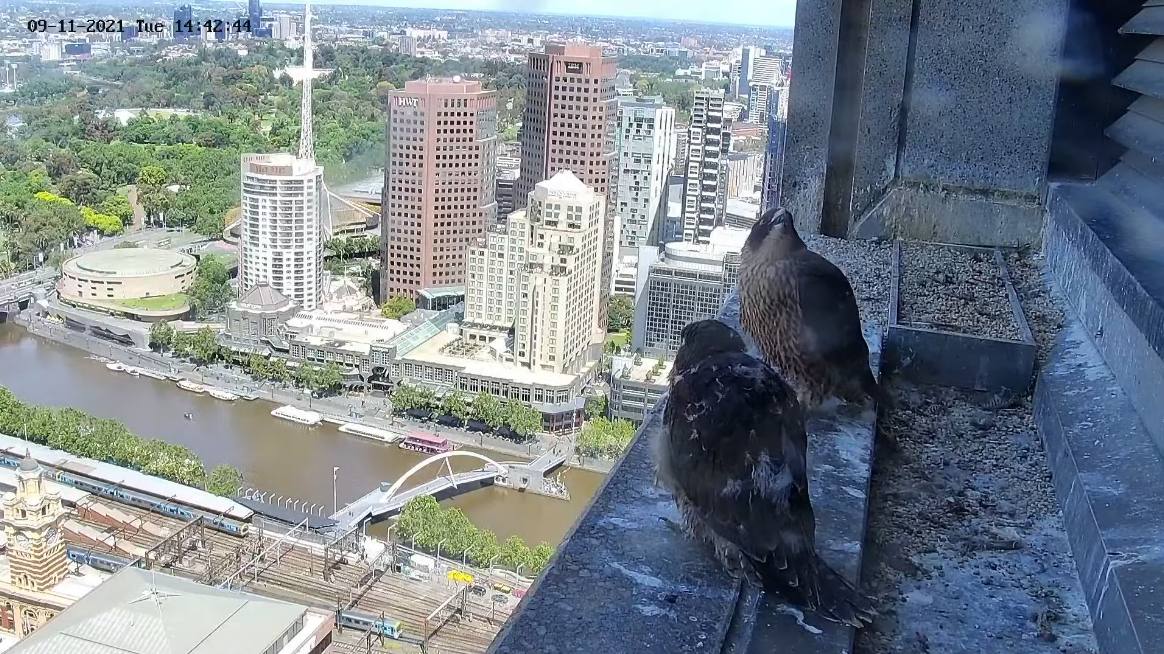 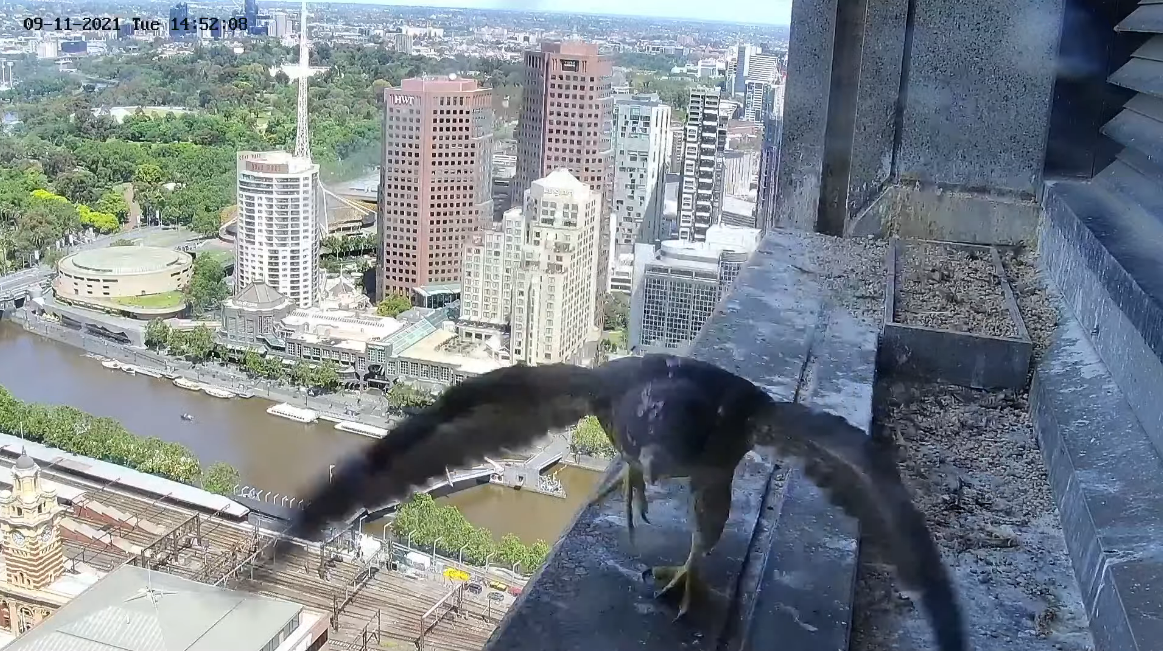 Update.
As people will have noticed the remaining nestling (a male) is struggling. I don't know exactly what is going on. From my experience it is most likely a heavy *Trichomoniasis *infection. This is not uncommon in urban and industrial settings where introduced prey species make up a higher proportion of the diet. It is now too late to intervene and approach the ledge as this is guaranteed to lead to this nestling jumping off of the ledge to a certain gravity induced fate. In fact the disease has probaly already progressed too far. To approach it once it is too weak and malnourished to make that jump will also be too late to actually prevent it succumbing to this disease. I have consulted with people whose experience with this species and disease I respect and they have reconfirmed the merits of this approach which has been adopted at 367 Collins Street for some years now. As it becomes increasingly obvious that the disease is progressing I will be recommending Mirvac to then switch off the live feed. Little will be gained by watching its last hours or days.
It is worthwhile recalling that there is almost by necessity a relatively high mortality within top order predators in their first one to two years of life. One consequence of this is that the environment does not become over-populated/crowded by predators which will be constantly attacking each other and may also then locally wipe out one or more prey species. With this in mind it is worth recalling that approximately 66% of juvenile Peregrine Falcons die in their first or second year. In Victoria 13% of the mortalities recorded of juvenile Peregrine Falcons are due to *Trichomoniasis *infection. This is based from 146 known mortalities.
On another note I would like to firstly thank Leigh for creating this site, inviting me to participate and hosting a really enjoyable and hopefully informative Q&A session again this year. To volunteer moderators and all those who contributed observation data on incubation and the feeding/diet studies you guys rock! You have maintained order in a social media environment prone to dischord. Finally, I thank everybody who has joined this group to create a positive online community working within the rules and watched this wonder of nature play out. Looking forward to a new Mirvac web site and camera format next year. Take care and be kind to others.
Raptorially yours,
Victor
_________________
Het leven is soms veel te kort,geniet ervan en durf te leven! 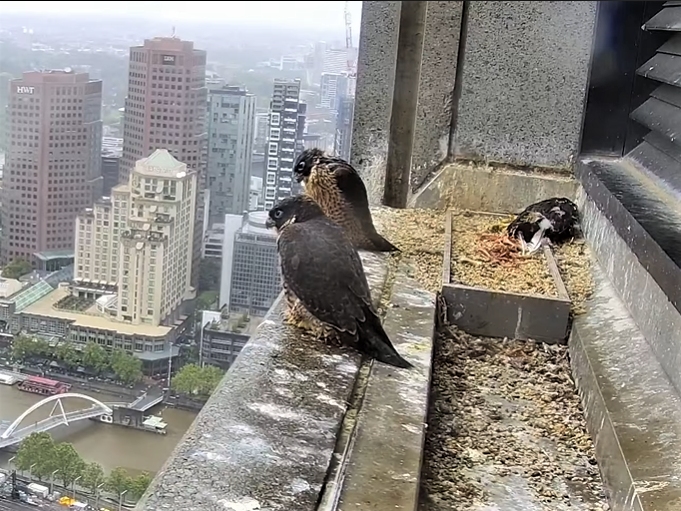