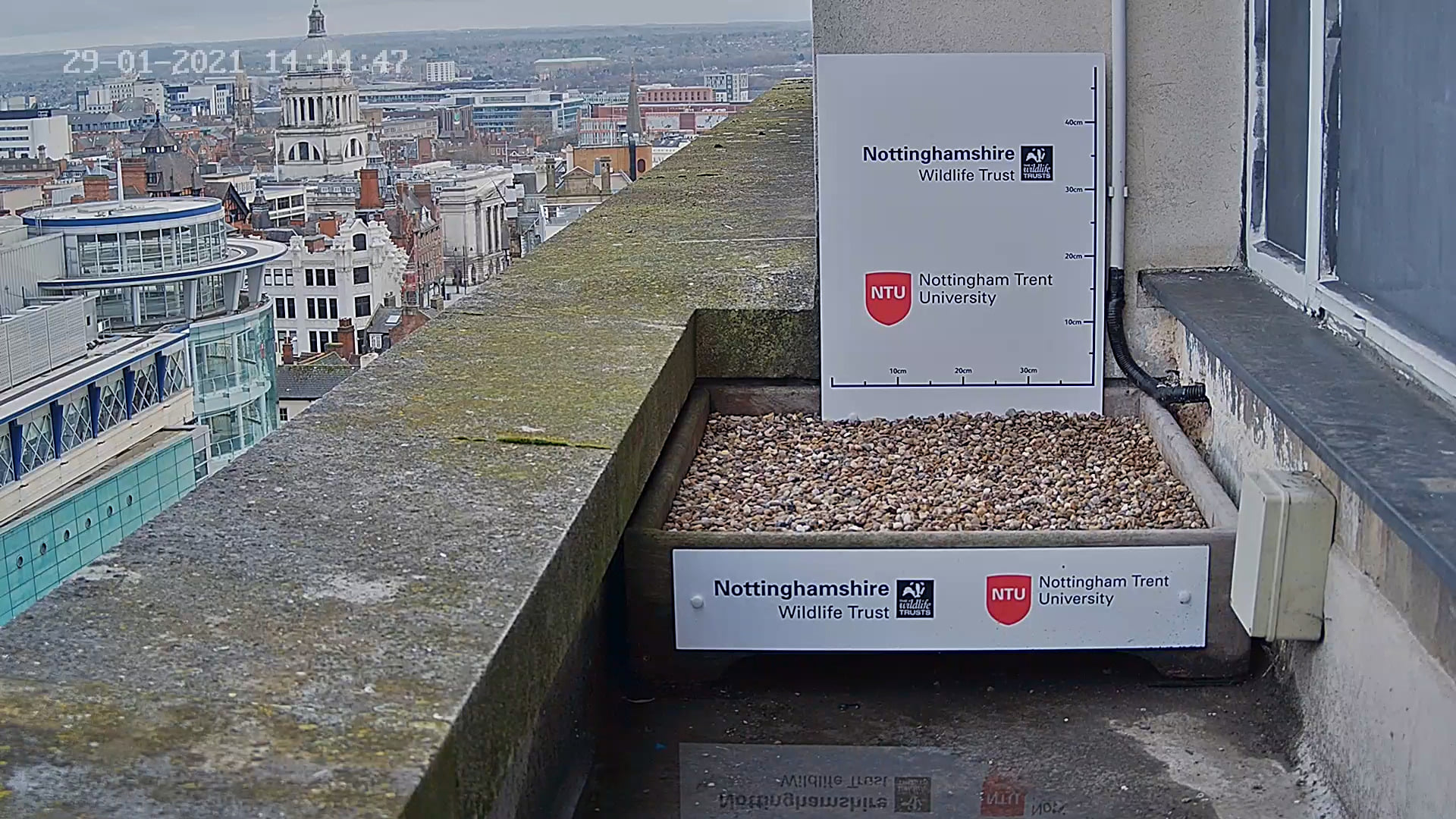 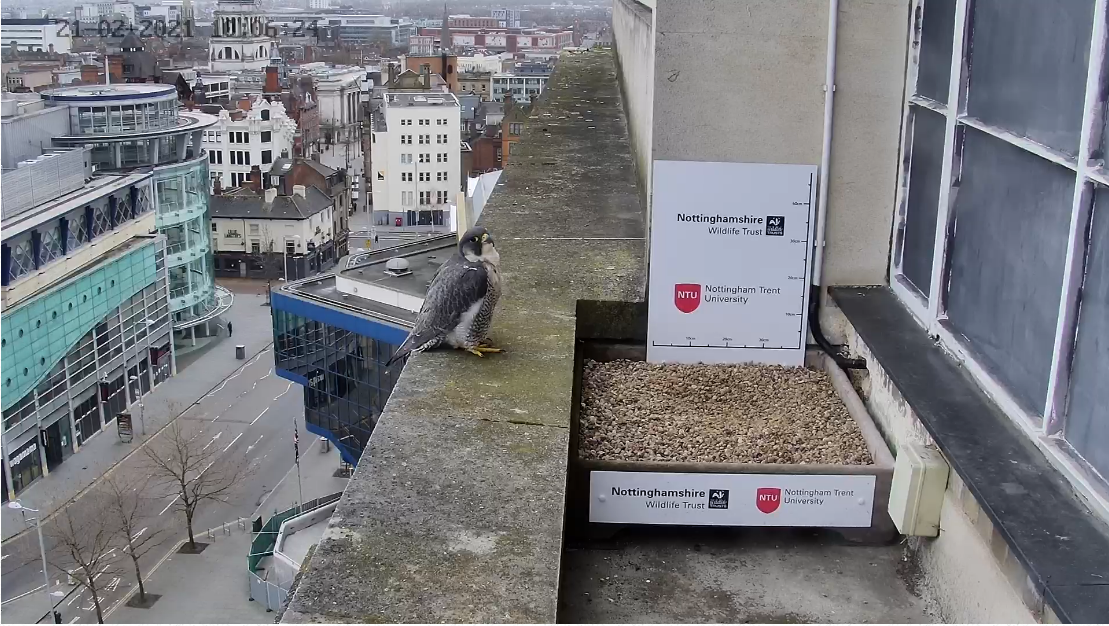 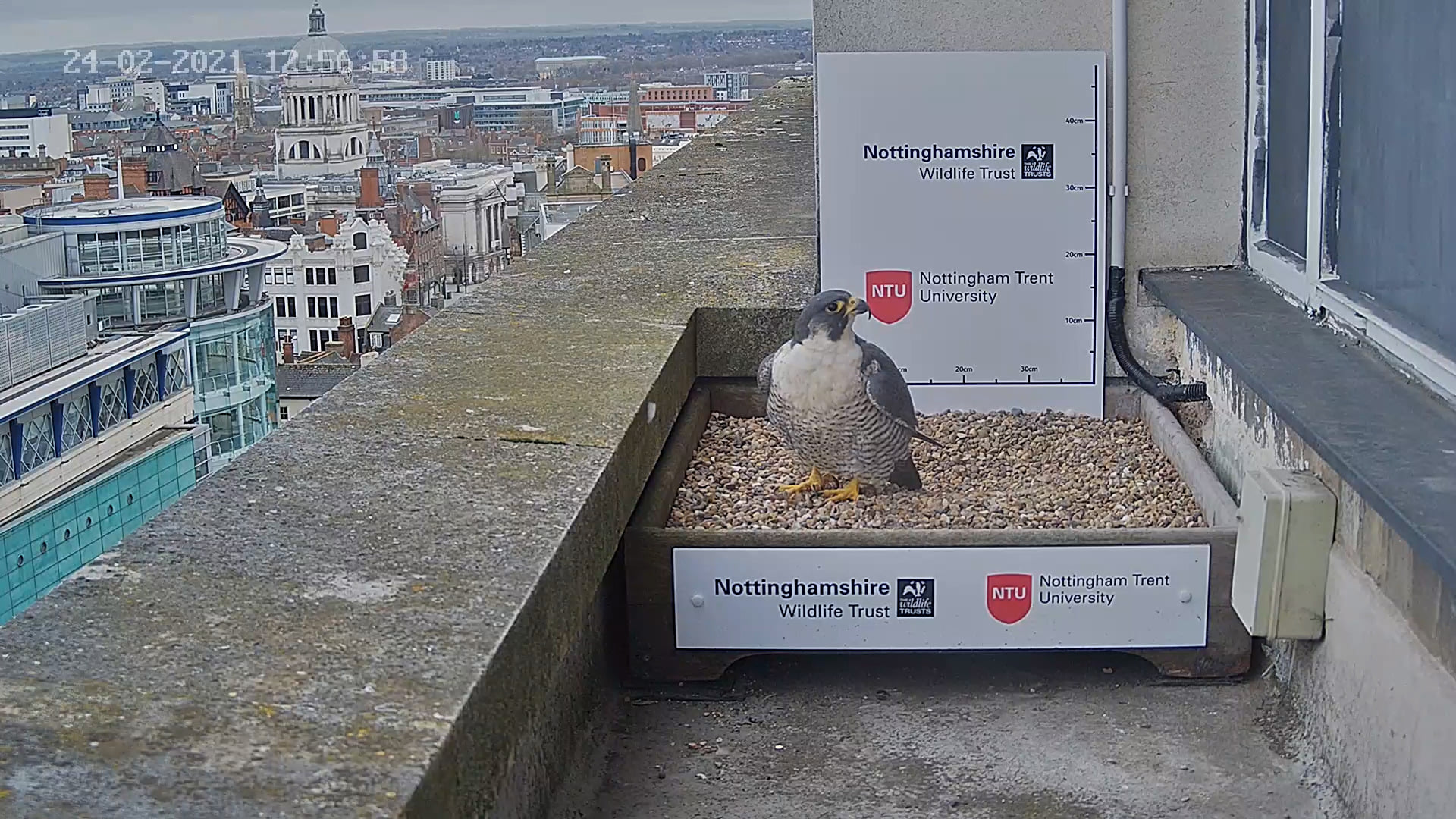 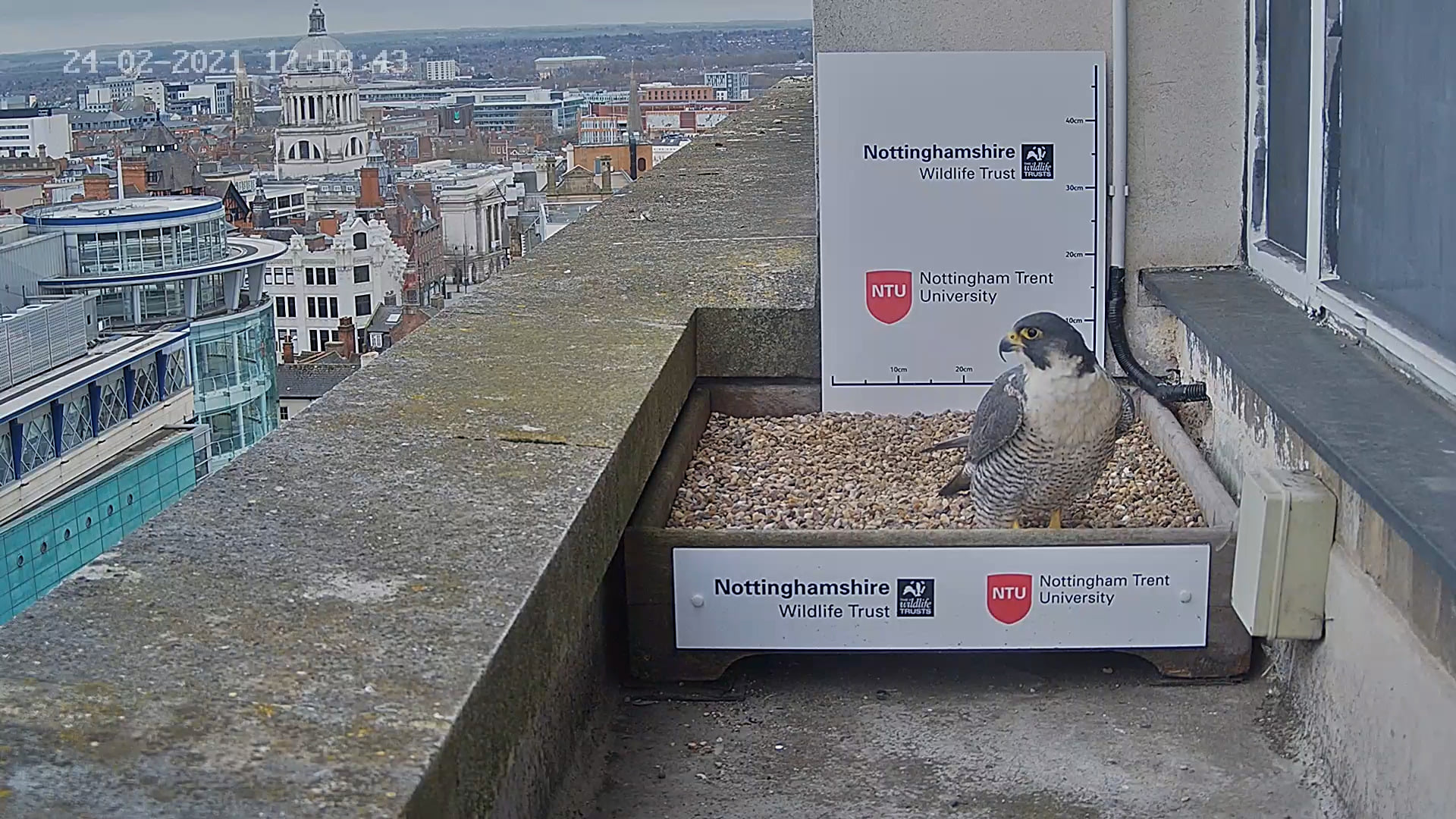 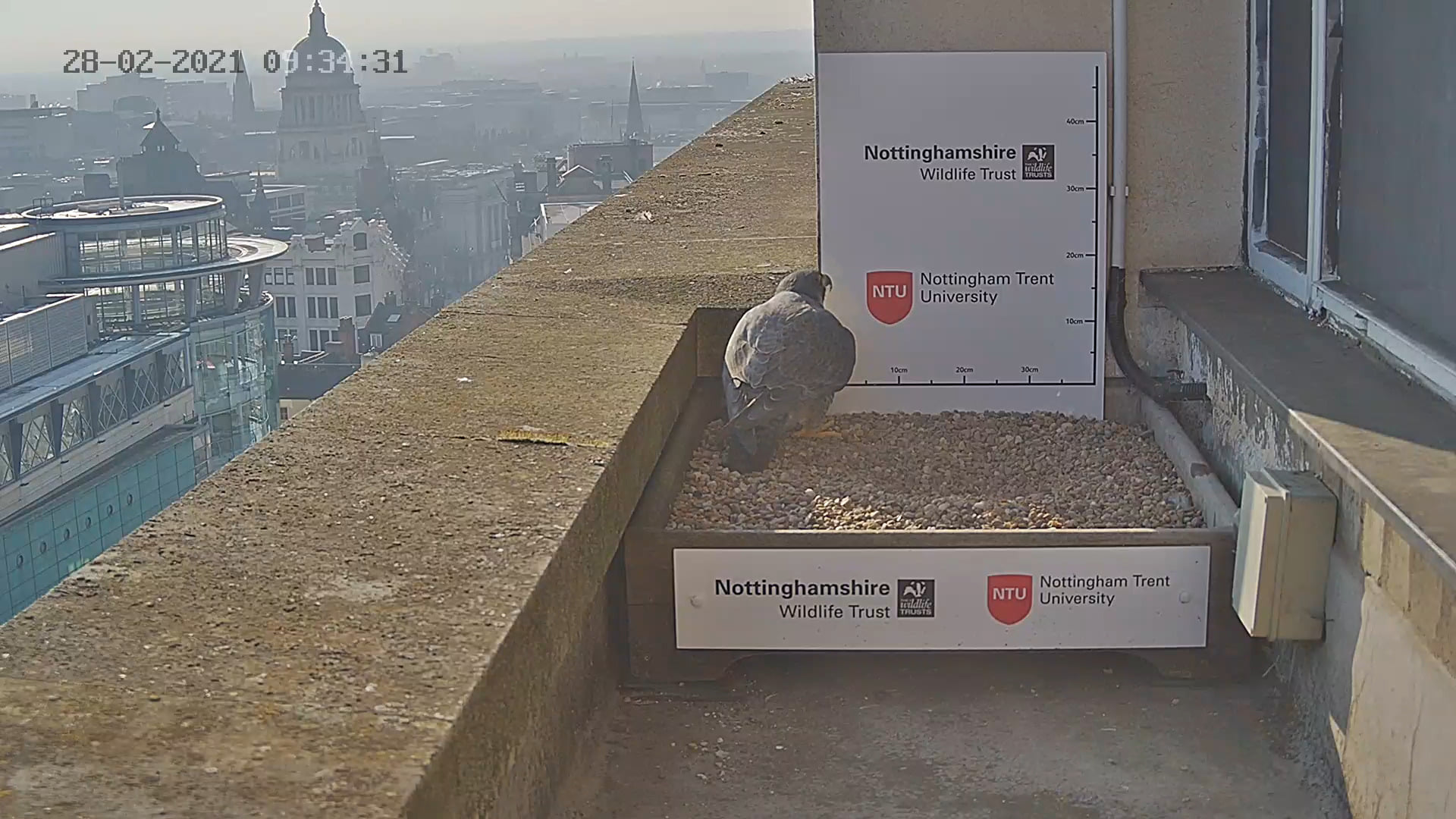 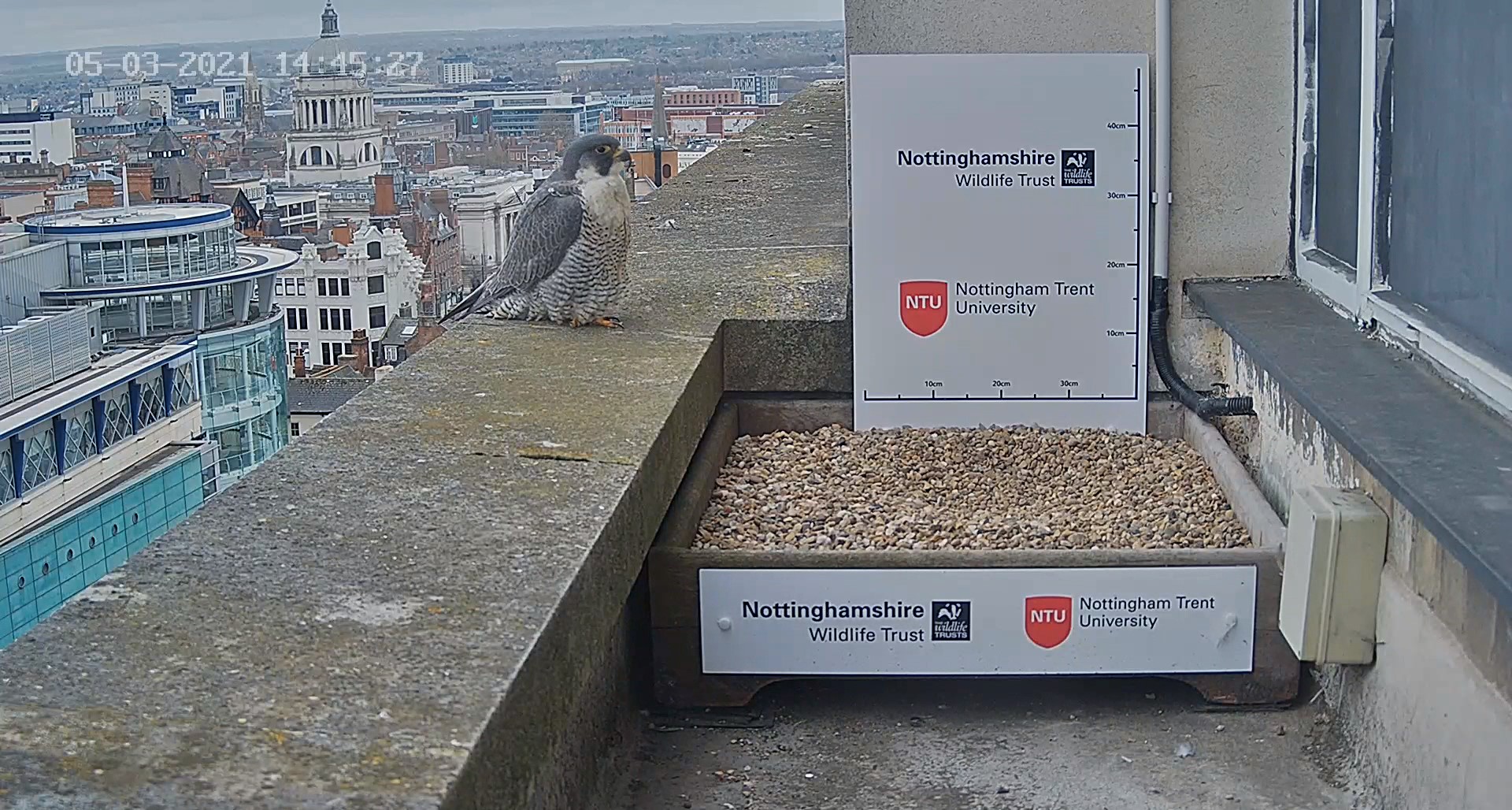 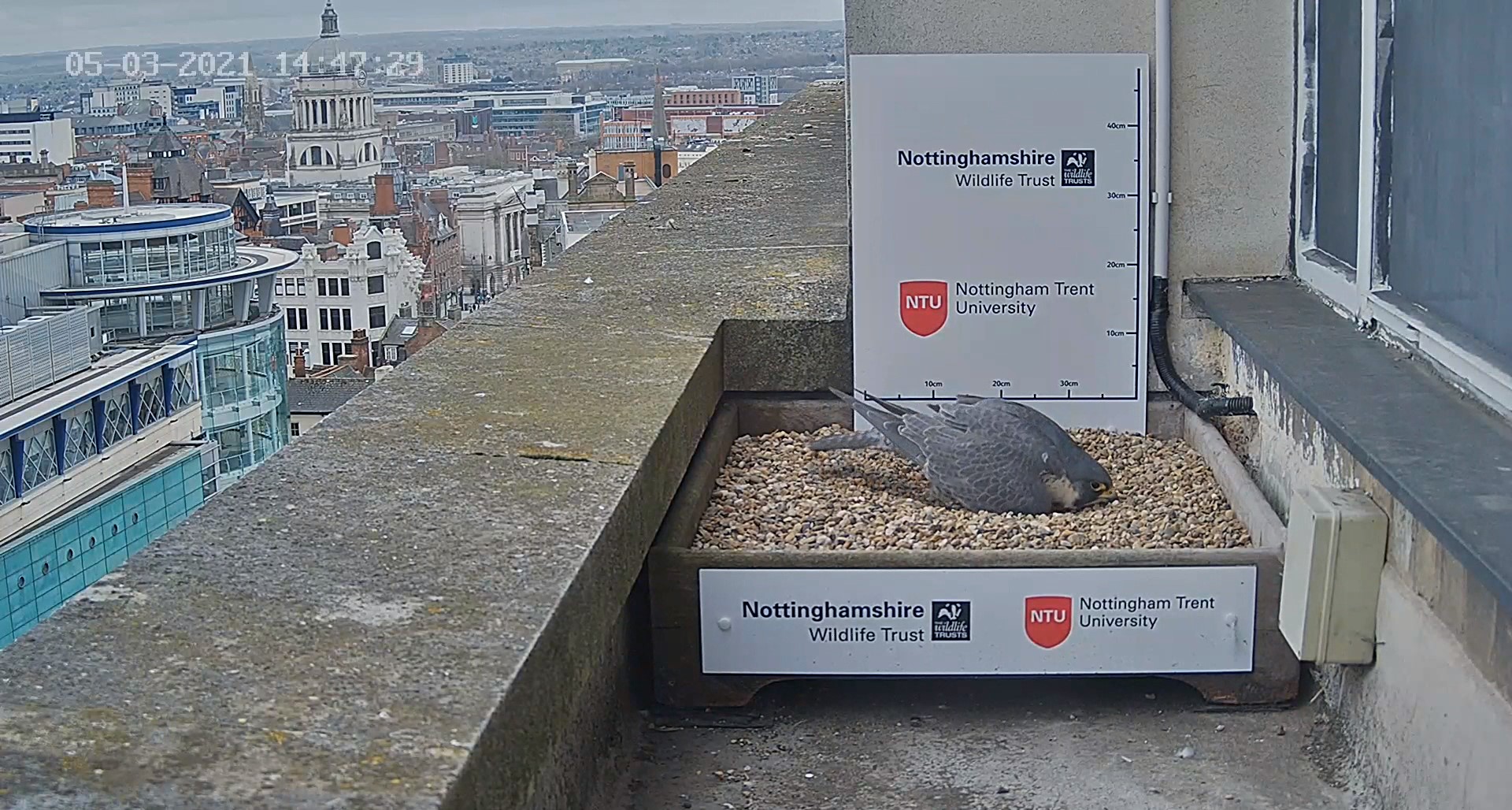 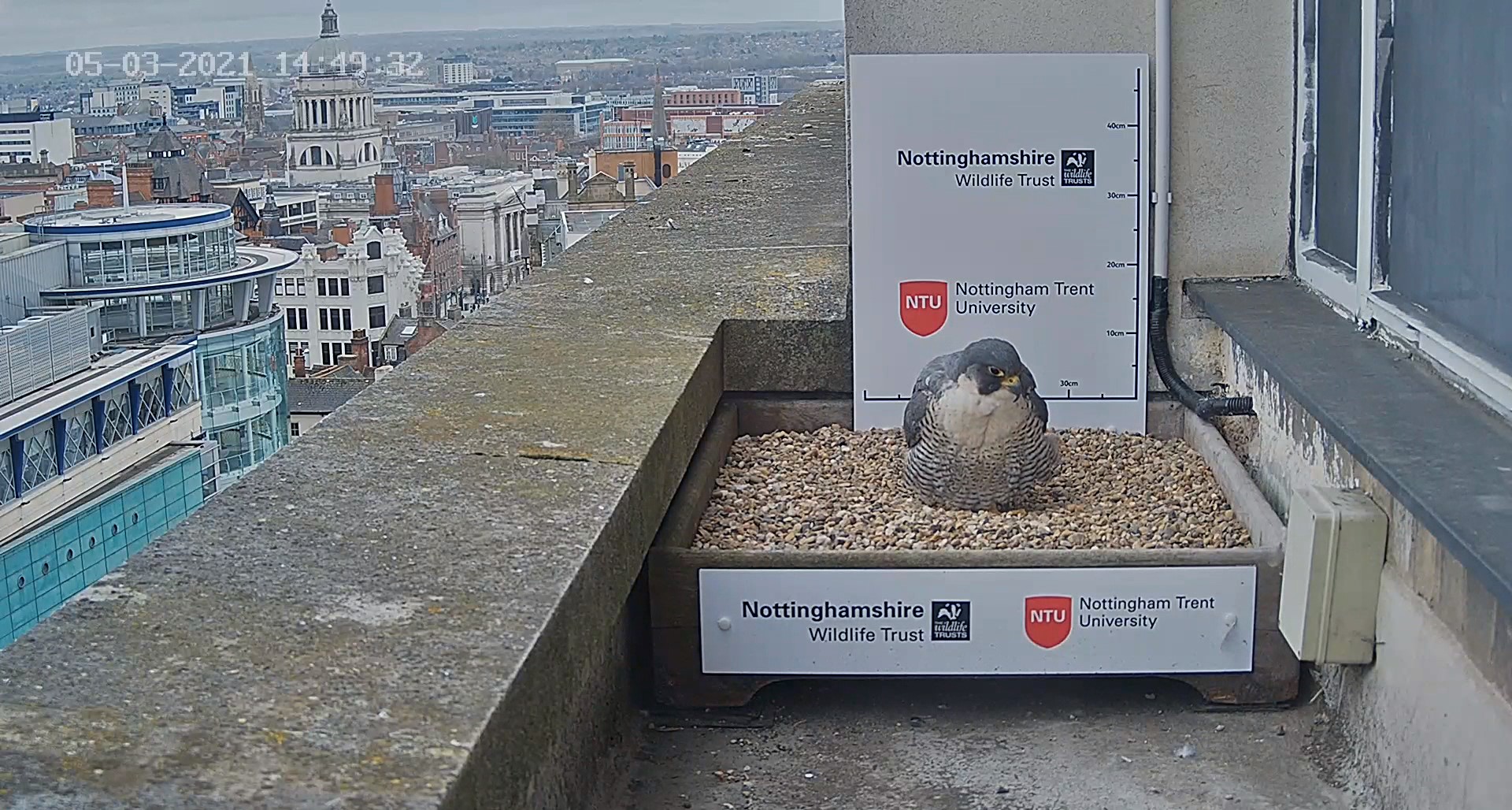 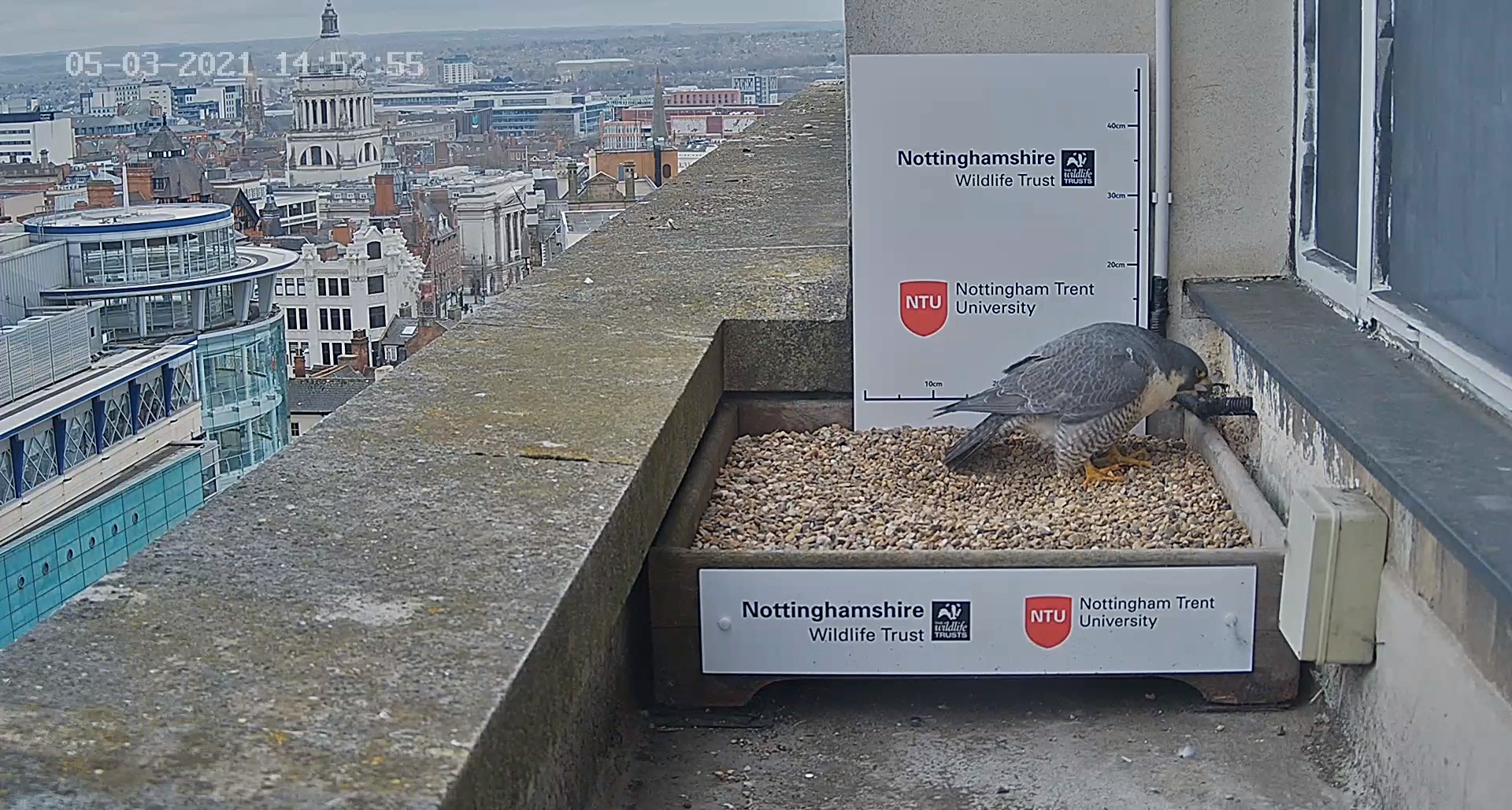 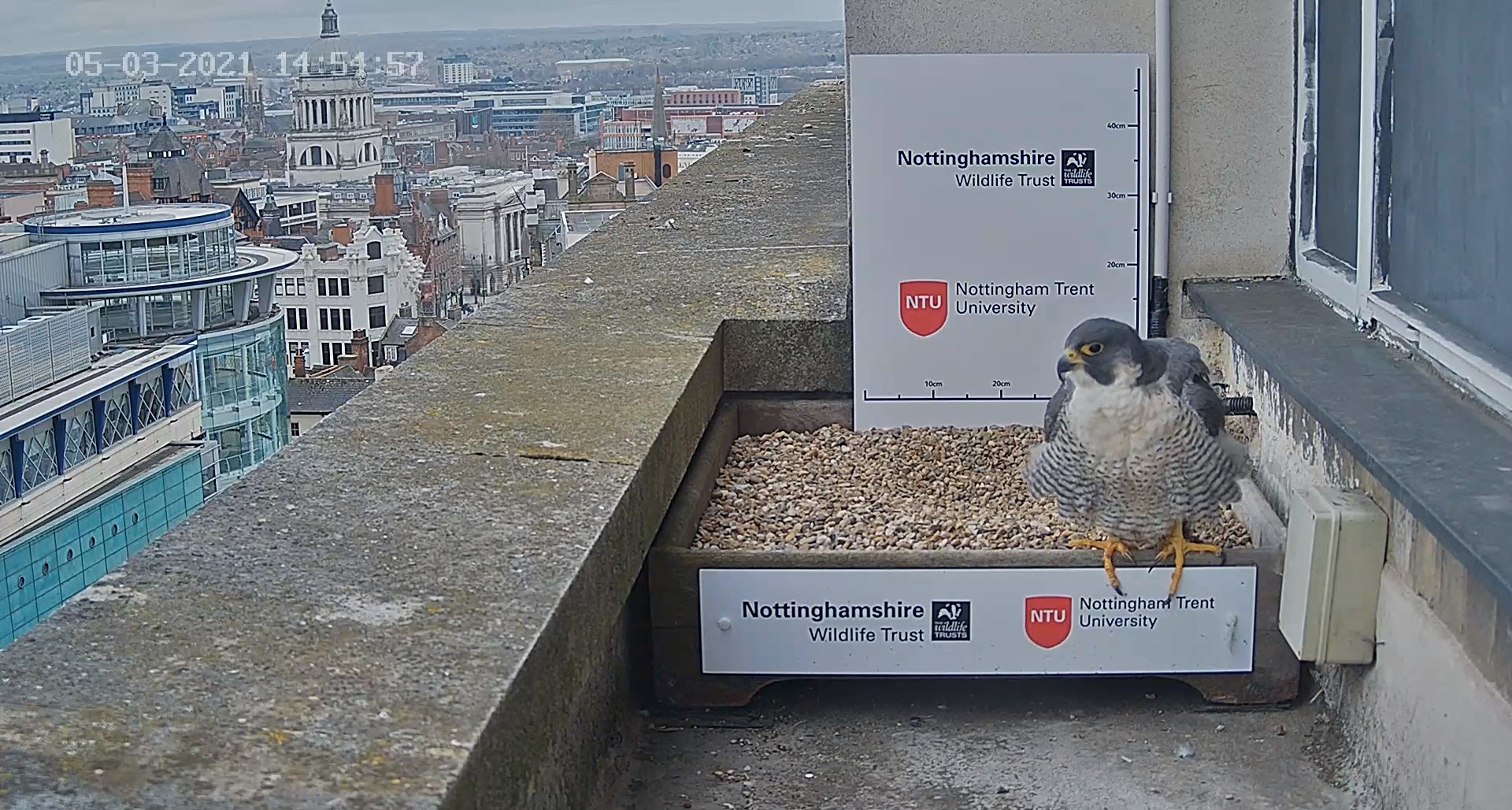 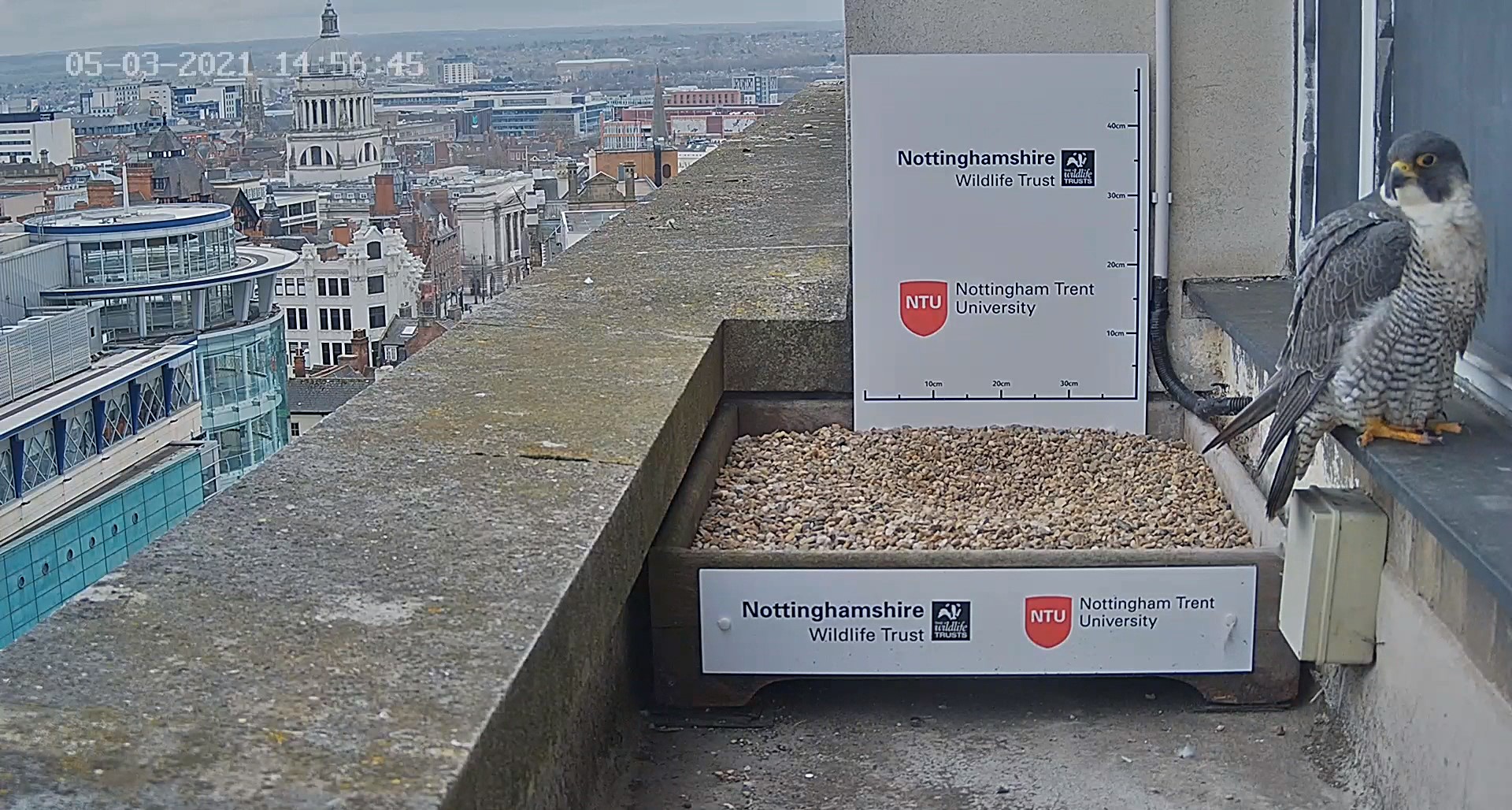 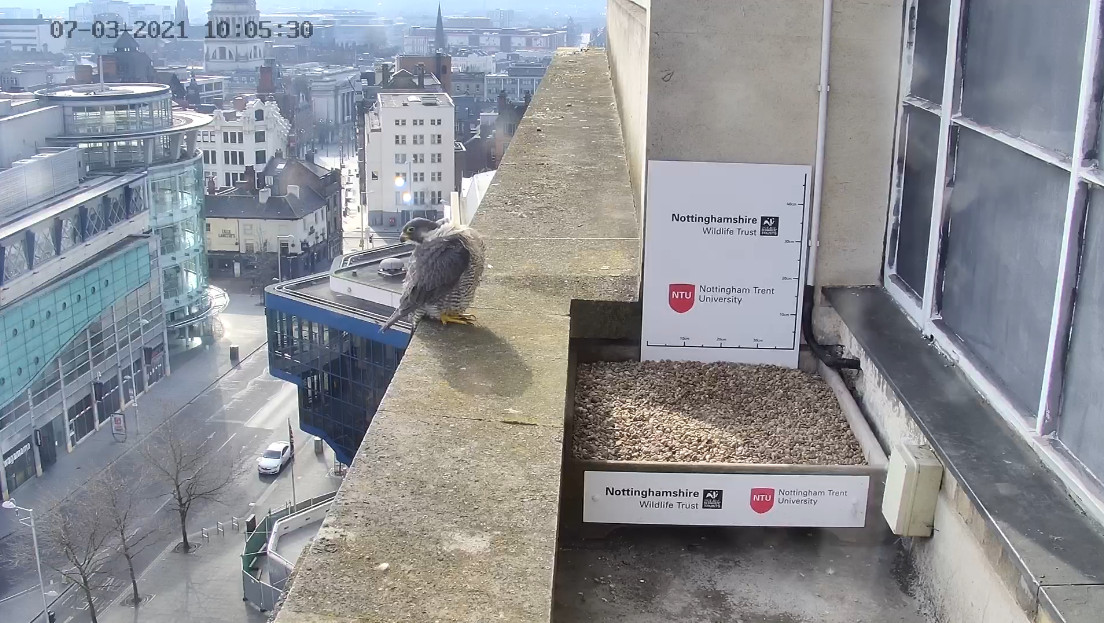 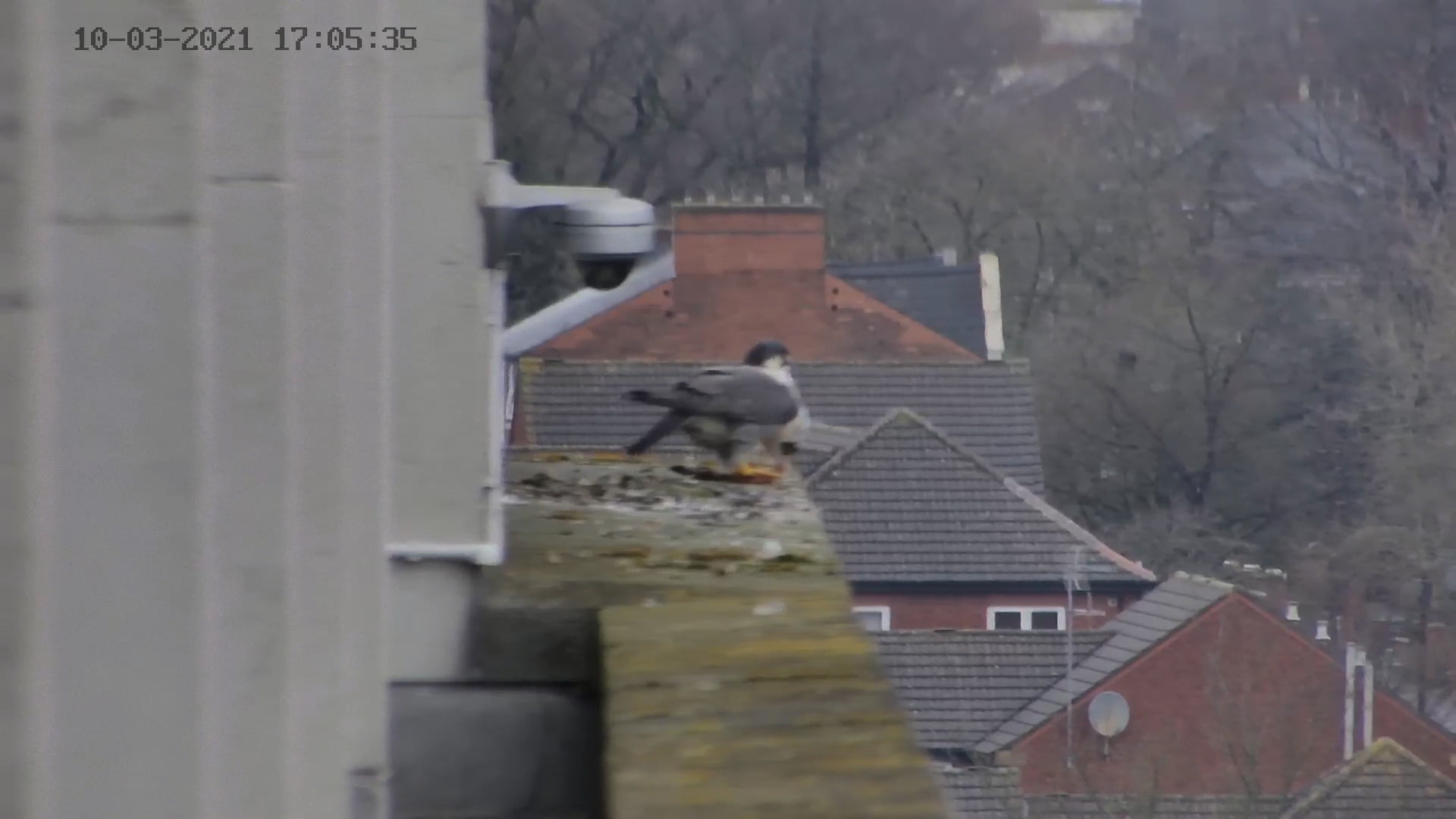 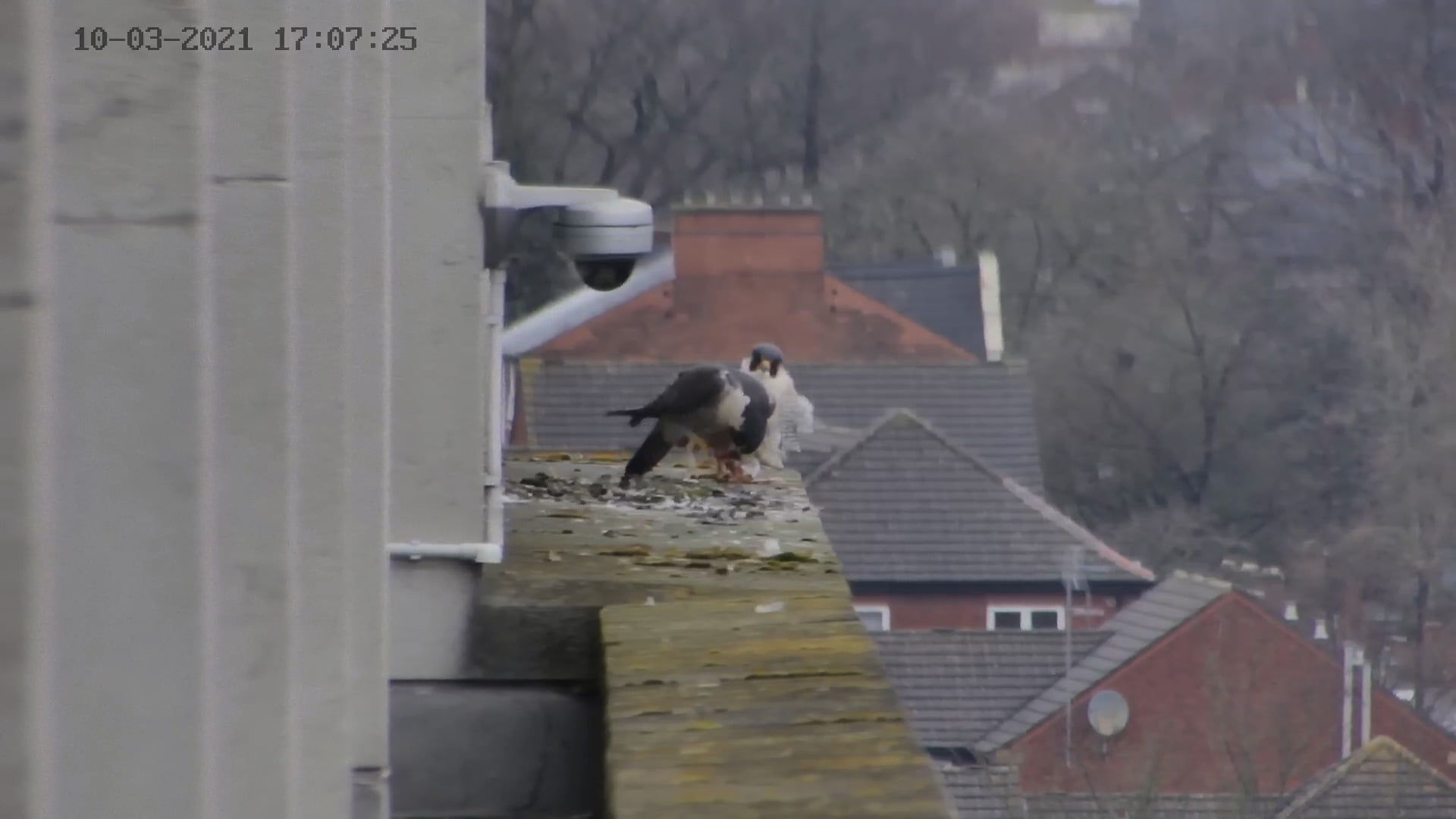 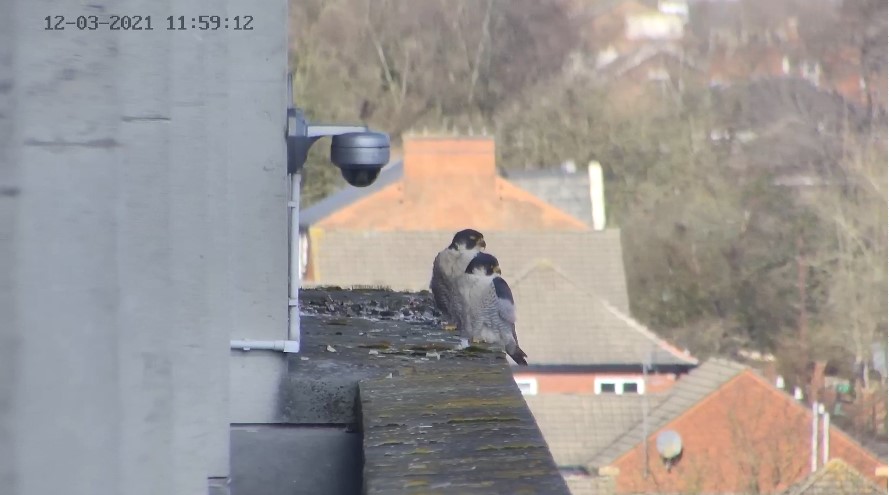 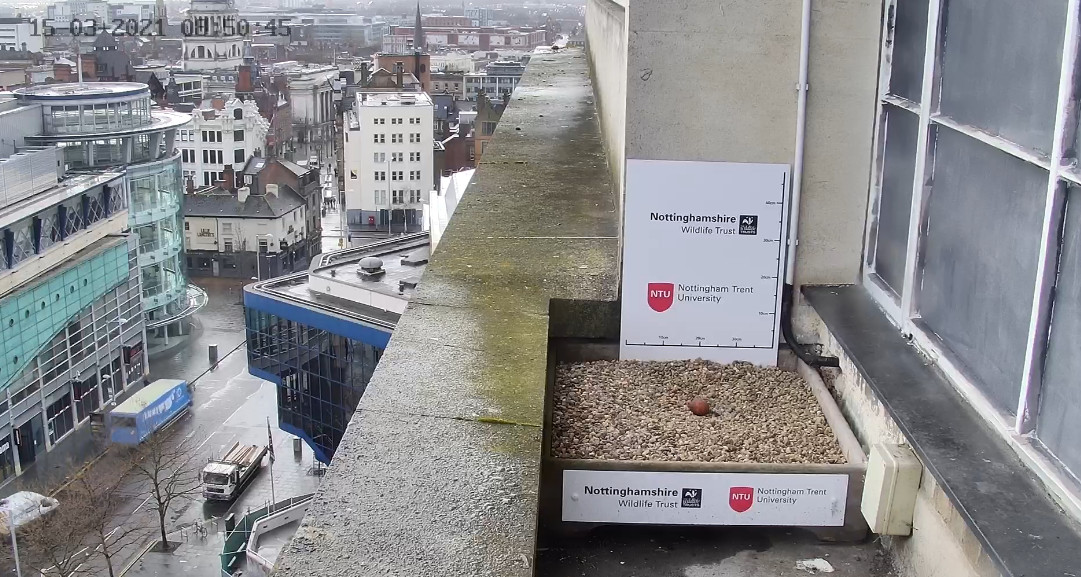 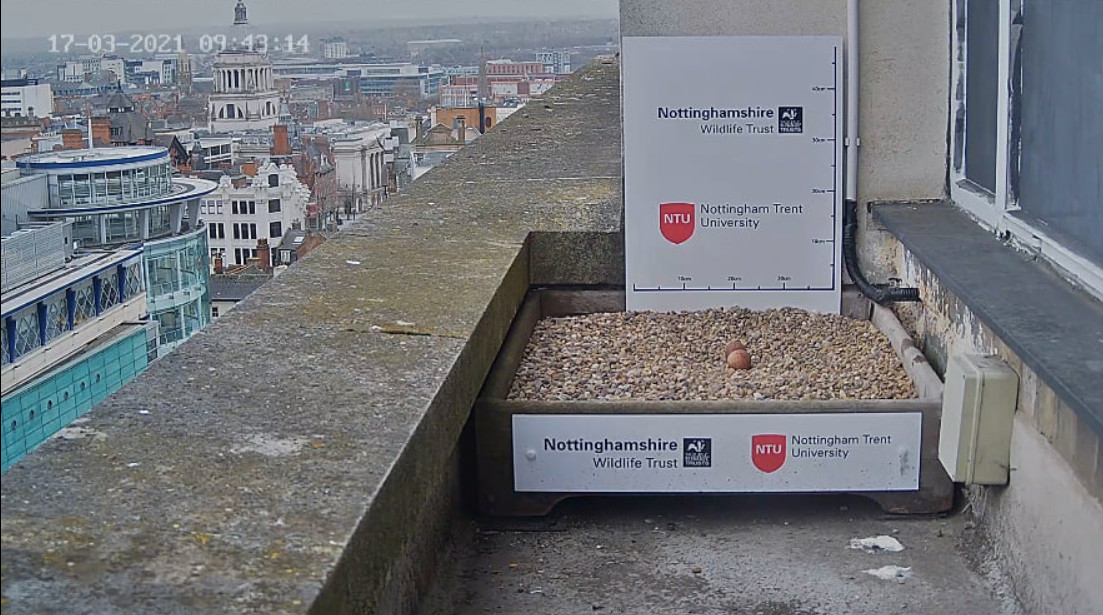 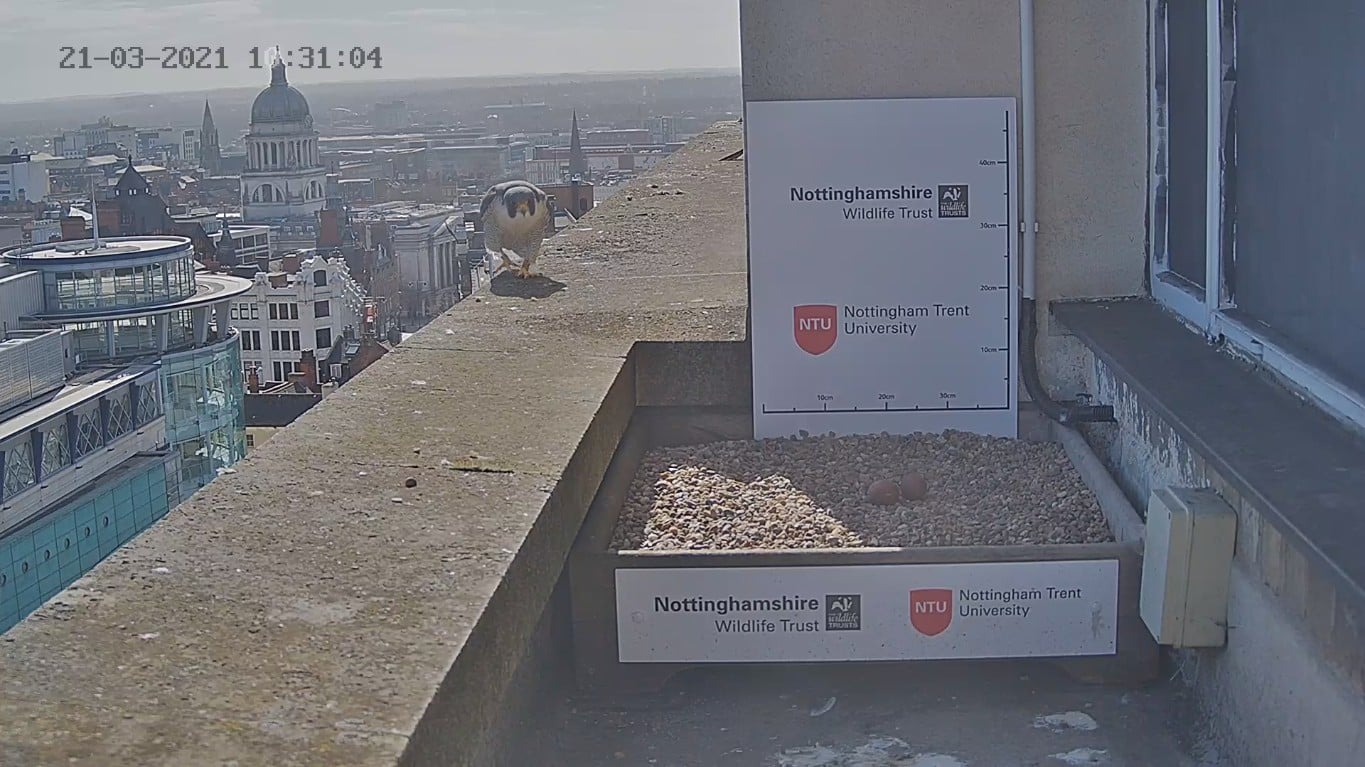 Following a report received over the weekend of a dead peregrine being found in Nottingham City Centre we wanted to update everyone about developments. Our team is now preparing to send the dead bird for examination to see if we can establish a cause of death and glean any further information. Whilst we can’t definitely confirm that the bird is the female from the NTU Newton Building nest, the fact that there have been no sightings of the female since Saturday – plus our initial observations of the dead bird make it highly likely that it is.
Since it became evident that the dead bird might be the NTU female, our Nature Recovery Team have been in contact with experts including Ed Drewitt who advised that given the advantageous position of the nest it was likely that a new female would soon take over the nest site very quickly. Events witnessed on the ledge today suggest that things have moved incredibly quickly, with what appears to be another female already making moves on the nest in this video. As soon as we get details from the bird’s rings we will make enquiries about its age and area of origin- and share any details we can.
Whilst there have been cases where a female / pair have taken over another pair’s eggs we think it likely that if a new pairing is established at the NTU nest, the existing eggs will be abandoned or removed from the nest by the adults. Given that we are so early in the nesting season, whilst this would be unfortunate, there is still time for the nest site to have a successful outcome this season. Our long-serving female has been incredibly successful over many years and will be missed, but we’ve got everything crossed that another successful pairing can be formed to keep the long-term success of the NTU nest going.
_________________
Het leven is soms veel te kort,geniet ervan en durf te leven! 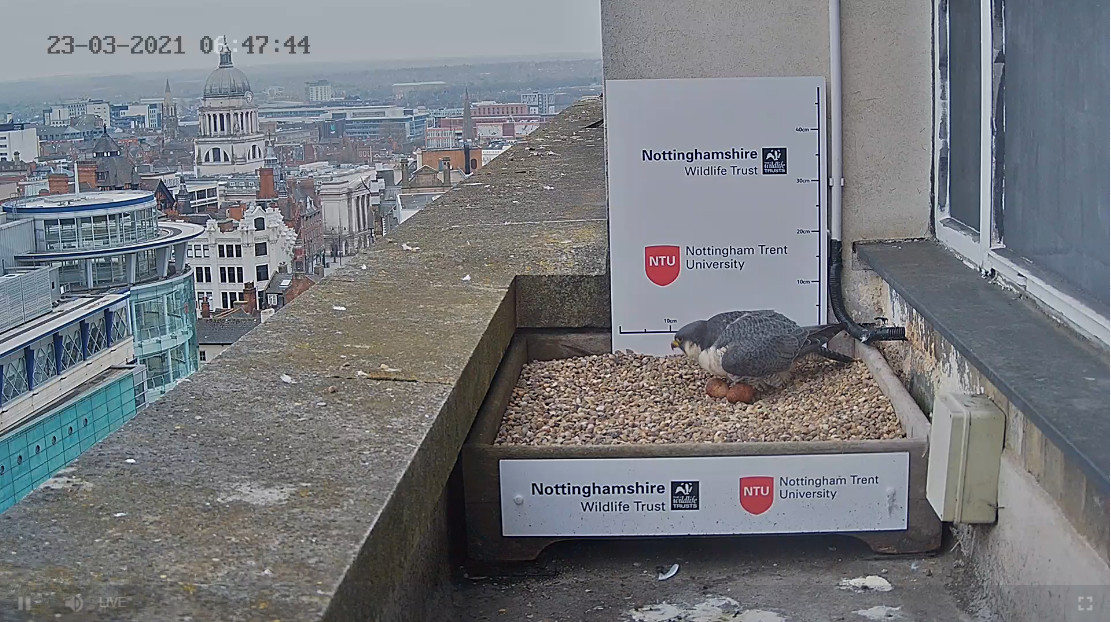 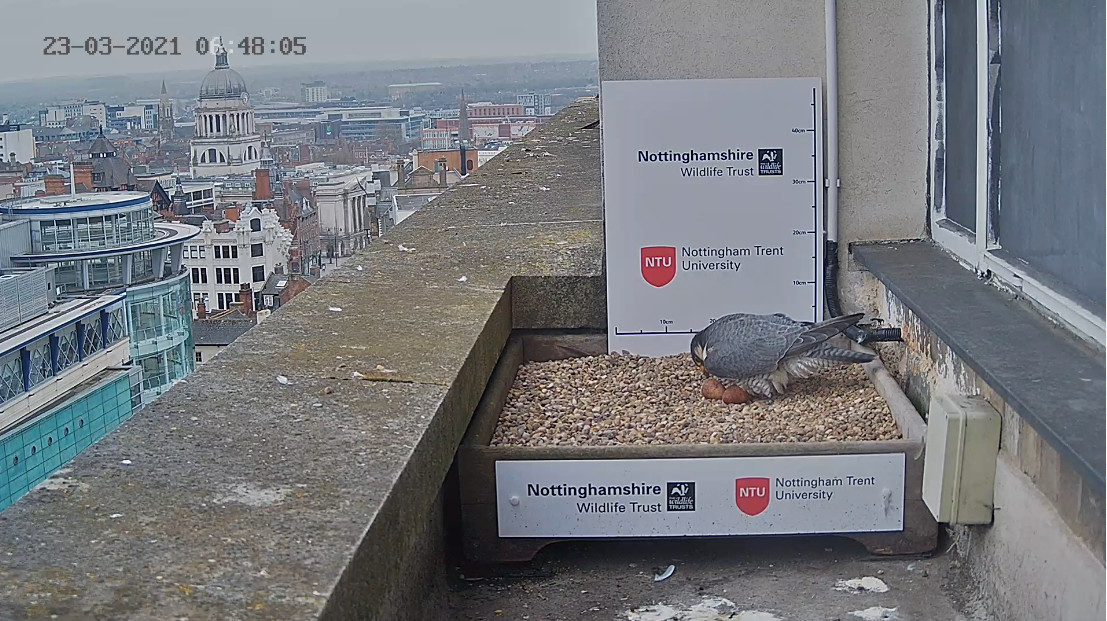 "I have some great news! Some of you will know already if you follow the Nottingham University Peregrines: P9 has been seen on the nest there today!!! We last saw P9 in August 2019 two months after she fledged and had not heard from her since. Look how gorgeous and healthy she's looking!
Time will tell if she'll stay there but the initial signs are good

Check this video: https://www.youtube.com/watch?v=L1oE60Lt9ts
P9 and the male there, Archie, are related since he is Flame's brother from a later brood. Interesting how two London birds have ended up in the same place.
Thank you Avril Croft for the photo." 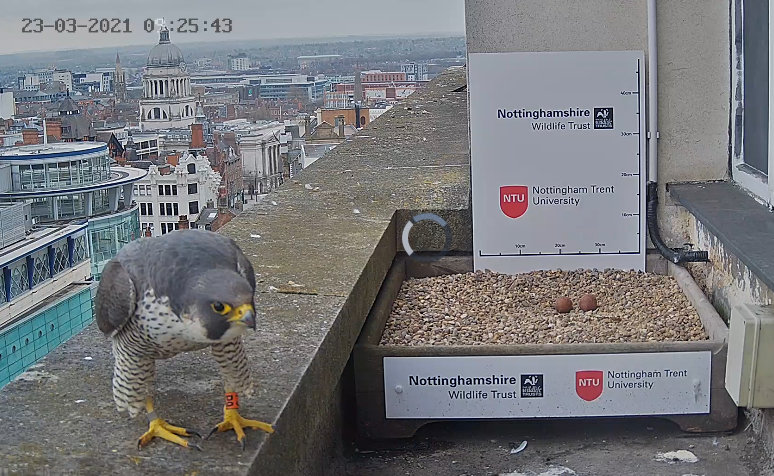 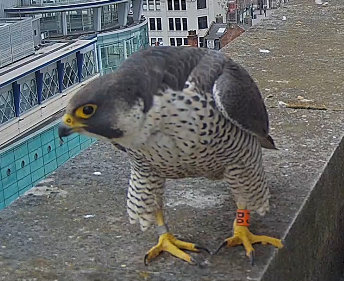 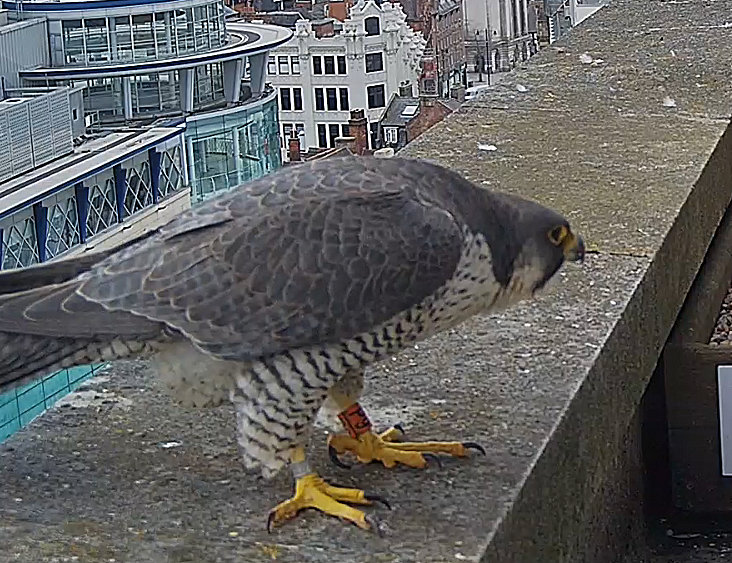 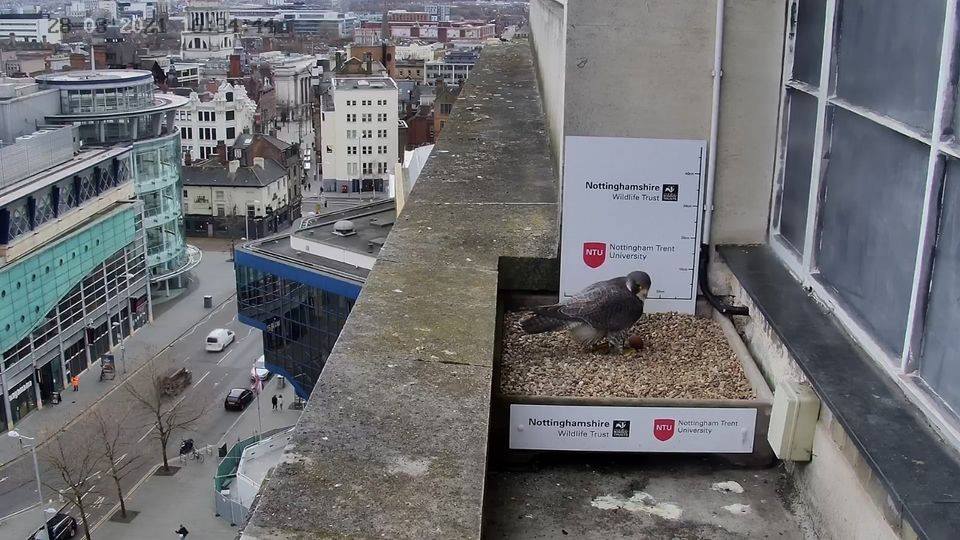 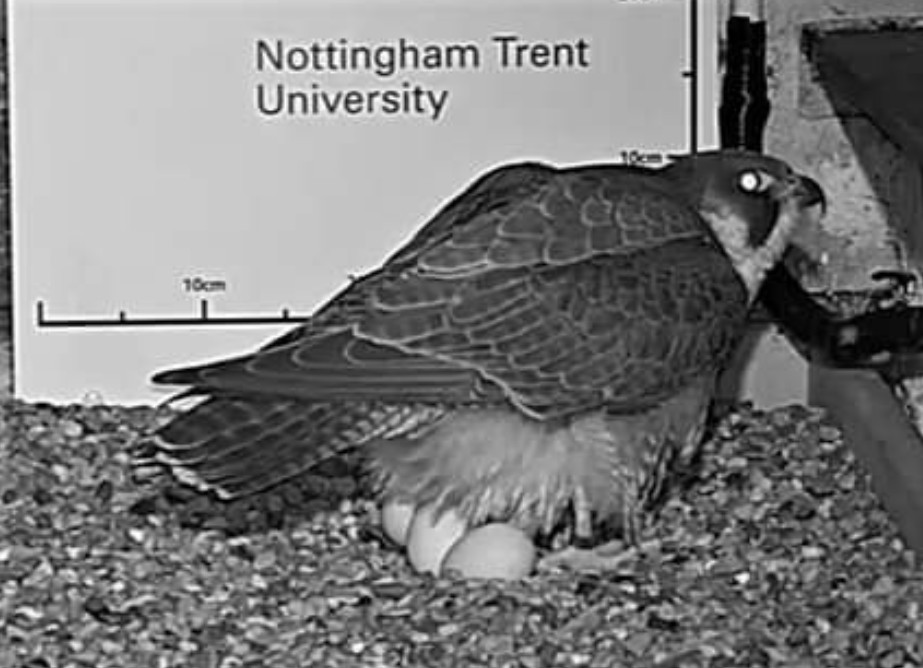