Falcon Wire News
1/7/2021 :: Update on 85/AK
With the current fluid situation on the 15th floor ledge, specifically the presence of the falcon banded 85/AK, some recent information has come to light which addresses the sex of this falcon. Originally banded on May 9, 2017, at 25-28 days old, this specific falcon was very large for its age. Because of this, the normal-sized band, a #6 with the suffix AH, for male falcons, was too small. Therefore, the bander had to use the next size up, a #7A with the suffix AK, which designates a female. This explains why this falcon carries a female-designated band. Video from the 15th floor shows 85/AK mating with 48/AE, the resident female. This provided banding information now explains how a falcon banded with a female suffix can mate with 48/AE. As Pennsylvania's Peregrine Falcon Coordinator Art McMorris indicates, "Sexing of nestlings is never a slam dunk. It's one-third science and two-thirds art."
Mating season occurs March through May, and peregrine falcons are generally considered monogamous. What this activity does indicate is that when the resident male, W/V, returns, things on the 15th floor could get interesting!
_________________
Het leven is soms veel te kort,geniet ervan en durf te leven! 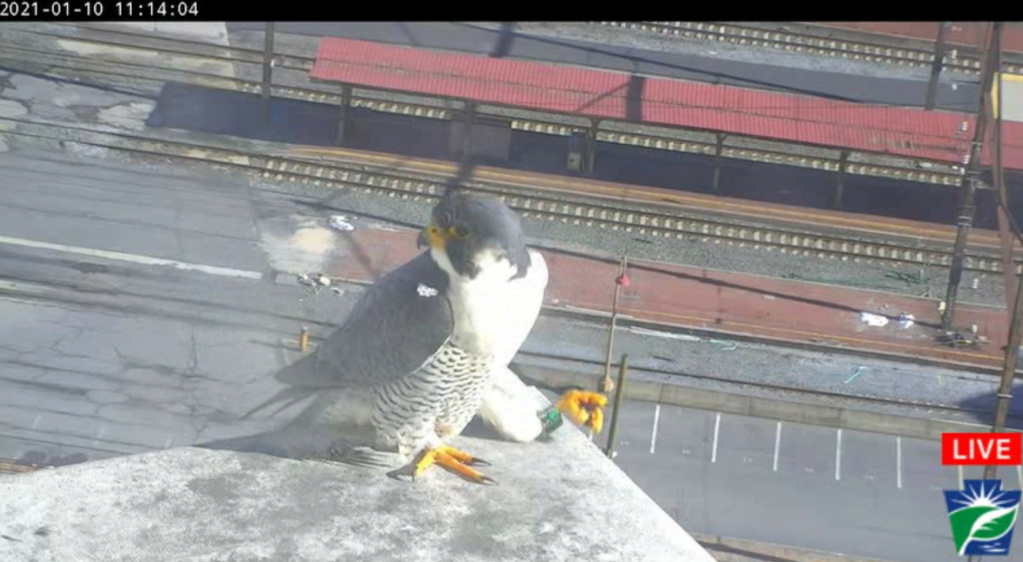 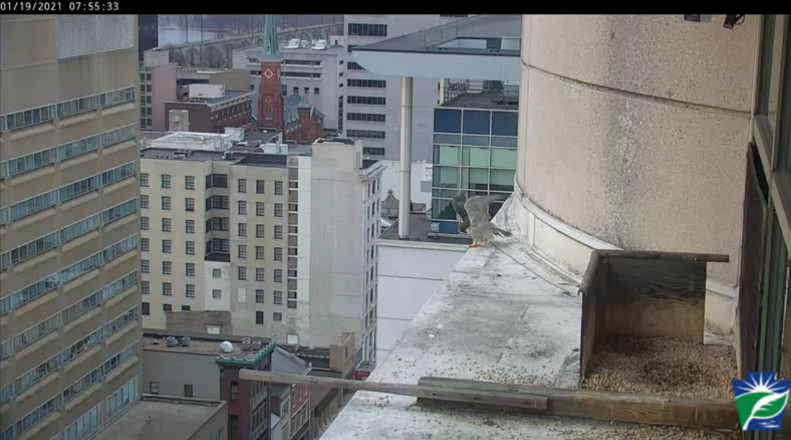 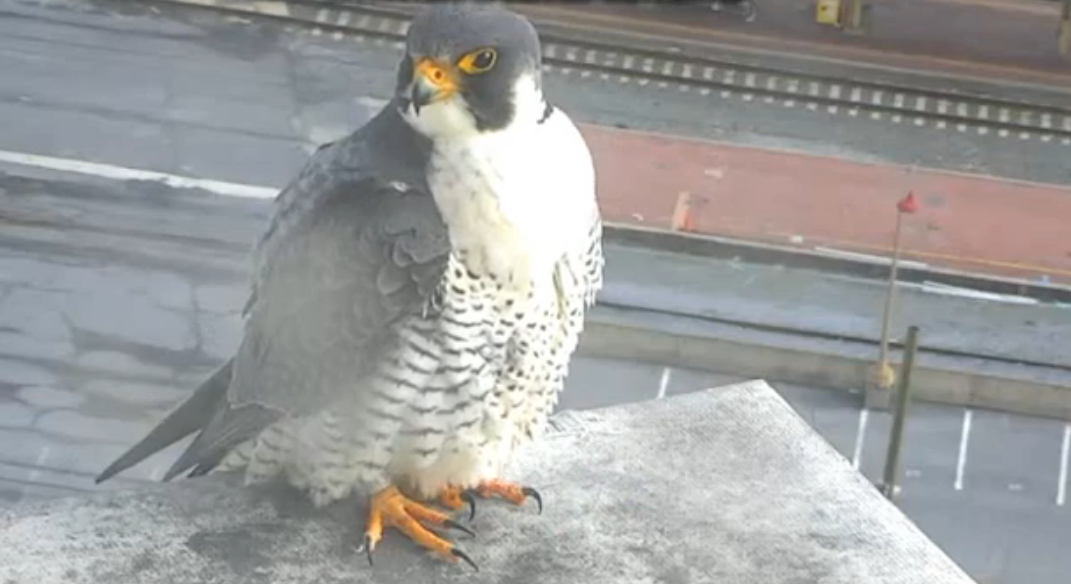 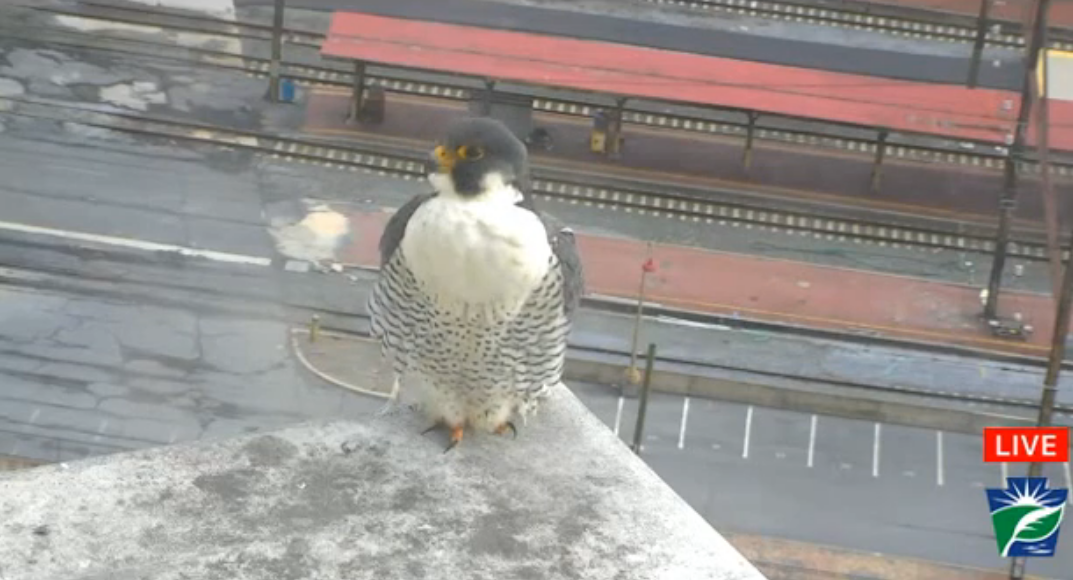 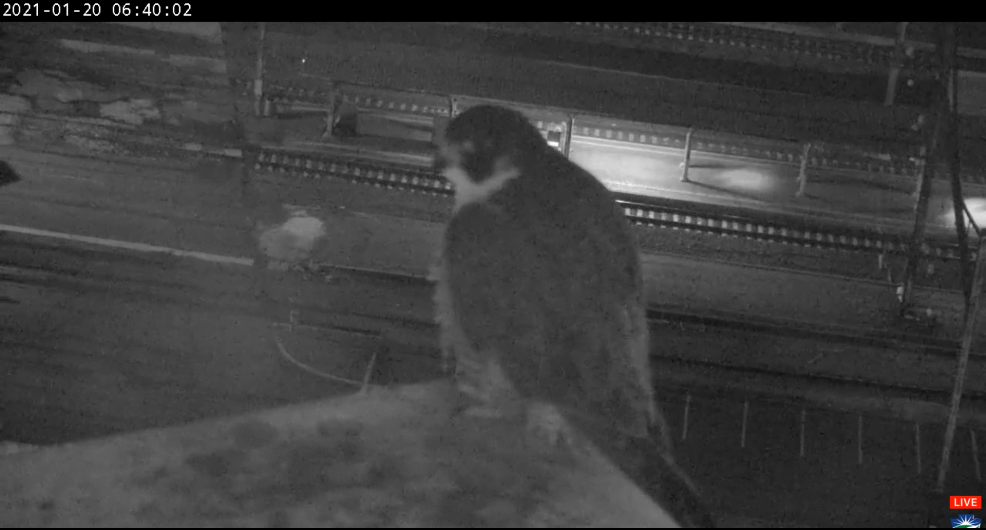 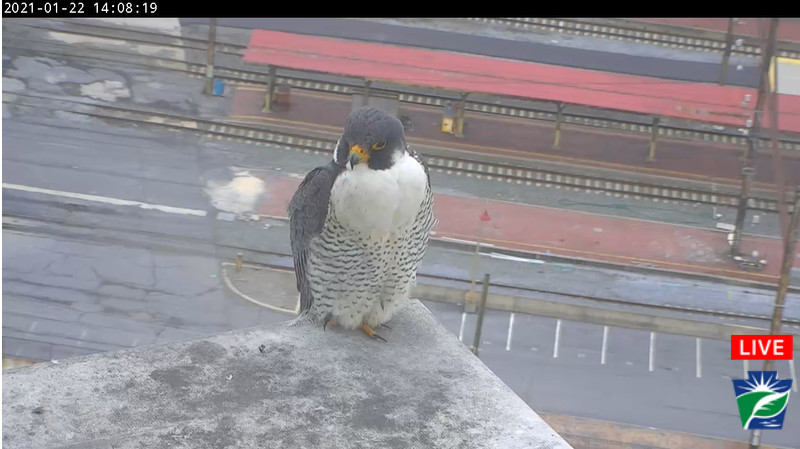 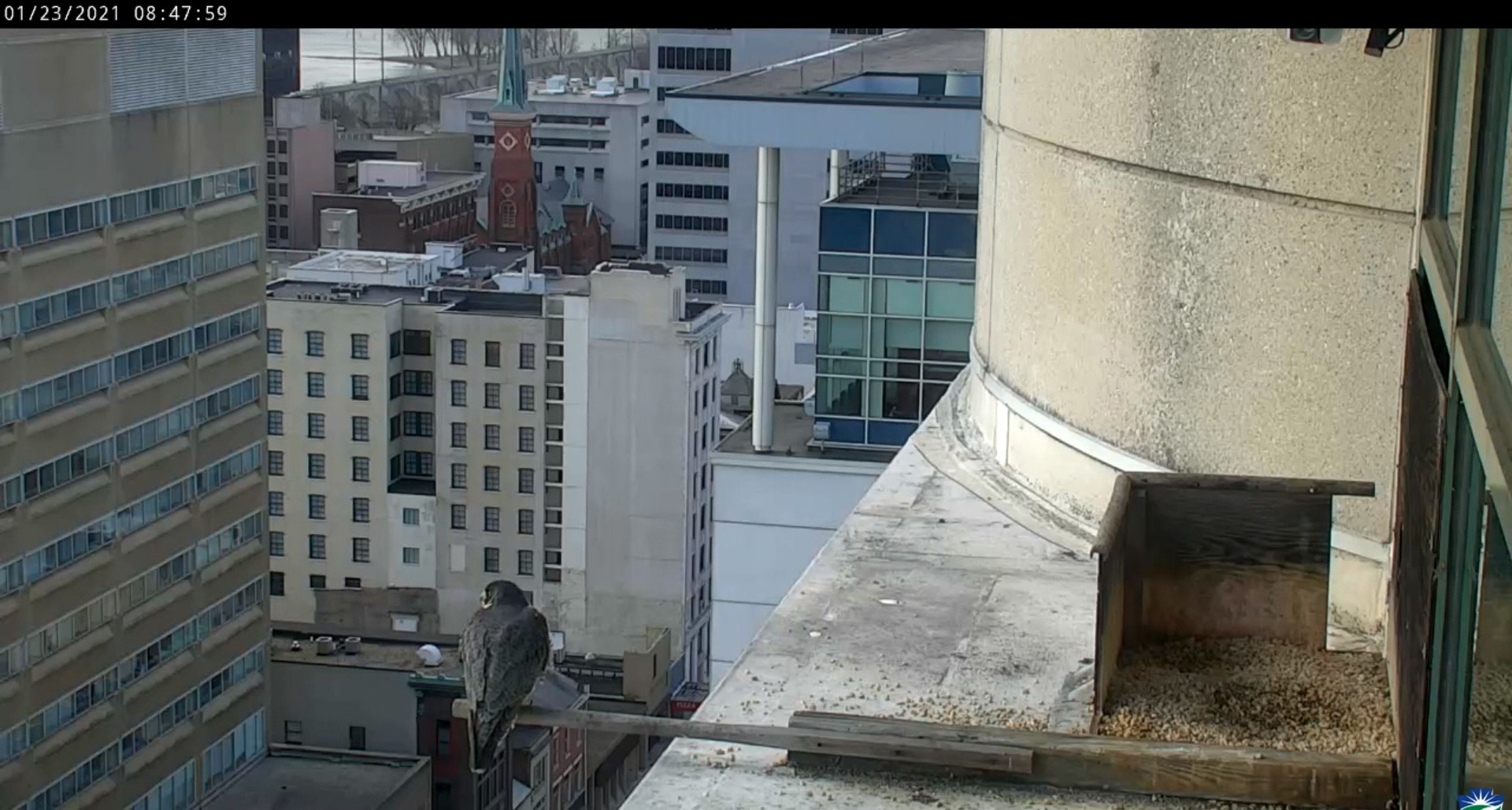 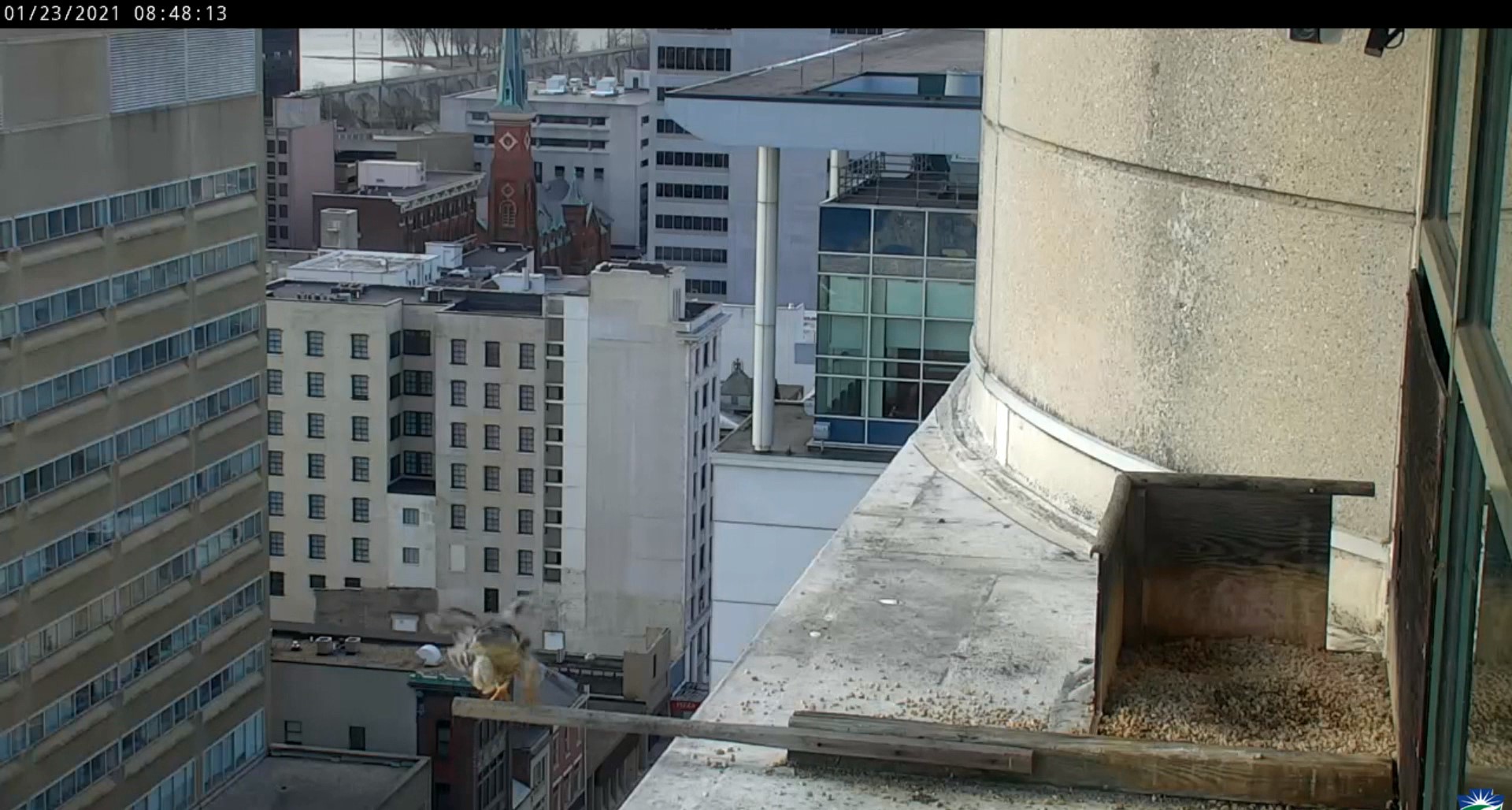 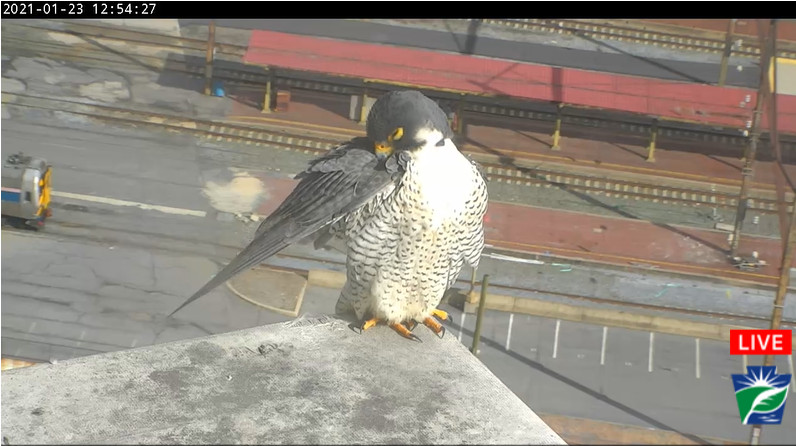 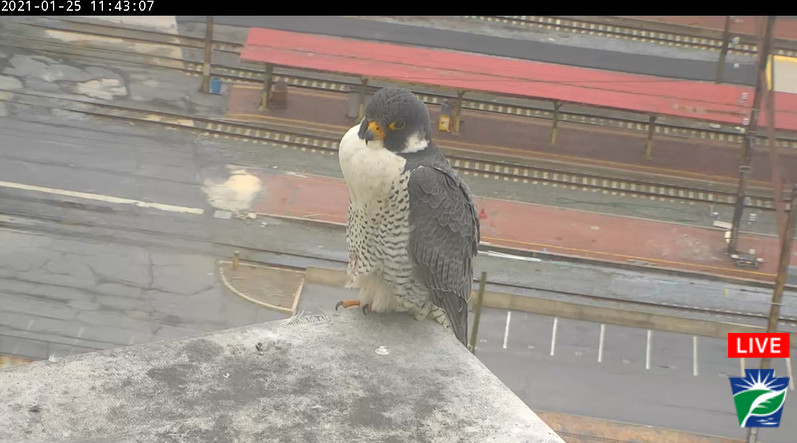