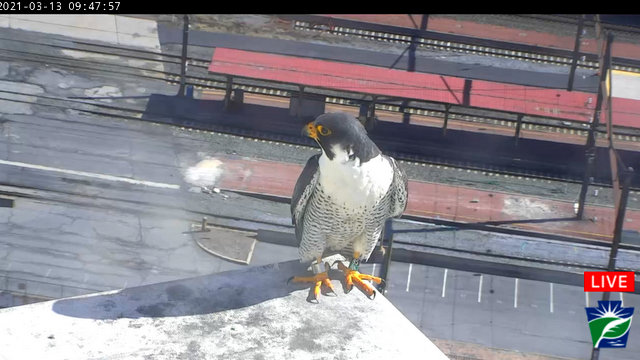 Falcon Wire News
3/13/2021
Update on W/V and 85/AK
Based on today's observations from the Falcon Watch and Rescue Crew, the tenure of W/V, the 18-year-old resident dominant male, appears to be coming to an end. These reports indicate that the interloping male, banded 85/AK, has been mating with the longtime female, 48/AE. To many followers of PA Falcon Cam, this is certainly sad news. Yet, it is important to understand that this is the natural progression and was inevitable. This is not to downplay the role W/V has played in the recovery of peregrine falcons within the Commonwealth. Over a period of 16 years, W/V sired 65 falcons, including the resident female who nests at the well-known location on the Brandywine Building in downtown Wilmington, DE. Hatched and originally banded in 2003 at the Walt Whitman Bridge in Philadelphia, W/V's longevity is also an amazing aspect of this falcon's life story!
This transition should be recognized as a positive development. 85/AK's arrival signifies the continuation of the most productive peregrine falcon nest site in Pennsylvania. Within a short period of time, eggs will be laid in the Rachel Carson State Office Building nest box and this nest site's productivity will continue.
_________________
Het leven is soms veel te kort,geniet ervan en durf te leven! 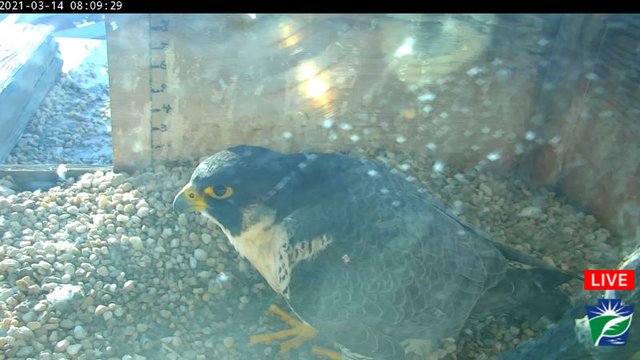 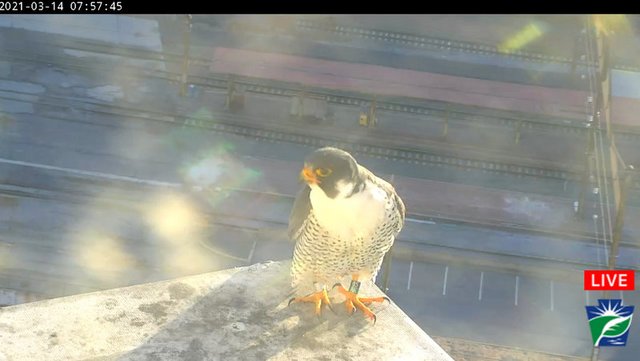 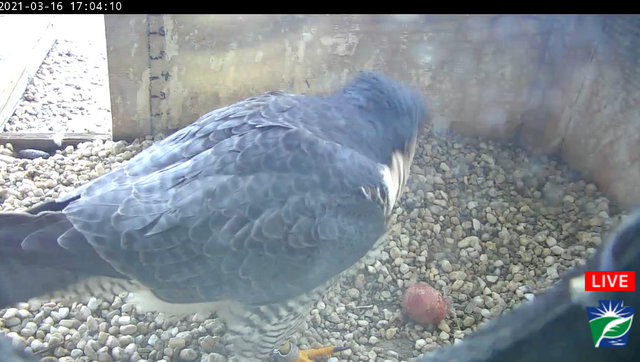 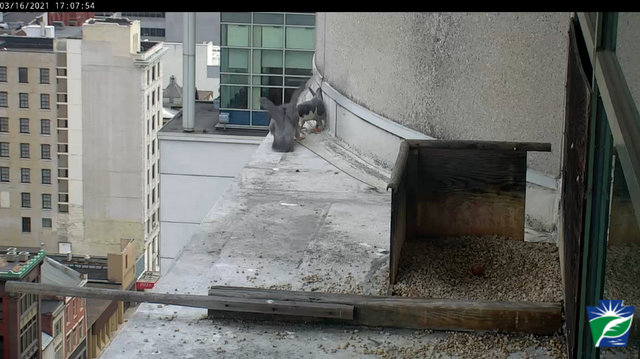 Falcon Wire News
3/19/2021 :: Tribute to W/V Continued
To conclude the tribute to the longtime resident male peregrine falcon banded W/V, the Falcon Program Coordinator with the PA Game Commission, Dr. Art McMorris, provided some additional reflections.
The territorial challenge between the three males at the RCSOB building in Harrisburg has now reached a conclusion, with the 18-year-old former resident male being displaced by a 4-year-old challenger, and an 11-year-old challenger losing out. During the winter of 2020-2021, the 4-year-old male 85/AK arrived at the nest ledge, joining the 11-year-old male 38/S who had been attempting to take over the territory for the last 4 years, while the long-time resident male W/V was absent from the site for several months, as has been his annual habit. W/V returned to the site on February 24, whereupon challenges between the three males apparently began, mostly unseen. On March 12, W/V collided with the Rachel Carson State Office Building and injured his left leg, and on March 15 he collided with another building and died. The collisions were almost certainly caused by territorial chases. During this period, the young 85/AK was seen copulating with the female, and the first egg arrived on March 15, the same day W/V died.
W/V had a good run: he lived to the age of 18, quite old for a wild peregrine; he bred successfully for 16 straight years, starting as a 2-year-old, and sired 54 young over that period. He quite possibly sired at least one of this year's impending brood as well. 85/AK, for his part, is a big strong falcon; he was able to displace W/V, which 38/S was unable to do after 4 years of trying, despite being 7 years younger than W/V. In fact, 85/AK is so big (for a male) that he was mistakenly sexed as a female when he was banded as a nestling. He has been bringing abundant food to the female.
Interestingly, all the falcons in question are Pennsylvania progeny. Dr. McMorris banded the breeding female, 48/AE, as a nestling at the PA/NJ Turnpike Delaware River Bridge in 2009; the unsuccessful interloper male 38/S was banded by PGC's Dan Brauning at a bridge in McElhattan PA in 2010; and W/V was banded by PGC's Matt Sharp at the Walt Whitman bridge in Philadelphia in 2003. And 85/AK is the is the son of a Pennsylvania bird, 09/AR Black/Green, a female that McMorris banded as a nestling at St. John the Baptist Church in Manayunk, Philadelphia, in 2013. 09/AR dispersed to Maryland where she nested starting in 2015, and she produced 85/AK in 2017.
_________________
Het leven is soms veel te kort,geniet ervan en durf te leven! 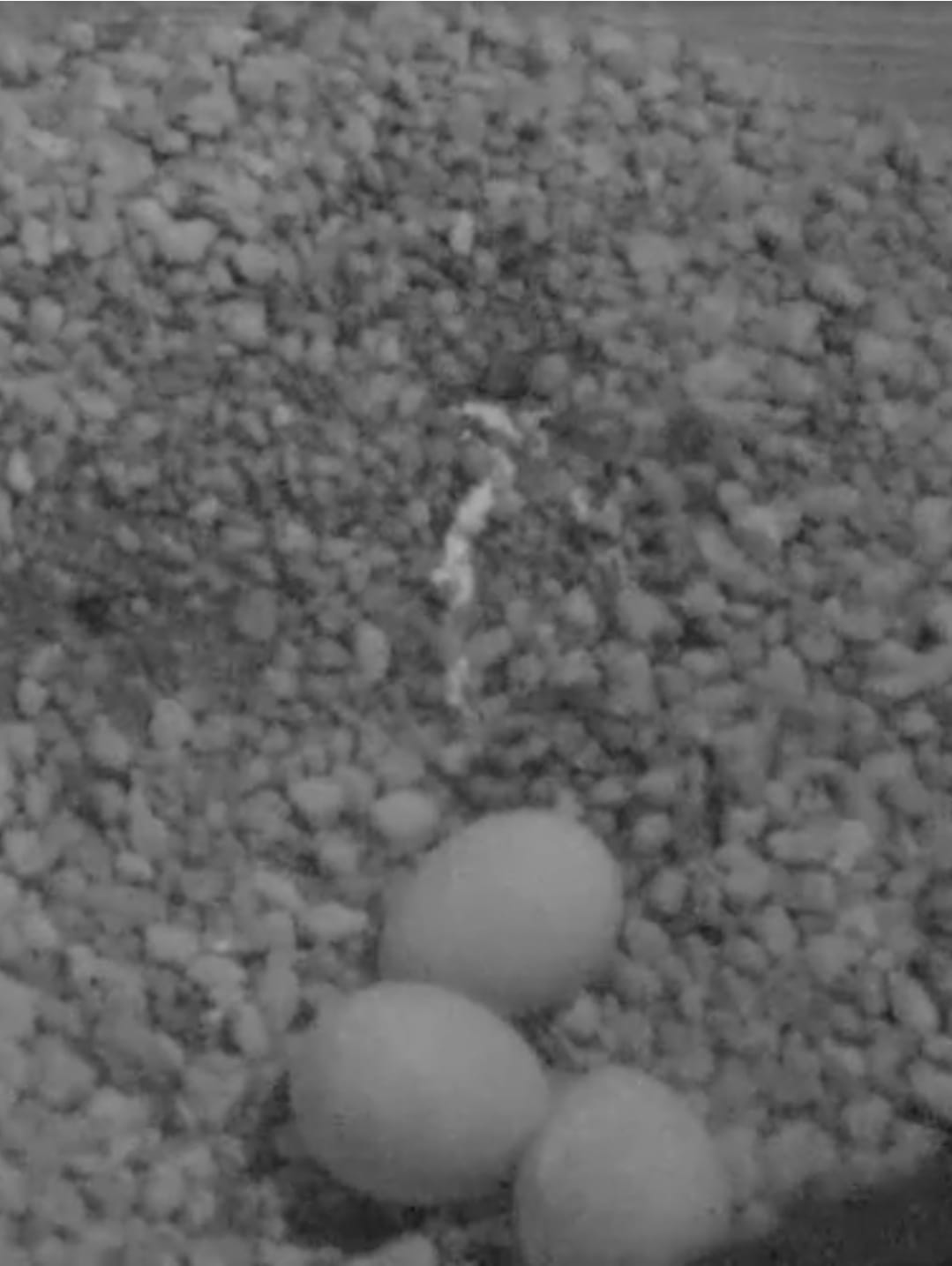 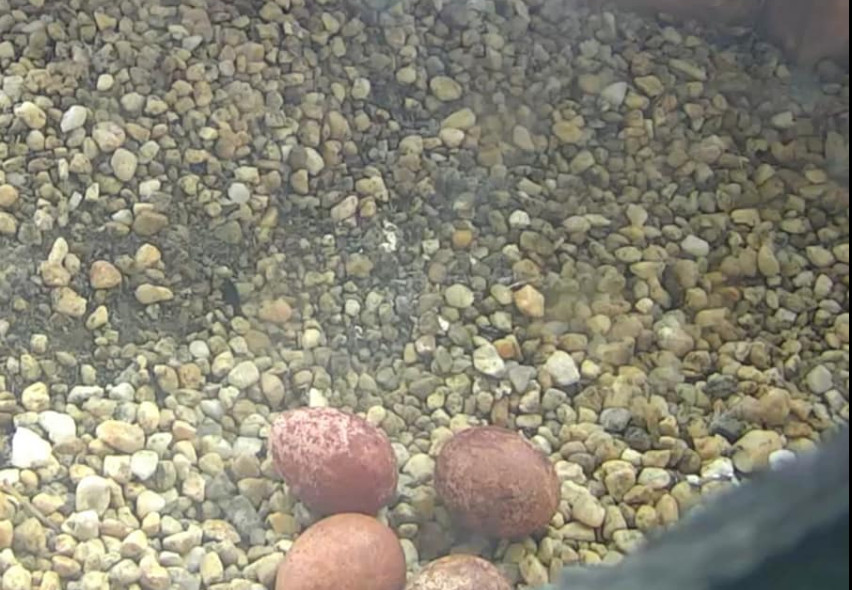 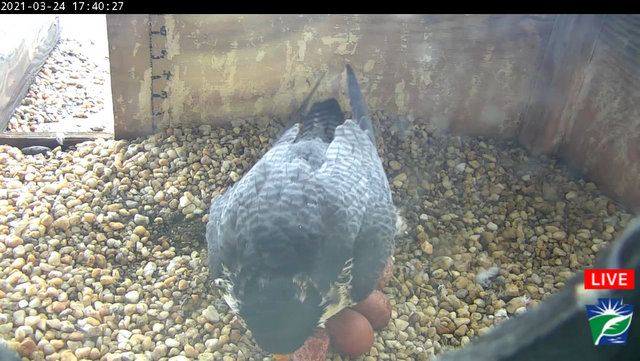 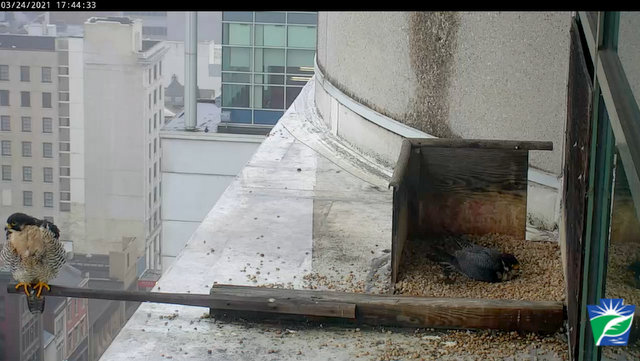 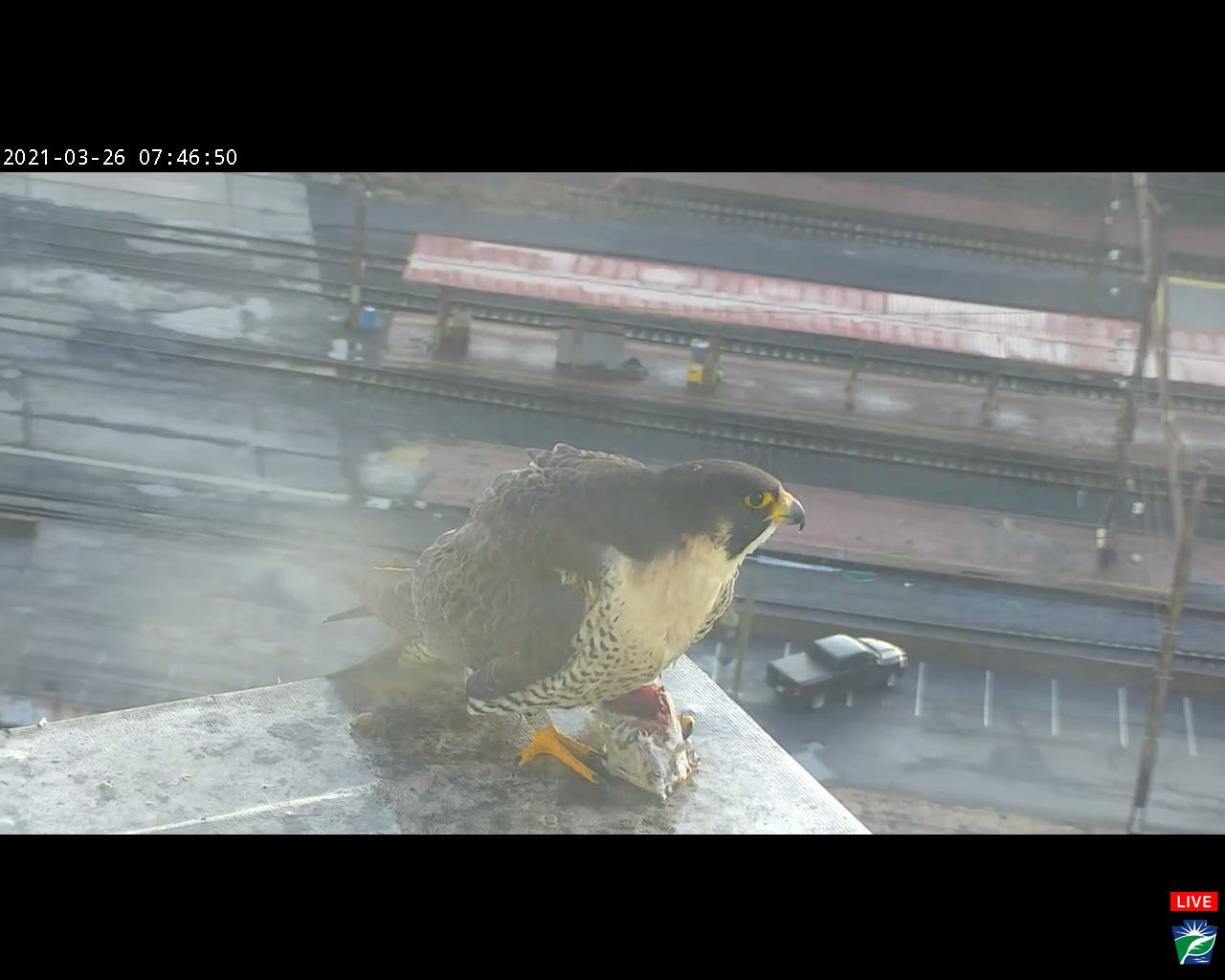 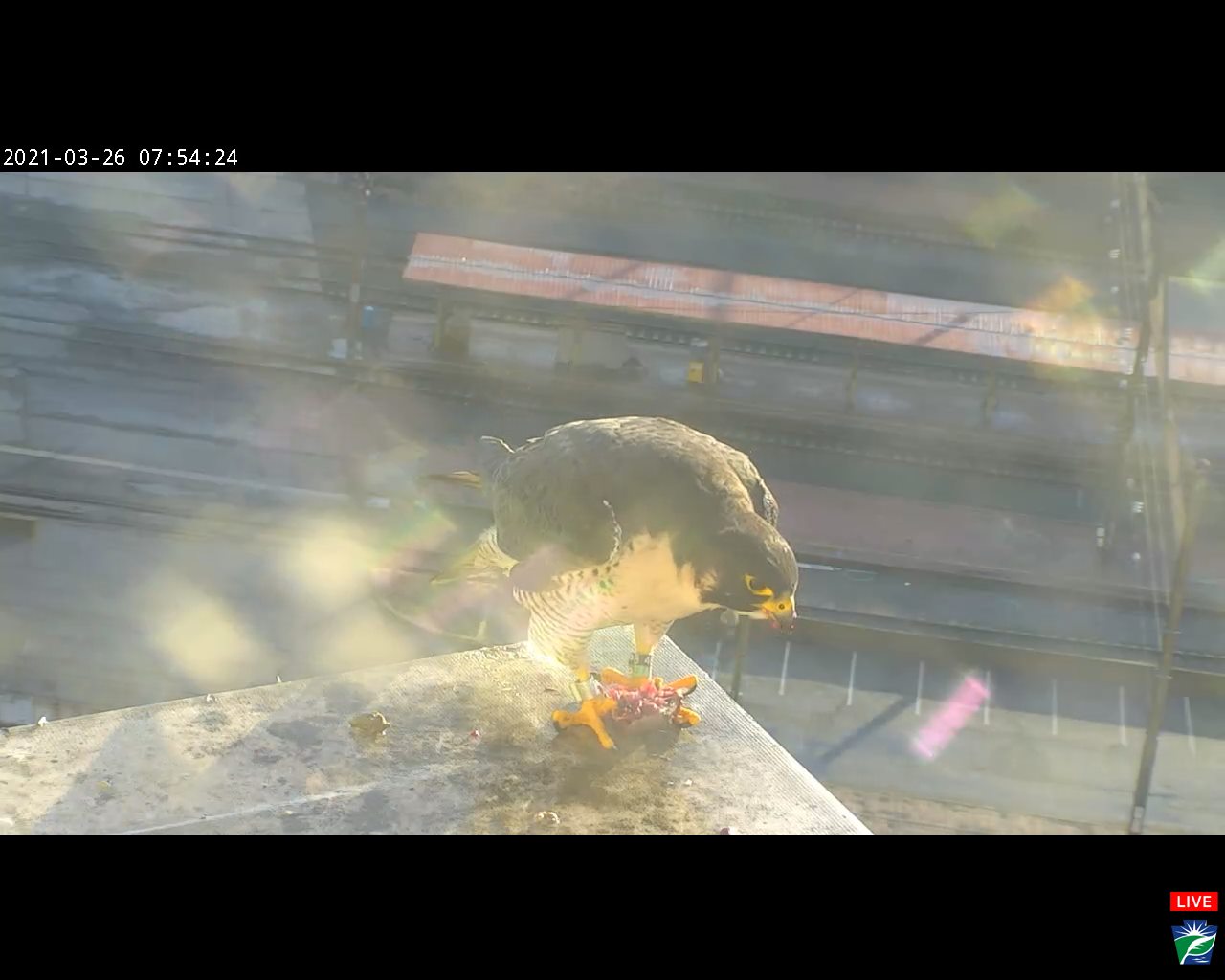 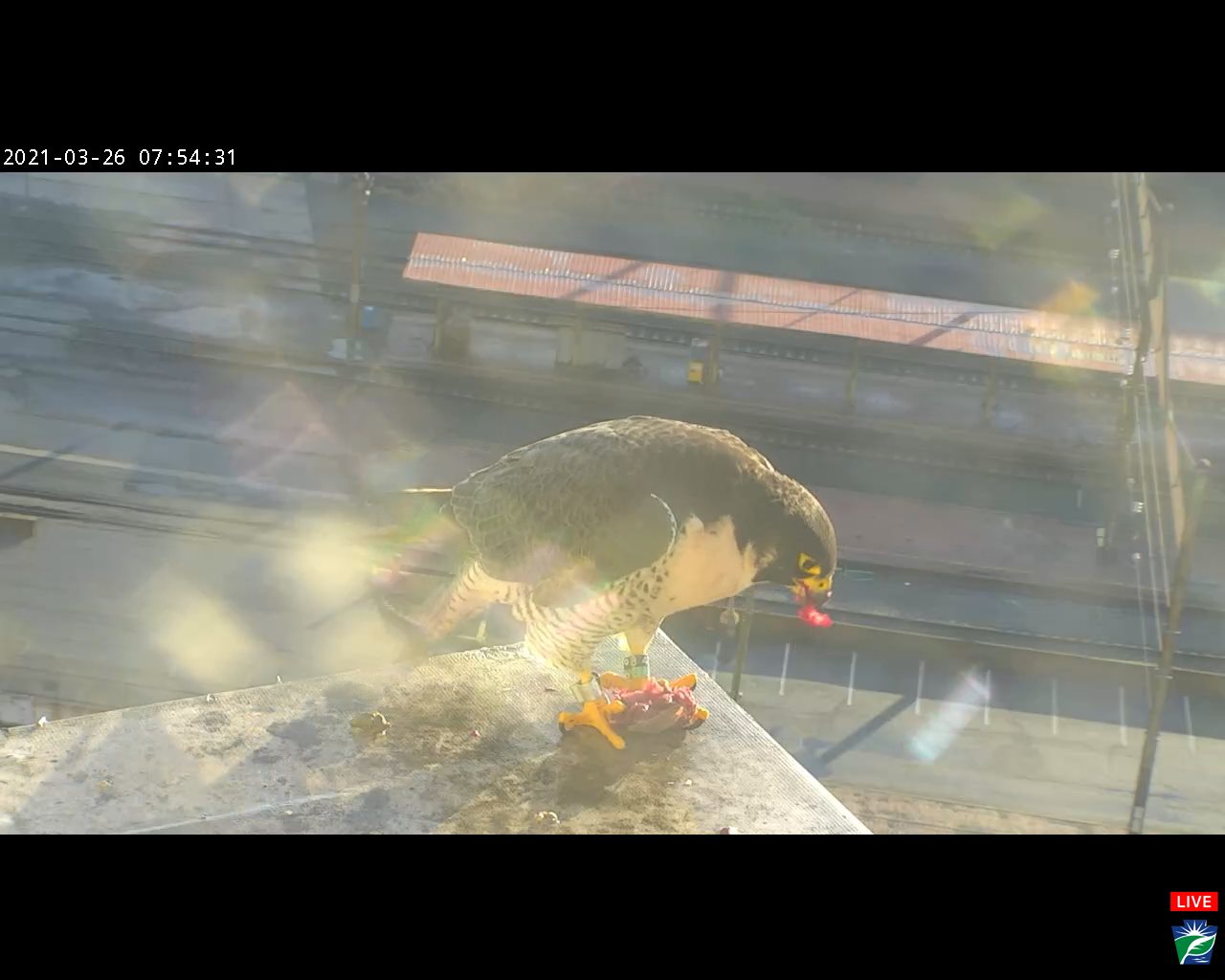 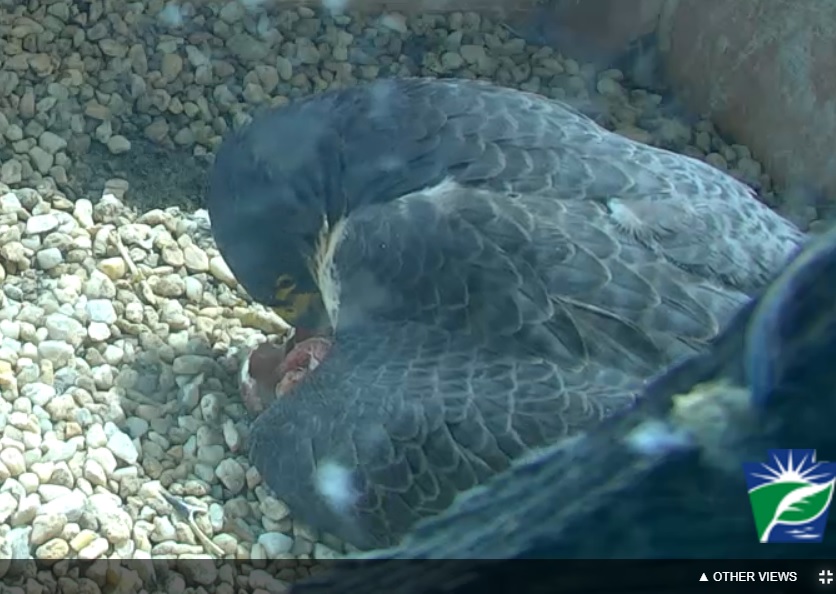 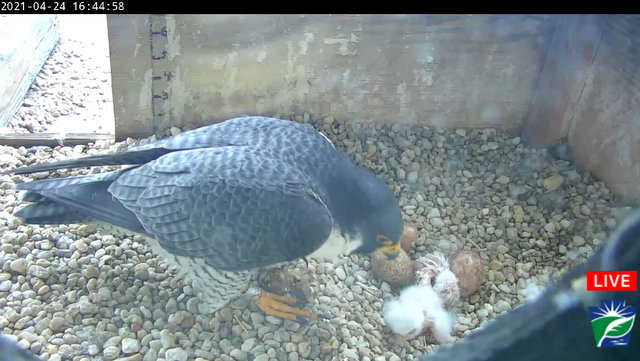 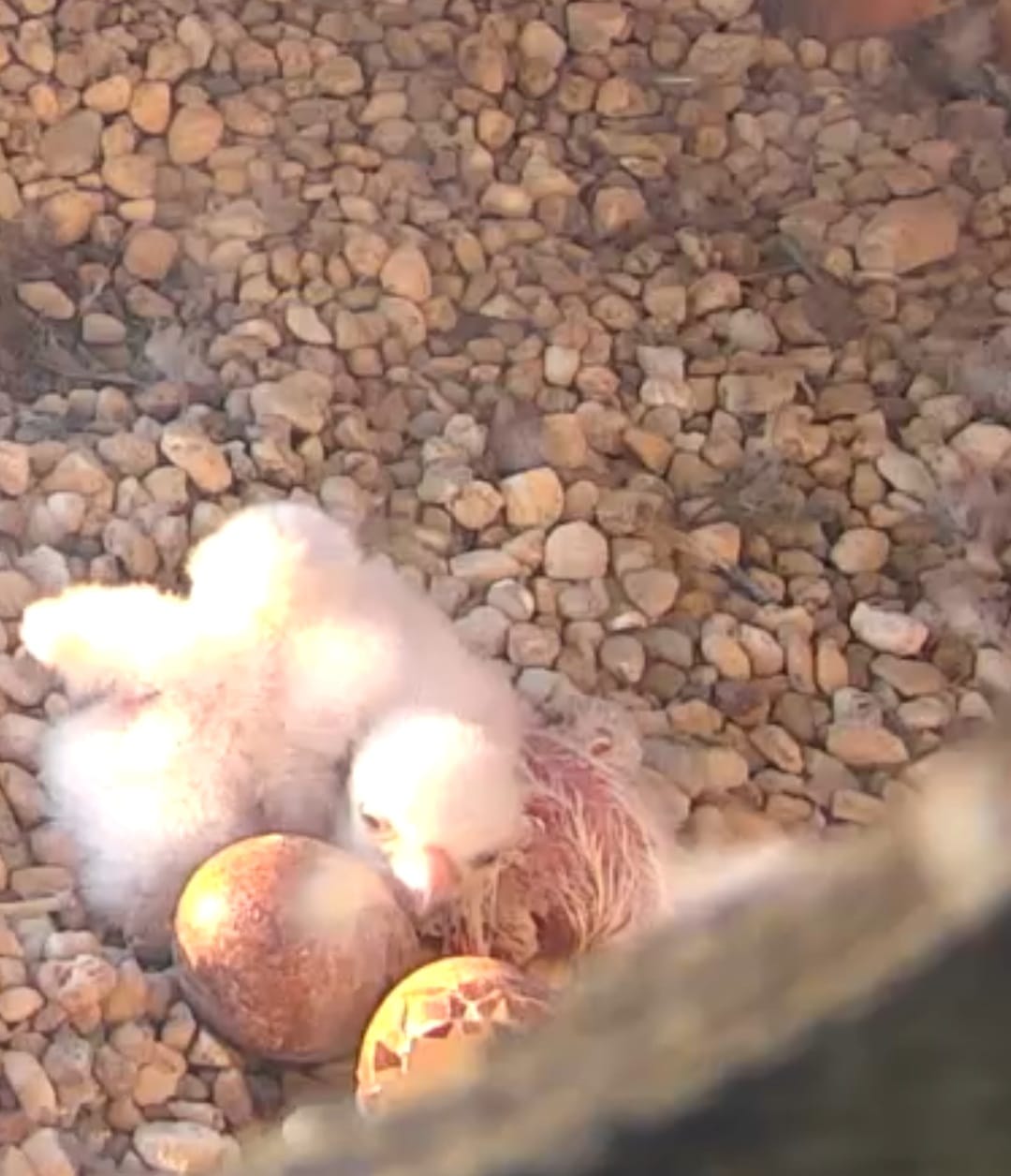 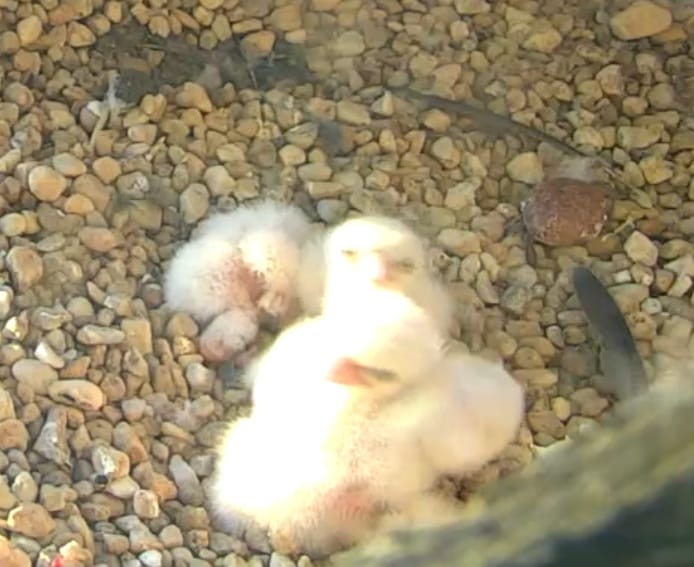 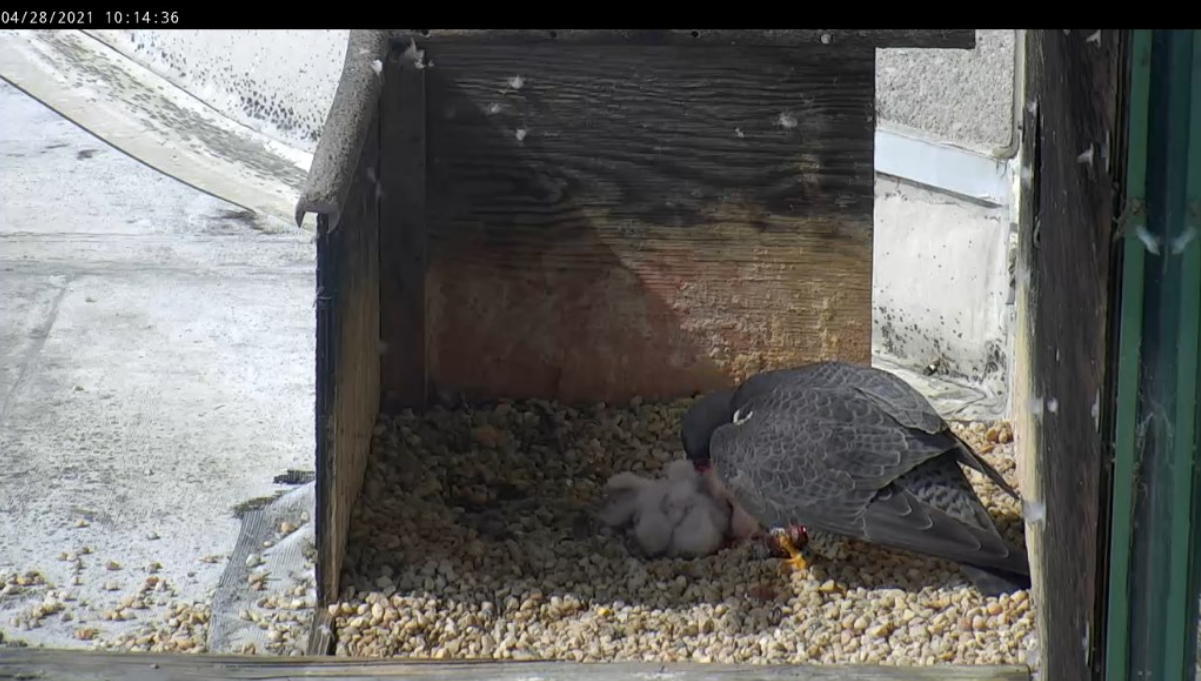