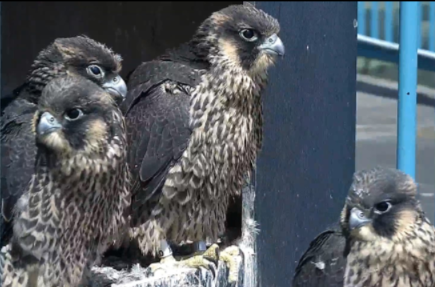 A post from Cilla Kinross on the Youtube cam chat: "Good news. Found Izzi alive, uninjured on nearby roof, having flown from a roof under the tower. Then flew into a hedge, from which he would be difficult to extract, so we left him there."
_________________
Het leven is soms veel te kort,geniet ervan en durf te leven! 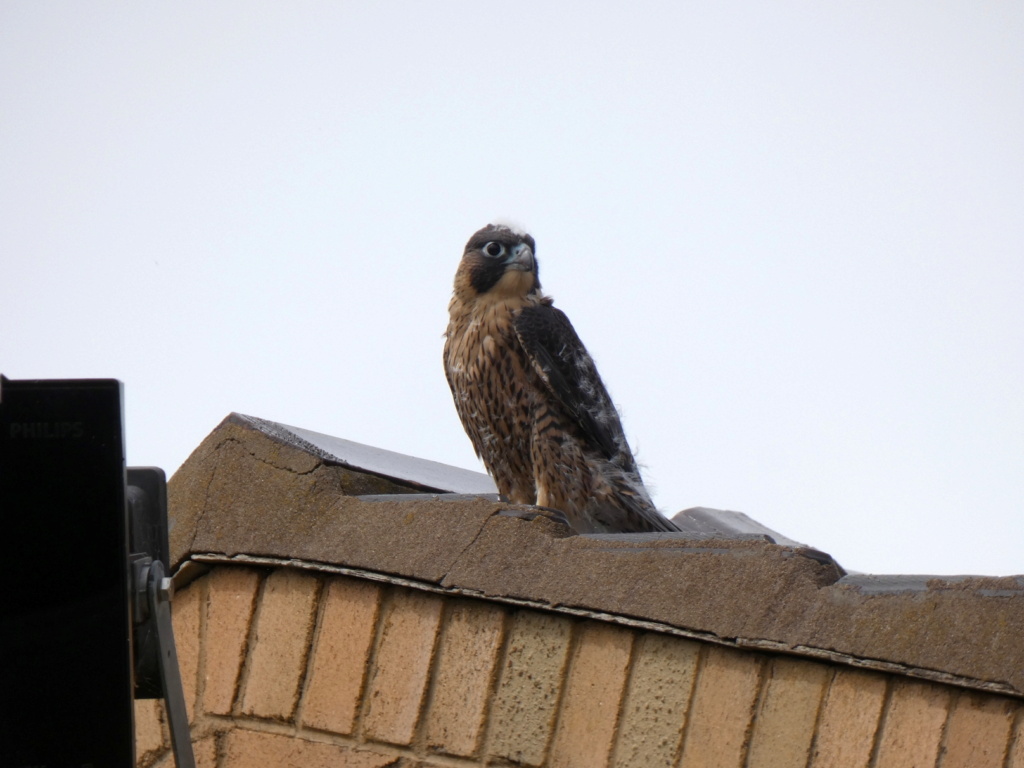 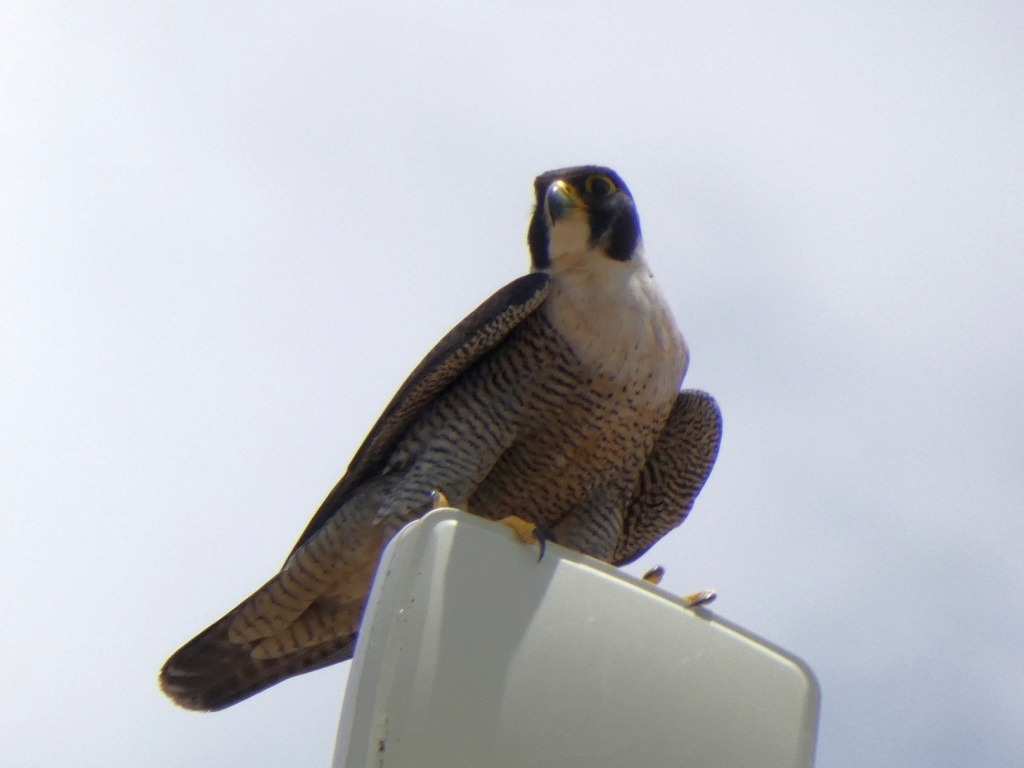 Izzi on ground near the main campus road prior to capture and relocation to the nest box. Photo's: Frank Oly 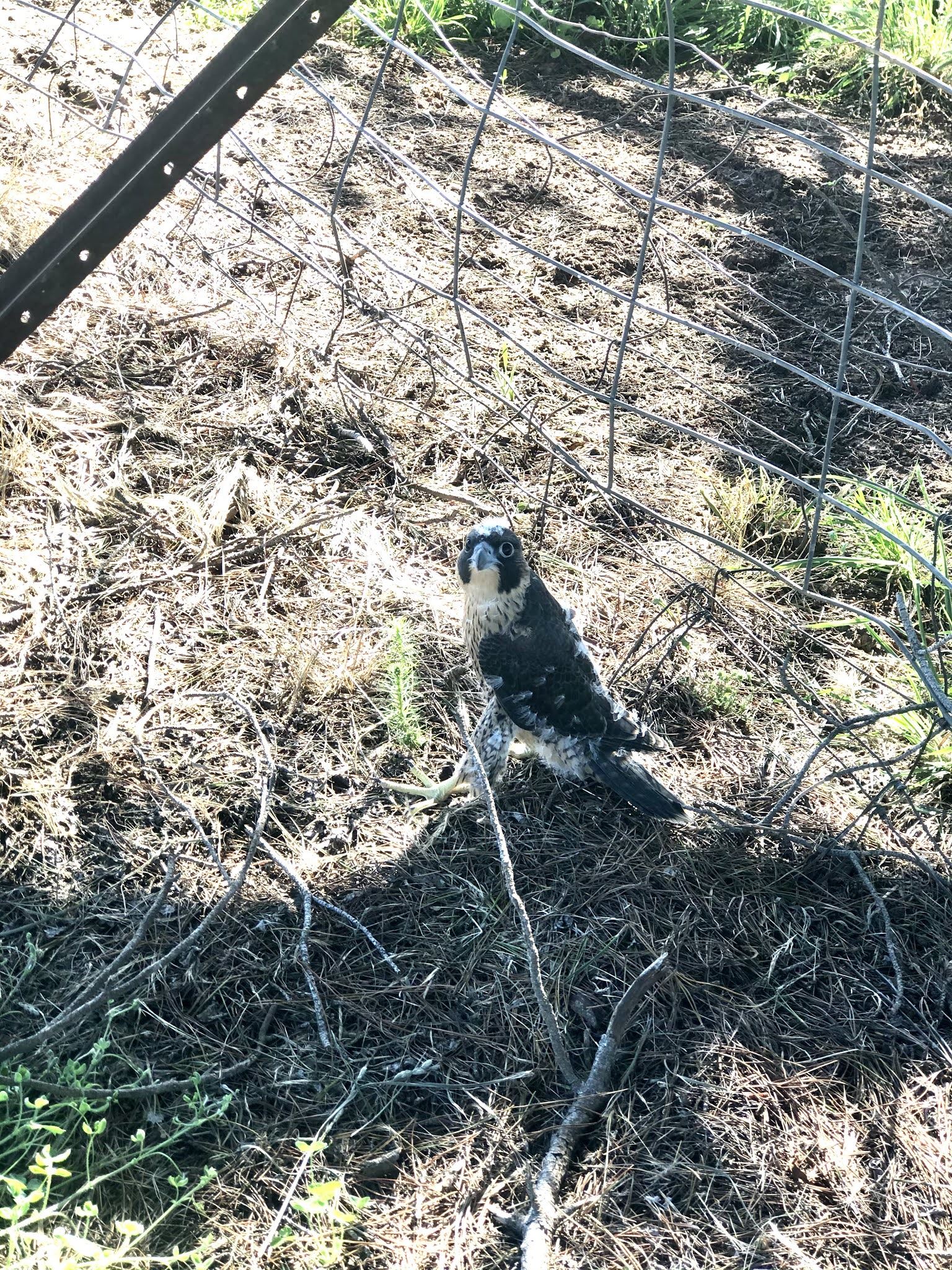 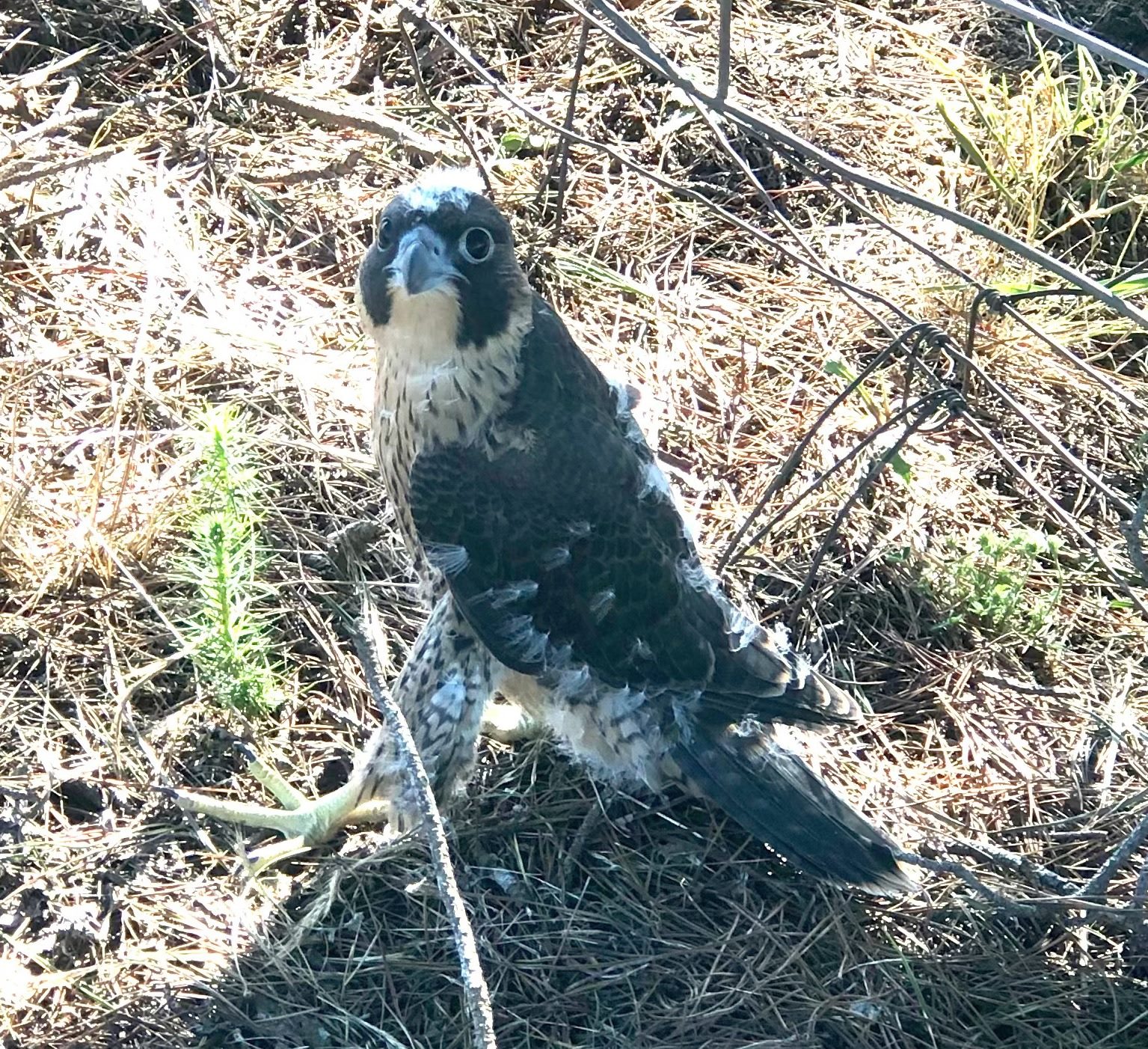 Message by Holly Parsons:
Izzi update from FalconCam Project staff. There was a report of Izzi colliding with a window, but without serious injury. Izzi was later found with no noticeable damage, but was struggling to take off. He has been taken to the vet.
Send all your love to Izzi!!

Orange
Message Cilla Kinross:
"NEWS... Izzi will have to spend the night at the vet. I'll find out how is after 9 am tomorrow morning. .Izzi had a successful fledge at 0809 h this morning. I watched him fly well over the far fields. Unfortunately he came back and hit a window. I have examined his wings and couldn't find a break, but he didn't seem to be able to fly, so he is now at the vet. I should find out about him later tonight or tomorrow morning."
_________________
Het leven is soms veel te kort,geniet ervan en durf te leven!

Cilla Kinross: "Diamond in box while I was looking fot Izzi and Xavier in the tree where I suspect he spends the night most nights" 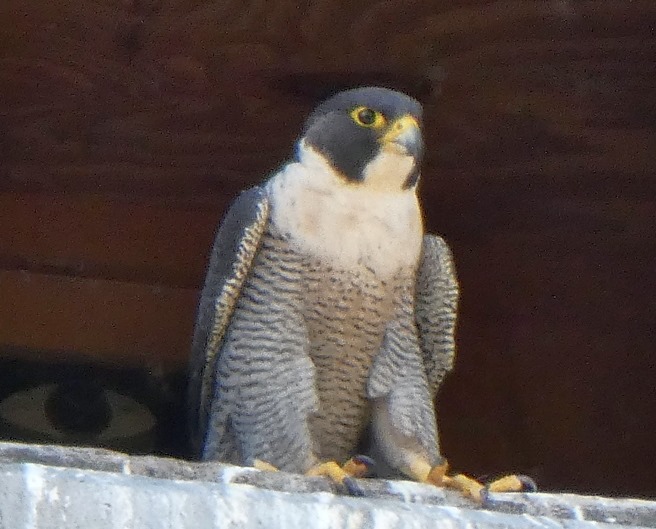 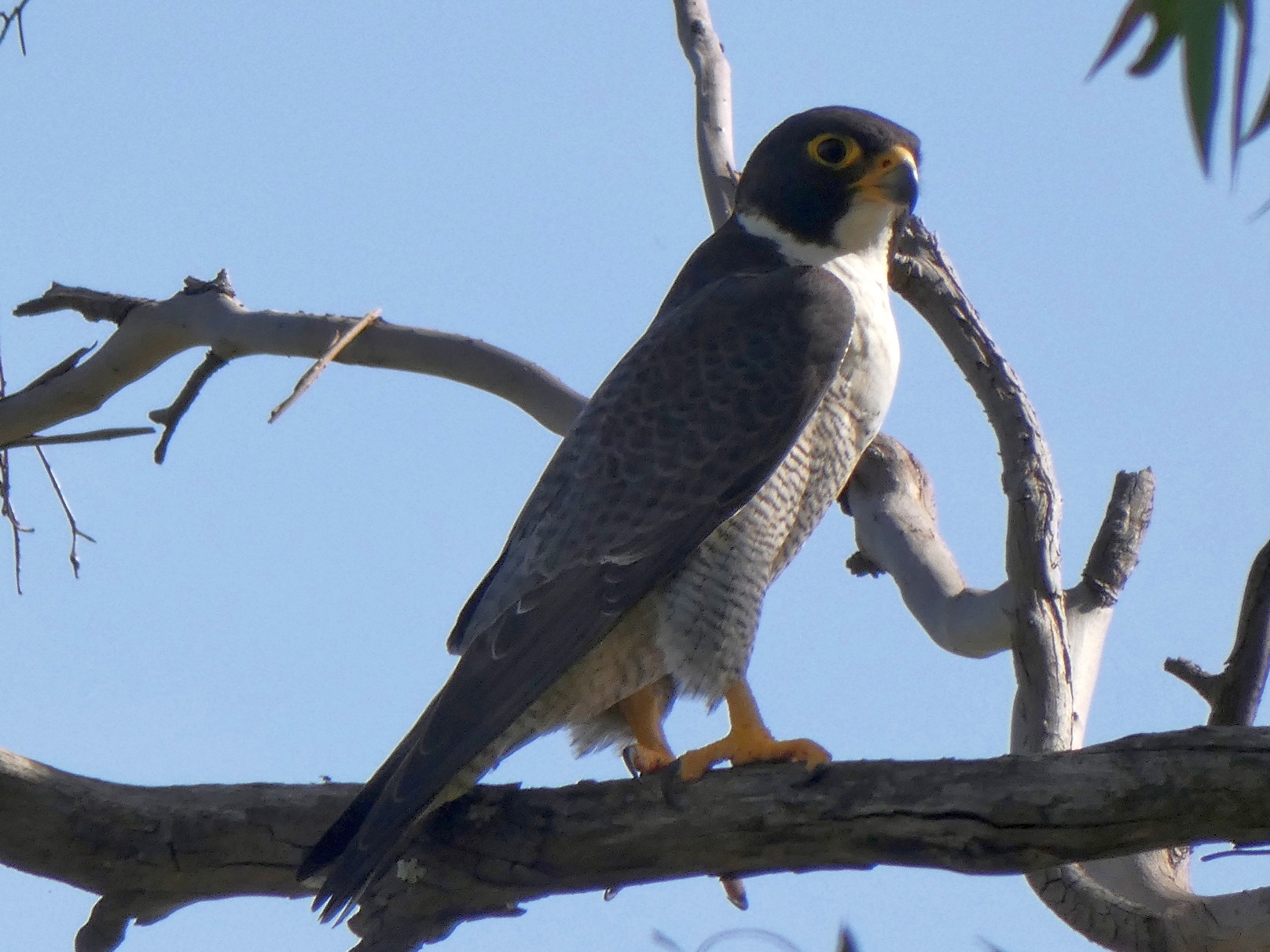 Cilla Kinross: "Izzi post window collision. I tried to get him to fly, but he didn't manage, so I caught him and took him to vet (after examining him for broken wing, which was not evident)." 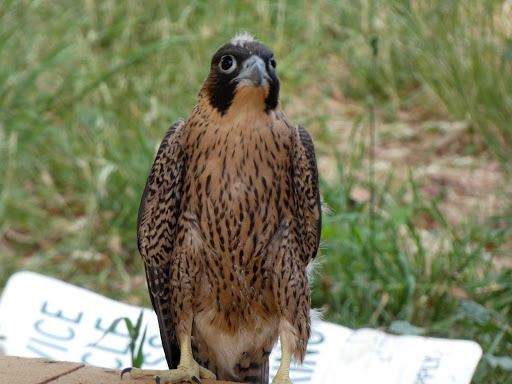 Orange NEWS...
Update 0950 20 Nov
Izzi is now with a raptor carer in Young. She agrees that the wing does not appear to be broken, but has arranged for an X ray today at 4.30 pm. The vet thought there was a 'weakness' on one side and the wings are not exactly symmetrical. She is concerned that there might be an injury between the shoulders (coracoid, I understand) which is not determined by physical examination alone. Izzi has been fed (chicken heart) and hydrated and is now alone in an aviary and has not attempted to fly. I will update again this evening when I will no more. If okay and flying, the carer recommends return to the nest within a week for a successful release, so the sooner the better.
_________________
Het leven is soms veel te kort,geniet ervan en durf te leven!

Izzi update from Cilla Kinross:
"Update 8 15 pm 20 Nov - Izzi is in care at Young (about 2 hours drive away). He is in an aviary and eating well (quail, mice and chicken hearts). His X ray was clear. No fractures, but he still can't fly and they think he is slightly underweight, possibly with a..." parasitic disease Trichomonas gallinae [corrected text] "although not showing obvious symptoms. But as a precaution, he is going to be treated for that and fed well so his chest muscles build up a bit for five days. He is hungry and taking food easily and will get feathered food as well. After that, assuming he can fly, he will be returned to the nest. I have made enquiries and young peregrines have been returned to the nest up to three weeks after fledging and there have been no problems with being accepted back."
Clarification: The possible disease, Trichomonas gallinae, is also known as "frounce"; it is treatable with antibiotics. But note that this diagnosis isn't confirmed.
_________________
Het leven is soms veel te kort,geniet ervan en durf te leven!

Izzi says hello from his holiday home in Young.
Somewhat better news on the Izzi front. X ray shows no fractures. But will be held in care for five days as a precaution. 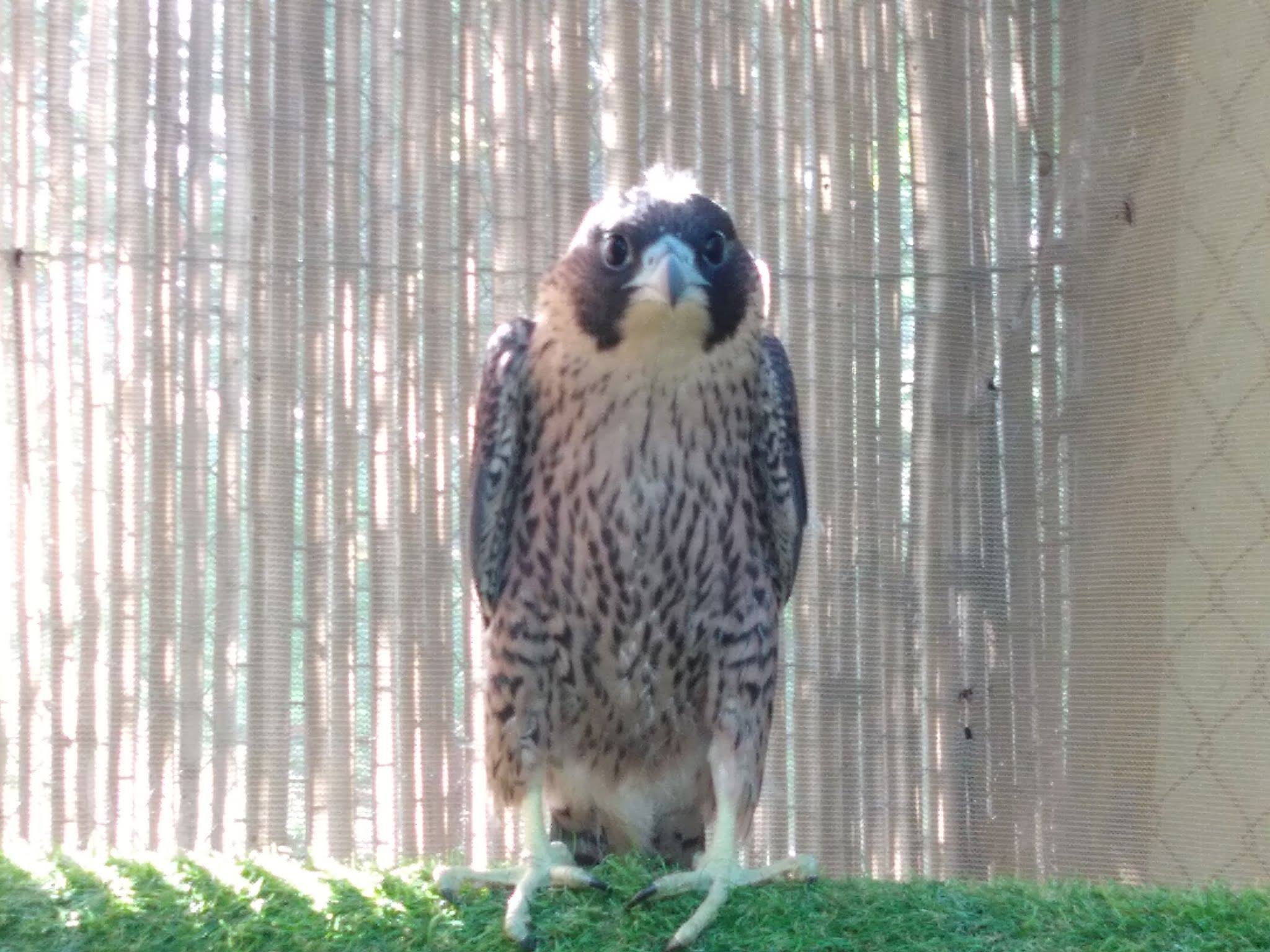 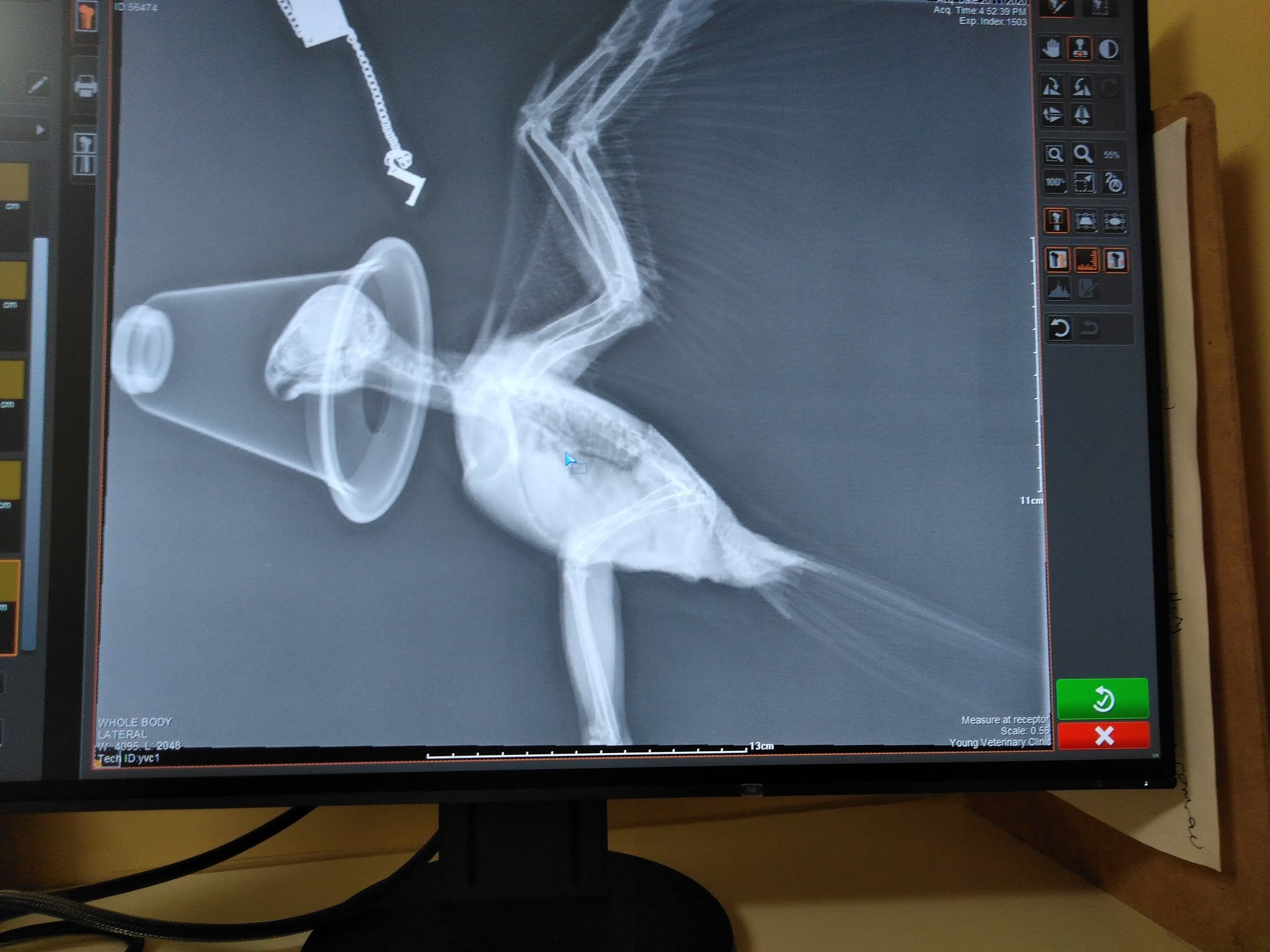 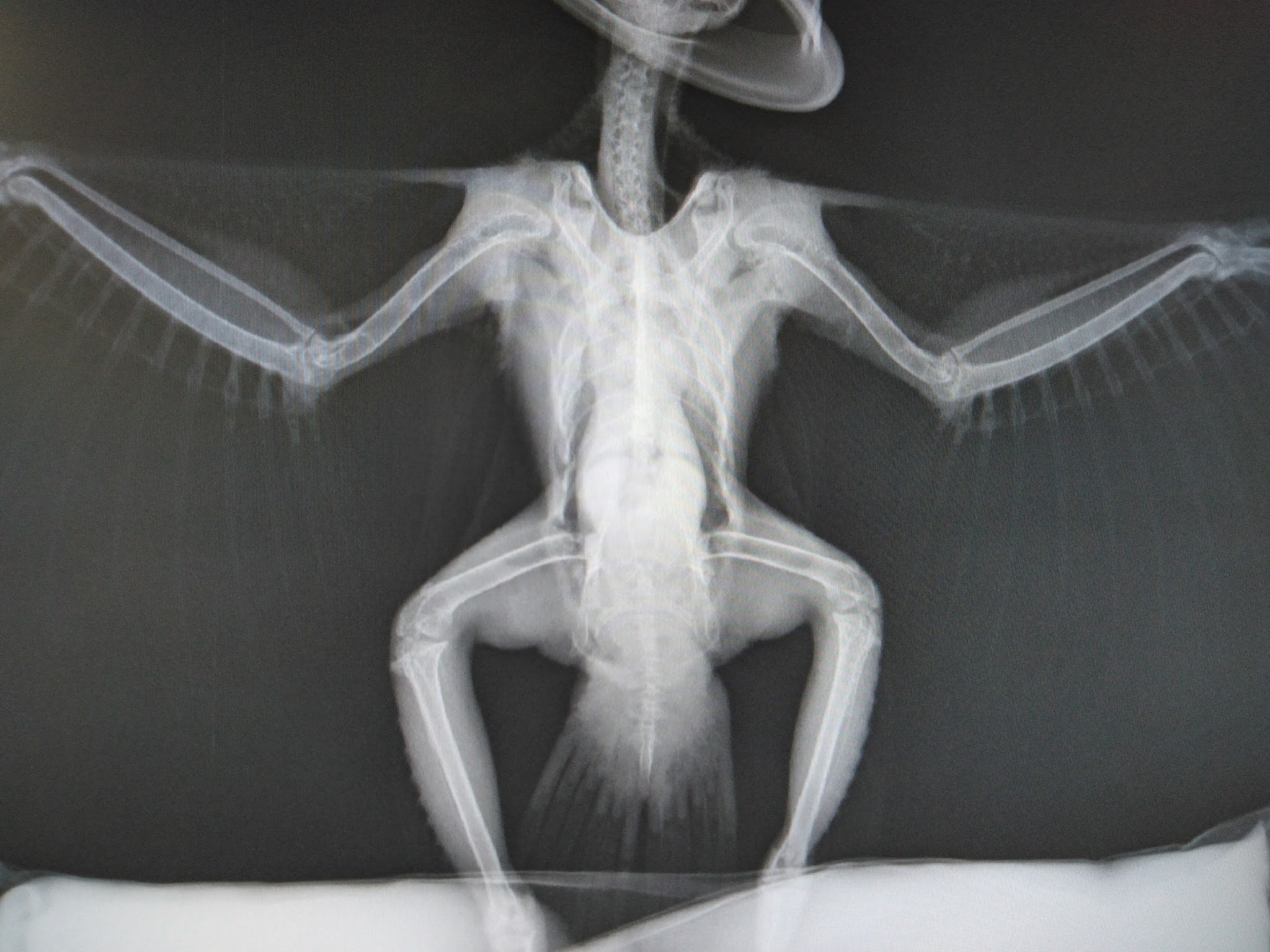 Cilla Kinross: Izzi in recovery aviary. Coming home tomorrow. Suitcase packed with mouse.
NEWS...Update 2030 h 23/11/2020. Izzi has been flying well and straight in the aviary. He has a bruise on his cere (from the window collision), and has had anti-inflammatory medicine. There is no evidence of frounce (the name for trichomoniasis in raptors), but he has had antibiotics as a precaution and he has gained weight. I will be collecting him from a town between here and Young tomorrow morning and hope to have him up the 120 steps plus ladder to his box by lunchtime. As the parents are using the box regularly, I'm hoping they will find him quickly, but I'll probably leave him some food anyway. I don't think the parents will reject him as we are well within the limit, but of course, there are no guarantees, nor that he will have a successful fledge, but let's hope: third time lucky. Many thanks to Leah of WIRES for her huge contribution to Izzi's welfare. 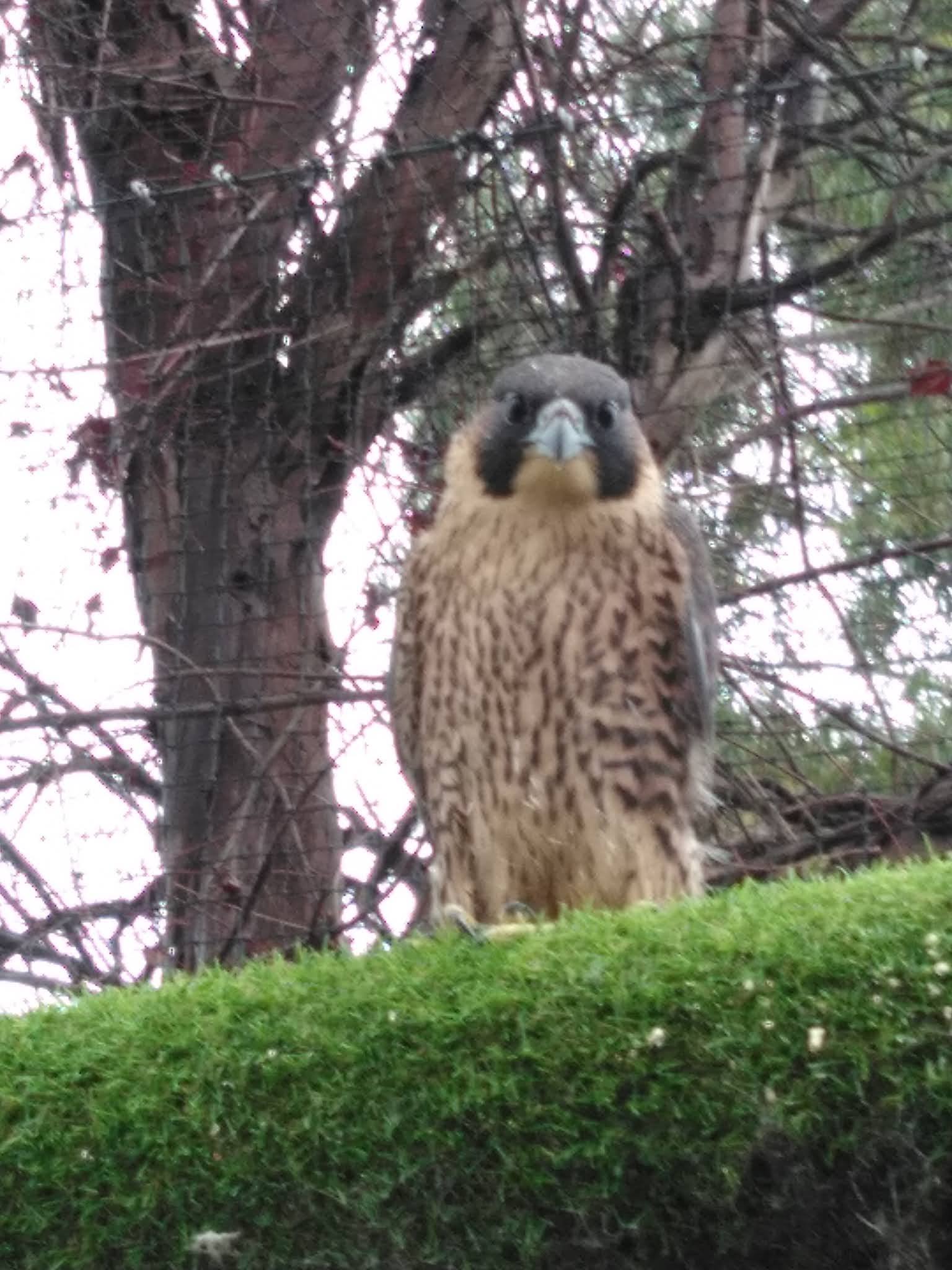