Mayo clinic. Facebook Midwest Peregrine Society.
Return to Rochester's skies!
Of course, the best laid plans had a few bumps in the road today. We had hoped to do a live feed of state coordinator Jackie Fallon returning "Orton", the breeding male at the Mayo Clinic to his territory, but we ran into a few technology problems.
That said, we do have some photos to share with you from the morning. Jackie picked up Orton from the Raptor Center in Saint Paul, healthy as ever and fully recovered from his injury which was most likely caused from colliding with a building. For a variety of reasons, we made the decision to transport him for the next 2 hour drive back to Rochester on a perch and then sitting on her fist while Jackie was driven down to the renowned Clinic.
While wearing a hood to keep him calm, he handled the trip very well and arrived safely back in his home territory shortly before 11 am. Jackie, Orton, and the Mayo Clinic Falcon team quickly walked a couple of blocks to the Plummer building, which is directly next to the Mayo building which houses the nest box. We quickly went up to the 16th floor, and removed the leather straps called jesses and the hood, and walked outside to the south side of the Plummer. After a few quick photos were taken, Tom Behrens, Facility Manager at Mayo and who has been involved with the Peregrine program for nearly 30 years, was given the opportunity to release Orton. On the count of three, Tom gave Orton a quick lift into the wind, taking off with strong wing beats and the desire to get away from us.
Within seconds, the male fledgling "Orville " came off a nearby rooftop to investigate but quickly decided to change his flight pattern and flew to the nestbox. Meanwhile Orton perched atop the nearby Gonda building for ~10 minutes to survey the land and get his bearings. He was joined by his mate Hattie and the pair reestablished their pair bonds through an amazing aeriel display. Another fledgling came onto the scene, and there was again a bit of reminding the youngsters that dad was back, and hopefully, there to stay!
MANY people were involved in this happy return-the individual who noticed Orton was in trouble, wildlife rehabilitator Foxfeather who did the rescue and transport, the staff and volunteers at The Raptor Center for treatment and exercise for his return, and the falcon team at Mayo for giving access to Jackie for the monitoring support since his injury and their continued support since 1988 for peregrines.
Fly high and fly free Orton!

TRC staff placing Orton on a perch for transport back to Mayo. 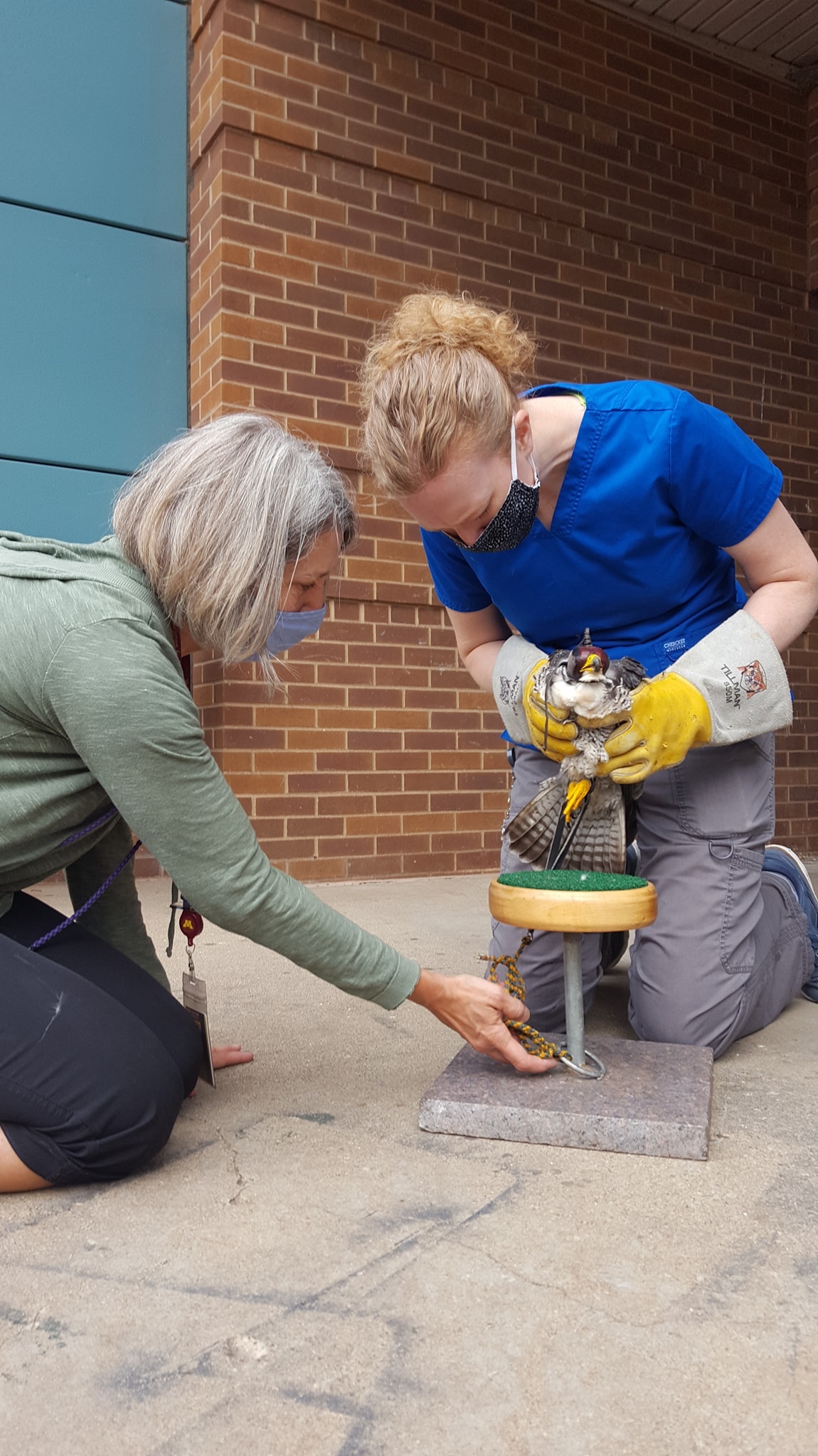 Orton decided after a few minutes that a new hood was required and a fist was better than the perch. 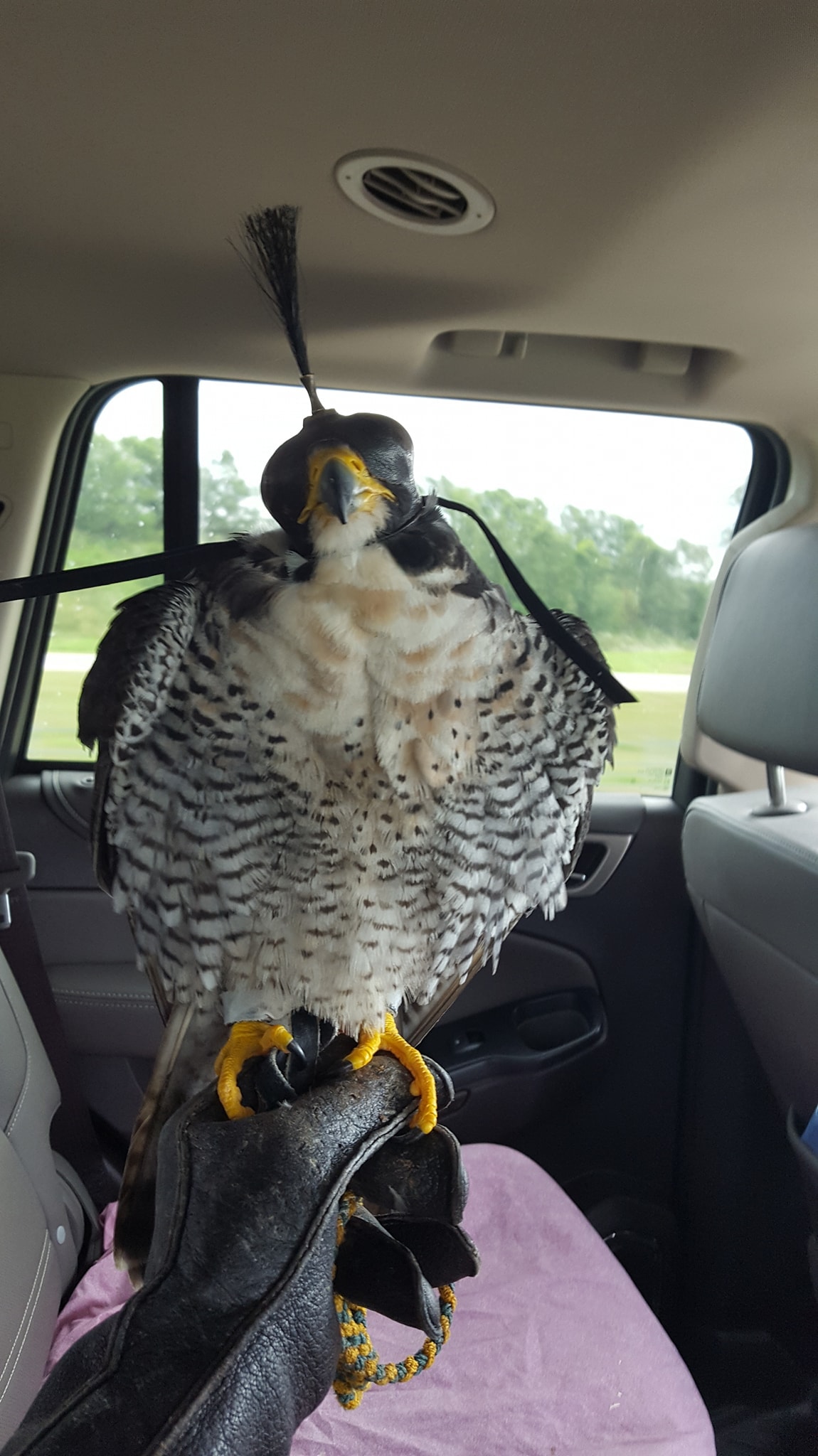 A quick photo in front of the beautiful Plummer Building. The original hack box was on this roof in 1987-8. 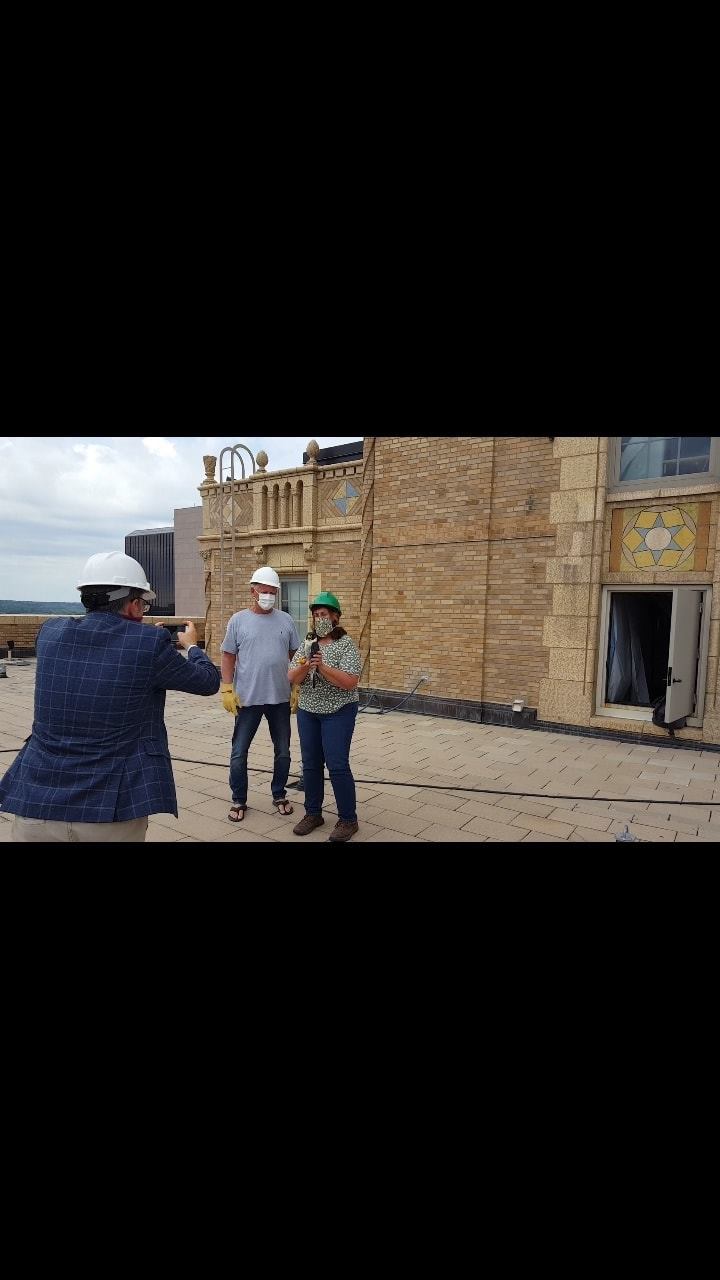 One last look before release.

On the count of 3 Orton was off, flying high and strong. 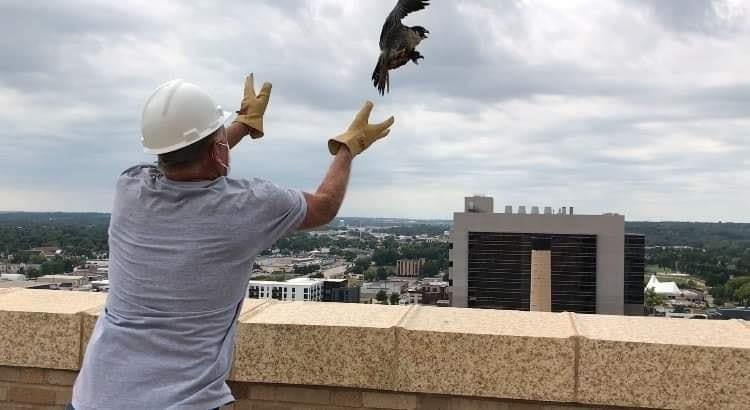 The view of the nest box on the Mayo building, from the 16th floor of the Plummer building. 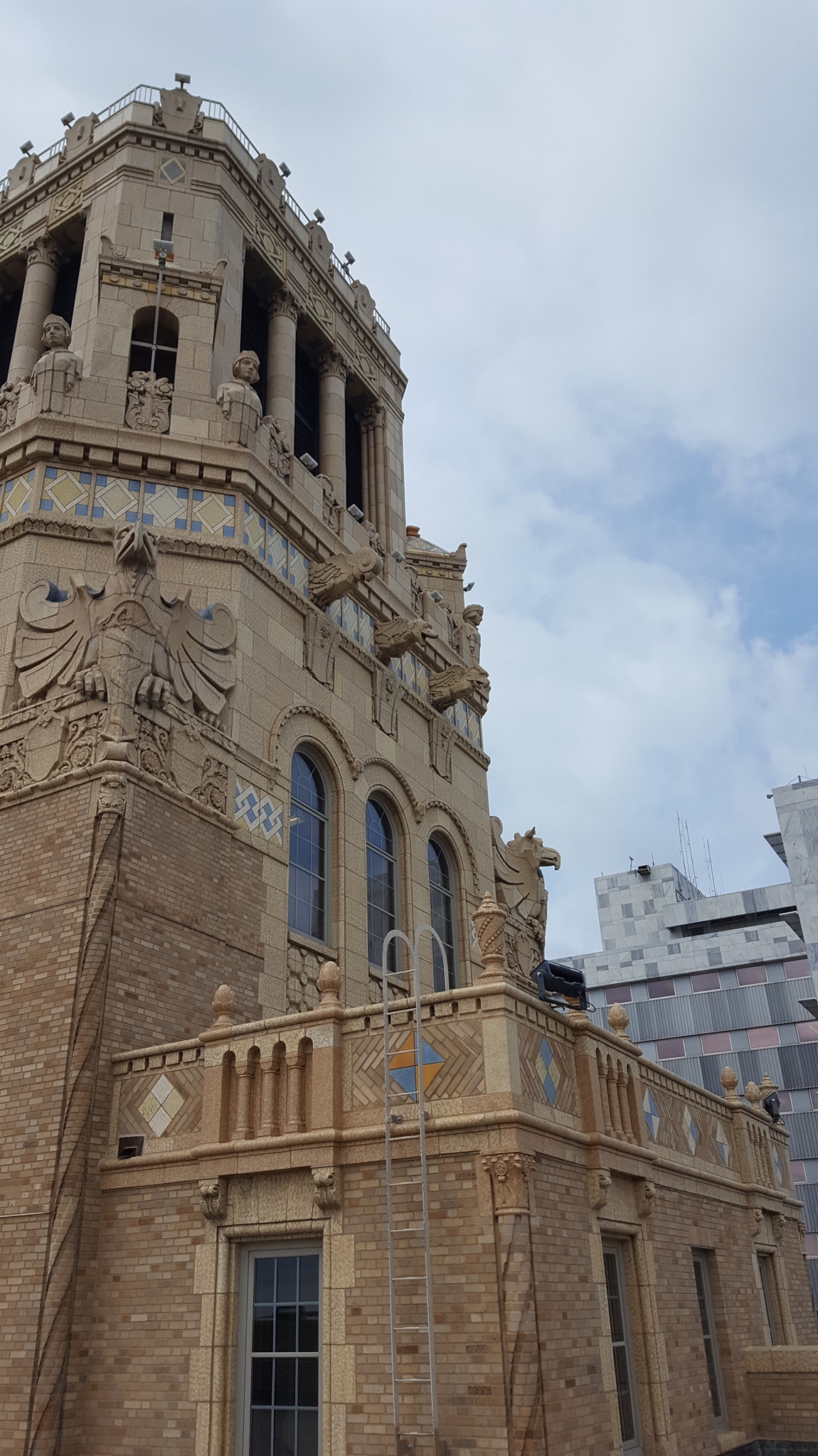 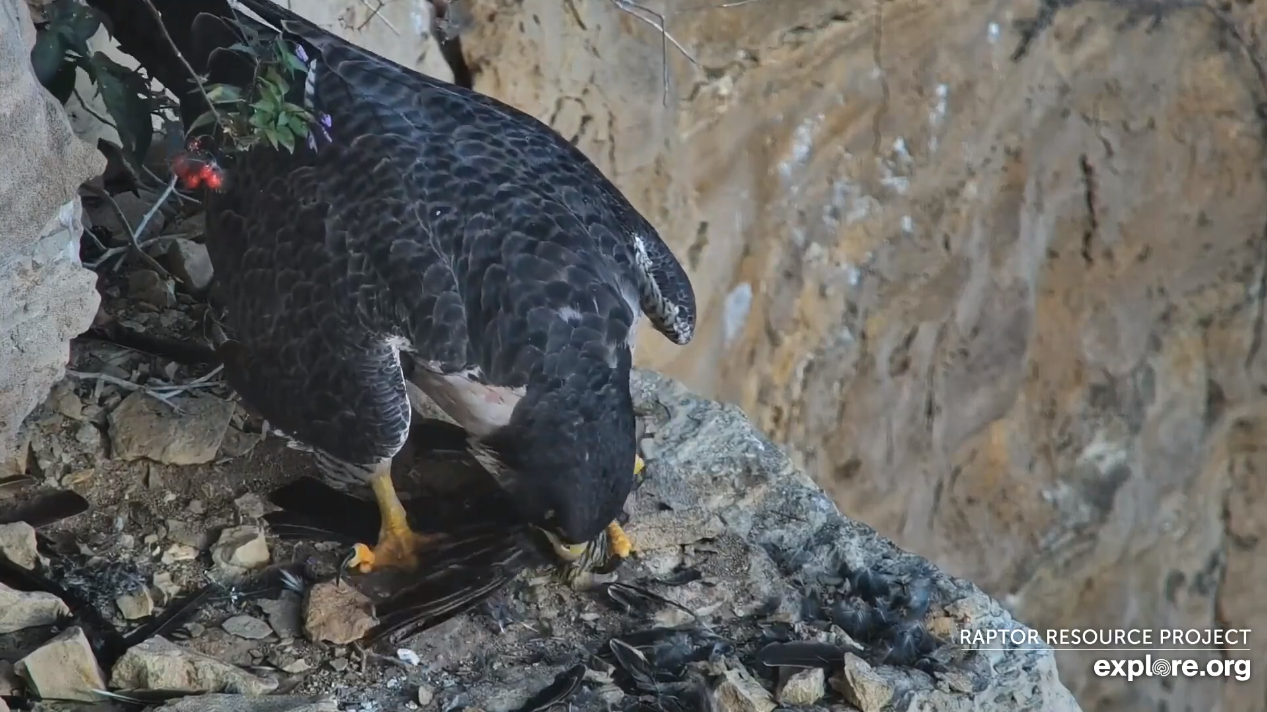 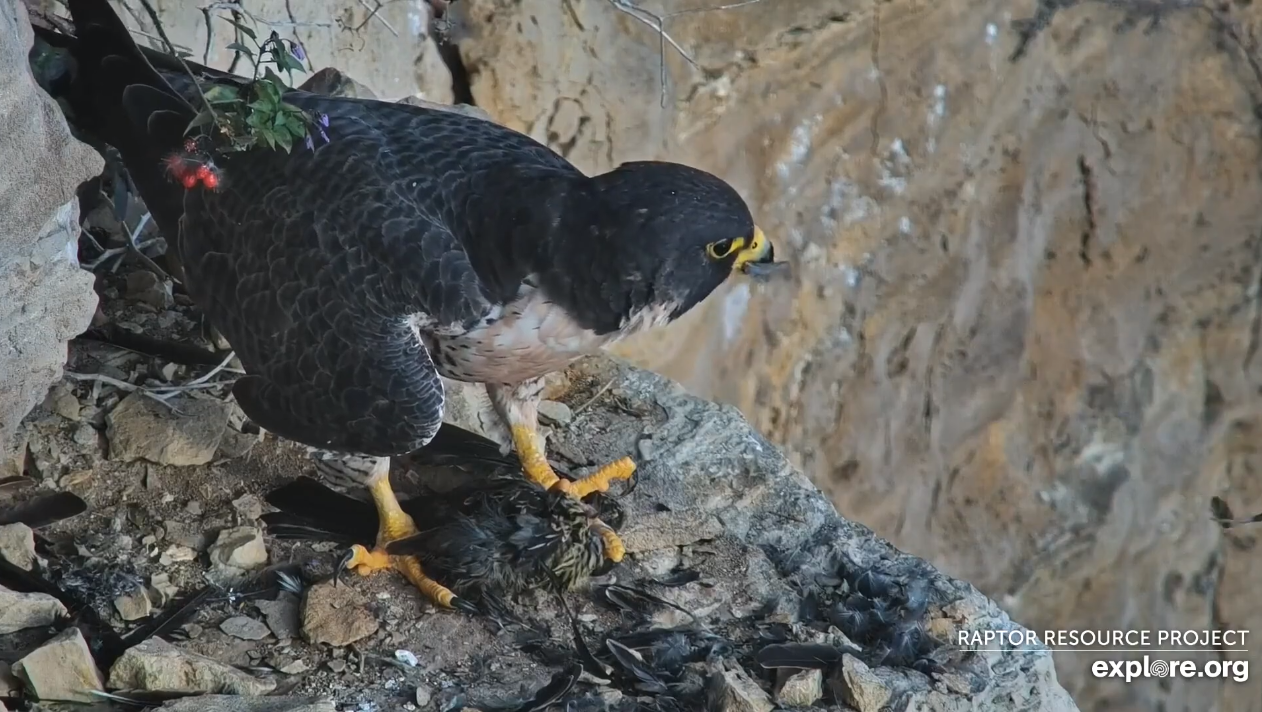 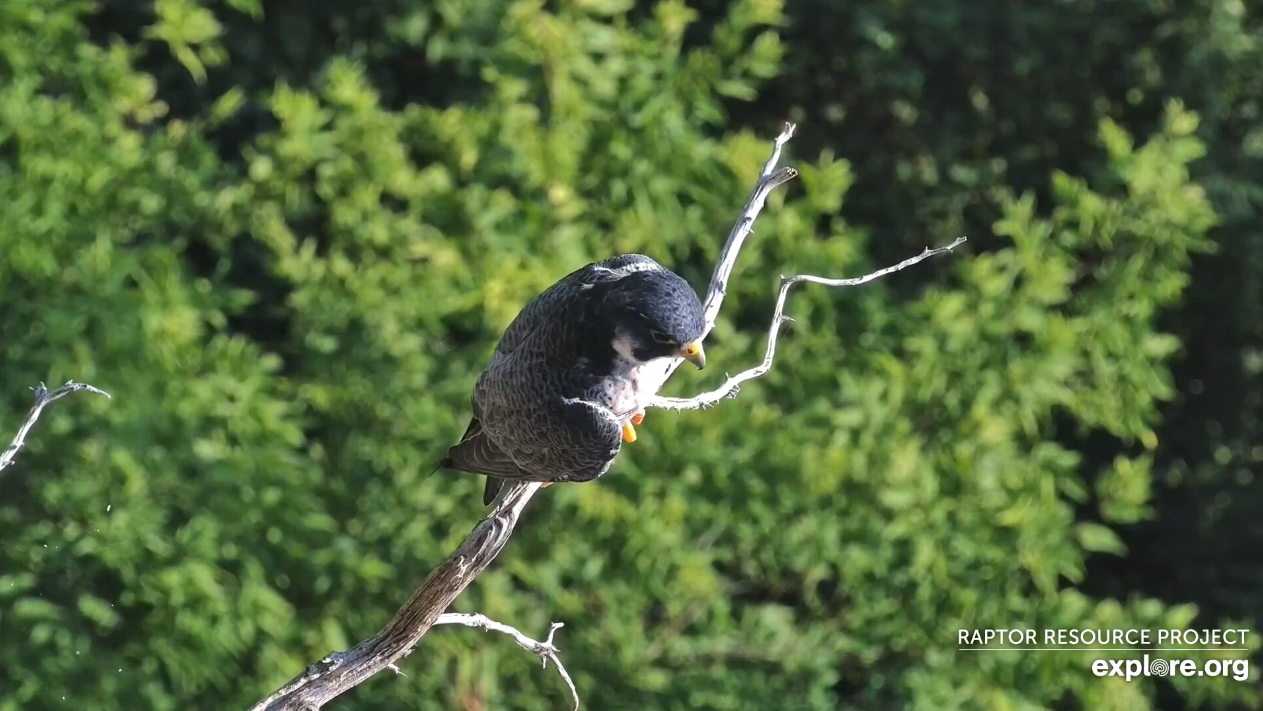 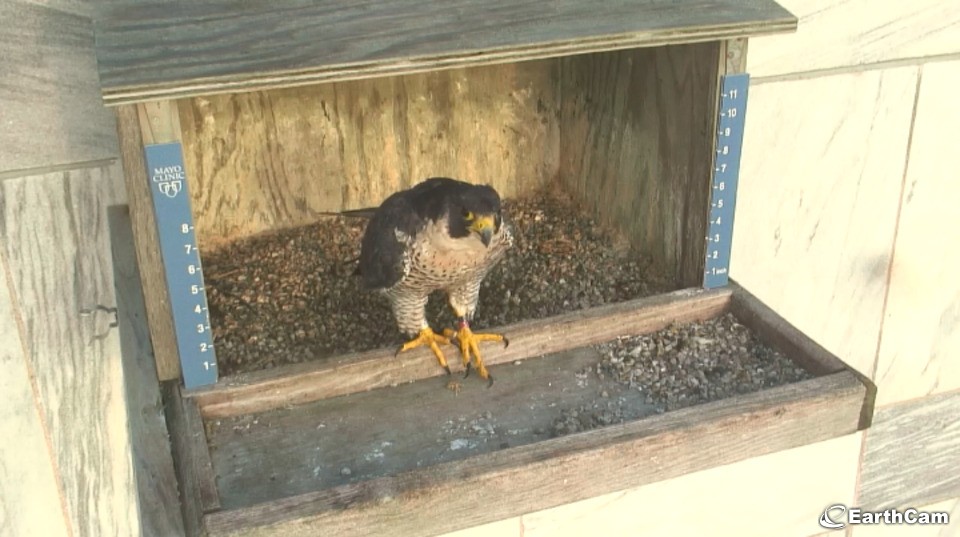 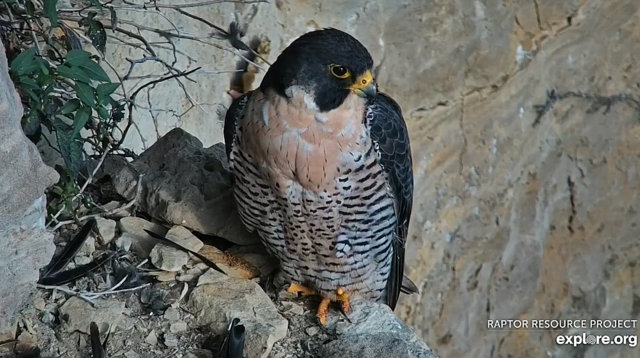 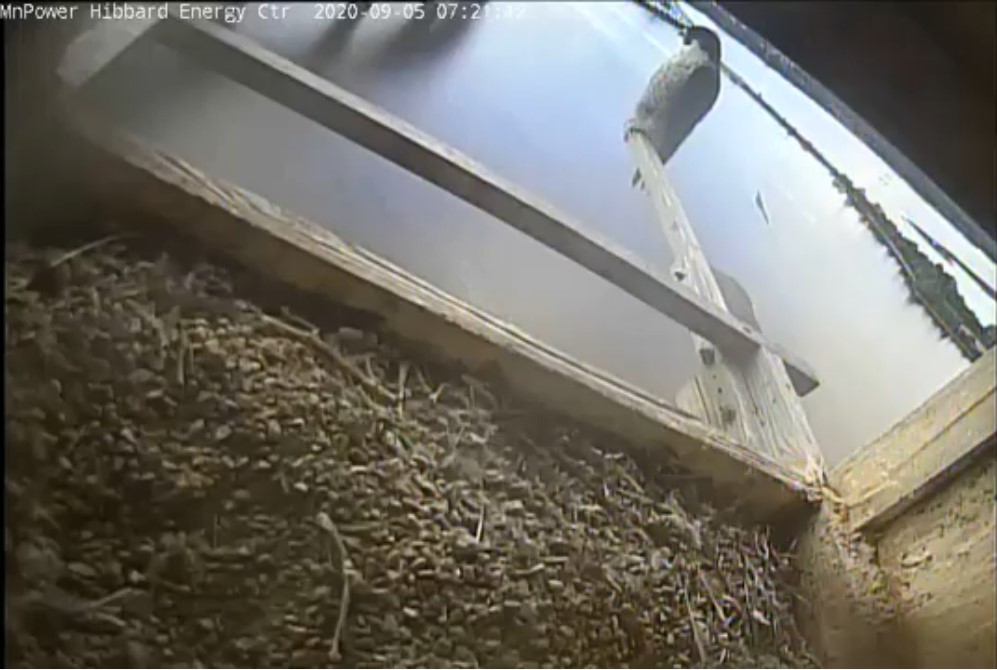 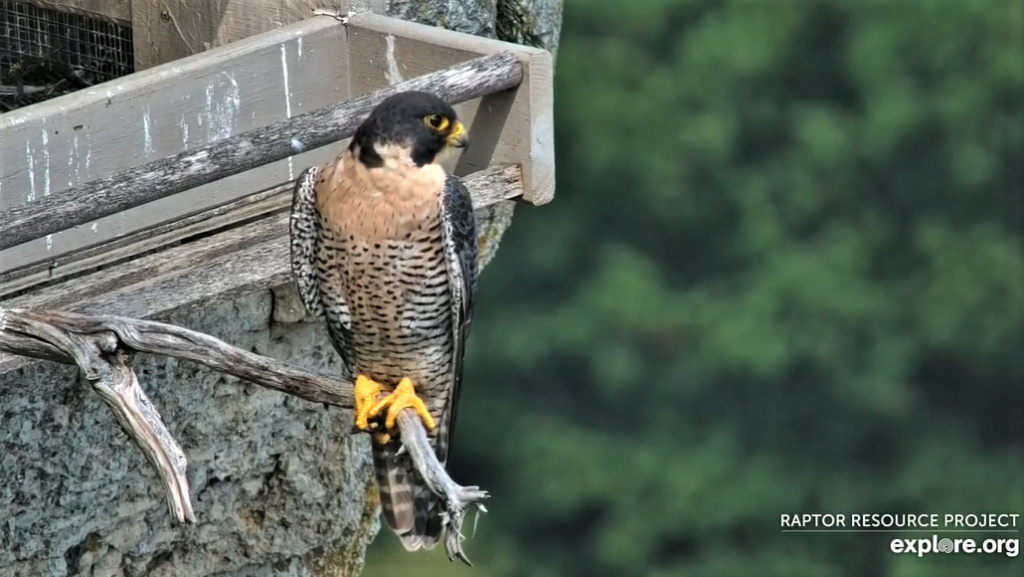 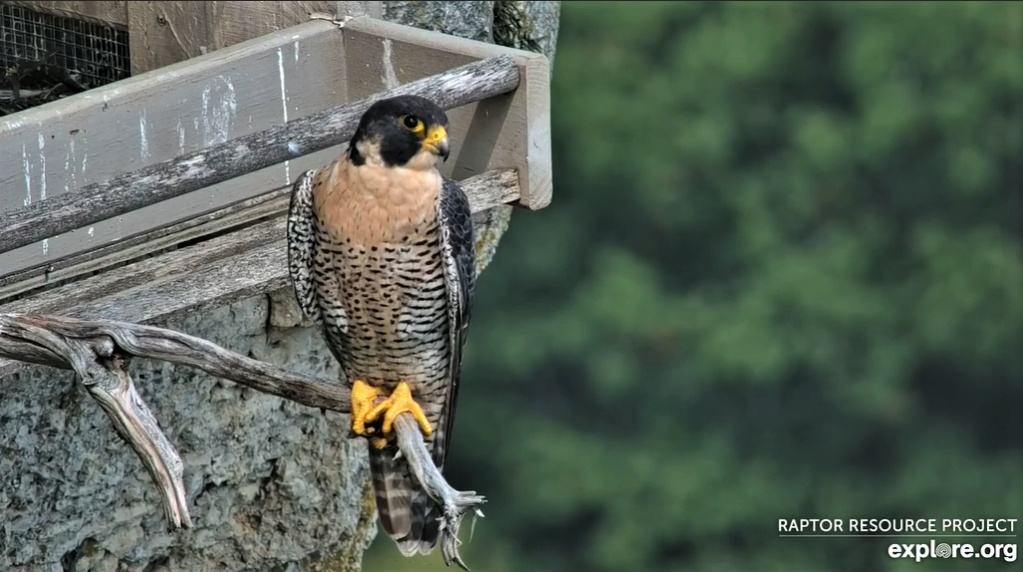 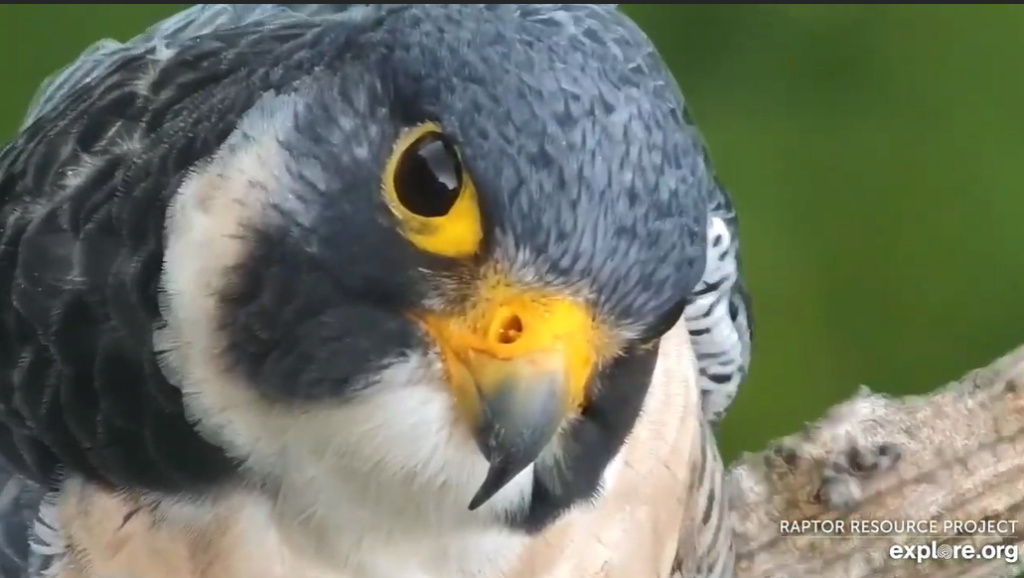 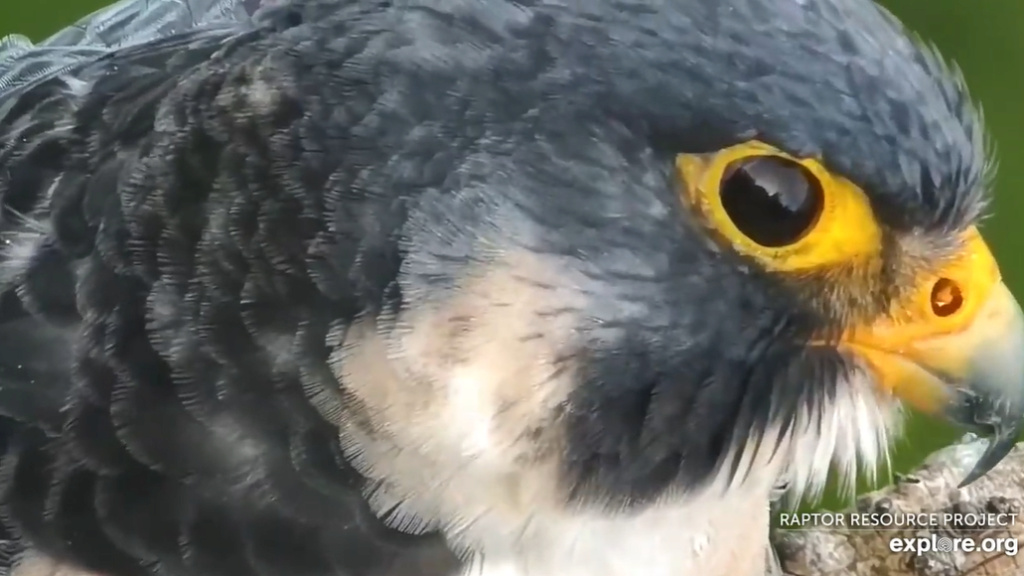 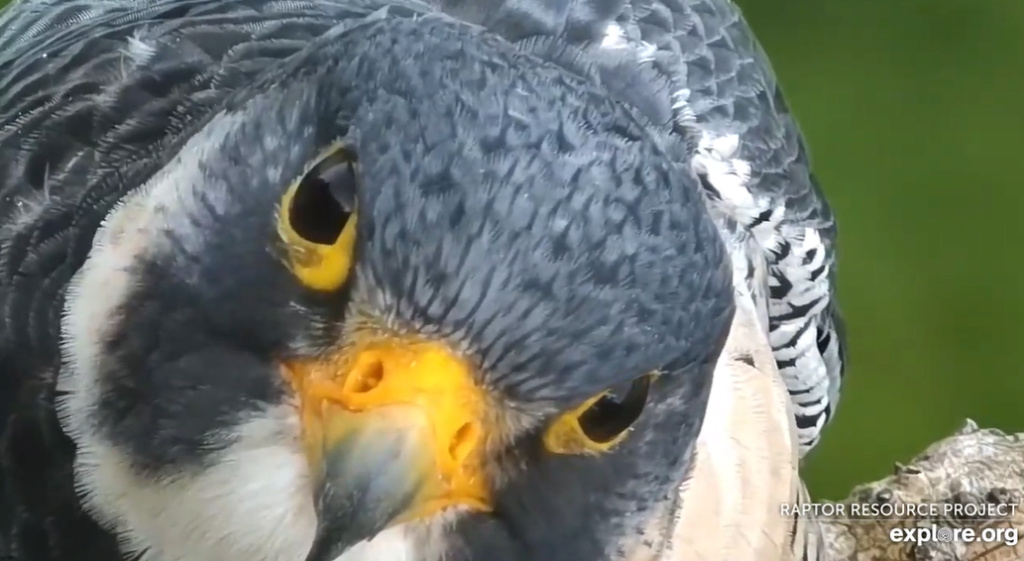 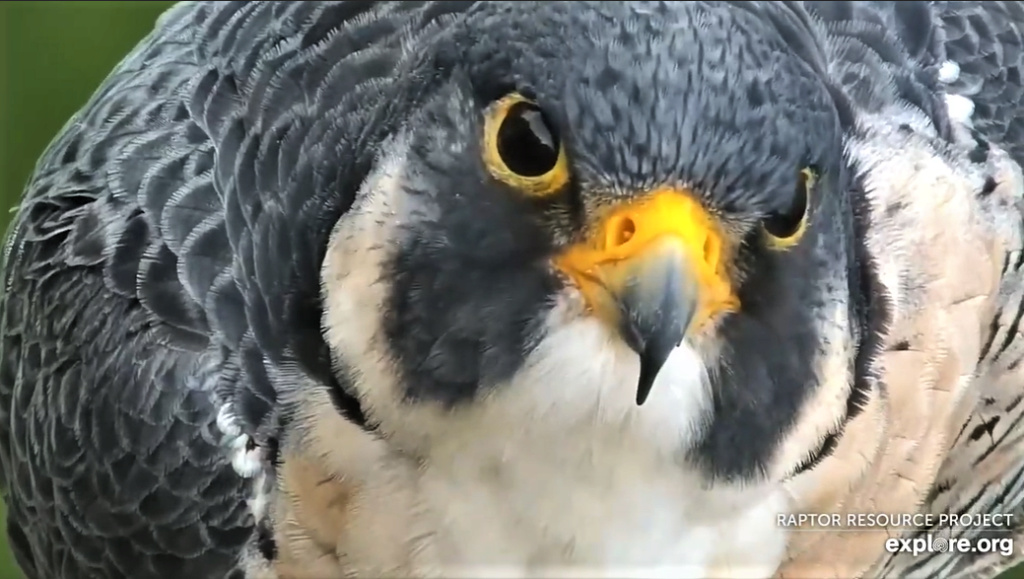 Soortgelijke onderwerpen
» From the Jak Pos, a great article, worth your while to read.....,